In Osaka, we began by visiting the famous shopping and food areas like Shinsaibashi, Dotonbori, and Namba. I wasn’t really there to shop so we mostly walked through the shopping streets. I’m also told that at night it is not very enjoyable walking through this area alone as there are many shady characters trying to get “business”. 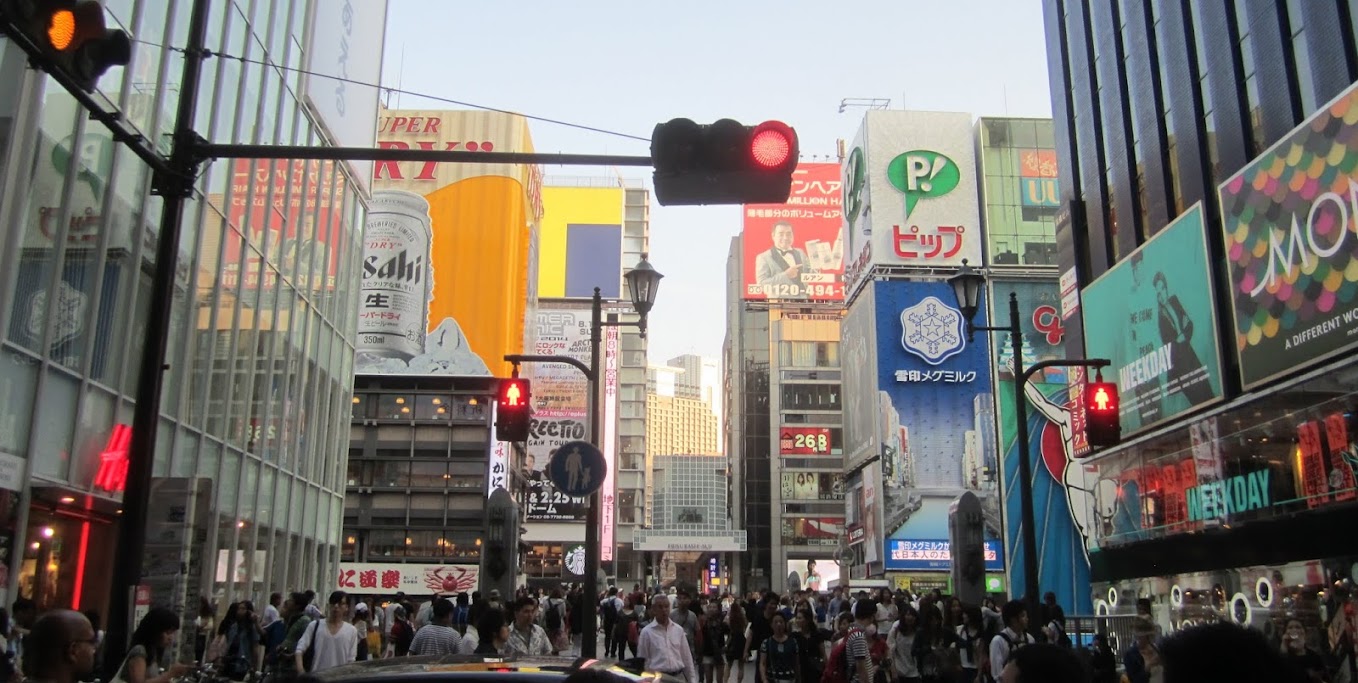 The best food we ate in Osaka was definitely Yakiniku at a place called Sora (空), which means “sky”. Pieces of pre-marinated meats are cooked on the grill, and everything was delicious.

Even though we were not in Hiroshima, we got to eat Okonomiyaki again. This time, there was a grill at our table and a server at the restaurant cooked it for us while we watched.

Osaka is also famous for deep fried skewers using different foods like chicken, squid, and veggies. The skewers are served with a special sauce and according to the local culture, double-dipping is highly frowned upon. We at this at a famous Japanese skewer restaurant called Daruma (だるま) with some friends in Osaka. My personal favourite was the kind with intestines.

Osaka Castle is another well known landmark in the city. Since the many wars that the castle has been involved in since its construction in the 16th century, the castle has now been restored and the inside has been converted into a museum with a rooftop observation deck. 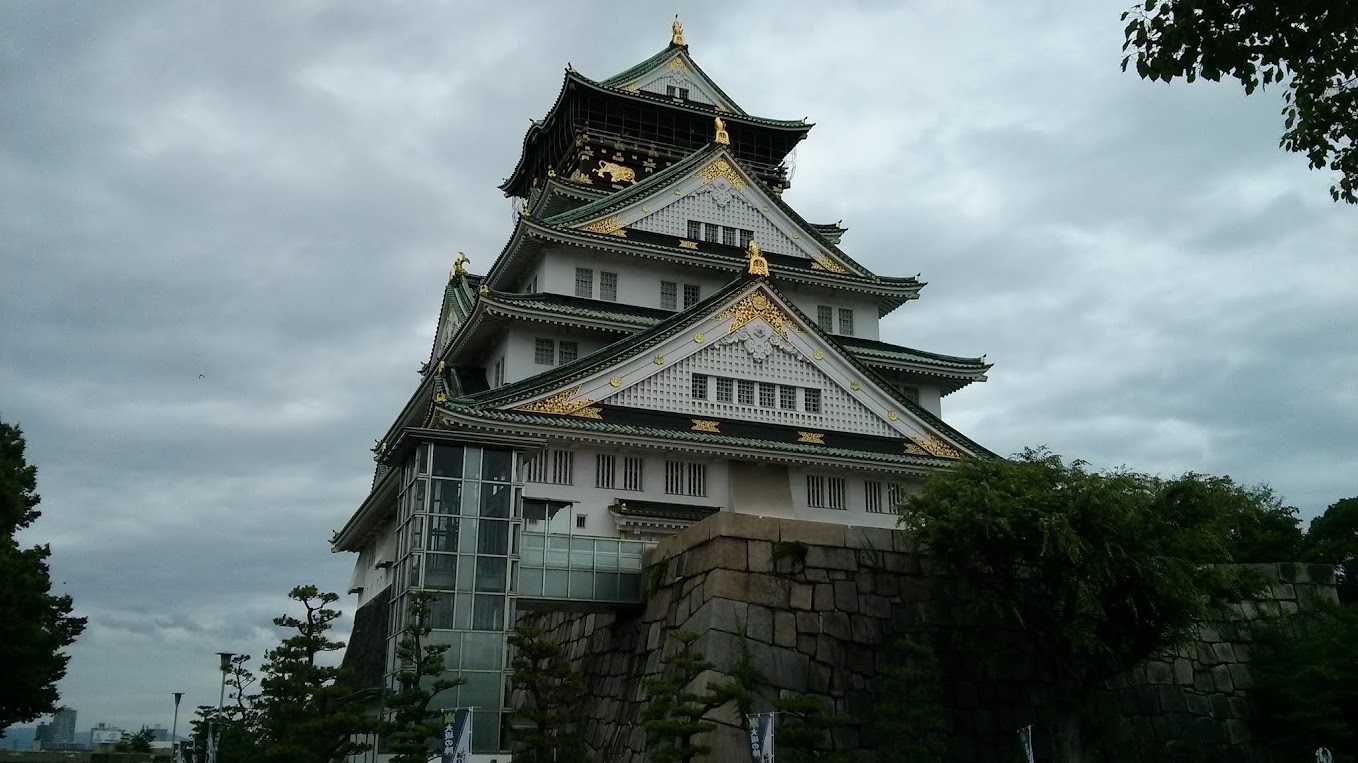 We also visited the Osaka Science Museum. It was full of interactive exhibits that taught various concepts in the natural sciences, like magnetism, sound, air drag, and chemical reactions. The best exhibit was definitely the one on nuclear fission. 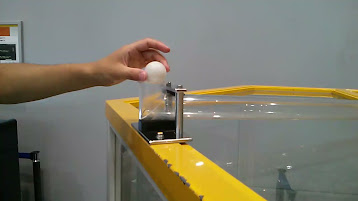 Takoyaki, another one of Osaka’s local delicacies, was also something we had to try. The ball is made of a batter and inside it, there are bits of octopus meat, and the entire thing is cooked in a special Takoyaki grill. After it is cooked, Takoyaki sauce and mayonnaise is added. It is interesting to eat since the outer shell is quite soft, but the octopus is not. The sauce also adds some sweetness to the flavour.

While I was no stranger to Takoyaki since I have had it previously, we got to try a kind that used egg for the outer shell rather than the batter. It was definitely new and special, but I have to say the regular kind was way better.

We also stumbled onto a restaurant called the “International Beer Museum” that had different beers from around the world on tap. It had been a long time since I had a Helles, so that’s what I got. I also realized that I haven’t been posting much about Japanese beer and the reason is that it is quite easy to get the same name brands in Vancouver (with the exception of Suntory Premium Malt’s) and they taste the same too! 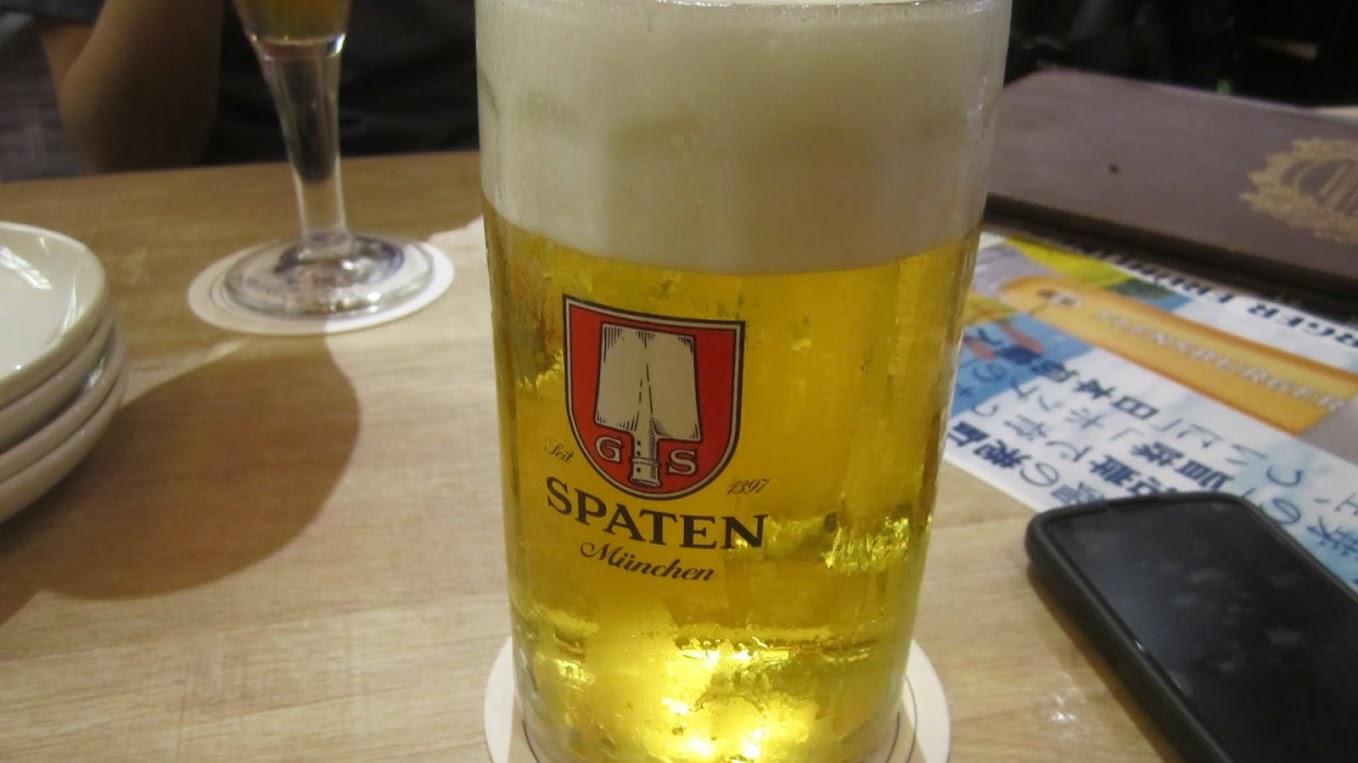 I also didn’t think I’d be able to eat Currywurst in Japan either. Needed way more sauce though, but I understand that kind of sauce is probably hard to come by in Japan.

And I also didn’t think I’d see an Asian person wearing Lederhosen either.