The last time I went to Universal Studios was in California when I was 12. It was nice coming back years later and seeing the same rides that I had such fond memories of as a child. Even though this one is in Osaka, it felt like it took the best rides from the one in California (at least from 10 years ago) and put them in Japan. Warning: lot’s of spoilers for the rides!

Back to the Future is definitely one of my favourite movies and since USJ had this ride there, I had to go (even if I saw it as a kid). It was a motion simulator ride where everyone sat in a Delorean that shook as the car traveled through time to places like Hill Valley in 2015 and eras like the time of the dinosaurs. Unfortunately, the dialogue was all in Japanese!

The Delorean outside the ride definitely attracted a lot of attention too.

Parts of the park was designed to look like an American city, but with one big difference: the streets are much cleaner in Japan. Part of this pseudo-American town was a recreation of Fisherman’s Wharf in San Francisco. 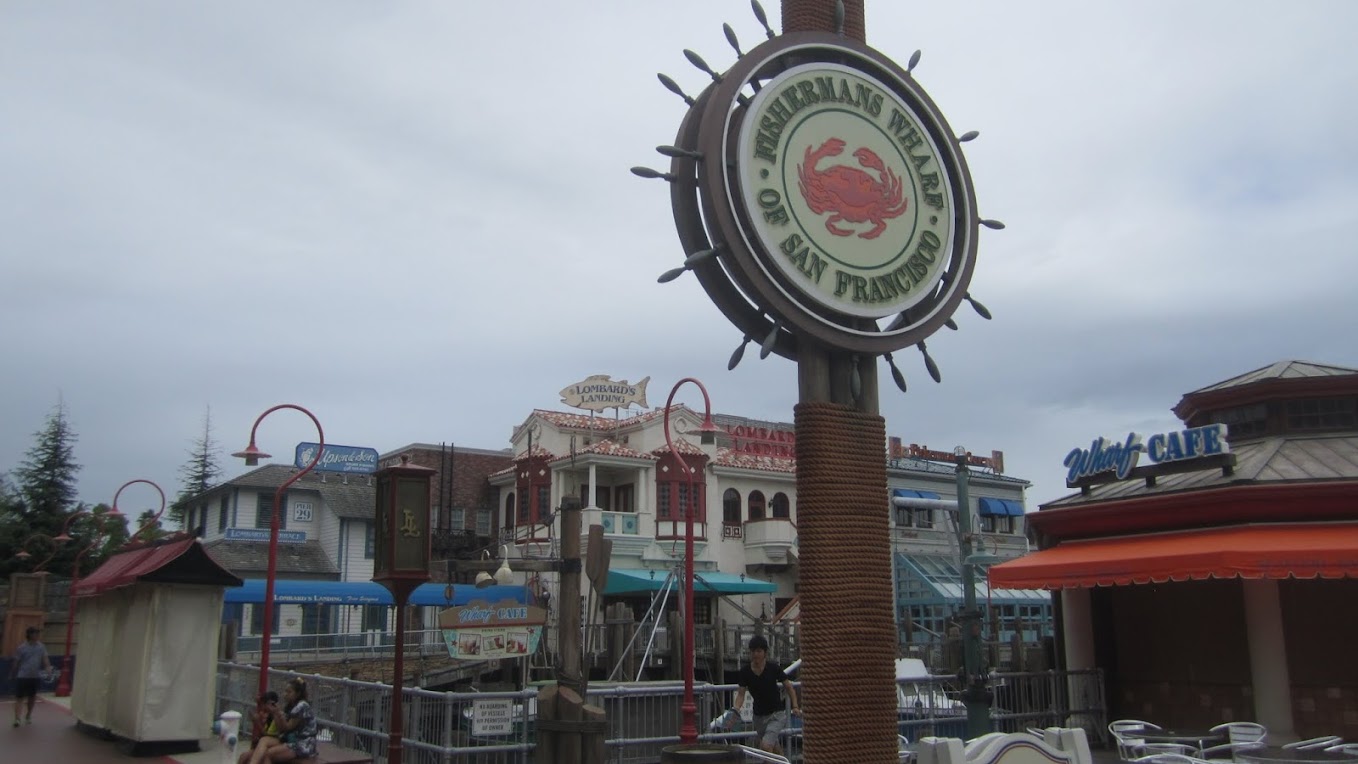 The big gate into Jurassic park with the vegetation was a really nice touch too.

They really did a good job in making people feel like they were actually there – complete with a 10,000V electric fence, a broken jeep and raptors.

The Jurassic Park ride was really awesome too. As the roller coaster passes the destroyed gate and electric fence, dinosaurs begin to appear, and they are screaming and roaring. The acid spraying dinosaurs spray water at the visitors, and of course at the end, the almighty T-Rex appears as the roller coaster goes through a steep drop into the water, making a huge splash. I was soaked at the end of the ride.

I forgot how awesome Terminator 3D was when I was a kid. It was cool to see Terminators at the side of the theatre light up and start shooting things. Even cooler was when the screen showed Arnold riding a motorcycle and then having a real motorcycle come out of the screen and appear on stage fighting another actor playing T-1000. 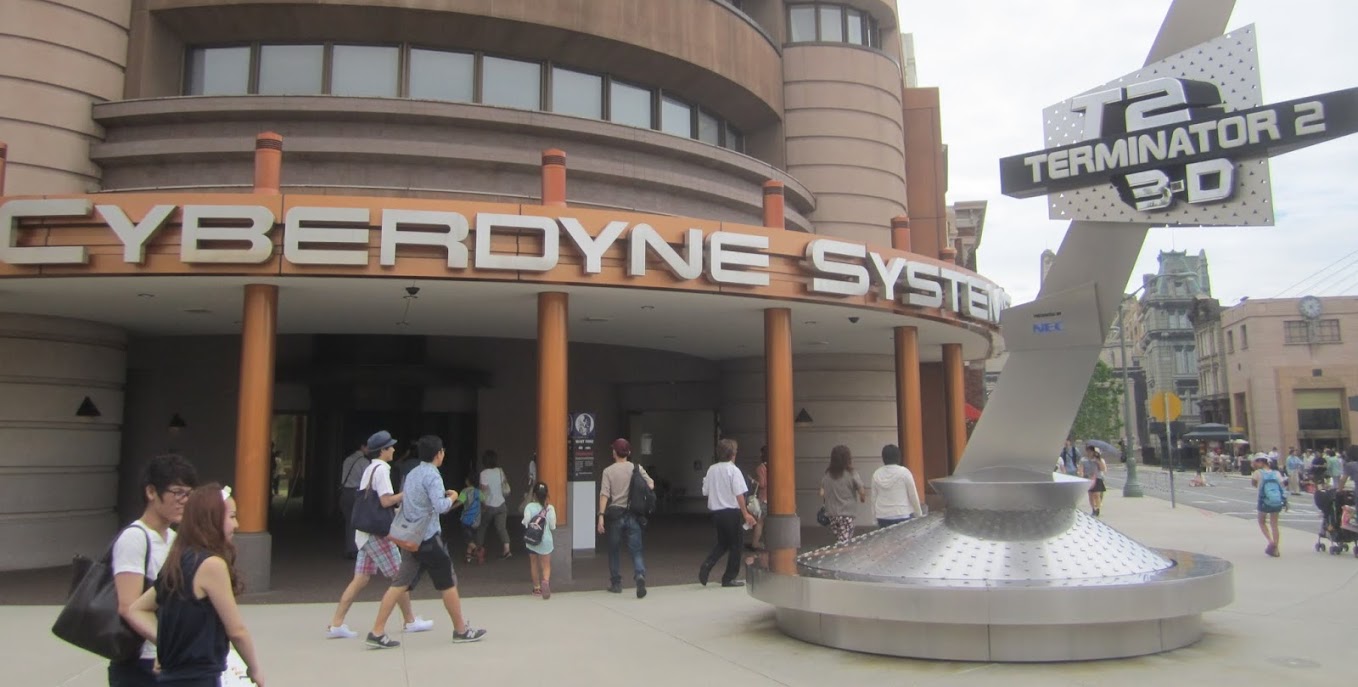 At the Jaws ride, naturally there’d be a large shark on display right outside of it. The ride took visitors on a boat ride as the shark attacks. The boat driver, wielding a shotgun, begins to defend the passengers. Lots of splashing, with a fiery ending.

Because it is Japan, there has to be cute stuff and that is Snoopy. There aren’t many things cooler than flying Snoopy’s.

If people like old school American-style diners, they have that here too!

Definitely worth a visit if one is willing to spend 7000 yen. I certainly enjoyed reliving the same things I saw when I was a kid as an adult and it gave me quite a huge feeling of nostalgia.