Just spent a week on the island of Oahu in Hawaii with a high school friend who used to go to school here, so I had a pretty good tour guide!  Along the way, we met up with some friends and just hung out with them.

Fun fact: Hawaii is not part of North America, but rather Oceania.  Already on the flight in, Hawaii already looks beautiful.

On the North Shore of the island, sea turtles sometimes just chill out on shore.  They are endangered because people wanted to eat them and use their shells for superstitious medicine.  It is illegal to touch them and there is a fine for it if caught.

Here’s a picture of our nice rental car – a BMW 535i.  Notice how there isn’t a front license plate (not legal) 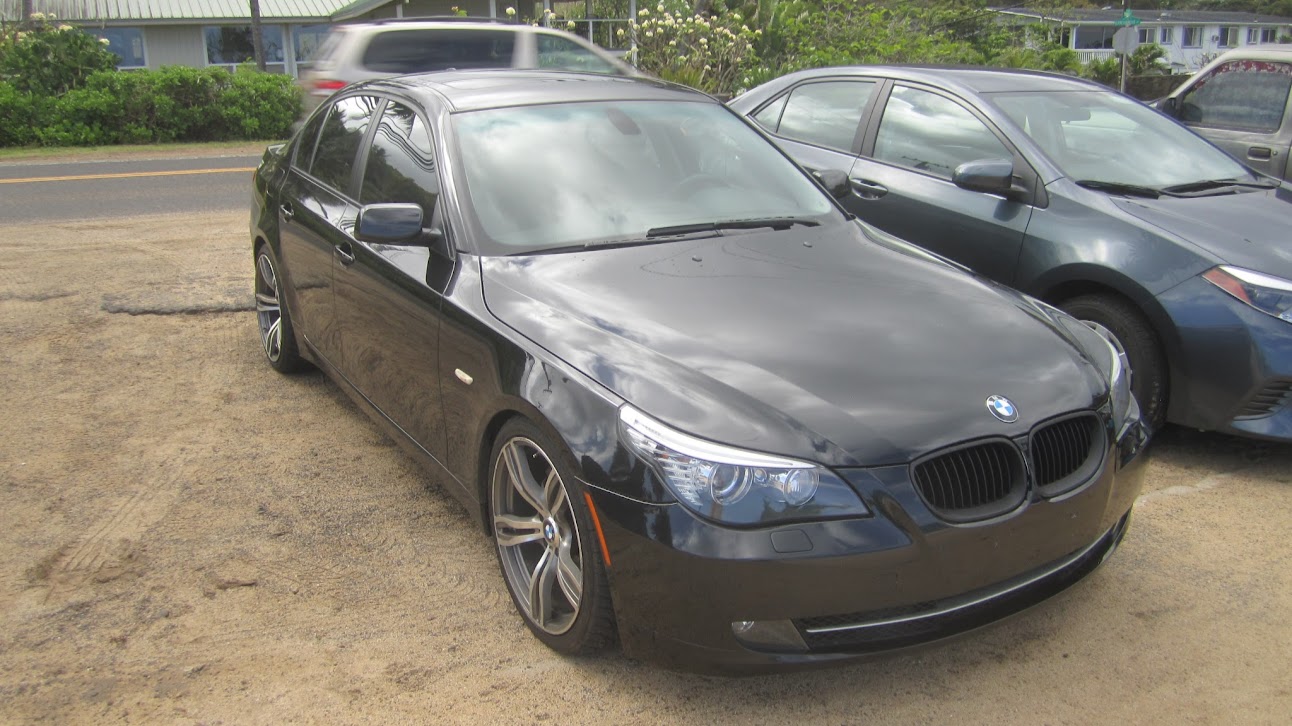 Parts of Oahu’s coastline has lots of these oddly shaped rocks (possibly some volcanic rock?) 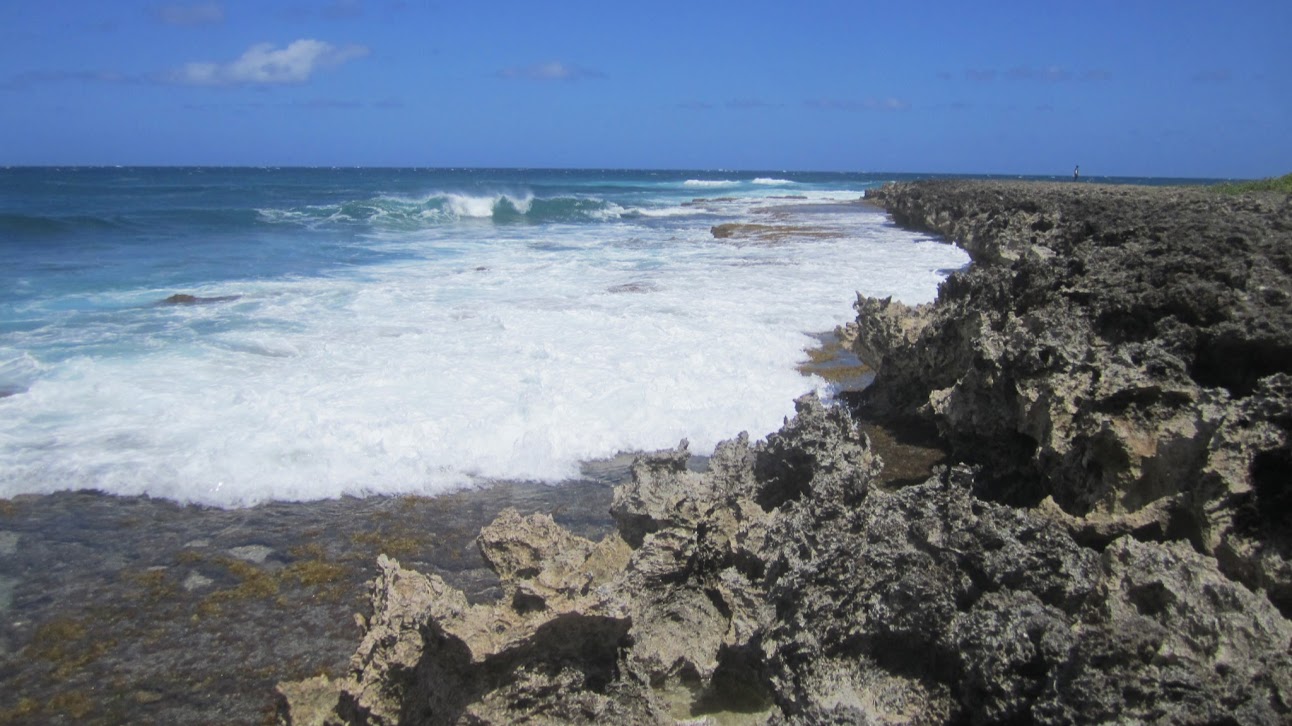 There’s also cool rock formations like this one at Laie Point.  We saw people here fishing, and jumping into the water from the cliff side – looks dangerous, but super fun. 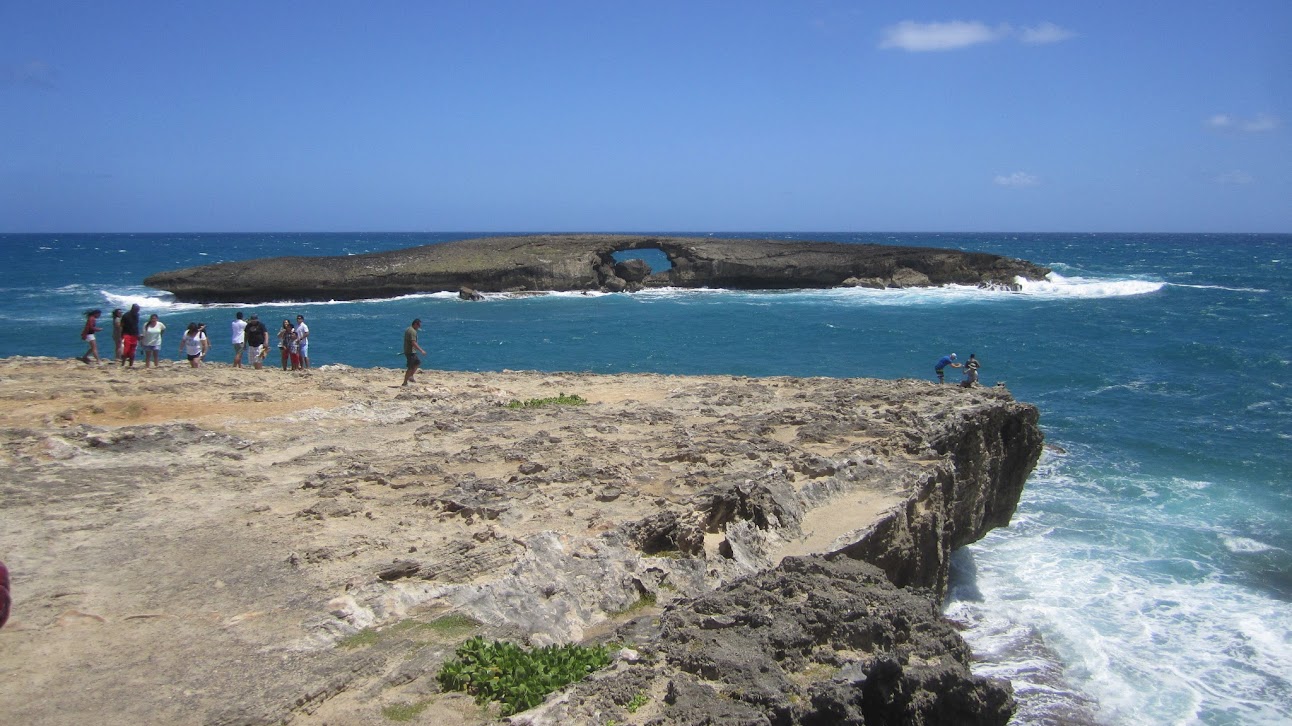 For hikes, not many people know about the Puu O Mahuka State Monument, where there is a semi-hidden path that leads to a really good view of Waimea.

There’s also the Pillbox Hike near Lanikai beach, which is a bit more touristy, but the view up there is really nice too.

Another well-known hike is the Diamond Head hike, which starts at the base of a crater all the way up to the top edge of it.  From there, there is a good view of Waikiki and the surrounding area.

Another hike, called the Makapuu Point Lighthouse Trail is another hike to see Oahu’s natural beauty.  At some parts of the hike, the mountain blocks the wind completely, so on a hot day, there is no breeze for cooling down, which makes this hike a little less enjoyable. 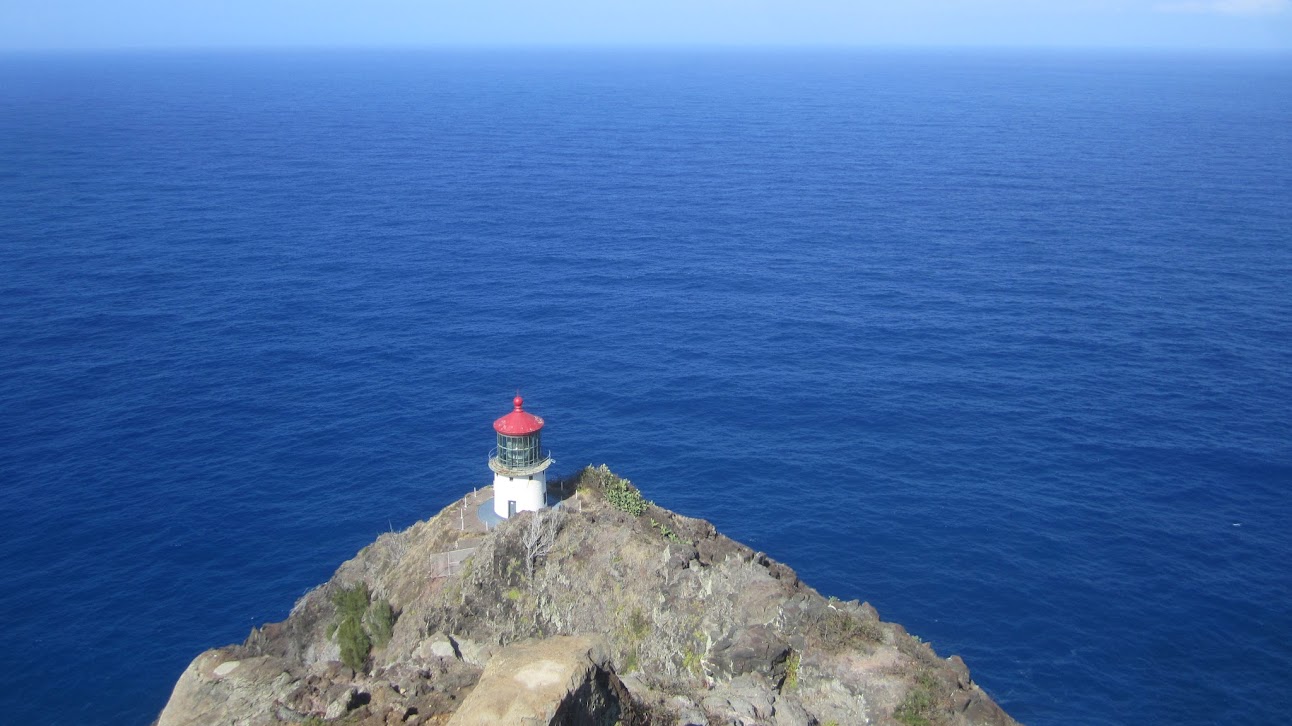 For a night view of Honolulu, we headed up to Roundtop Drive 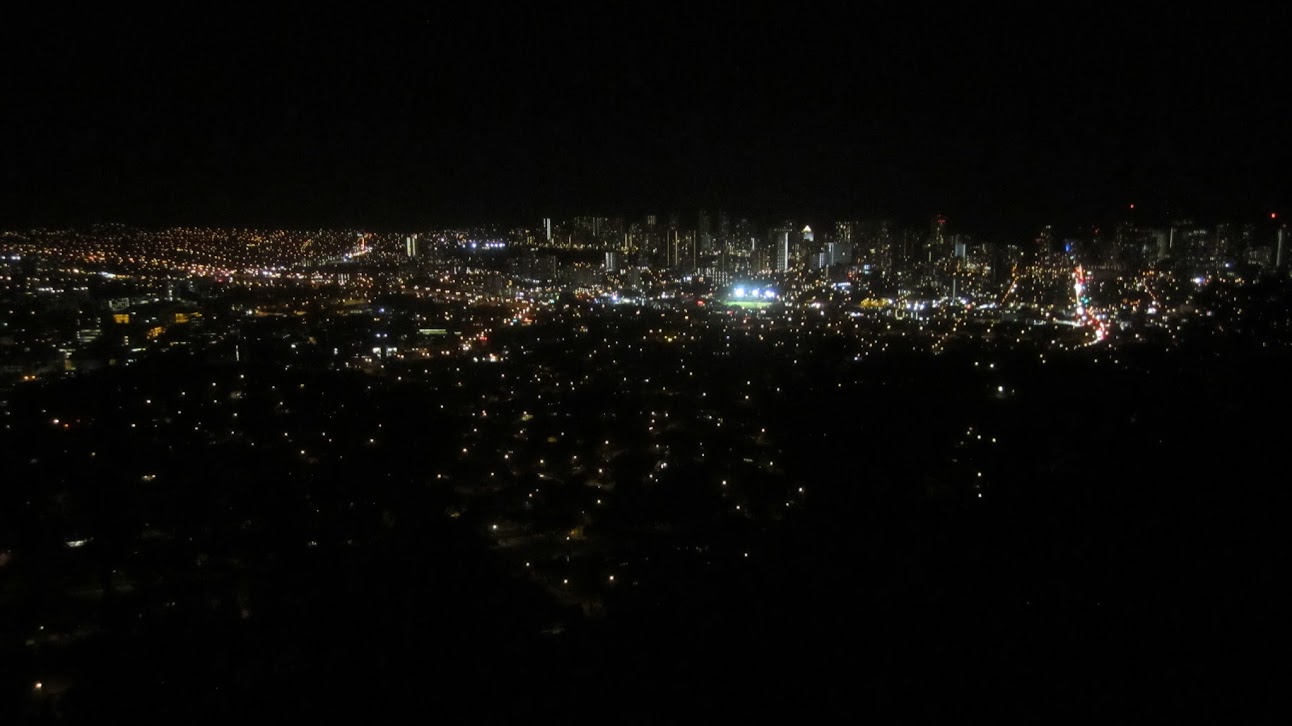 This is the best food in Hawaii.  It’s called Poke.  It’s essentially raw fish with spices on it – absolutely delicious when it is fresh.  The ones here are from a place called Fresh Catch.

Of course, there is also Pearl Harbor, the site where the Japanese attacked the United States in 1942. 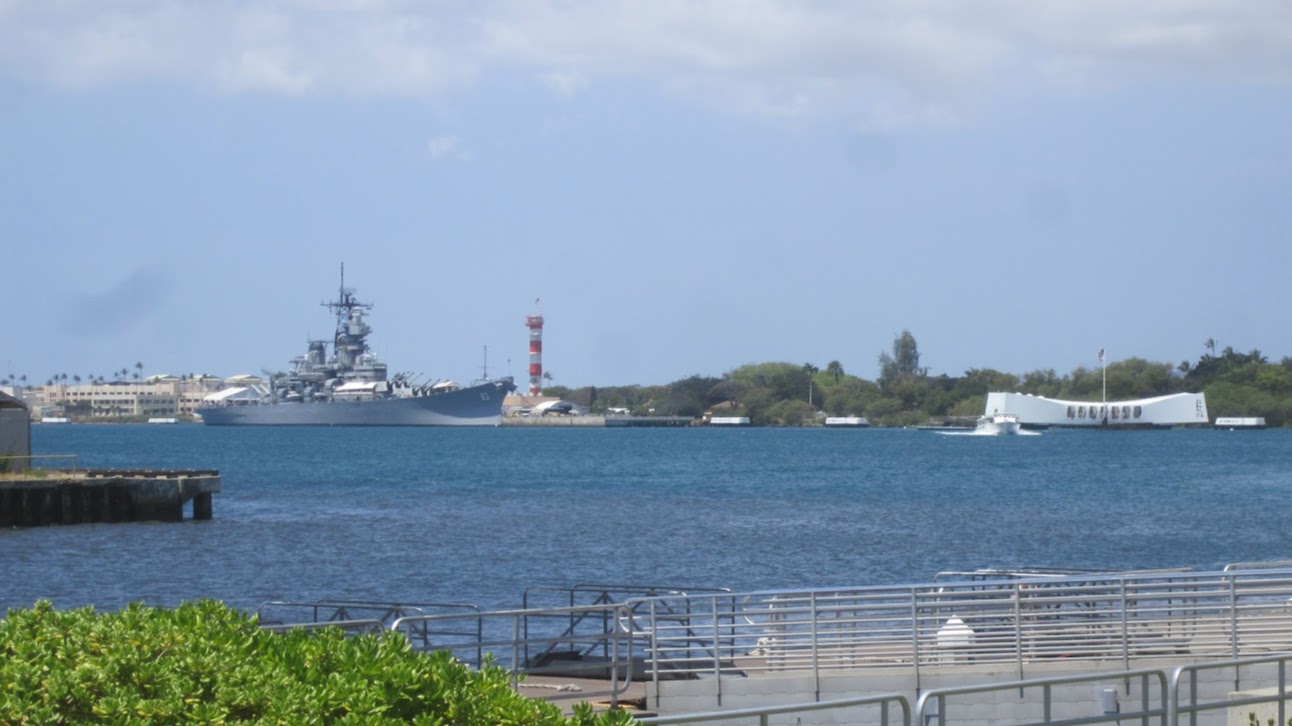 The USS Arizona Memorial is built on a sunken battleship, the USS Arizona.  Even now, pockets of oil still bubble to the surface. 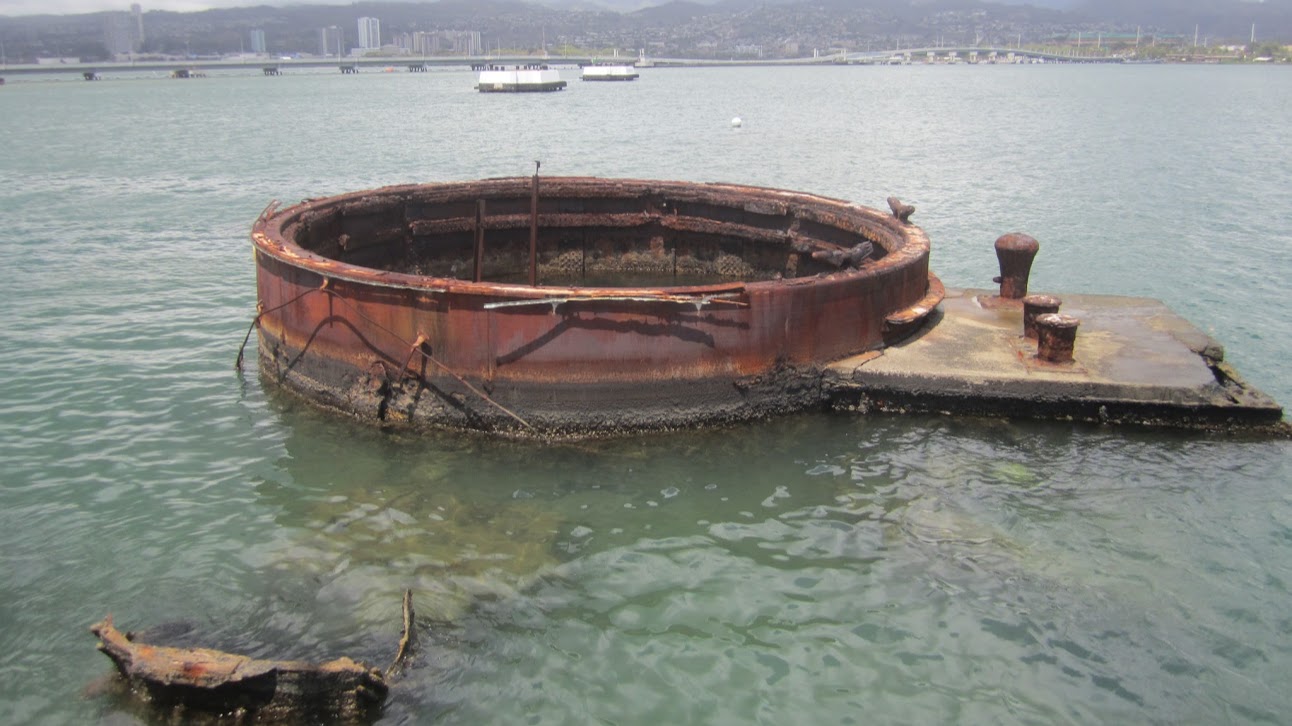 At the Polynesian Cultural Center, people can learn about the Polynesians and experience their culture through stuff like dance performances.  Too bad I couldn’t get a picture of their actual theater performance, where they did crazy tricks with sticks lit on fire. 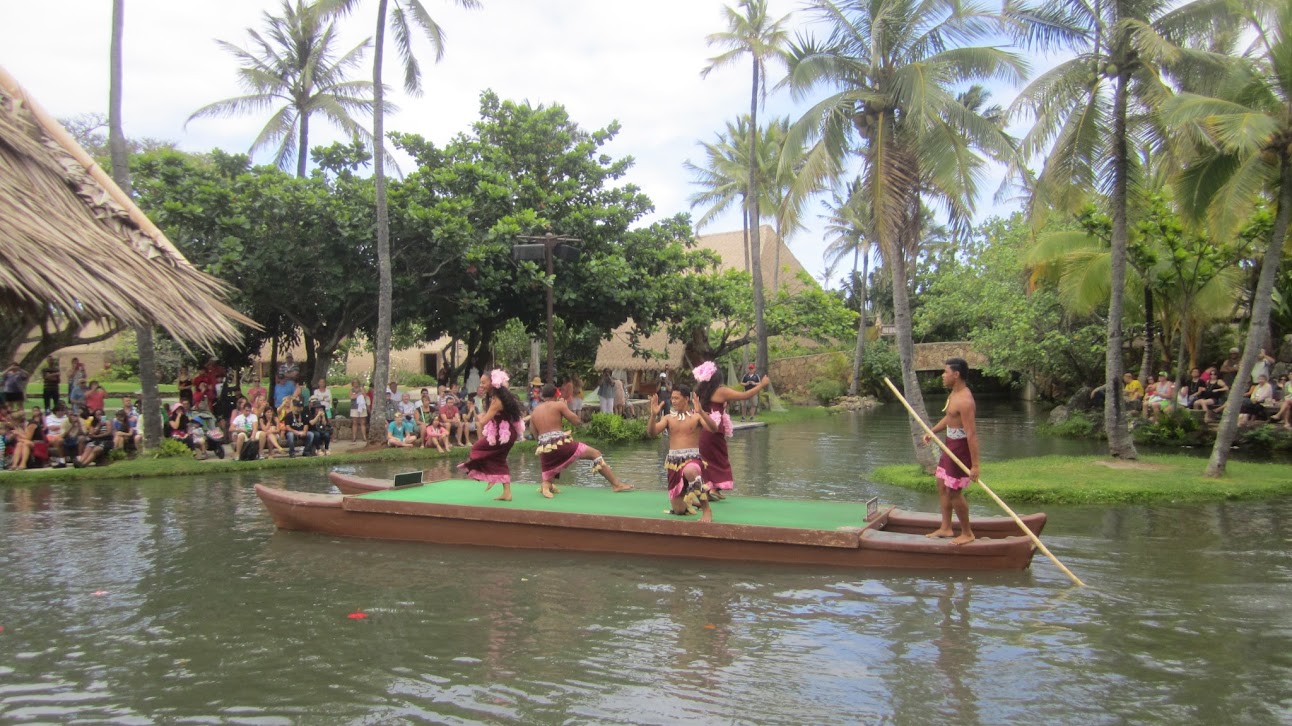 There is the stereotypical Luau, which is a buffet with a dinner performance (with more fire involved).  There’s good food like kalua pig, poke, salmon, chicken, etc. 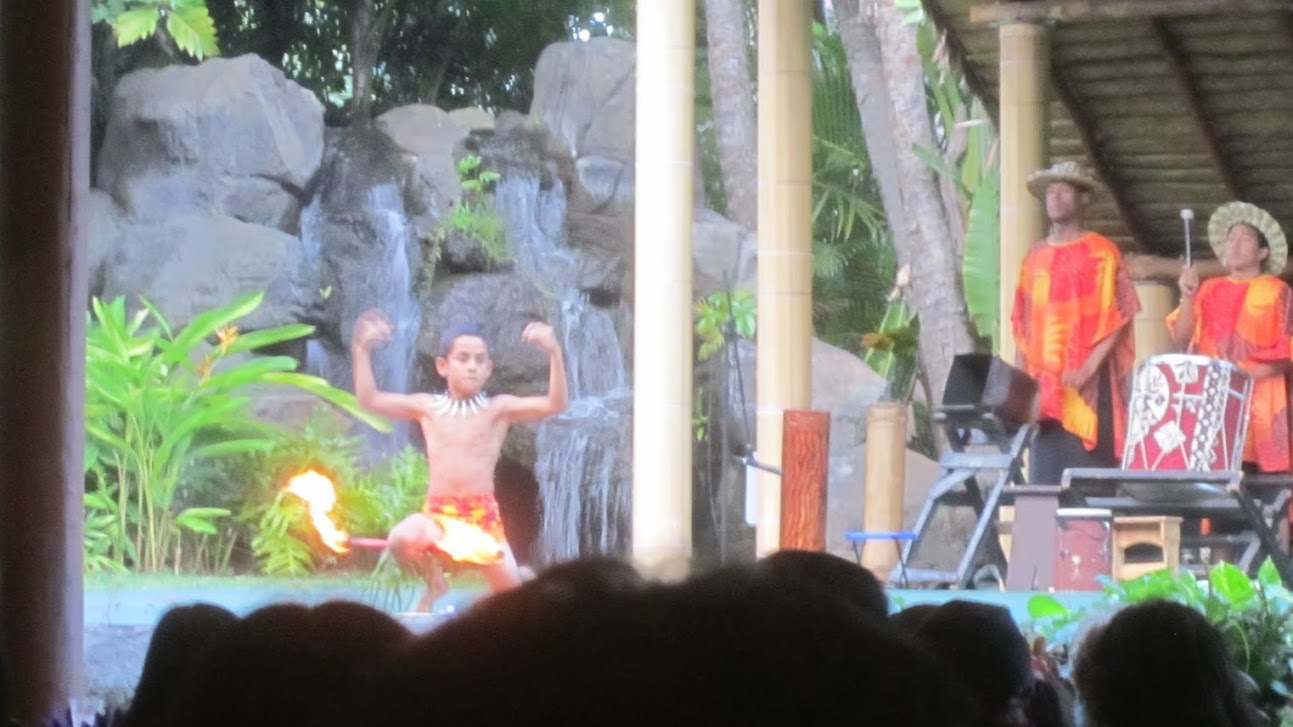 One thing that really surprised me about Hawaii is the amount of wild chickens everywhere.  I even got woken up in the morning by a rooster’s call in the morning. 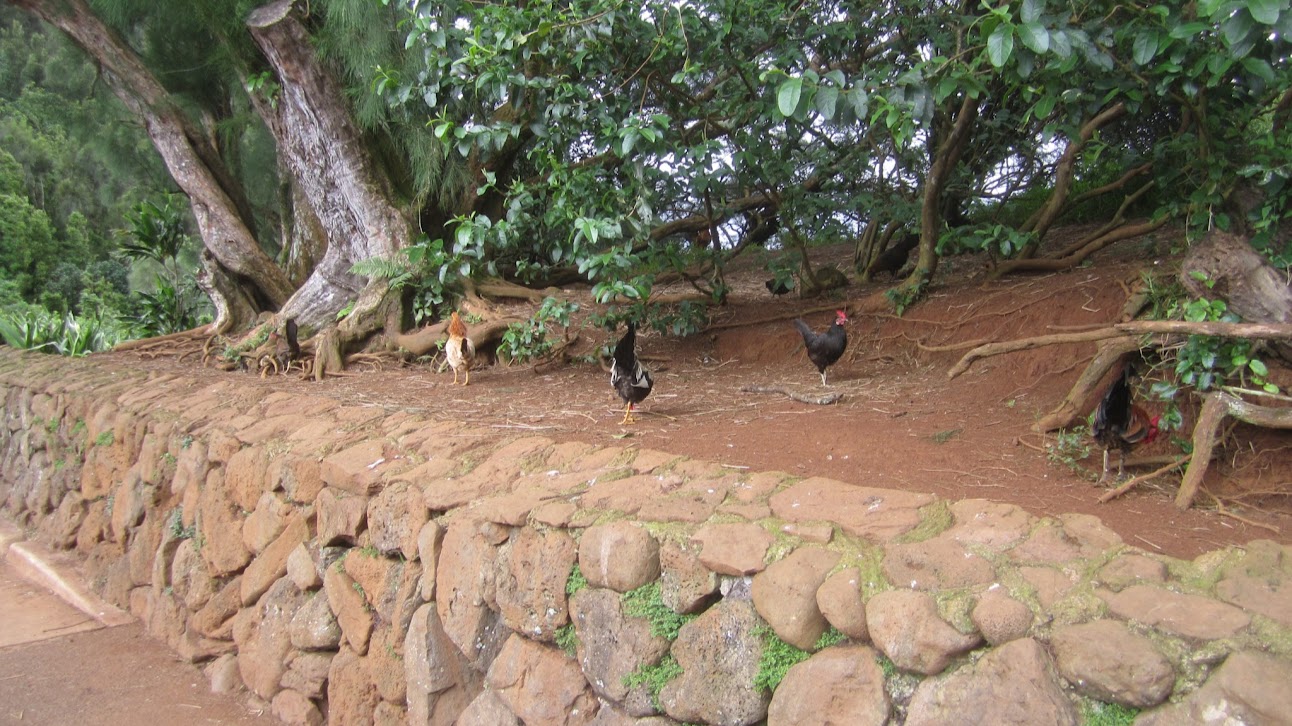 Other things to do in Hawaii that I recommend:

Things that I do not recommend: