Another excursion from Hanoi – 2-day-1-night cruise in Halong Bay! The tour bus picked us up in the morning and we drove for a few hours to our destination. Along the way, we stopped at this sculpture making place. The garden outside was full of marble sculptures that people could buy for some thousands of dollars and get them shipped back to their home country. 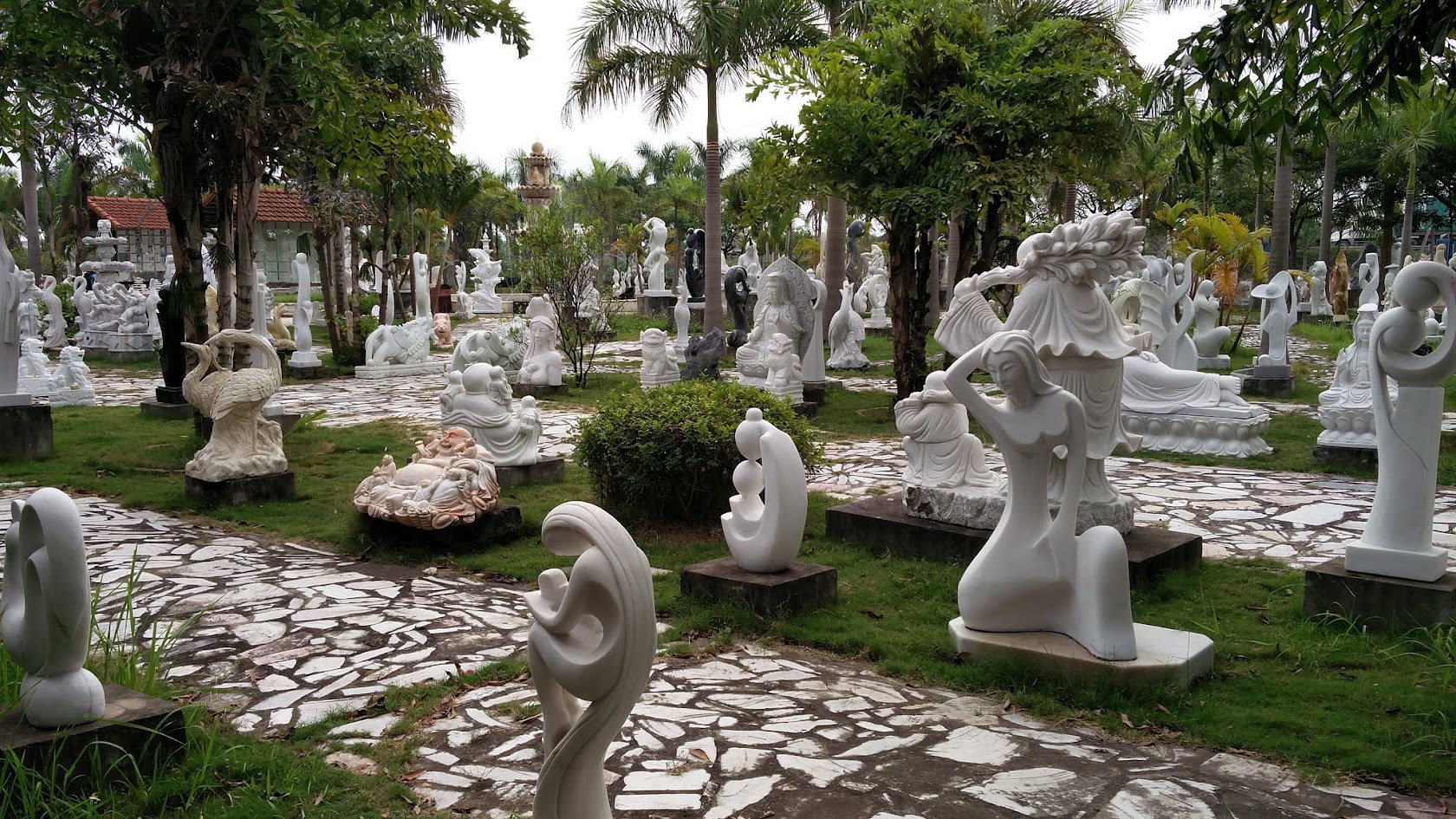 After we arrived in Halong Bay, we set sail! 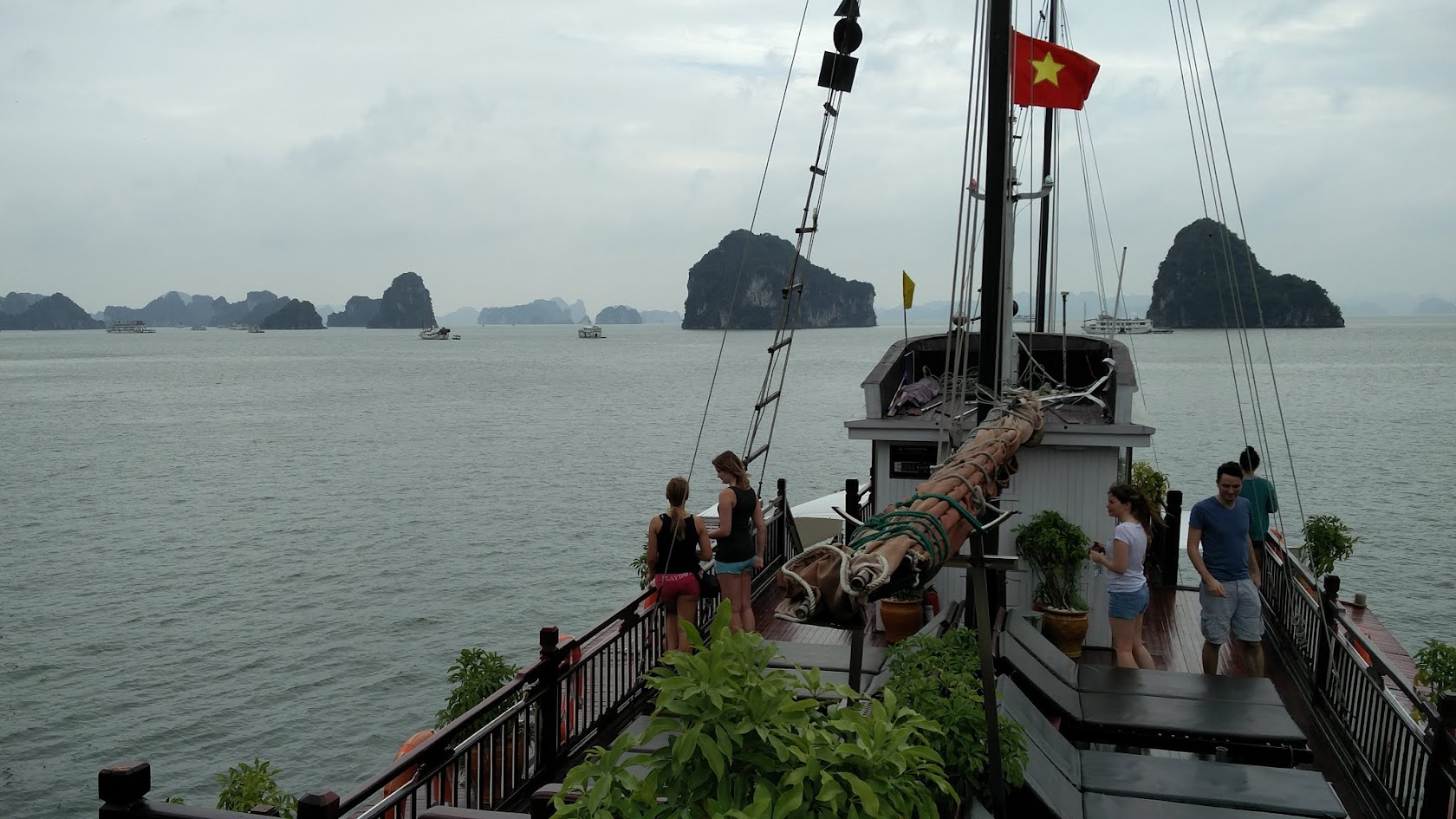 We got to kayak around some of the islands and visit a giant cave in one of them! Apparently my camera was so bad that all my cave pictures were blurry =/ 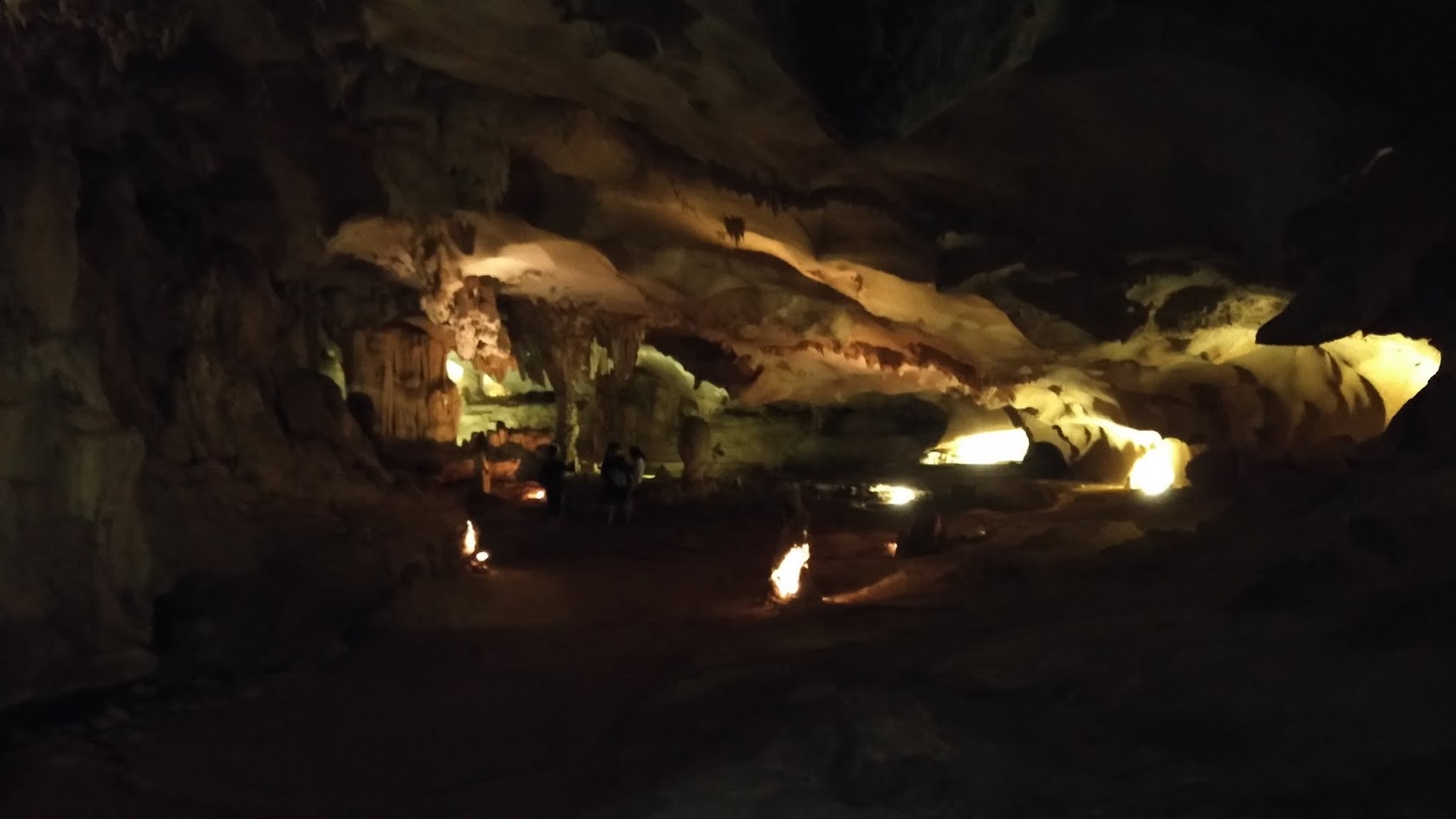 The chefs on the boat crafted this masterpiece. 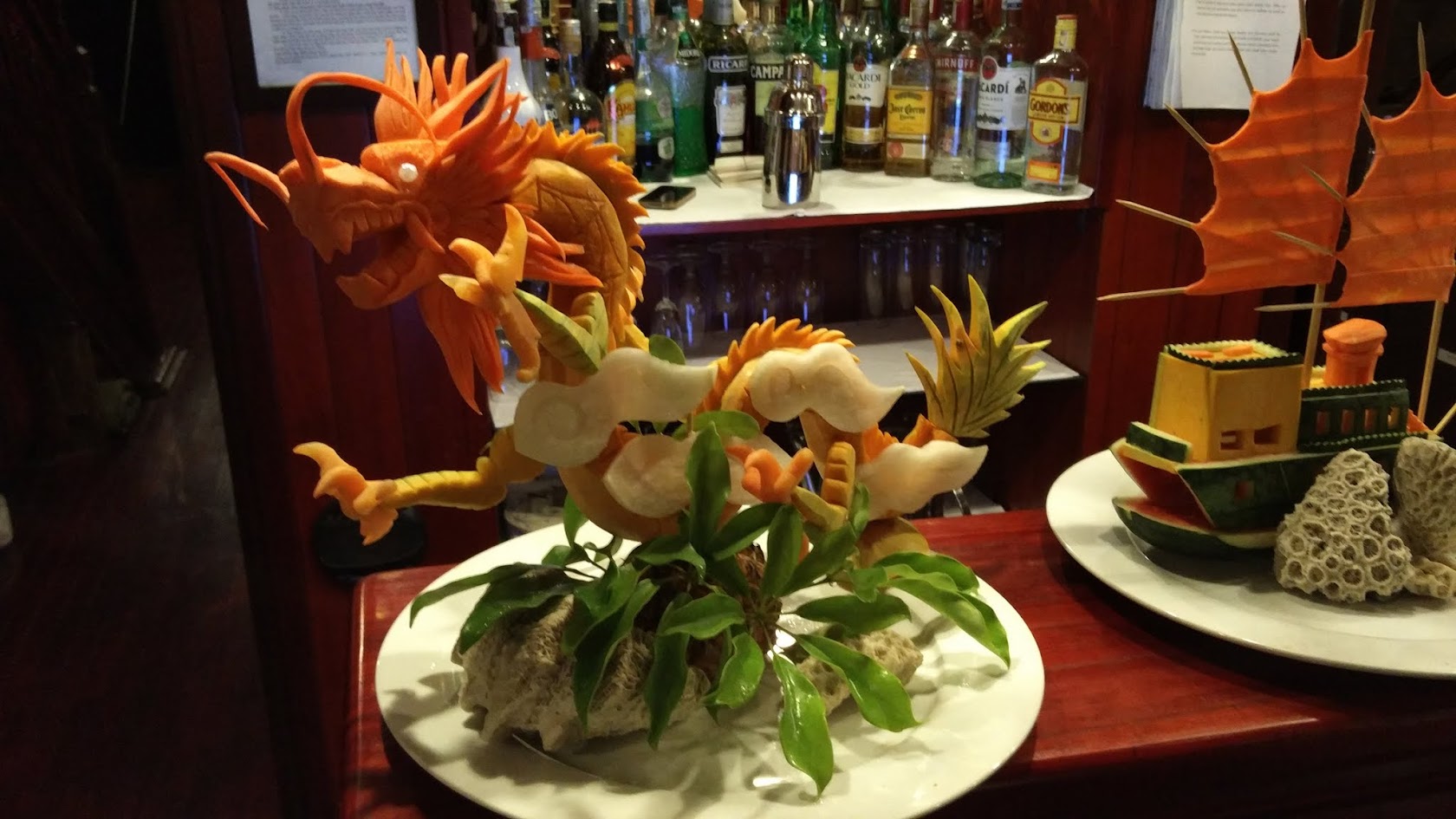 At night, we just chilled with the other travellers while looking at the night sky. It had been a while since I’d been anywhere remote enough to actually see a starry night.

The next morning, we were taken a fishing village on the water. They had a fishing boat on display and were explaining the various features of it. The fisherman can even sleep in the boat and has a way to cook on it. He can basically live out on the water. 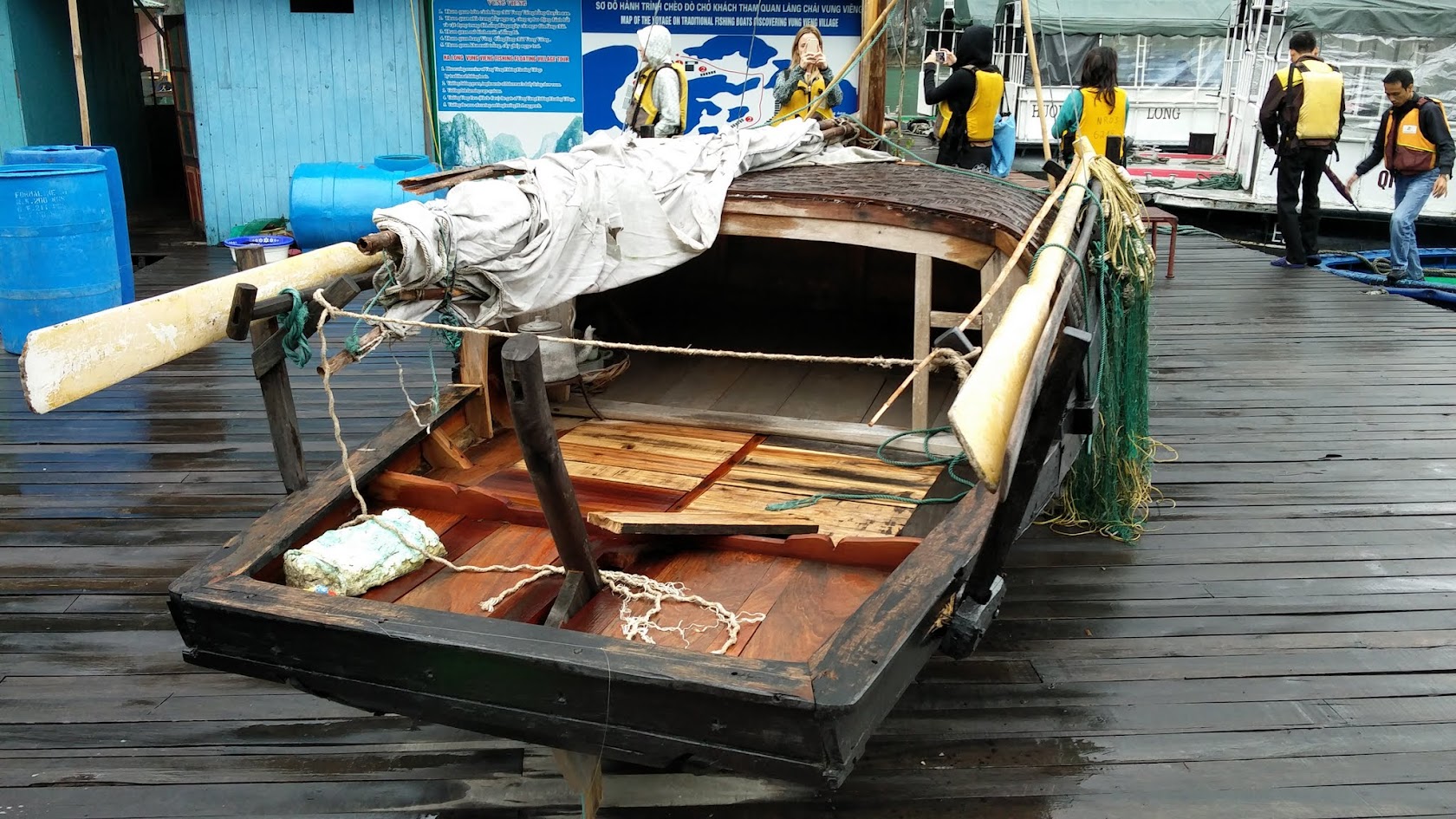 Next, we went on a boat ride to an oyster farm. 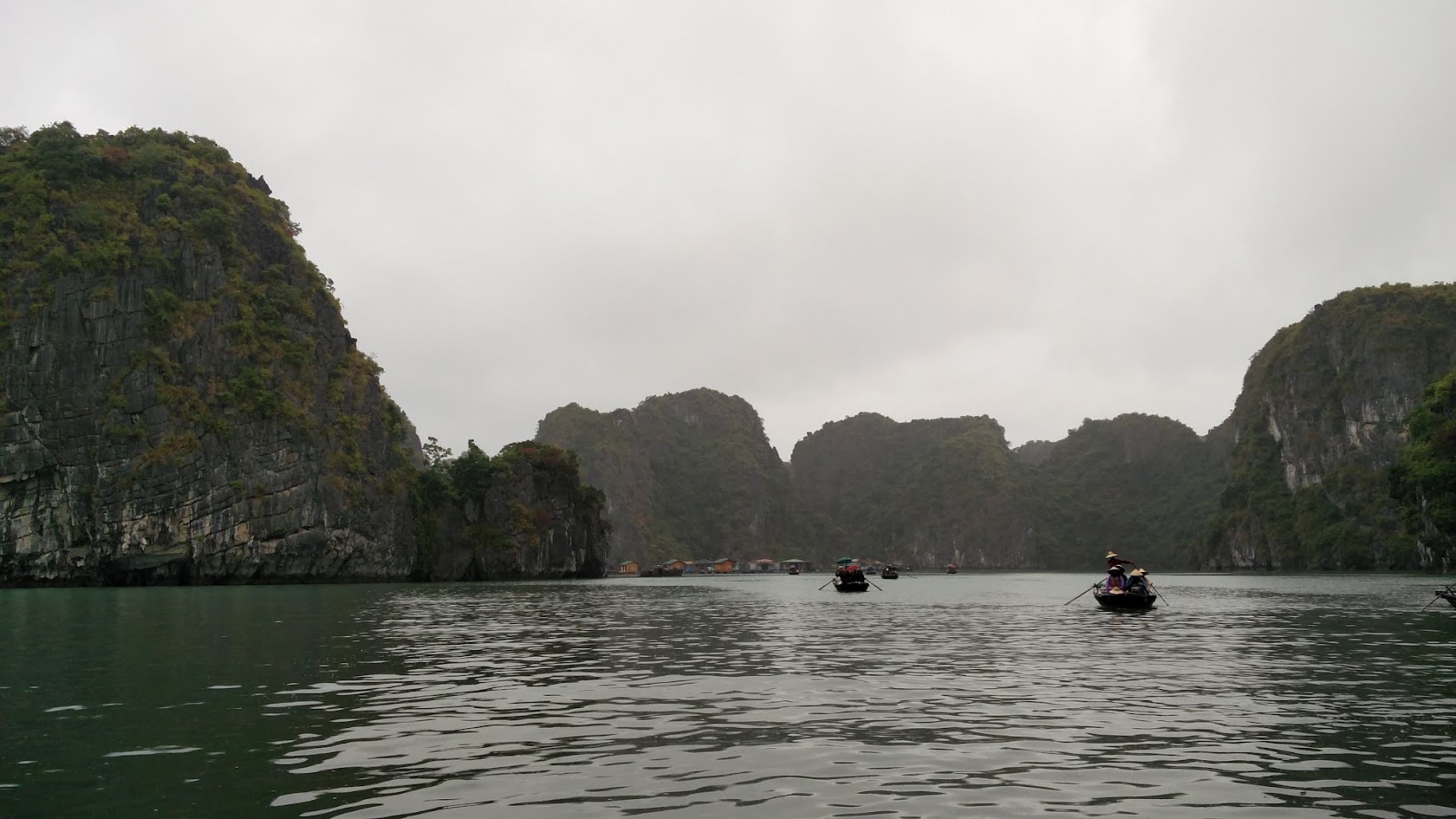 At the oyster farm, the guide explained the process of how pearls were farmed. As a demonstration, the guide asked one of the travelers to randomly pick an oyster out of the tank. The guide took it out and immediately killed it and extracted the pearl and the rest of us immediately wondered, “did she just murder that oyster just to show us there was a pearl inside?” Kind of a waste of an oyster, but okay. 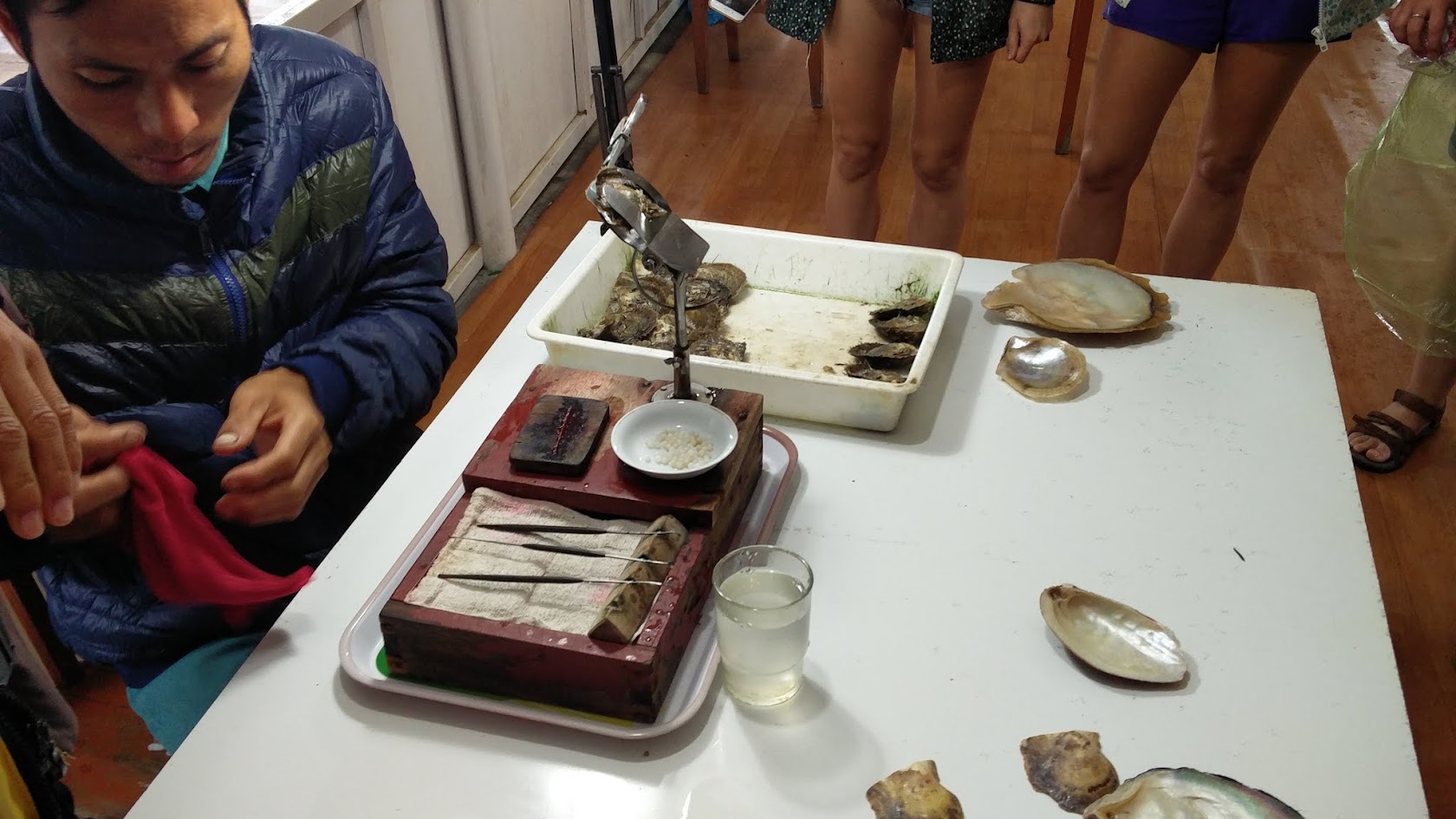 That night after the tour ended and we were all back in Hanoi, we randomly bumped into some of the British travellers that we went on the cruise with. We all went barhopping and bonded over our mutual dislike of the Trump presidency and Brexit. It was real fun!