From Hanoi, we made a day trip to the Perfume Pagoda, a complex of Buddhist temples. The temples were in quite a remote area and it would have been really hard to get to these places without an organized tour. The tour bus first took us to a pier where we all got on small six person boats. Each boat was paddled by a lady, and they each paddled for an hour to go 4km. It was kind of nice to get away from the city a little bit – no more smelling exhaust and bad air. 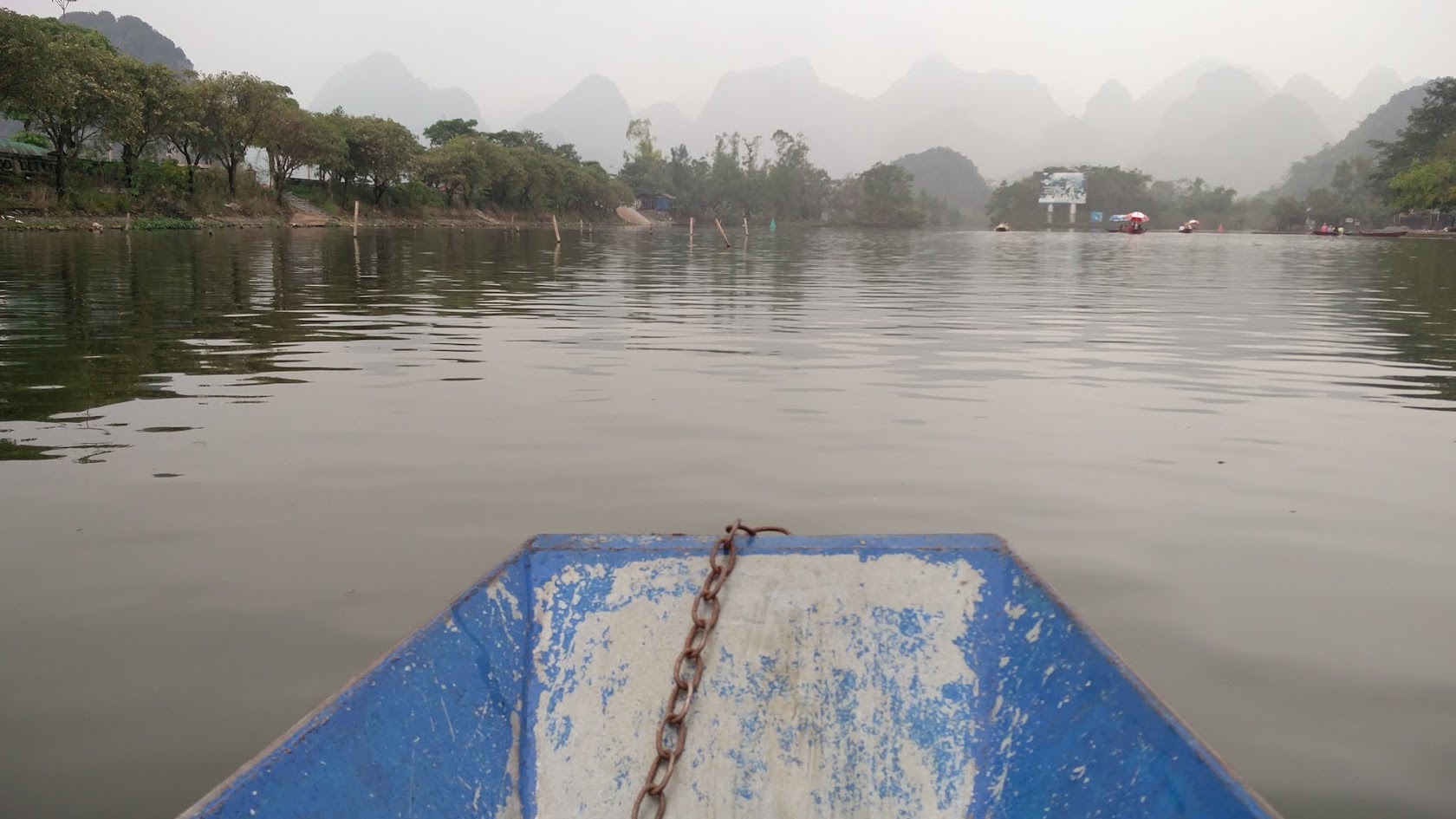 Interesting way to paddle a barge… 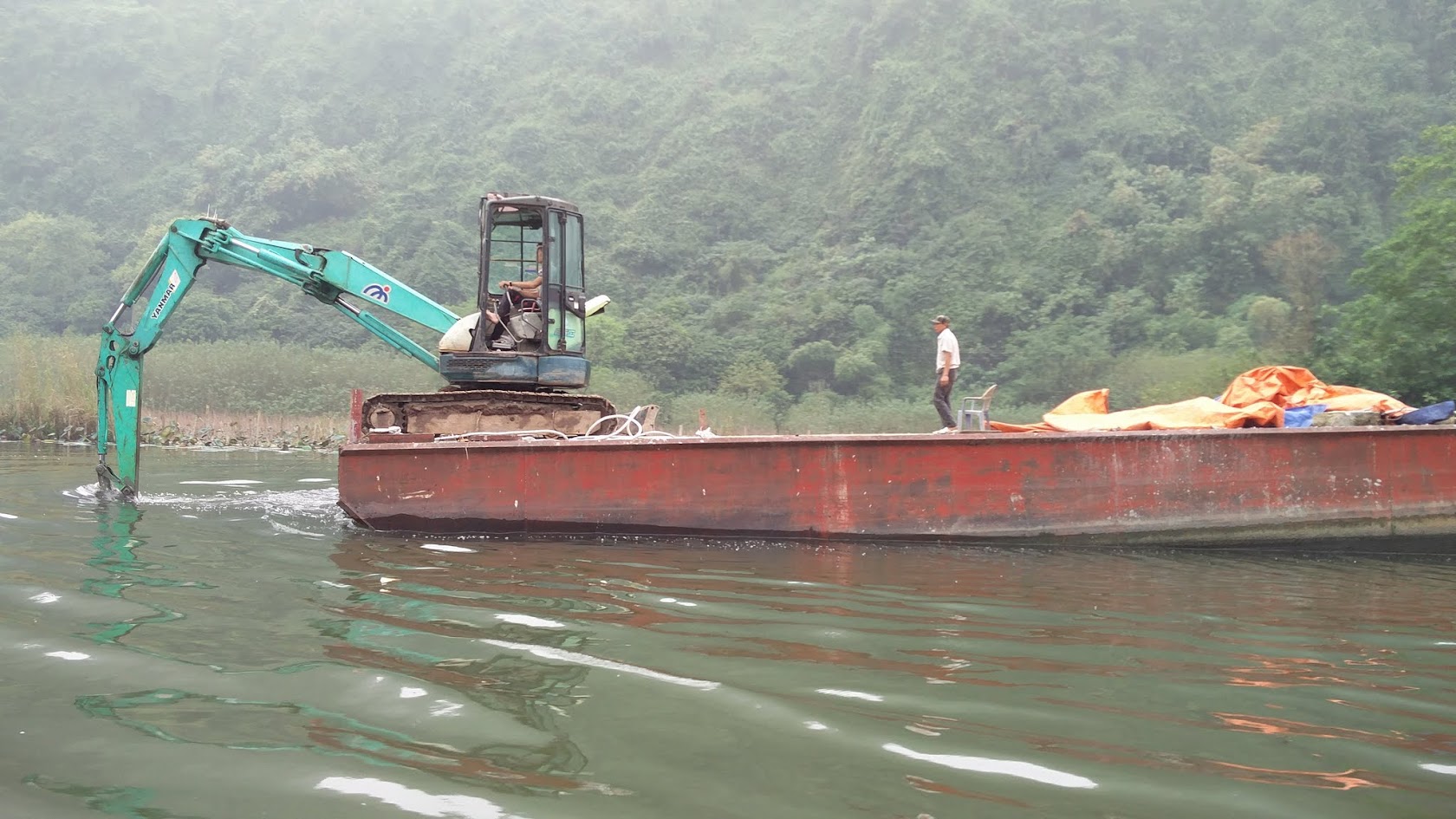 Outside the Thien Tru Pagoda in the rain. 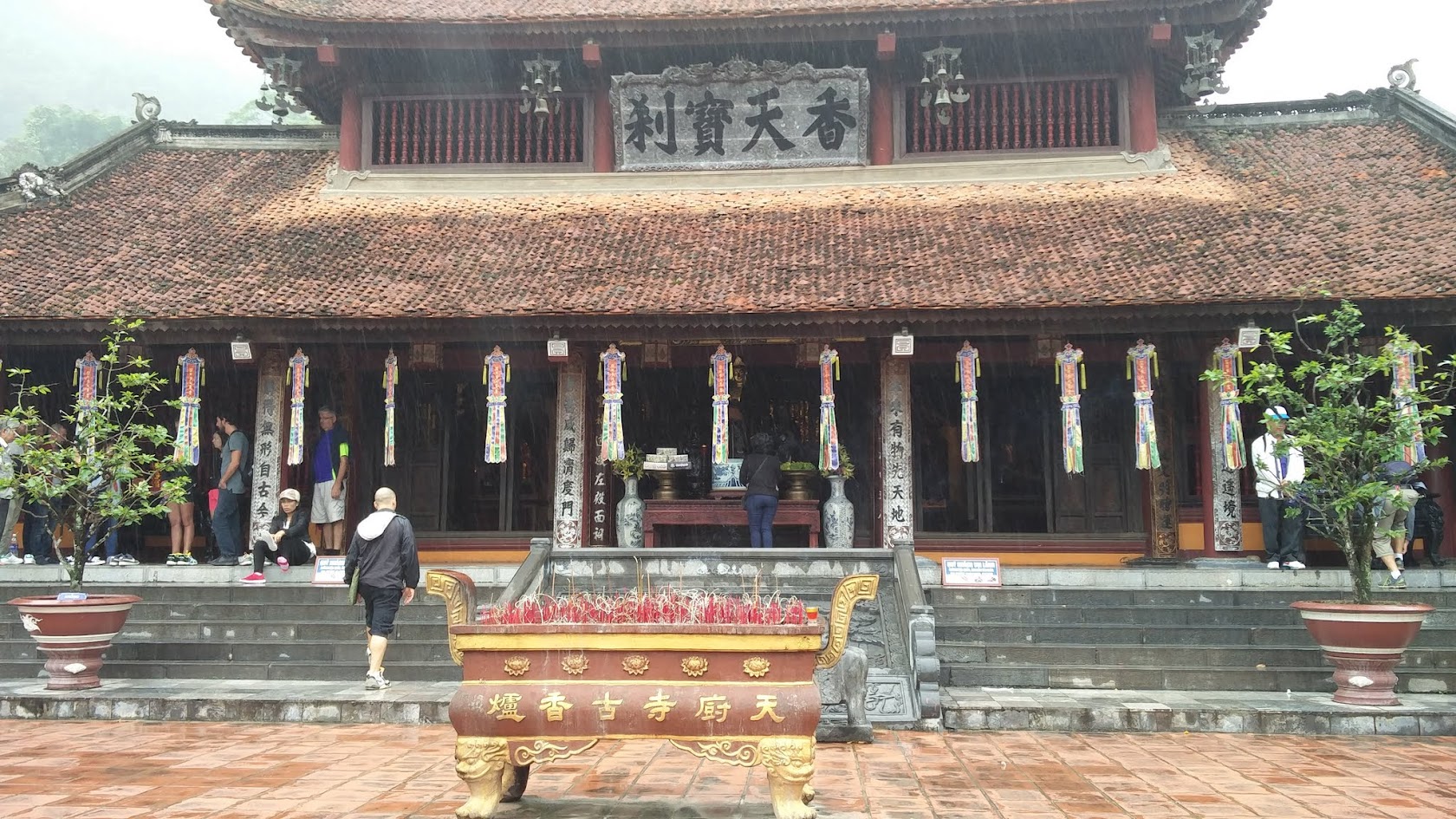 I think this was the first time I ever went to a Buddhist temple in Asia. 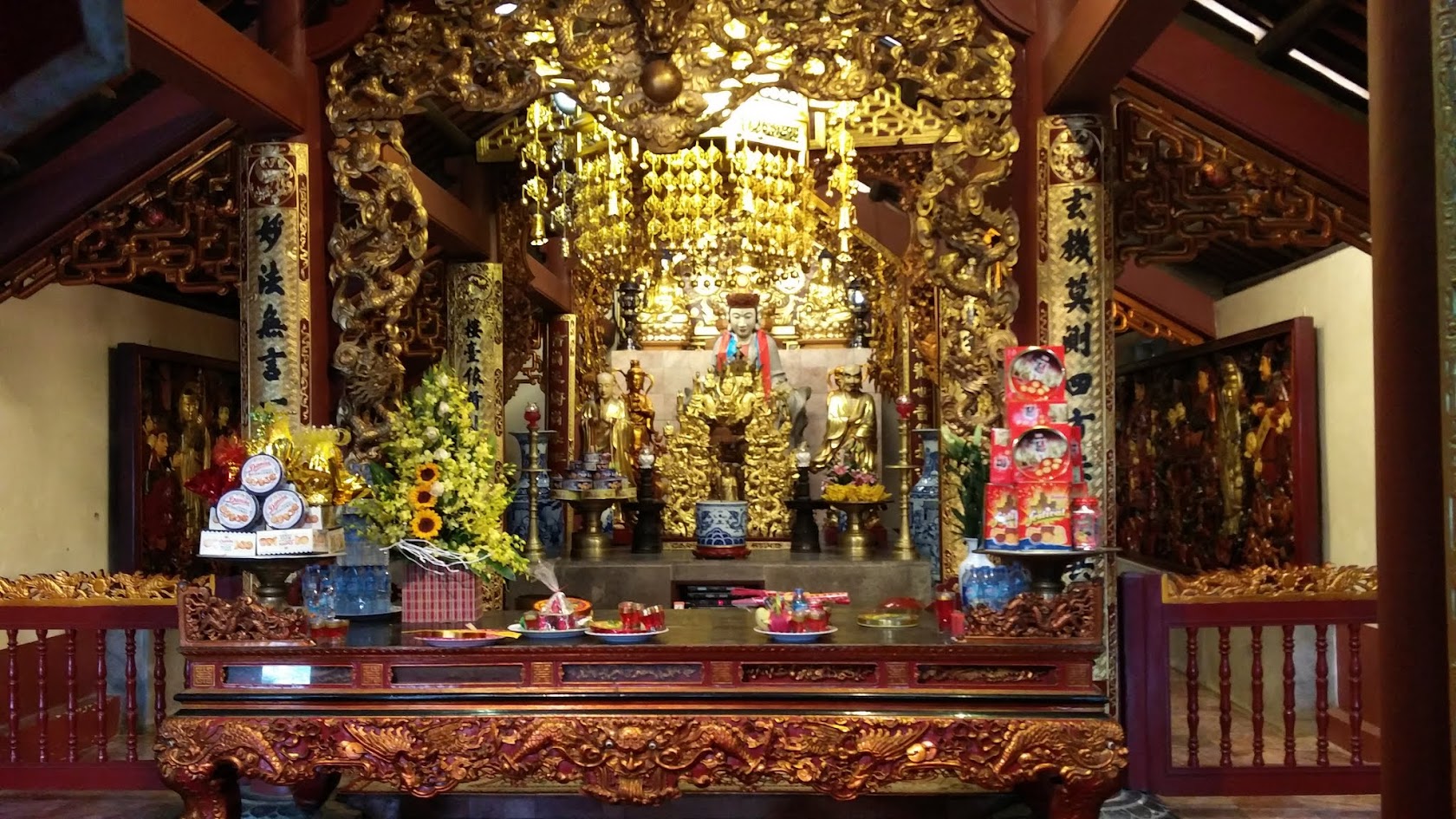 I think this was the place where the monks are buried. 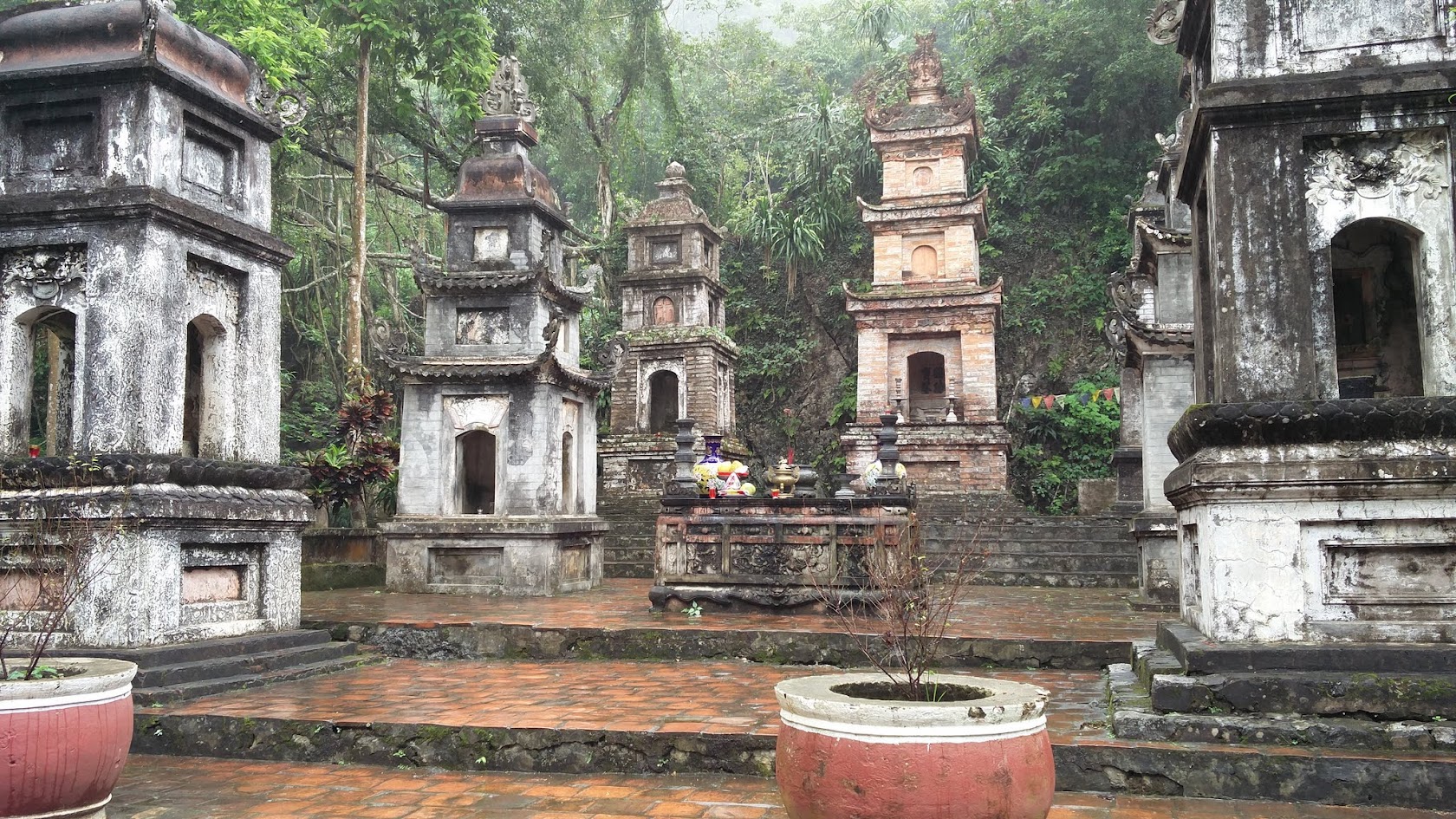 Next, we hiked up a mountain to get to Huong Tich Cave. The cave itself is also a religious site. 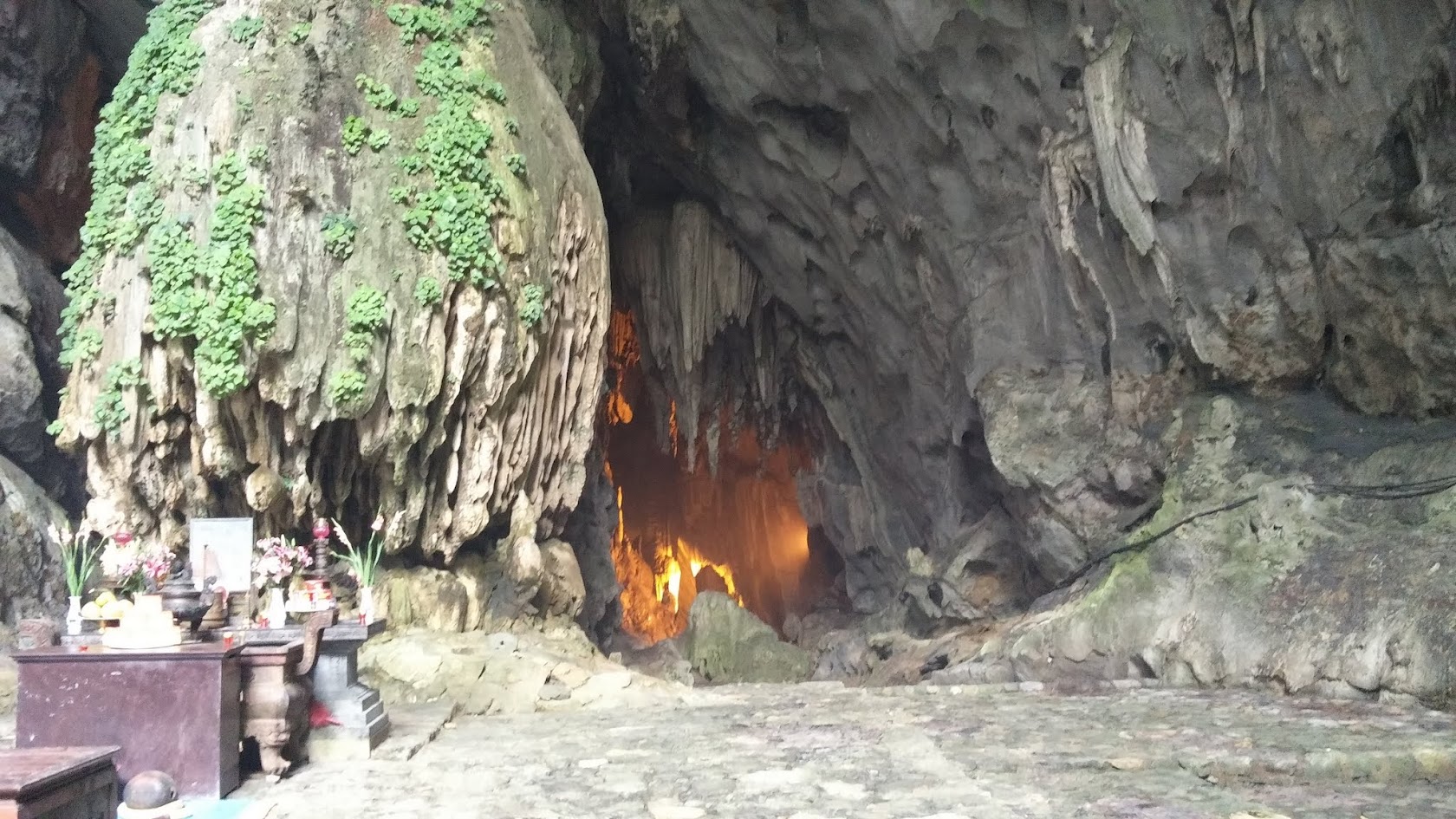 Pretty amazing how the cave formed naturally over time. 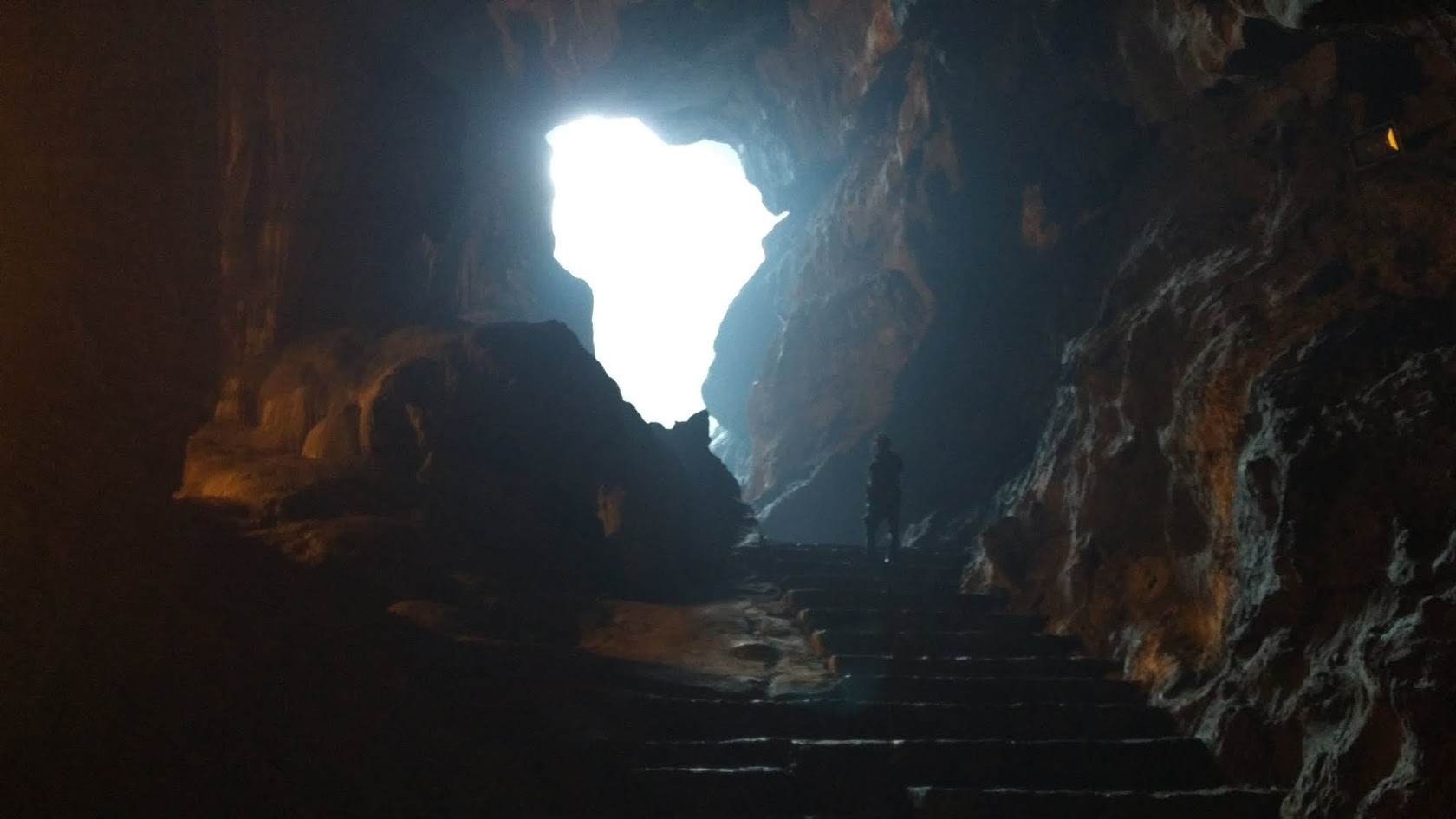 Outside the entrance to the cave. 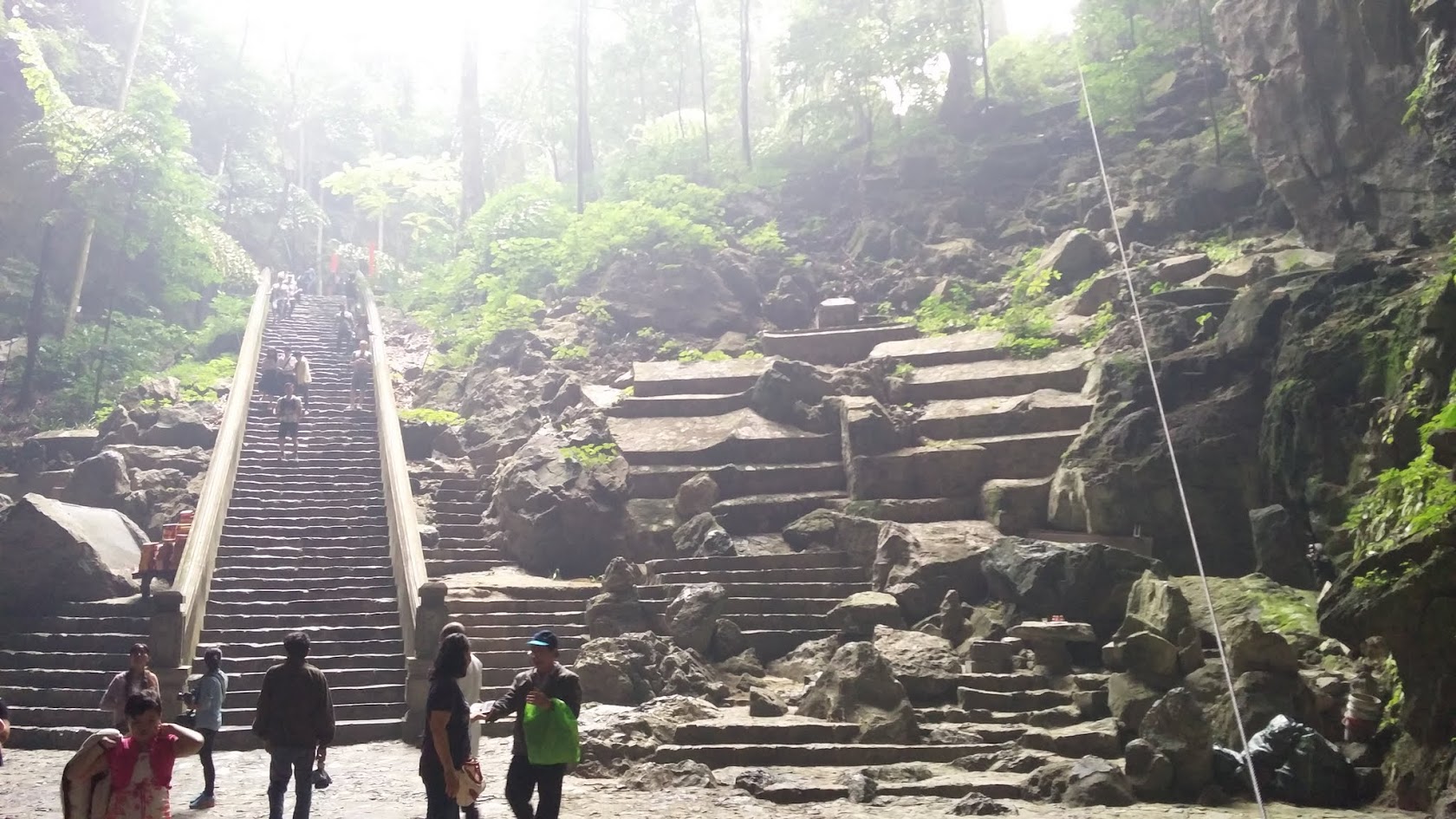 To go back, we took the same boat paddled by the same lady. Along the way, we came across a man fishing in the river. It’s just so different here compared to the lives we are used to in North America. 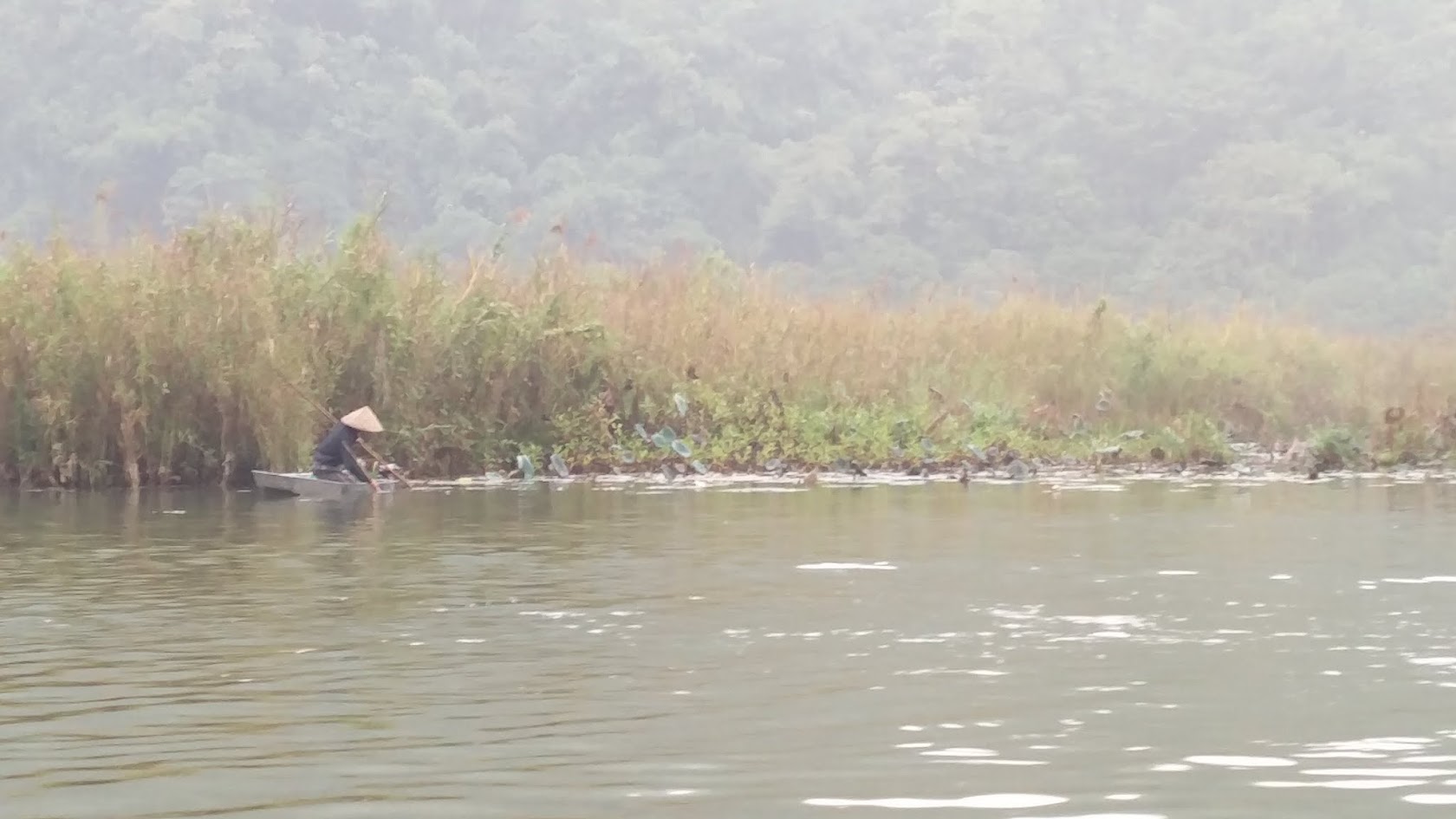