A day after getting back from my work trip in USA, I went on my next adventure to South Korea and Japan. As a part of the trip, my friend and I went to the Korean Demilitarized Zone (DMZ). The DMZ separates North and South Korea along the 38th parallel and is a result of the end of the Korean War. To this day, tensions between North and South Korea are high. On the tour bus ride there, our passports were checked multiple times as the UN had to account for each person who would be travelling in a potentially dangerous area.

“Korea DMZ” by Rishabh Tatiraju is licensed under CC BY-SA 3.0

The most worthwhile part of the trip was to be able to visit the Joint Security Area in Panmunjom or the so-called “Truce Village”. This is the part of the DMZ where people from the North and South can see each other face-to-face. Travelling here allowed me to see a piece of history that I was already interested in. 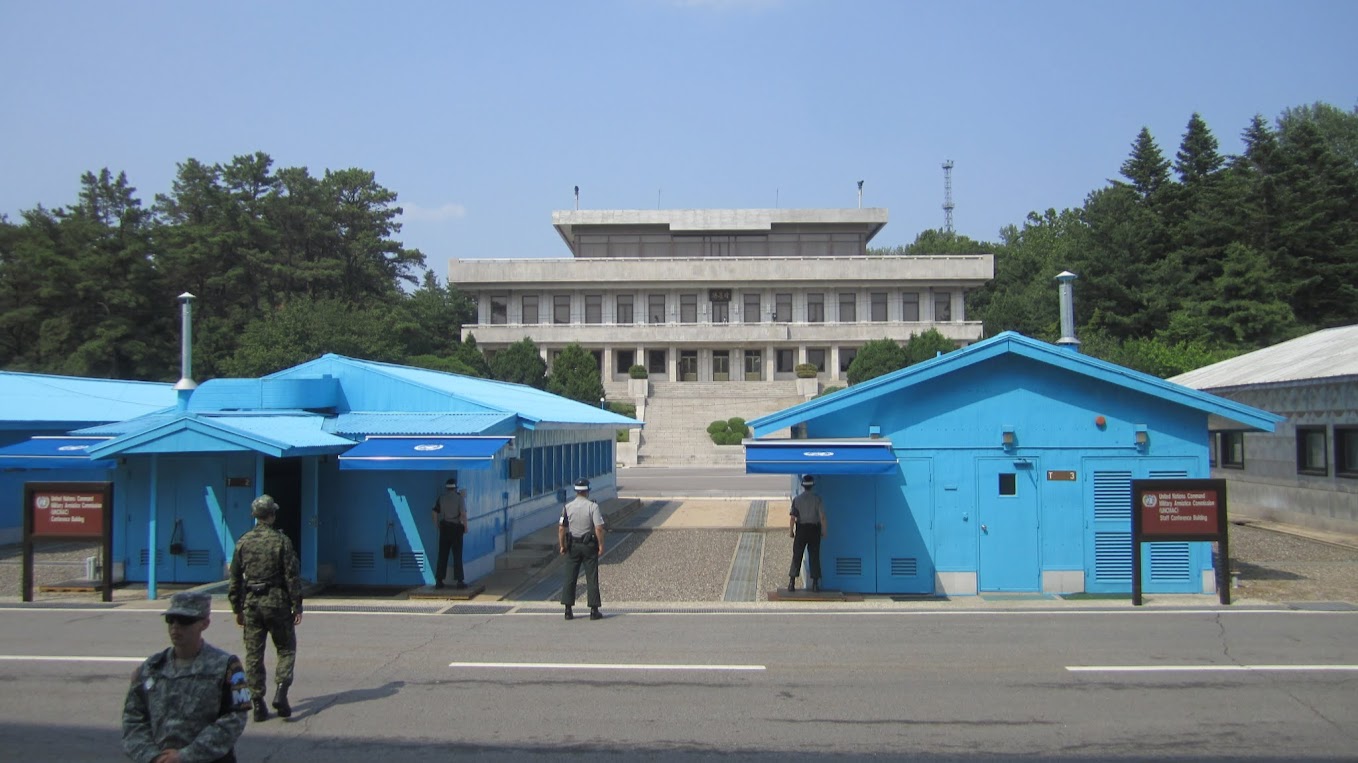 Before going in everyone had to sign an agreement, where one passage says, “The visit to the Joint Security Area at Panmunjom will entail entry into a hostile area and possibility of injury or death as a direct result of enemy action.” Luckily, the US soldier informed us that it was “highly unlikely for anything to happen”. We were also told to not make any gestures toward the North Korean guards or any tourists on the other side.

The blue buildings are conference buildings where meetings with both sides take place. They are placed such that half of the building lies on each side of the border. The gray/white building is the Panmungak, a North Korean building. On the first door on the left, a North Korean soldier stands on guard. Concrete slabs show the separation between the two sides. I guess this means I’ve technically been to North Korea – at least for a few minutes. 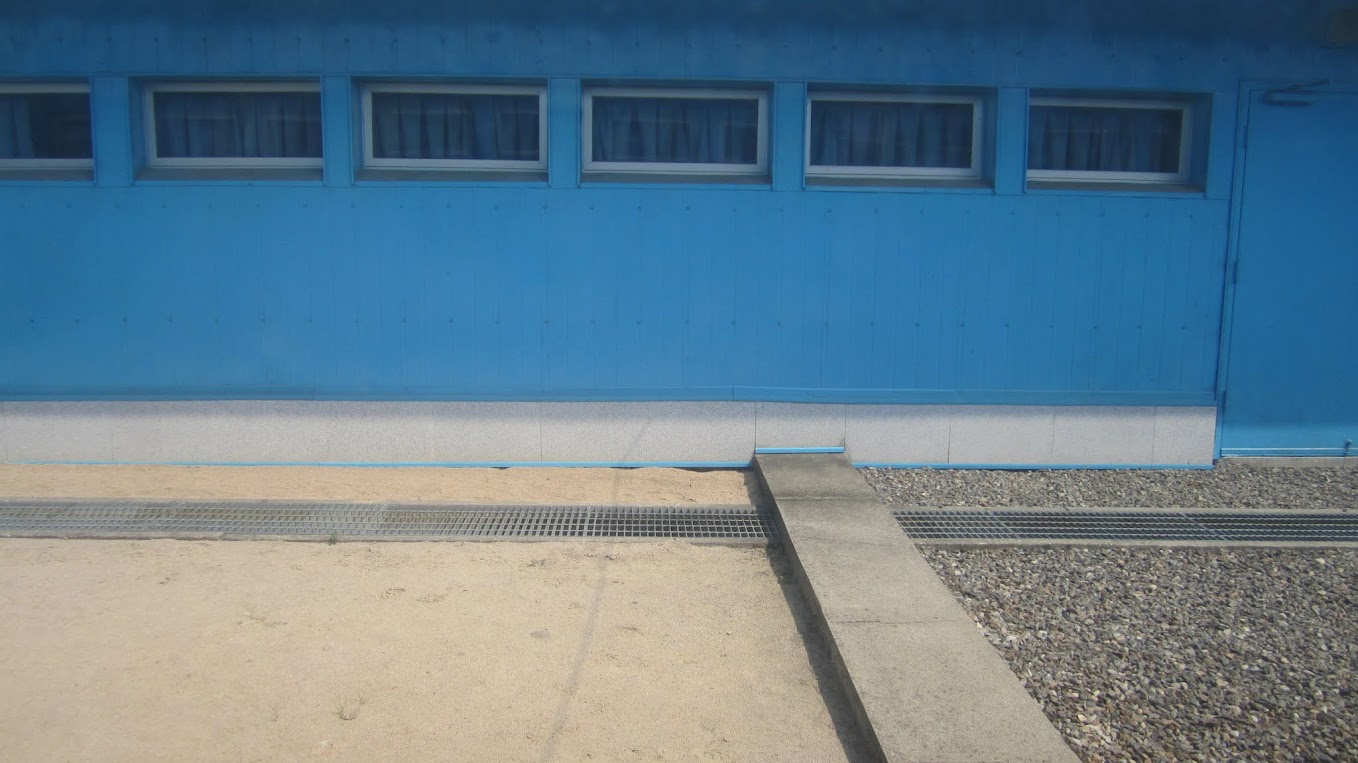 Another destination we went to was the Third Infiltration Tunnel, which had the potential of being used to attack the South and its location was revealed by North Korean defector. This was known because there were clear signs of holes drilled in the rock for the next blast, and the holes were aimed toward the South side.

To prevent injury, everyone had to wear hard hats – which was a really, really, really good idea since there was a low ceiling and I hit my head at least a dozen times. Unfortunately, we weren’t allowed to take any photographs underground. “Third Tunnel of Aggression” by Josh Berglund is licensed under CC-BY-2.0

This is a place where one can look toward North Korea from afar – but photos are not allowed past the yellow line for fear of being mistaken for sniper scopes. It’s pretty barren on that side. If only my camera could take a shot like the image I found on Wikipedia!

“The view of North Korea from Dora Observatory” by Josh Berglund is licensed under CC-BY-2.0 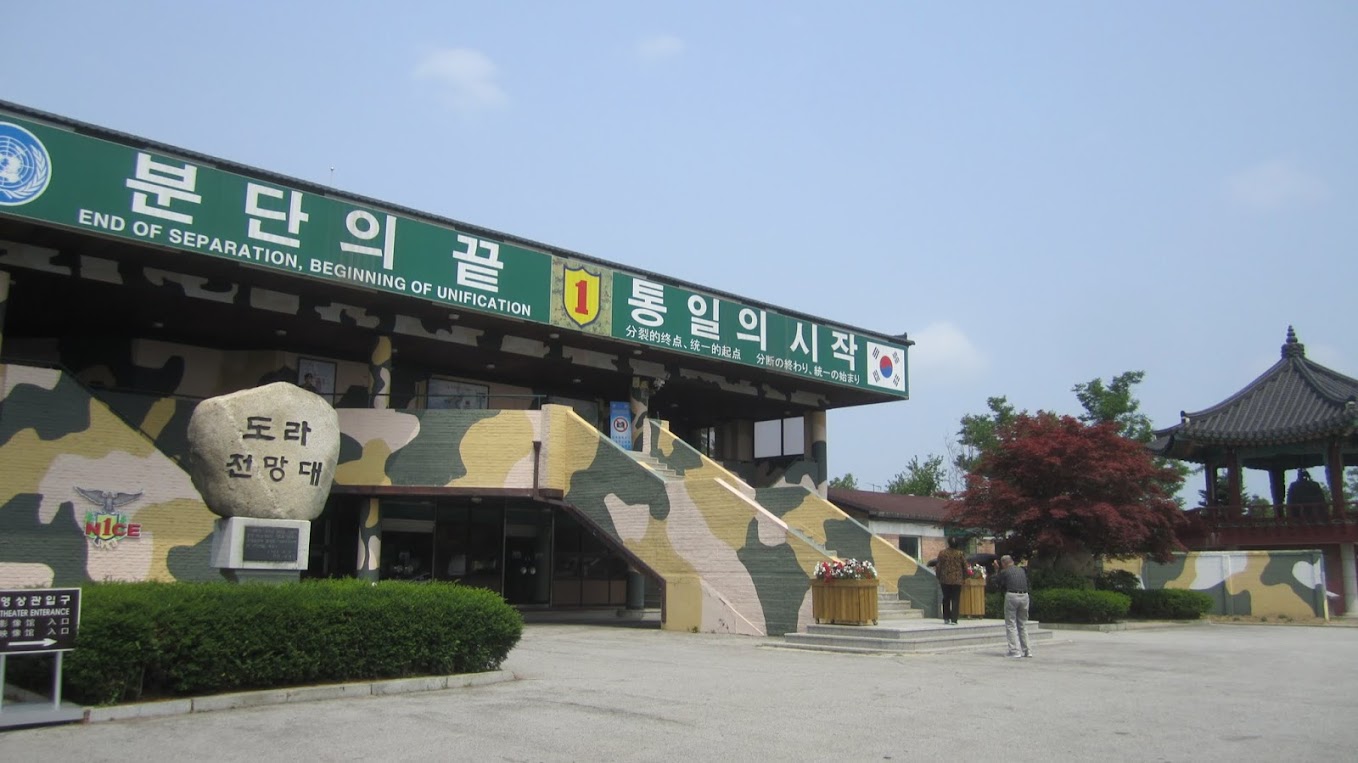 Dorasan Station is one of the few places one can actually go to Pyeongyang, at least before 2008. Our tour guide happened to be named Dora, so when we got to Dora Mountain she said, in her accented English, something like, “Look! This is my mountain!” 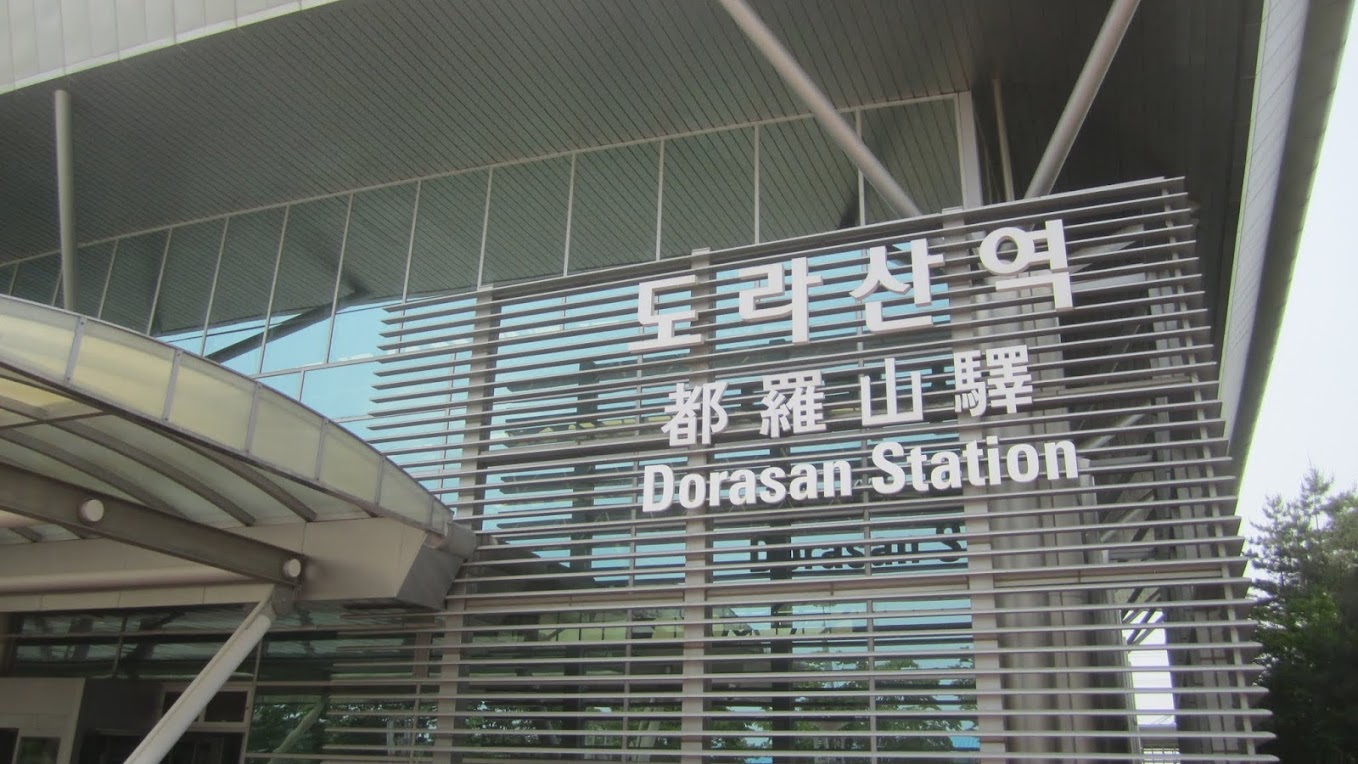 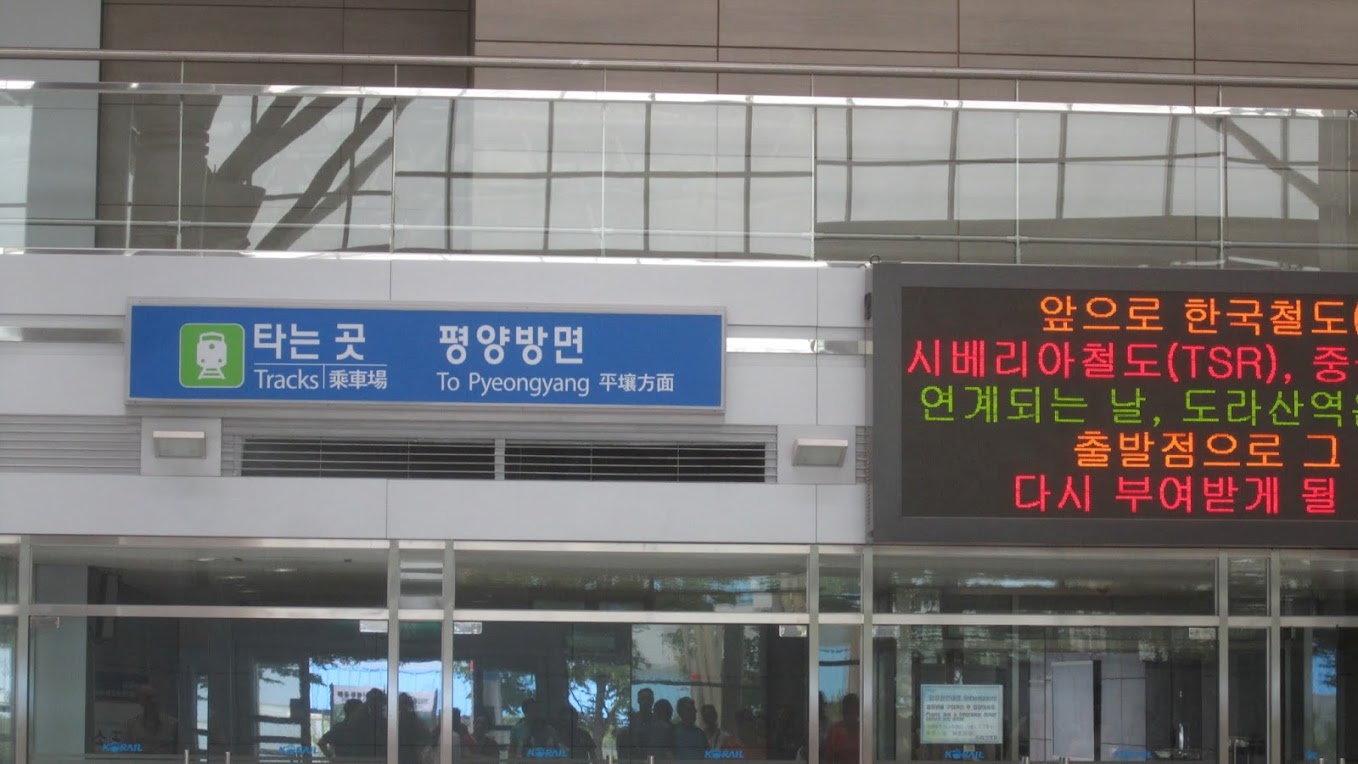 Lunch was a delicious mushroom and beef hotpot with kimchi, salad, and other delicious goodies on the side (if only I knew what I was eating)! 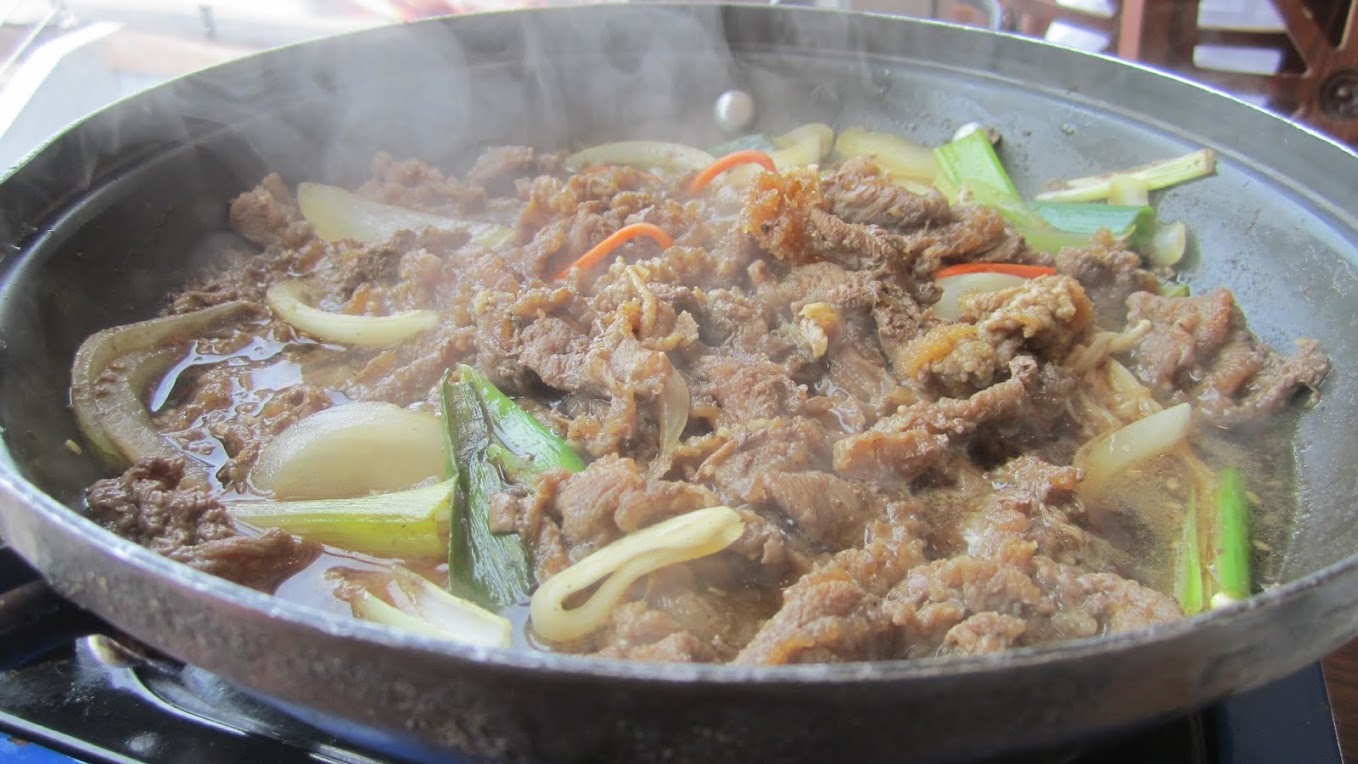 Nothing much to say here – just a showcase of various military vehicles. 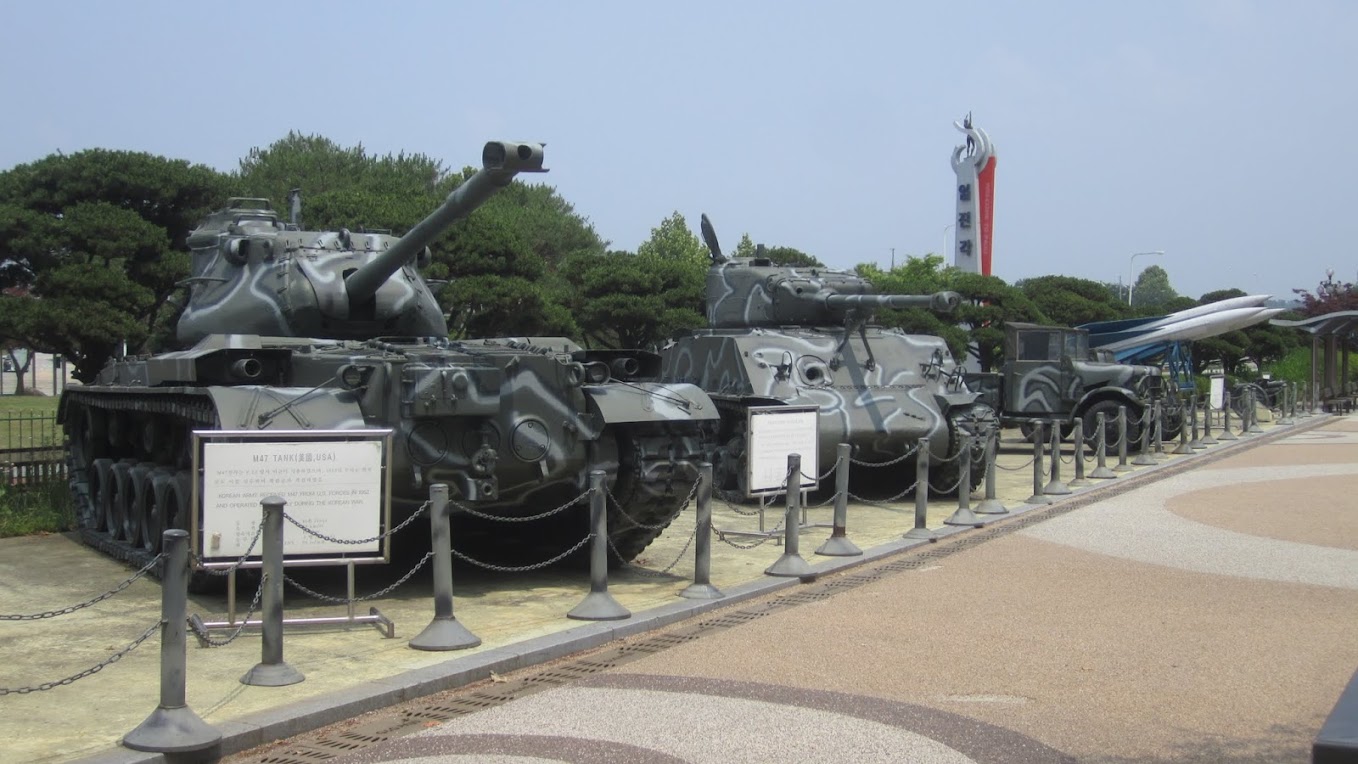 The tour lasted the full day. It began in Imginjak and ended at the Joint Security Area. We had dinner (more on that very “special” dinner in another post) in Myeongdong and spent the rest of the night walking around there.