Seoul: Following the Korean Stereotypes – No, Not Plastic Surgery

Dog lovers out there beware, some people eat dog meat in Korea – in a stew form, called Bosintang. We had to go to a shady shop in an alley in Myeongdong to get it. I didn’t know that it wasn’t a mainstream thing to eat until the lady at the tourist info center told us. 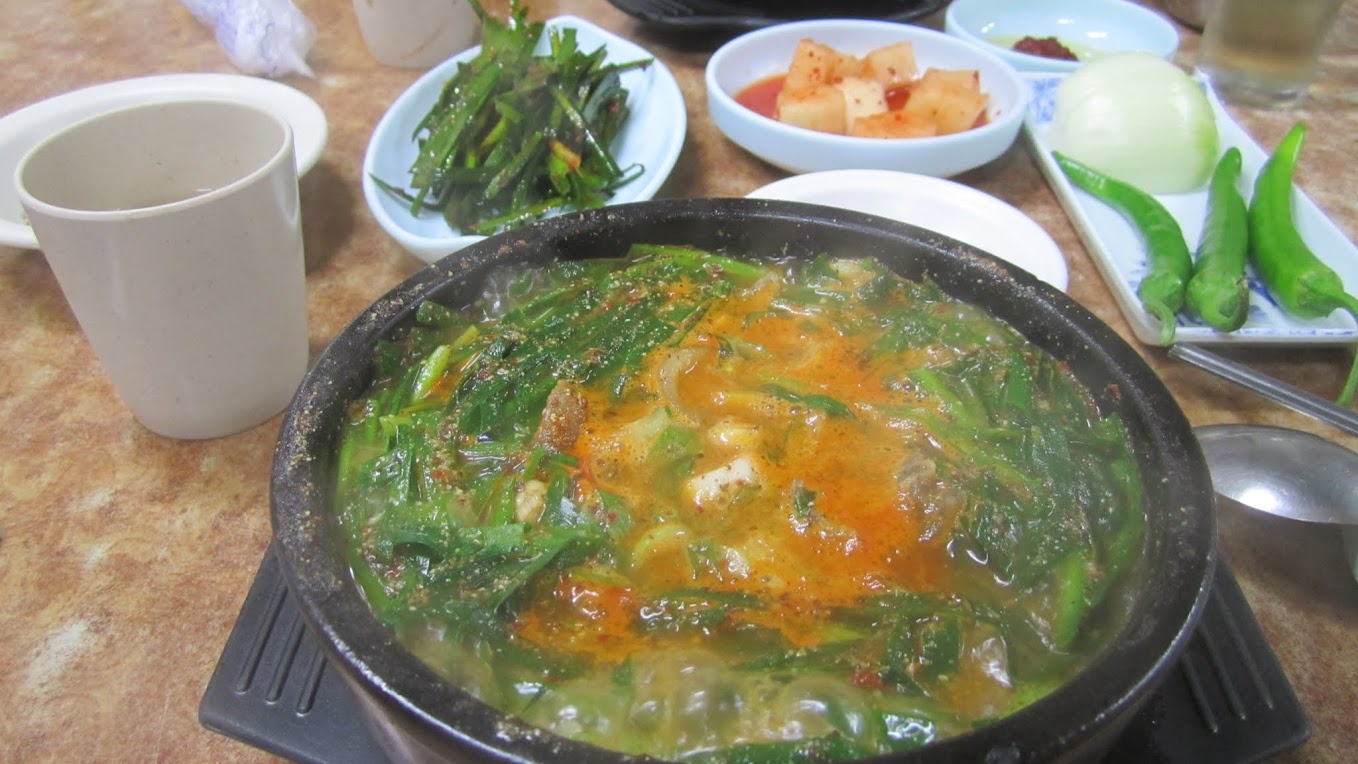 The meat was very tough (typical carnivore meat), and it tasted a lot like lamb. To be honest, it was pretty good, but it’s not something I would eat more of, since beef, chicken and other mainstream meats taste so much better.

Now for something less weird than dog meat. Our friend who lives in Seoul took us to a Korean restaurant to have something more mainstream. 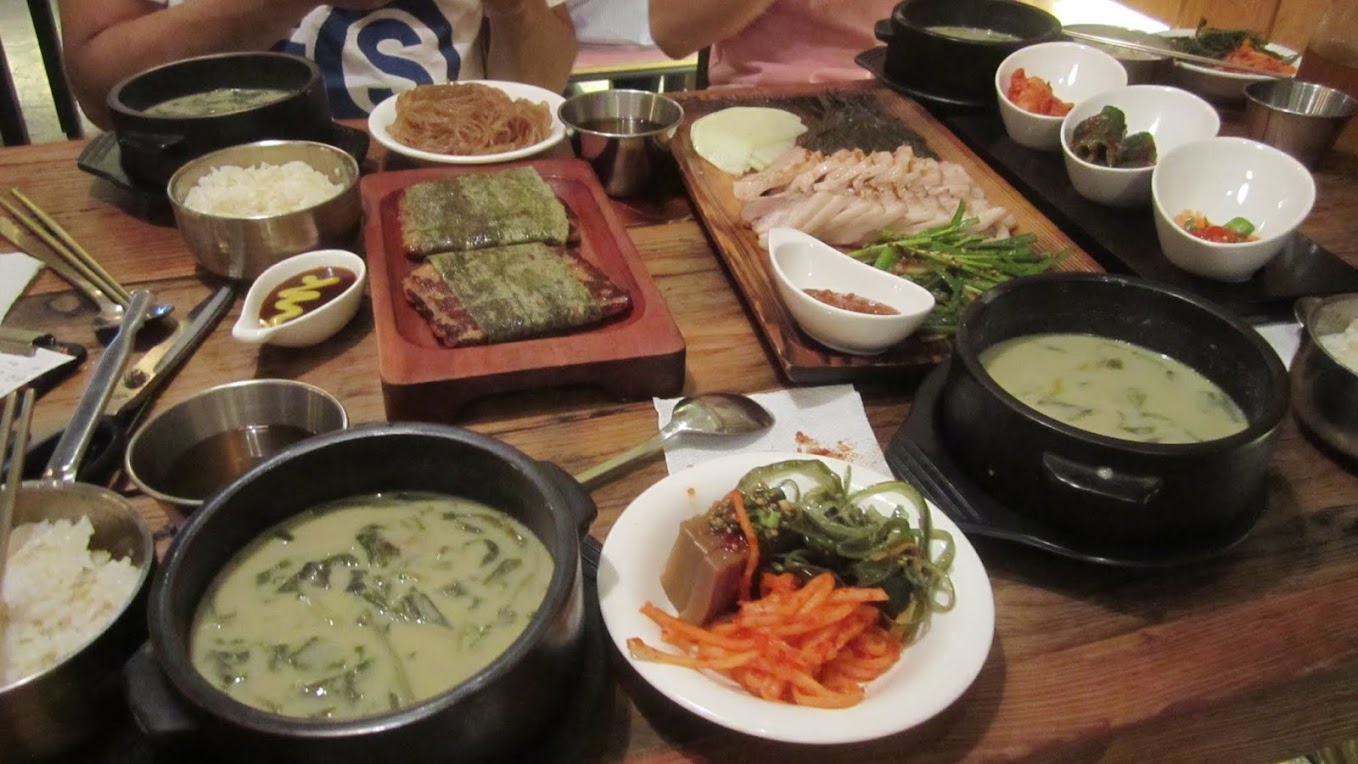 It’s nice to know a local who is able to introduce us to such delicious food! Aside from the pork, we had acorn jelly, chives, seaweed, etc. Next, there is eating fresh seafood at Noryangjin Fish Market – a giant warehouse looking building where people sell seafood and then buyers can take their purchases to a nearby restaurant for preparation.

Somehow it was clear to all shop personnel that we were Chinese, and people kept yelling at us in Mandarin to buy their seafood. One shop kept insisting to us that we buy crab, and as we kept refusing, they kept lowering the price even though we actually did not want to buy it for other reasons. This “unintentional” haggling, however, did get us a slightly better deal on fish, giant prawns, clams and octopuses.

Eating the octopus raw is interesting since when the tentacles were served to us, they were still squirming as they were freshly killed. I learned that the whole point of eating this is to feel the tentacle grab on to the inside of the mouth as it is chewed, but otherwise it is pretty tasteless.

We also had Korean barbecue, although for some reason, the place we went to was super expensive for very low quality meat.  We still don’t know why it was so expensive.  We went to another Korean barbecue place that was a lot better and cheaper, but I felt that the Korean barbecue restaurants were on par in terms of quality.  And oh yes, there was also lots of kimchi.

I’m not a fan of StarCraft, but I play DotA 2, so naturally we watched a DotA 2 tournament. There was no cost to watch the game, but there wasn’t that big of an audience either, so a rowdy audience was definitely missing. The game was exciting and we saw a lot of pro plays, but the cast was all in Korean.

Before entering the stadium, we saw people at the entrance wearing Zephyr shirts, and I thought, “they must be fans of that team or something” and asked them for directions for where to get food. Later, I found out they played for Zephyr. Awkward. 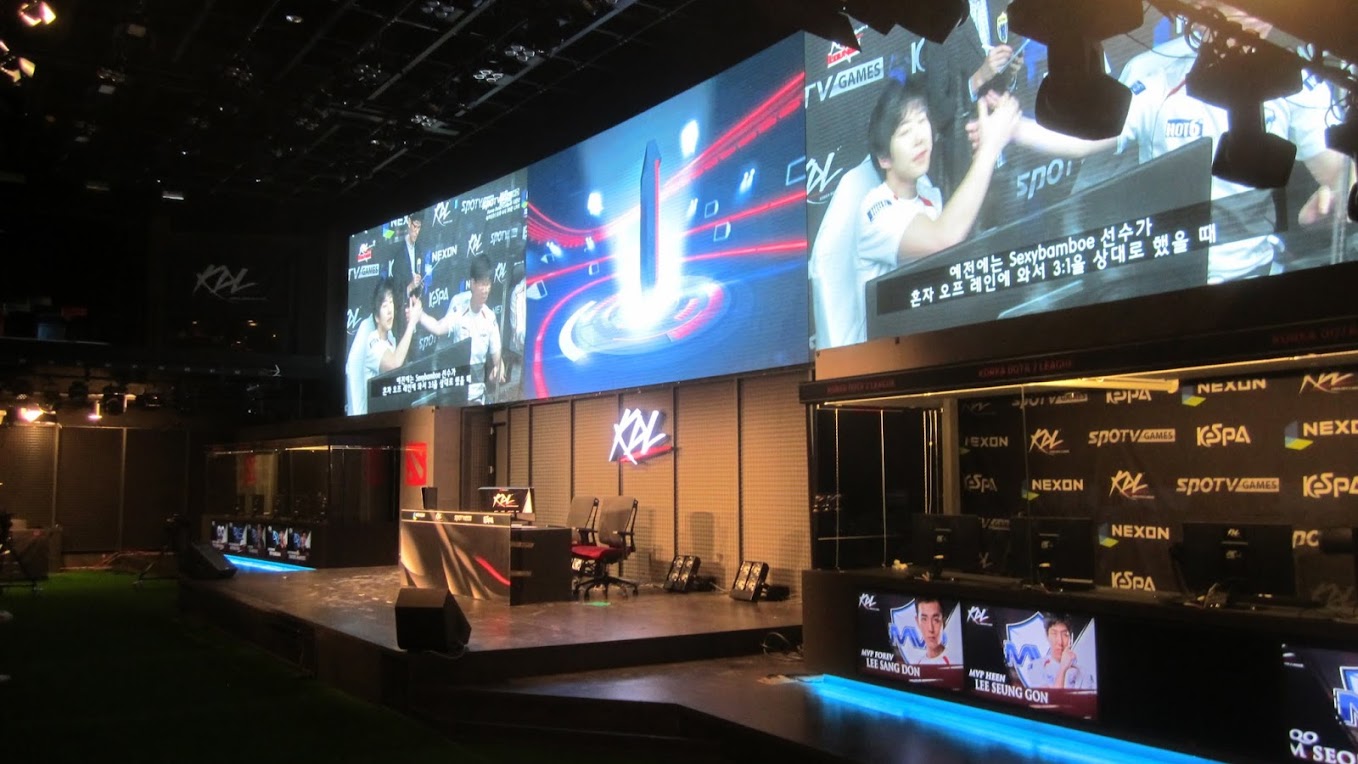 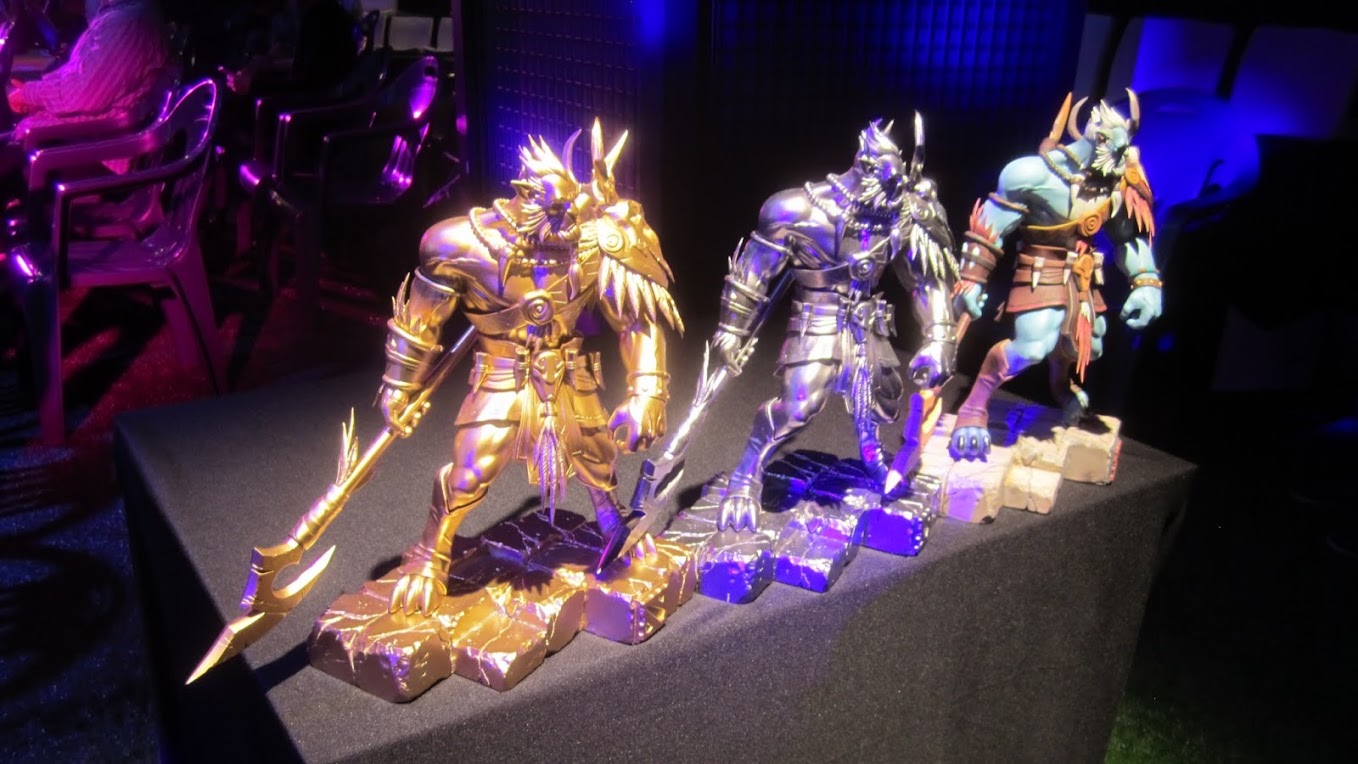 During the intermission, I got to chat a bit with “Whiplash”, one of the English casters, who was casting the game for Internet viewers. It was weird at first since he introduced himself by his online name – quite unexpected. From him, I found out that teams who play in Korea generally live together in the same house so it’s easy to practice together.

I heard much about them before my trip. It definitely sounded intriguing. Go in, get a drink, pet the animals, right? Kind of, only if you find one that likes being pet by you! Most of the animals we saw didn’t really pay any attention to us except for this one beagle who was licking my friend’s face non stop. 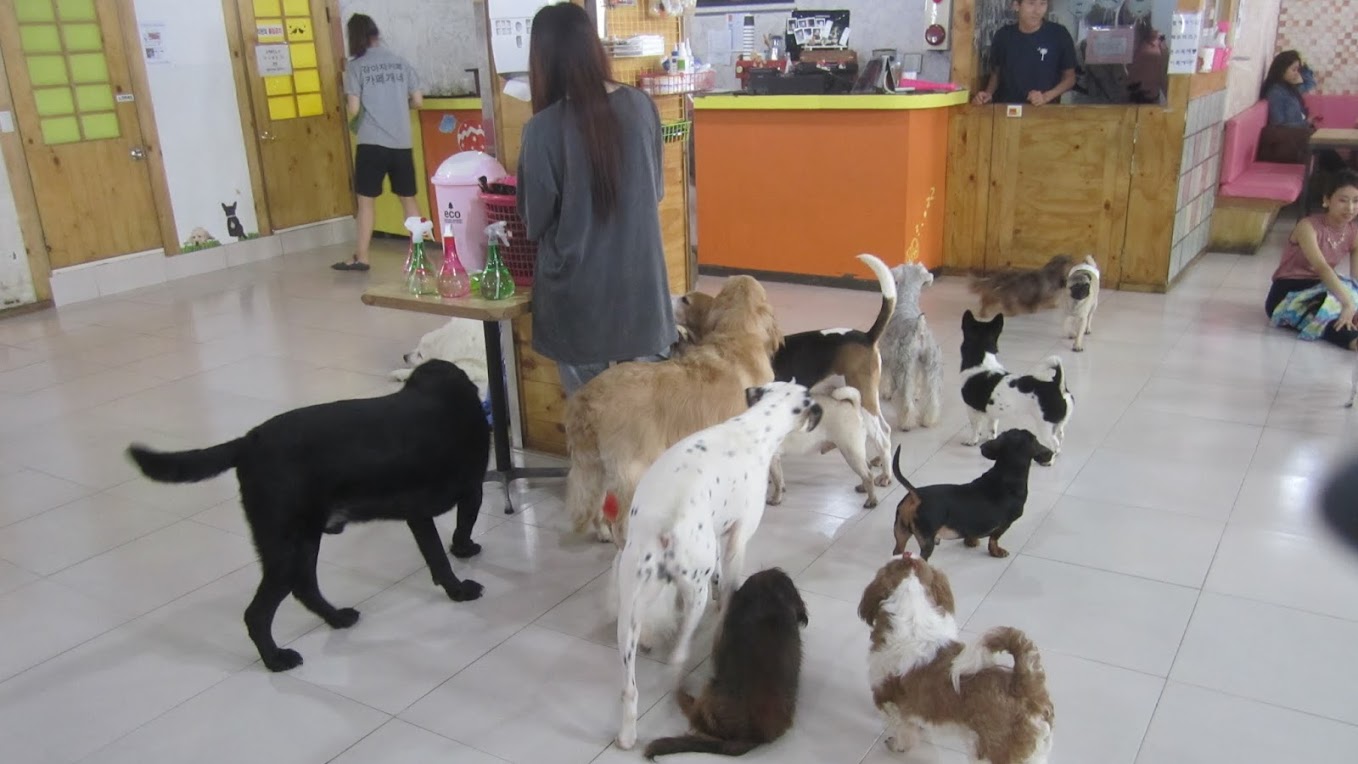 Ads. Ads everywhere. In the street, in the metro – complete with before and after pictures. Walked by a lot of clinics too. Yup it’s definitely a thing in Korea.