Naturally, food was the first thing that came to mind first when I thought of Tokyo. In this post I’ll try to summarize the different food I got the chance to eat while I was here.

The best sushi I’ve ever had was at the Tsukiji Fish Market. The place was called Daiwa (大和) and there is always a line up to get in. In Canada, we are used to eating a lot of raw salmon, but in Japan, it is all about tuna – especially bluefin tuna. We were also served sea urchin too and I would say that was the only time I’ve ever had sea urchin that was delicious. (More info here) 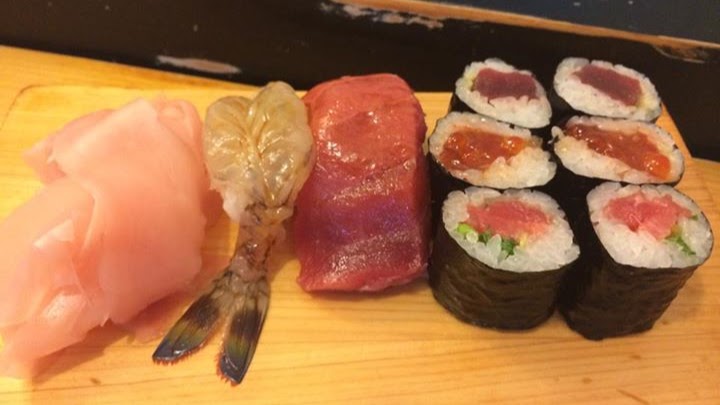 Sashimi by itself is definitely very delicious too. This sashimi platter was from a restaurant called Uokin (魚金), near Shinbashi Station in Tokyo. 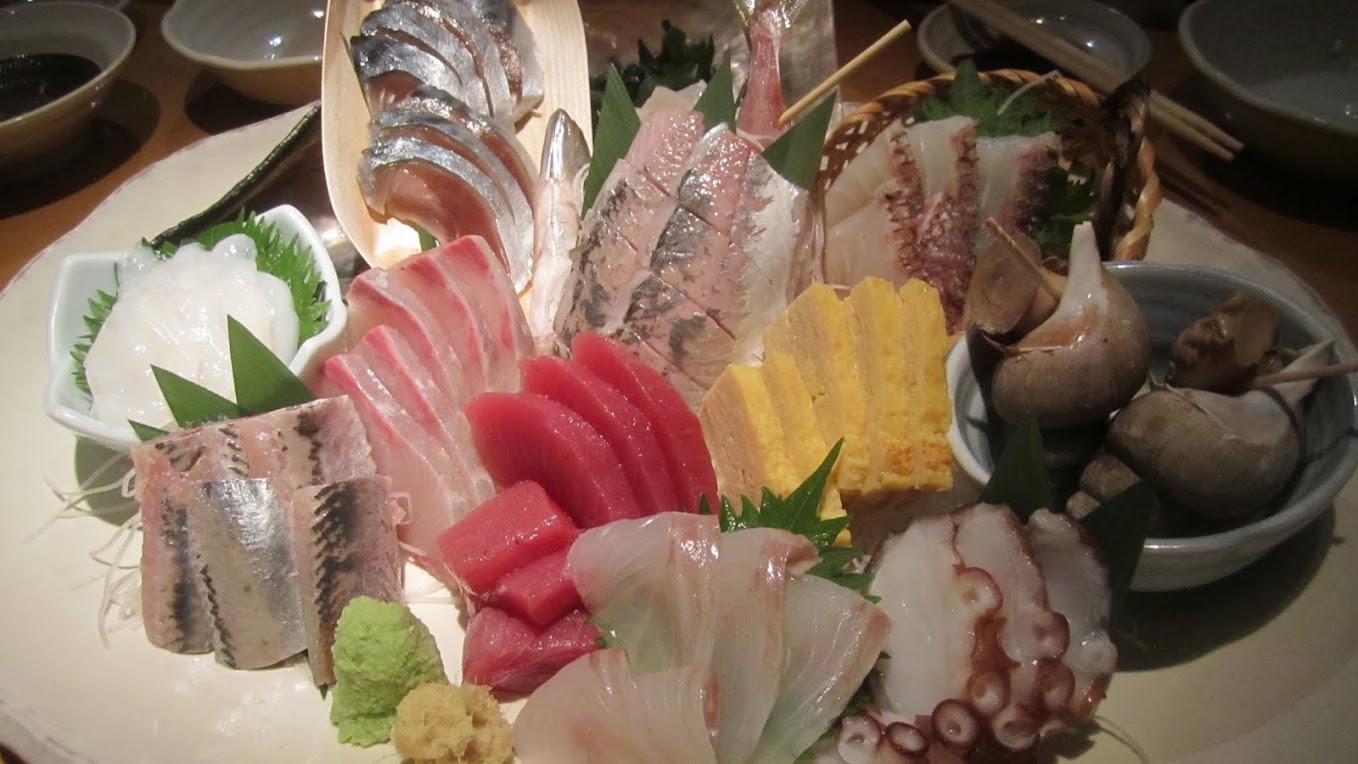 At the same restaurant, we also ate cooked fish head. I’m sure it doesn’t look that appetizing to a lot of people, but it definitely tasted very good, and I’m someone who does not normally eat fish head, but I tried it since our hosts had ordered it. Good thing I tried it too!

This is probably a lesser known dish in Japan, but we were served assorted shellfish that were still alive along with a grill to cook them in. I thought that was pretty special. That was from a seafood restaurant chain called 鈴木水産. 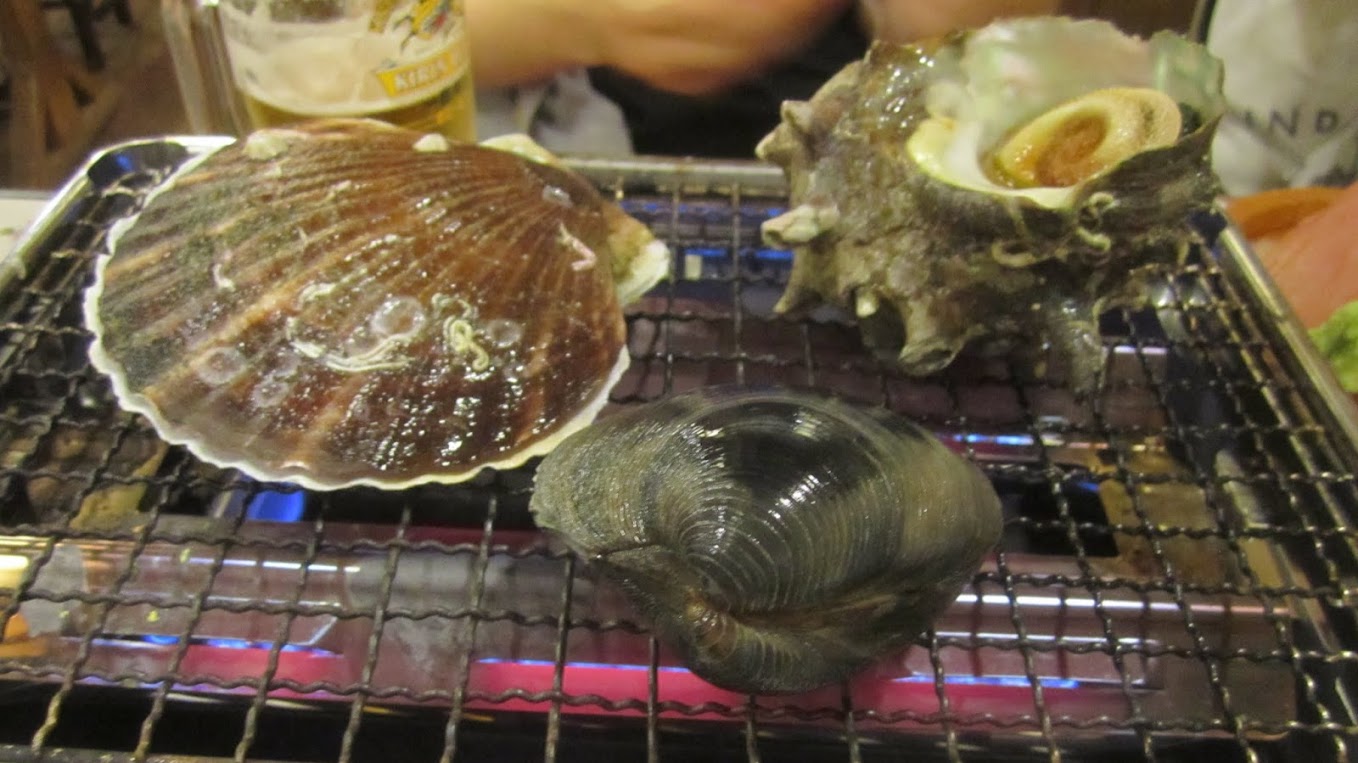 And of course, there is ramen, a classic Japanese noodle soup dish. My favourite was from a place called Ramen Shokudo Ikinaisshou in Akihabara. Some people even like to mix the soup with rice too, and that’s really good too.

Lastly, here is a type of Japanese food known as a teishoku, or a “meal set”. This one, from a chain called Yayoiken (やよい軒), has a bowl of rice, soup, and various side dishes in a tray. This is more of a fast food place though. 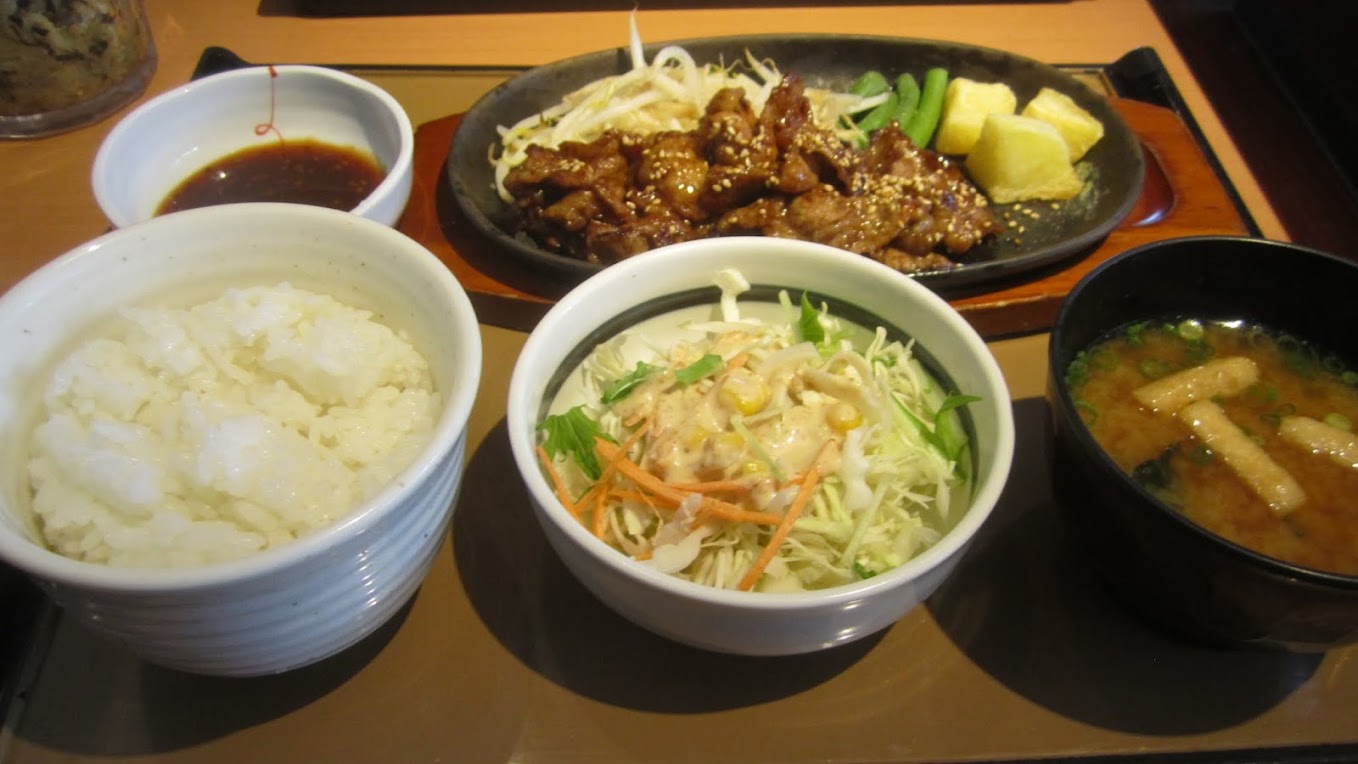 Link to photos from Tokyo: here