Hiroshima is a city in Japan that is probably most well known for the reason that it was destroyed by an atomic bomb in 1945. I had two reasons for visiting Hiroshima: the first was to visit the Hiroshima Peace Memorial and the second was to eat Okonomiyaki. 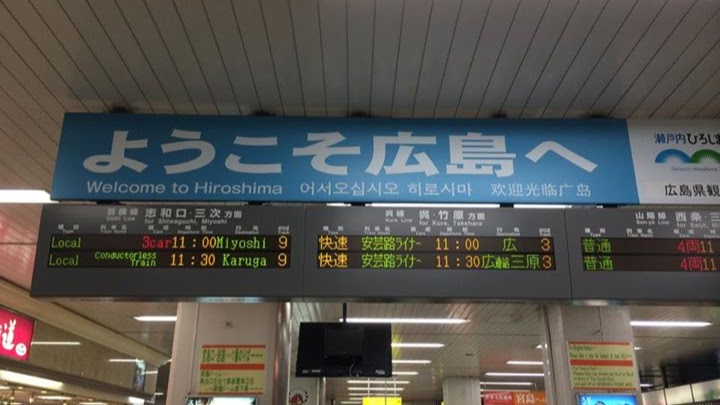 Okonomiyaki (お好み焼き) is a sort-of pancake that is made with batter, soba noodles, cabbage, meat, mayo, and really anything that people want in it. The “okonomi” part of the word means “whatever you like”, and “yaki” means “grilled”. This was at a place called Micchan (みっちゃん), which is one of Hiroshima’s most famous okonomiyaki chains, but my friend who has lived in Hiroshima for a bit told me that there were definitely better places to eat Okonomiyaki. 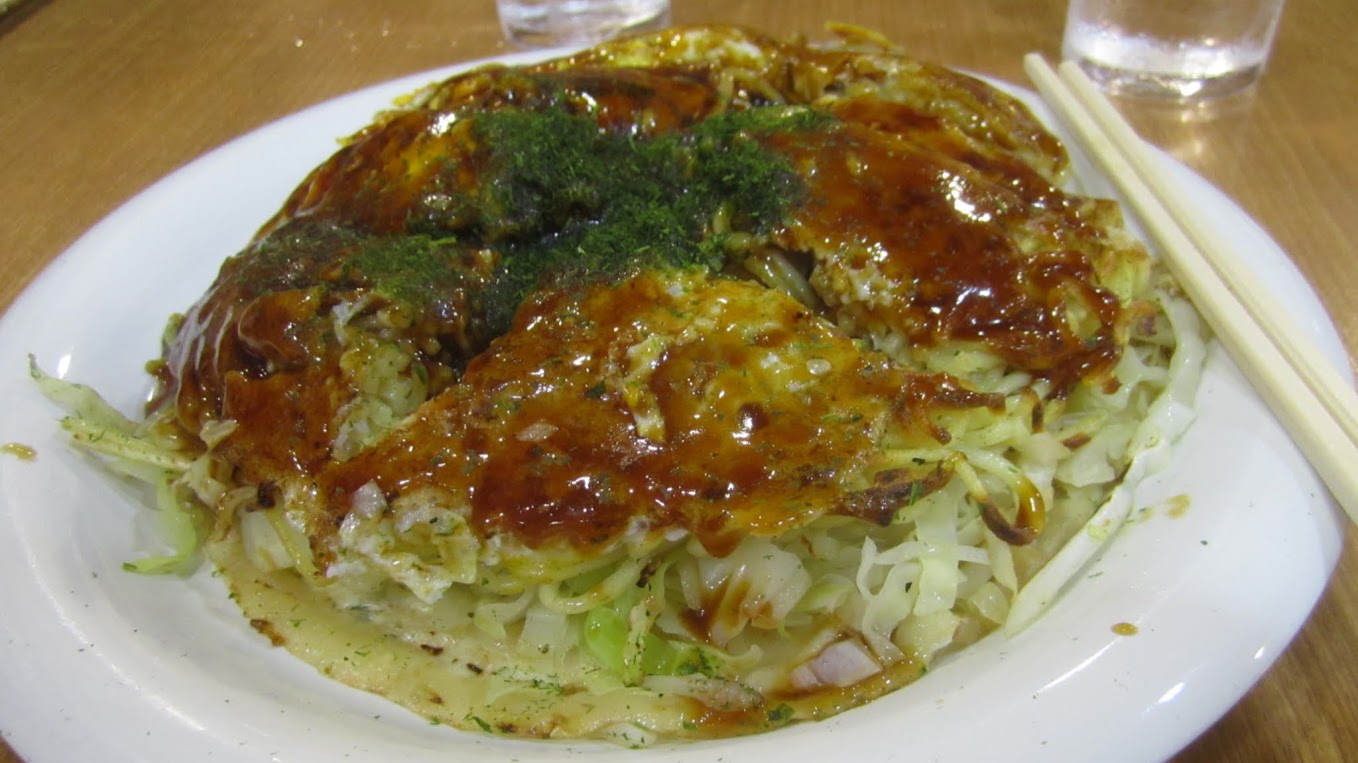 We visited the Atomic Bomb Dome (原爆ドーム), which is a building that symbolically represents the destruction of the atomic bomb. When the bomb exploded in the sky over the city, over 70,000 people died instantly. Some buildings managed to remain standing, and this was one of them. On one hand, it is a sad reminder of the history’s tragic past, and on the other hand, it speaks of the horrors of the use of atomic weapons. It was quite rainy that day, which added to the depressing effect of the history of the tragedy.

At the Children’s Peace Monument, there is a statue of a little girl holding up an origami crane. It commemorates a Sadako Sasaki, who was two years old at the time when the bomb dropped. Before her death from Leukemia at the age of 12, she folded 1,000 origami cranes, which according to an ancient Japanese legend, would grant her one wish. On the day we visited, a large group of people gathered around the statue reciting something together, presumably, the story of Sadako Sasaki. 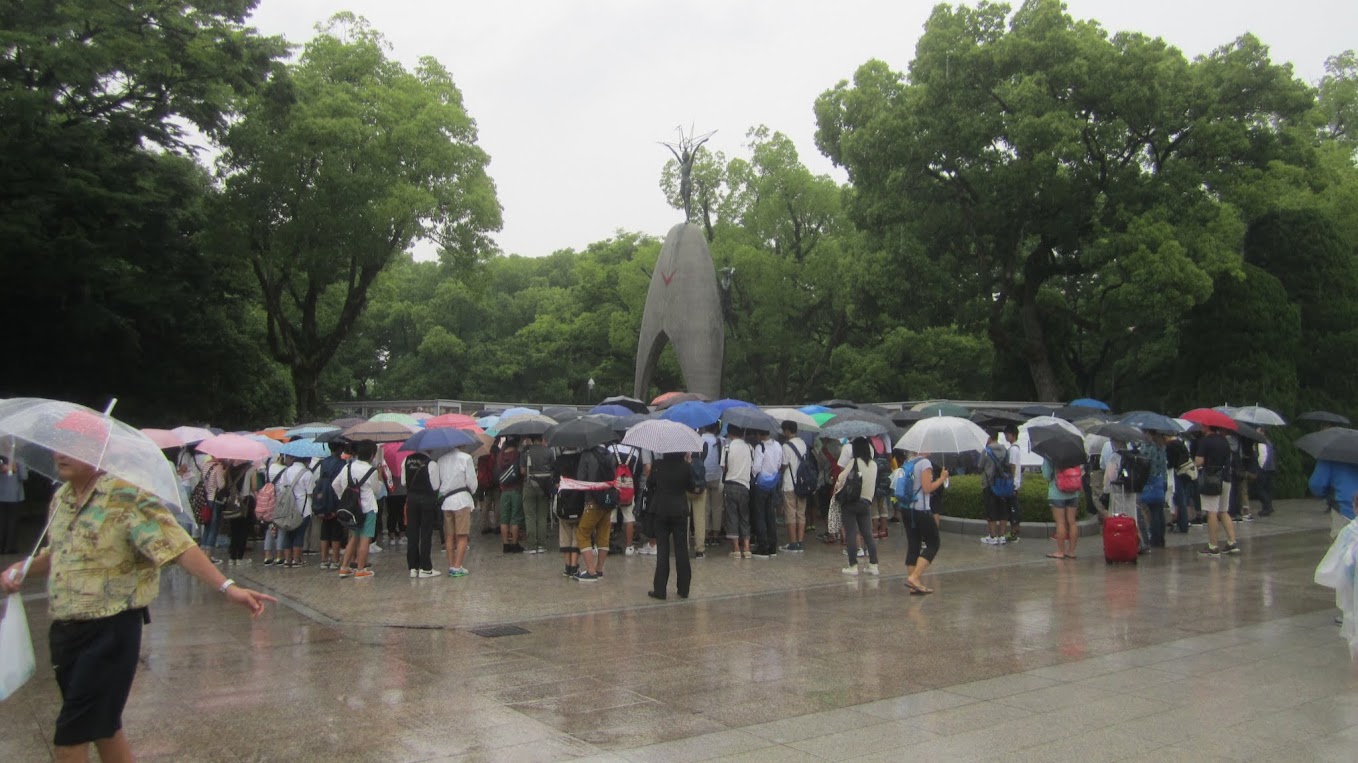 Behind the statue are display cases full of origami cranes. 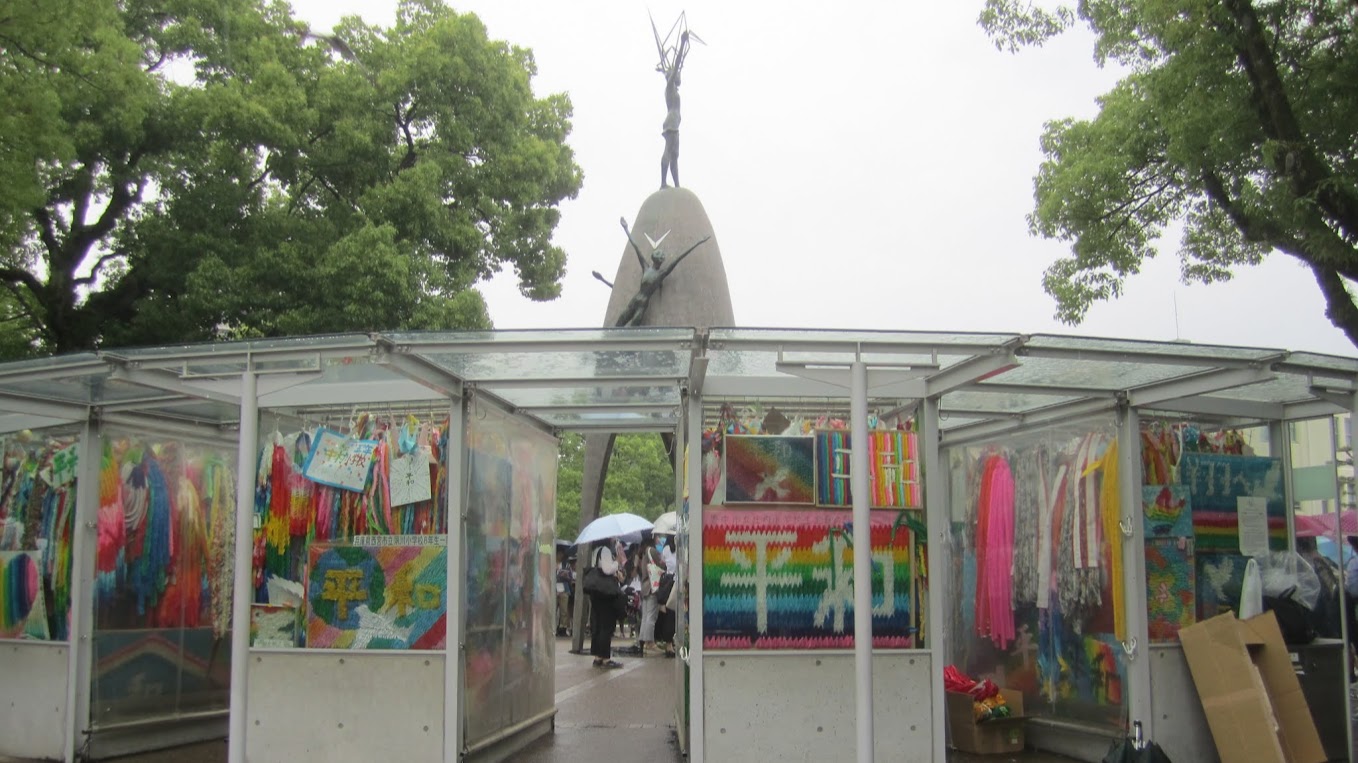 Another monument, the Peace Flame, has been lit since 1964 and will continue being lit until the world is free from nuclear weapons. 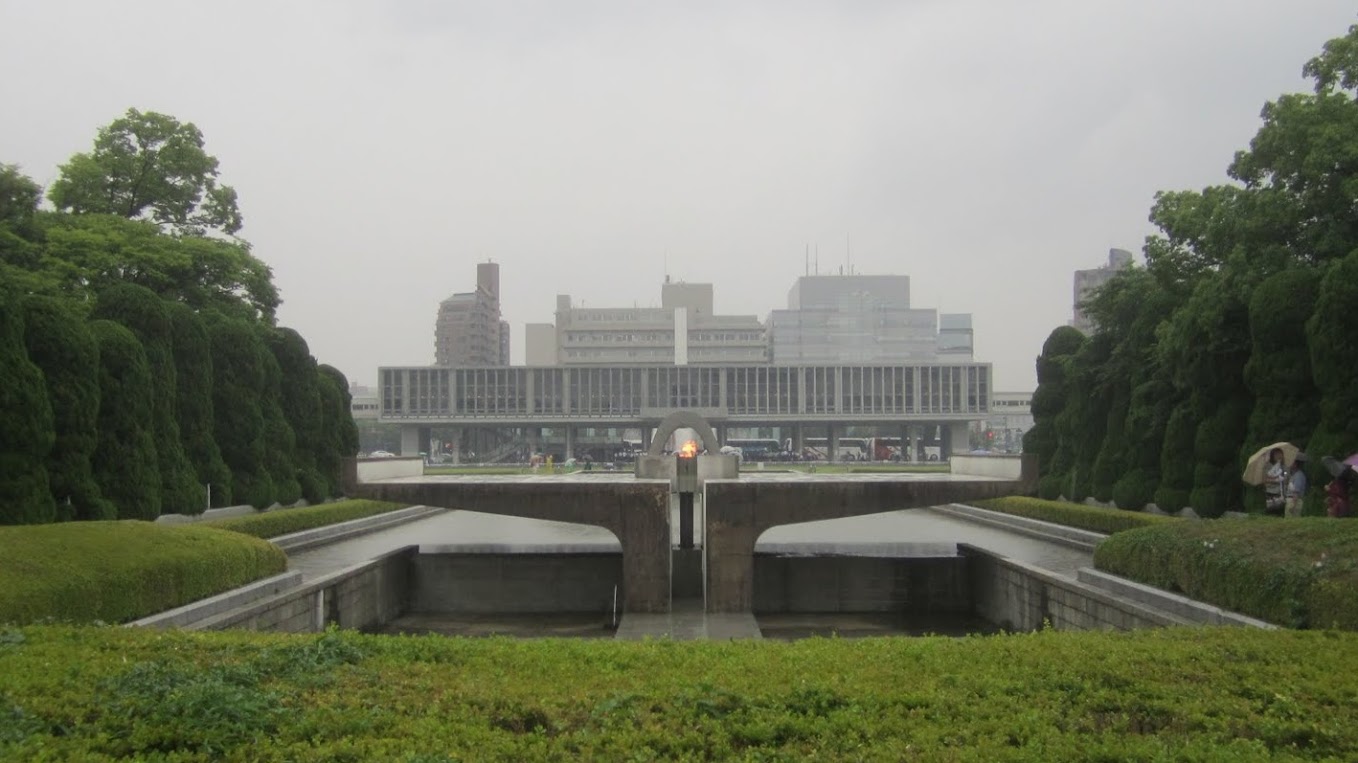 At the Peace Memorial Museum, a quote reads:

The purpose of the museum is to tell the story of Hiroshima, so that the same thing does not happen again anywhere else in the world. One of the artifacts at the museum is a simple watch, but it is stuck at the time 8:15, which is the time of the detonation. 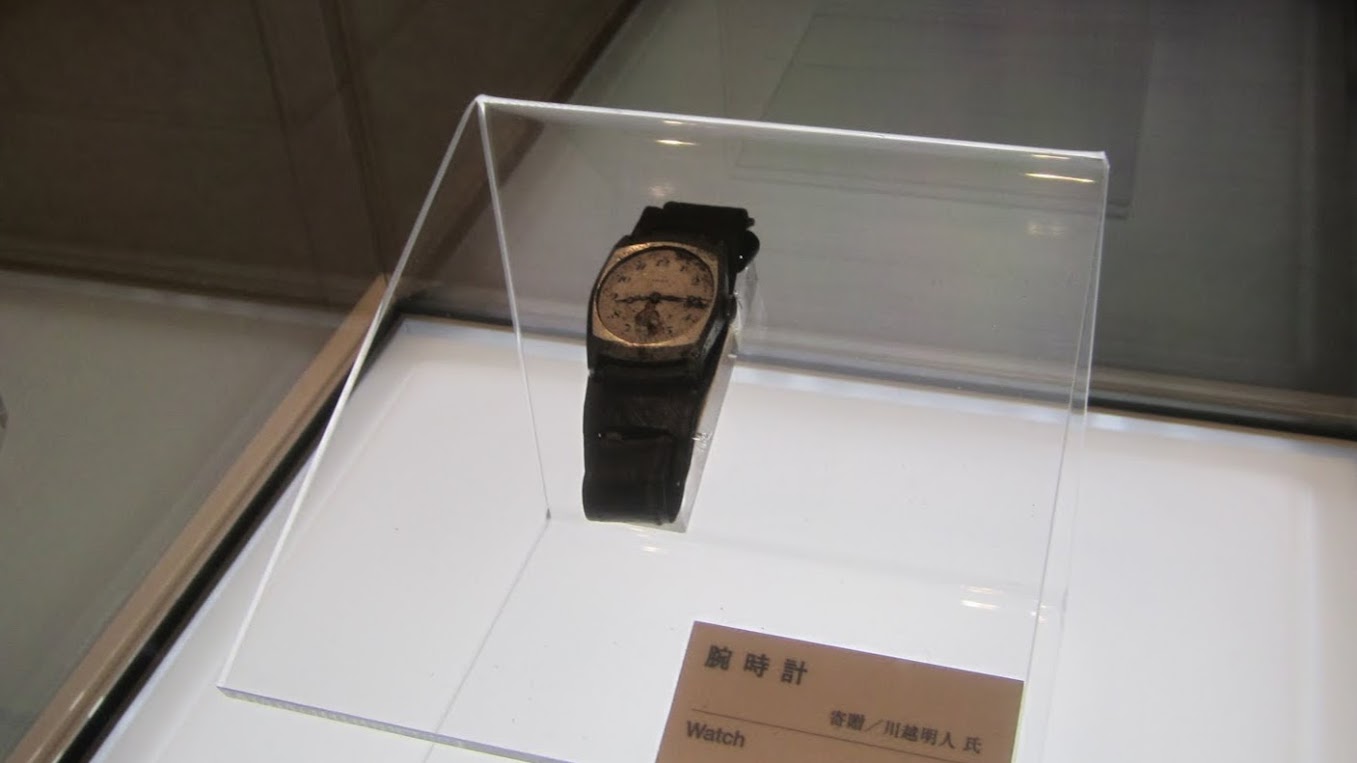 This scale model shows the magnitude of the destruction. The red ball represents the location where the bomb exploded.

As a plea to end the use of nuclear weapons, every mayor of Hiroshima sends a letter of protest to the country that performs any nuclear testing. There is definitely still more work to be done before this goal is reached.