The next destination of this trip was Copenhagen.

Someone told me that the pastries were really good, and they were totally correct!! 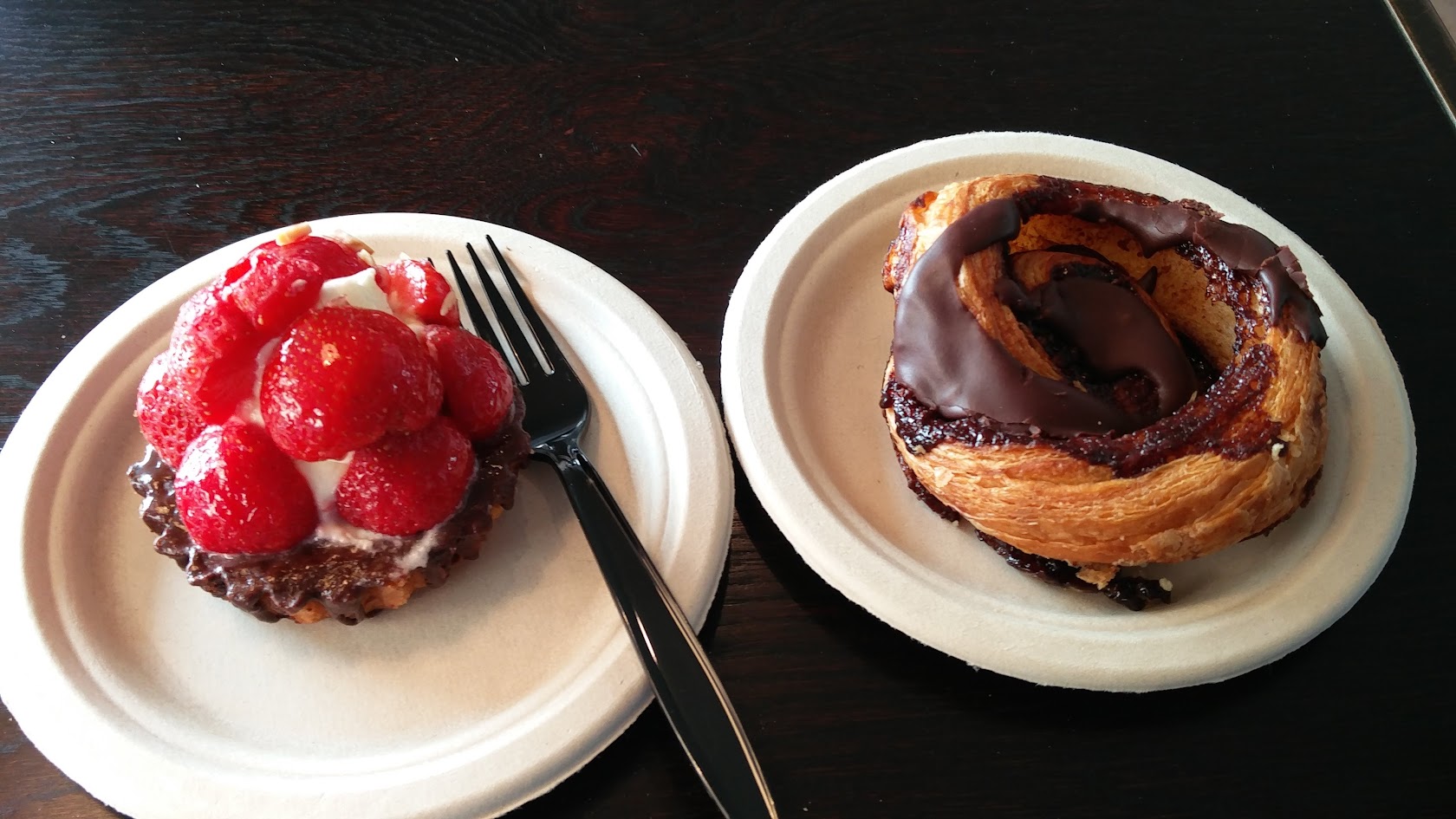 This is the Danish Parliament building. They also allow a small number of people to go up to the top of that tower for free!! We did have to wait for about 20 minutes though, but I think that was a not so well known destination. 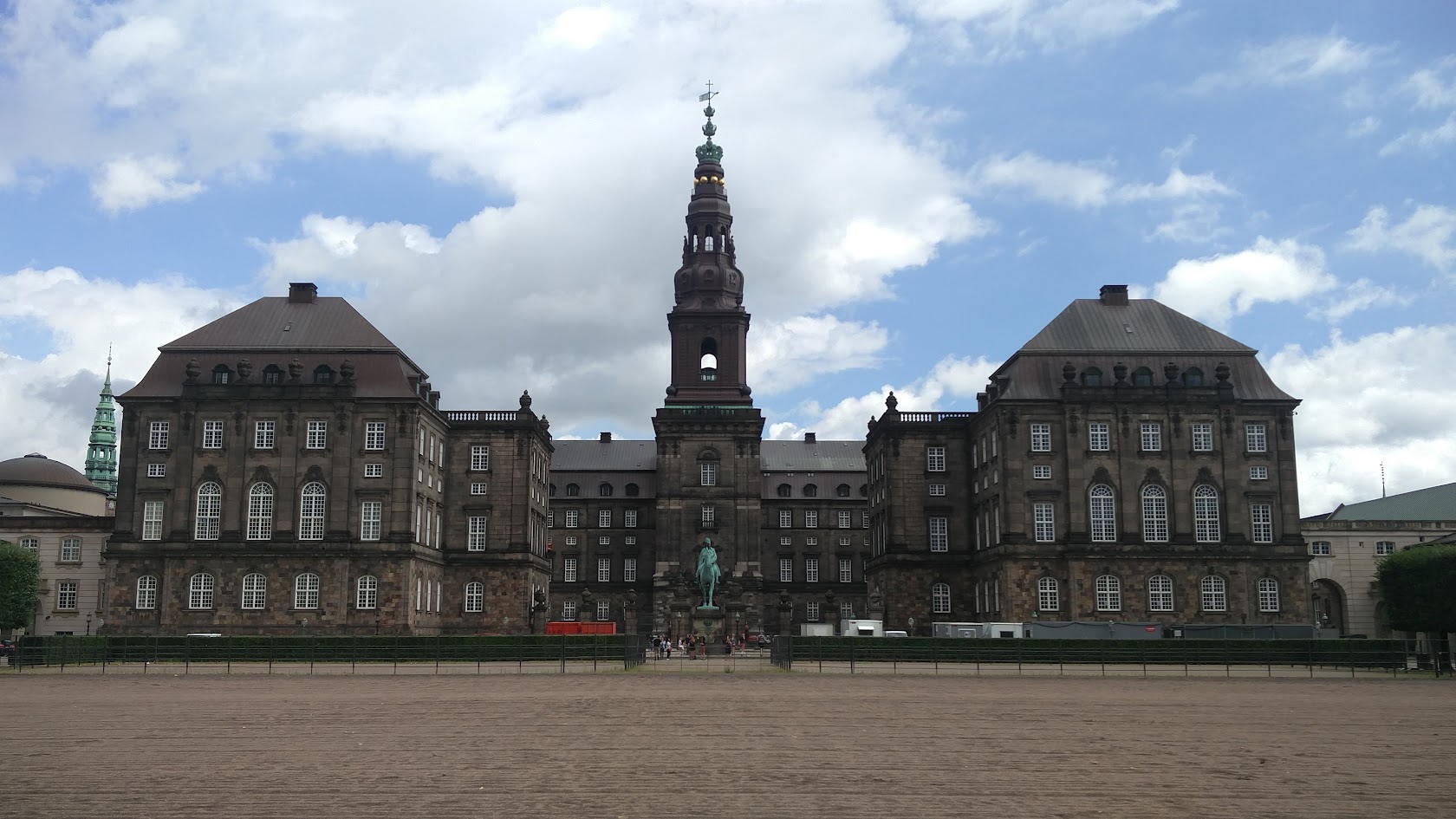 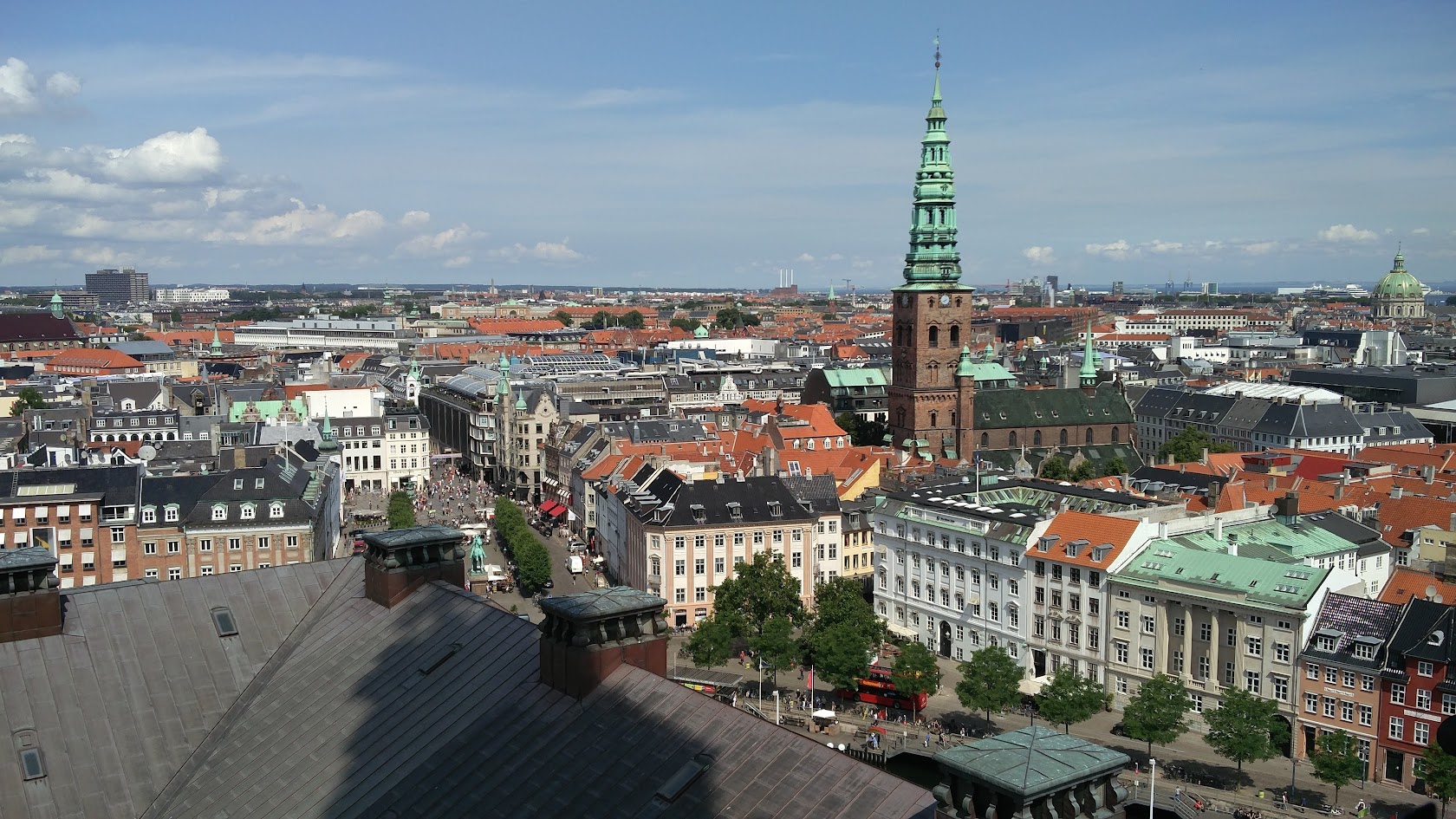 Everybody says that Nyhavn is a must-see destination. It’s definitely gorgeous, but everything around here is super pricey!! 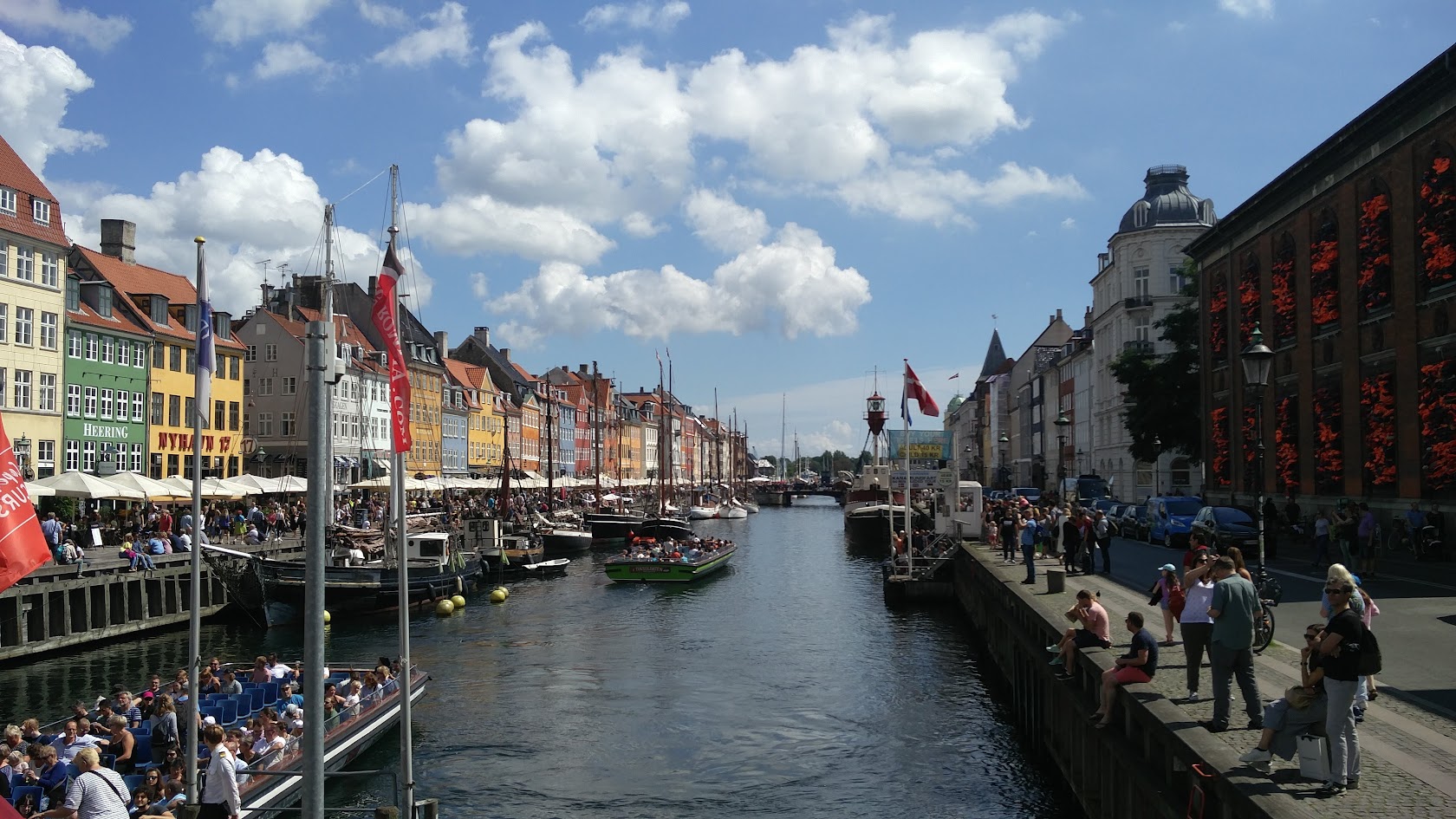 Amalienborg is the home of the Danish royal family. Sometimes people see the Crown Prince of Denmark going in an out of the palace dressed like a normal person. The building with the dome at the back is the Marble Church. 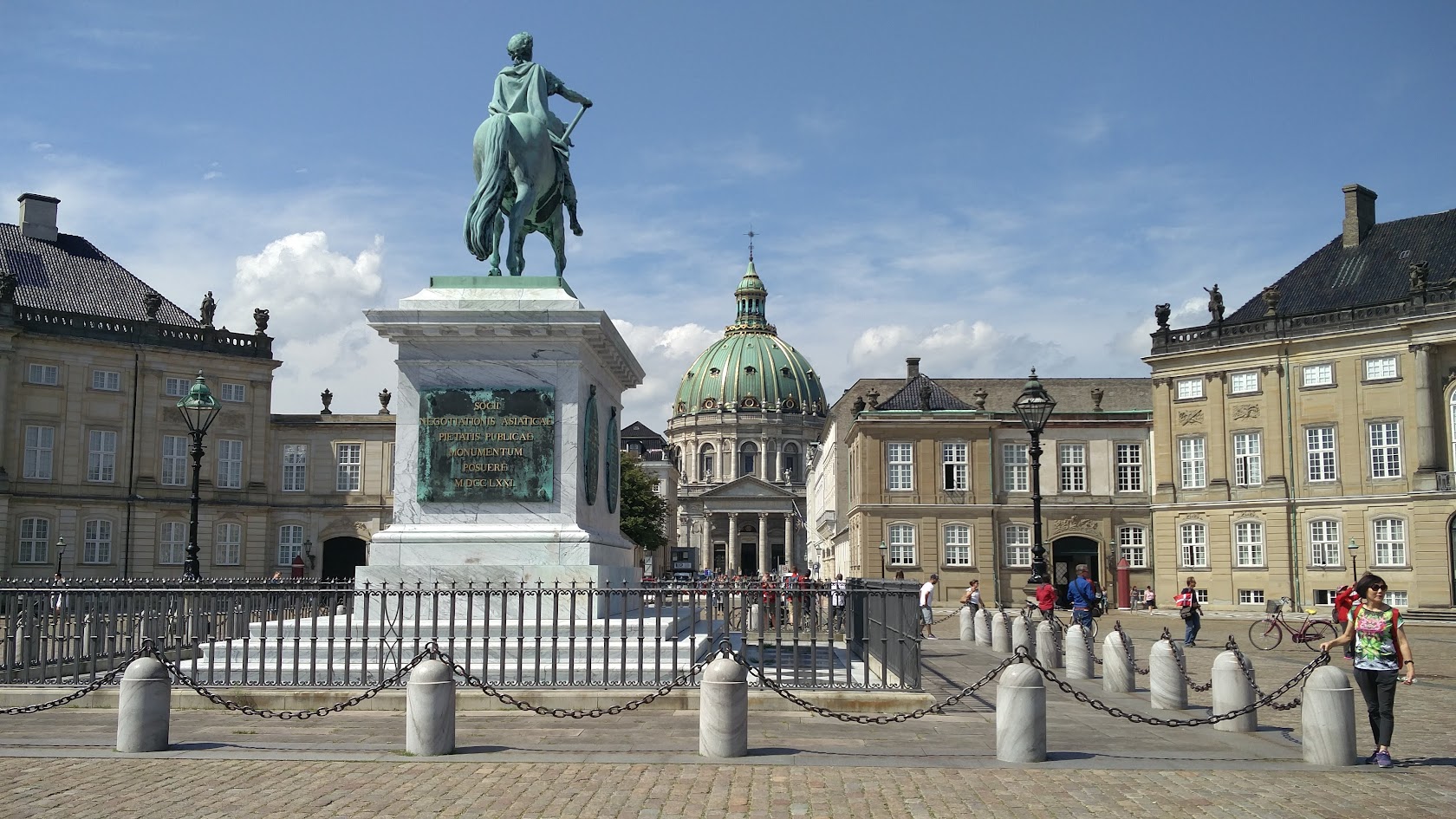 These palace guards walked right by me!! Can’t imagine wearing the full uniform on a blazing hot day… 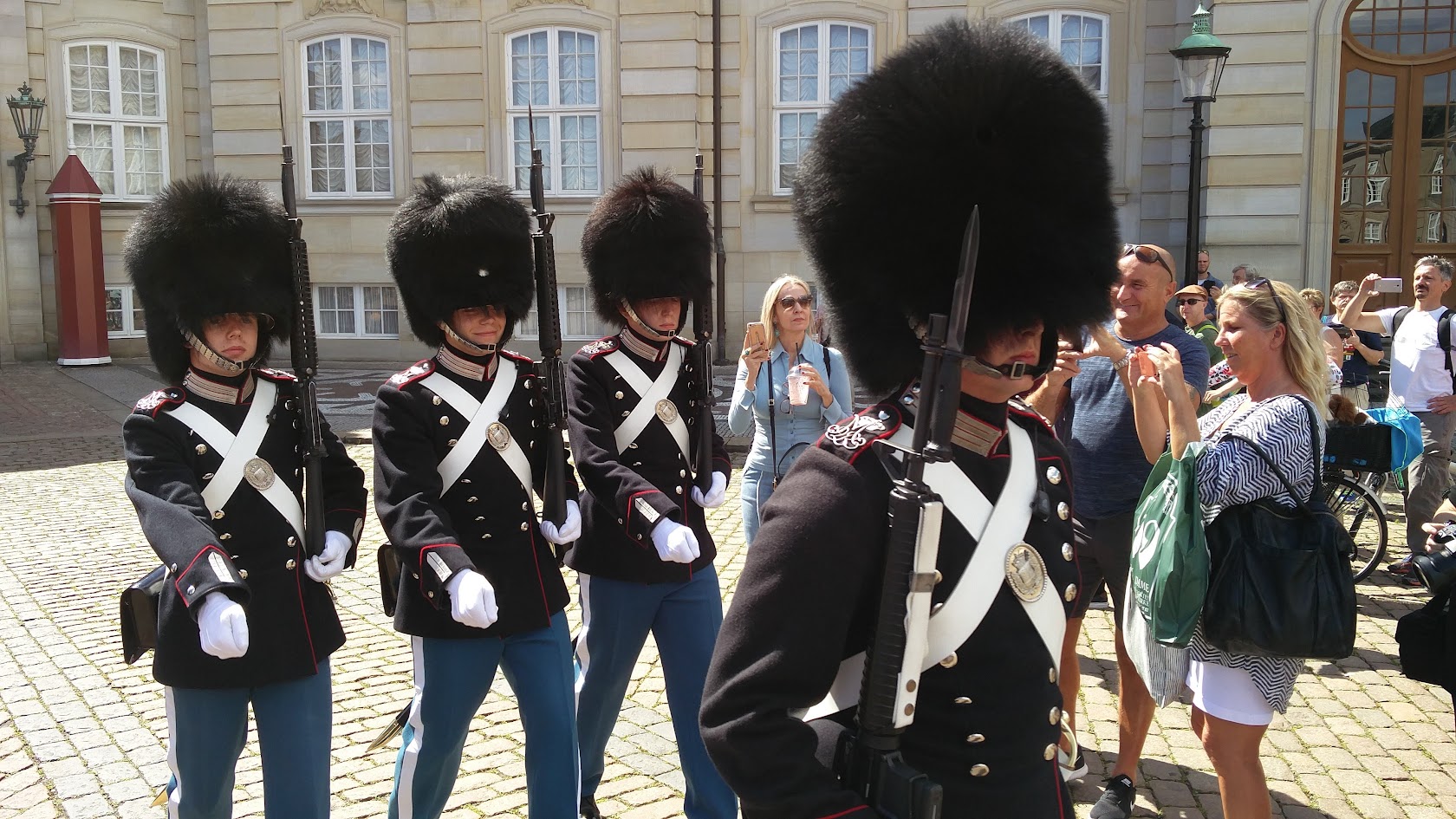 Next up, was a chill bike ride around the city going at a slow 10 km/h. The weather really cooperated with us! It was a weird change going from wearing a full bicycle kit while riding my roadbike to wearing street clothes and riding this commuter with a basket on top… 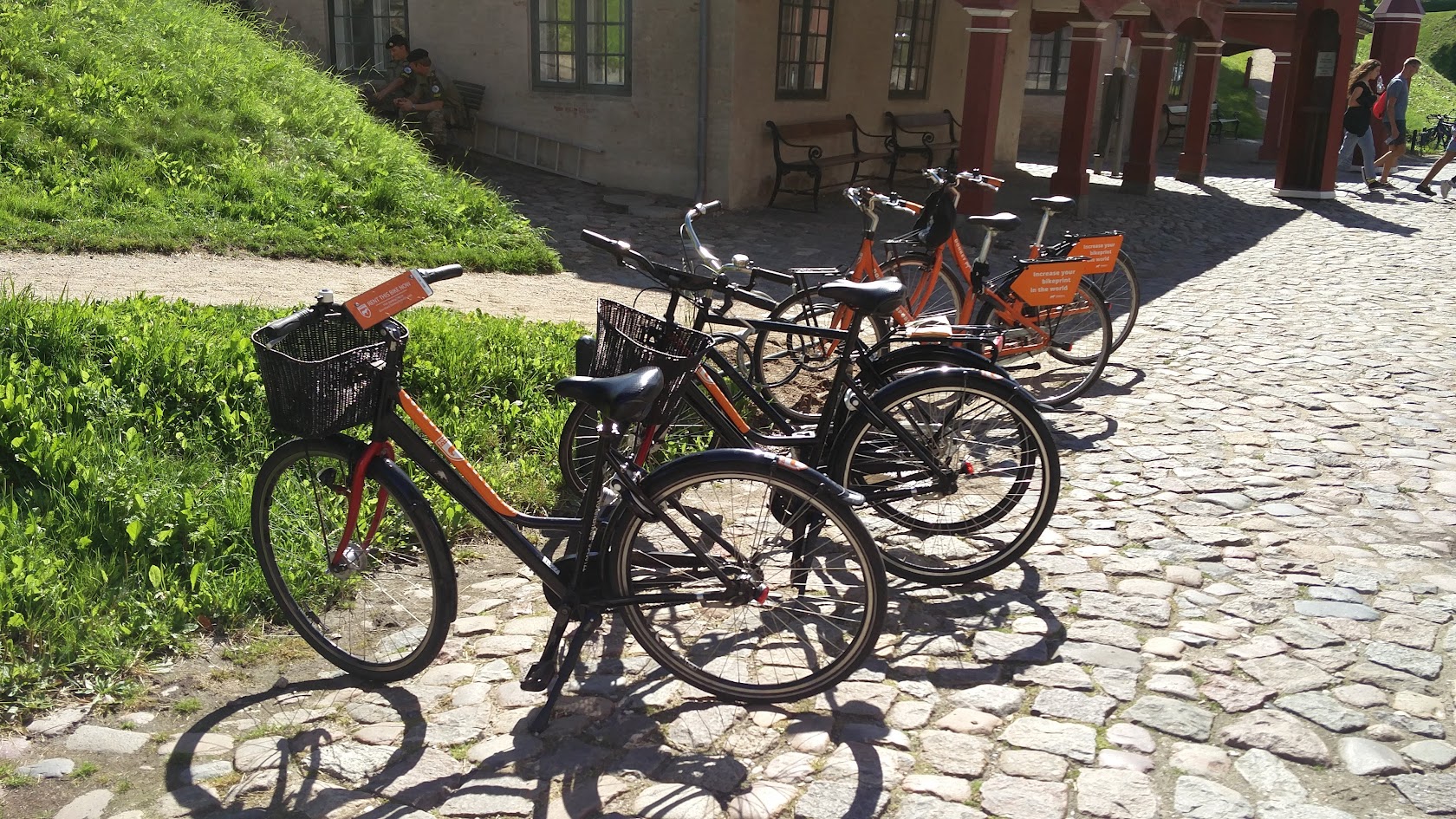 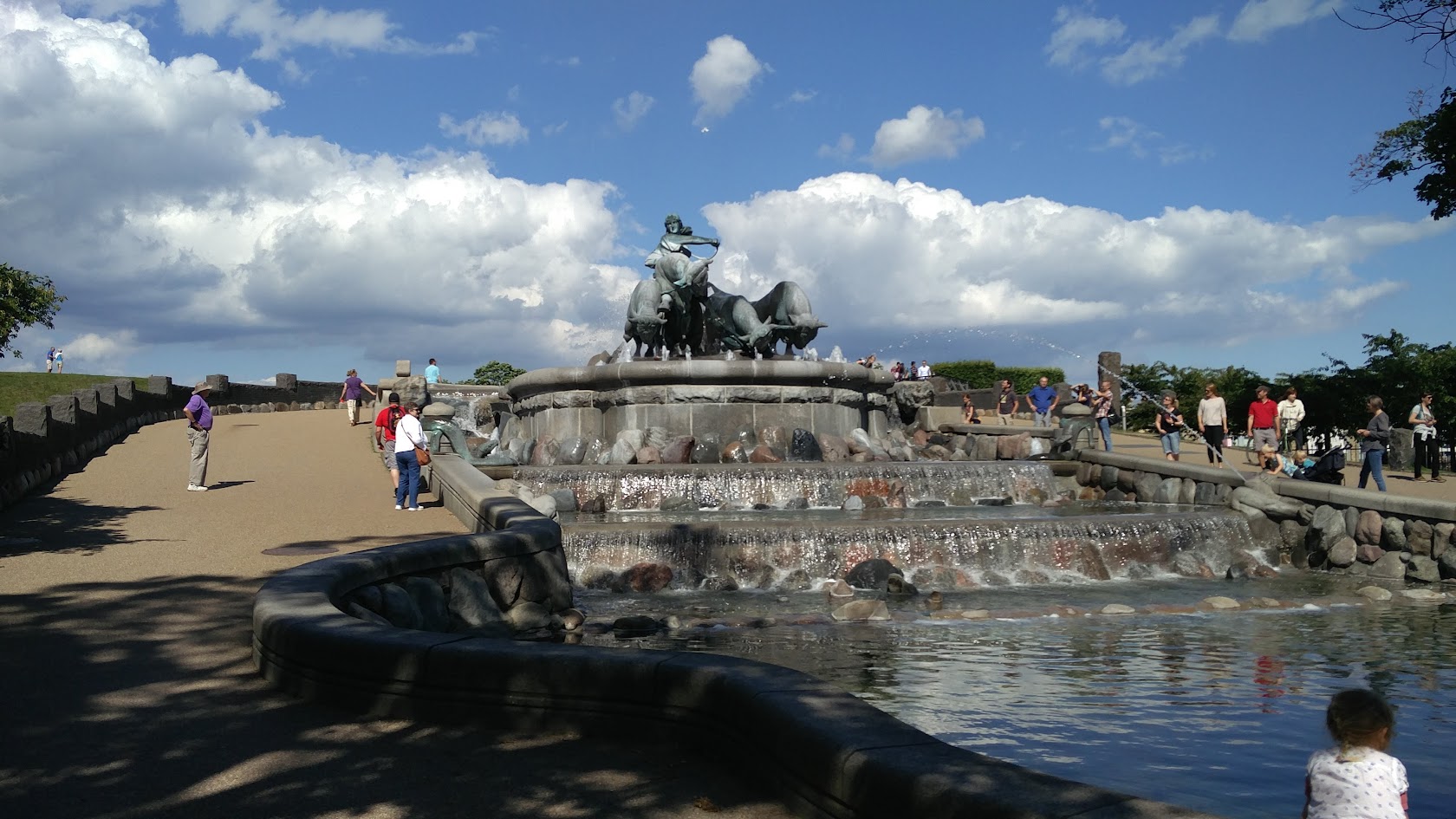 We rode through this old school star-shaped fortress that has been turned into a nice greenspace! 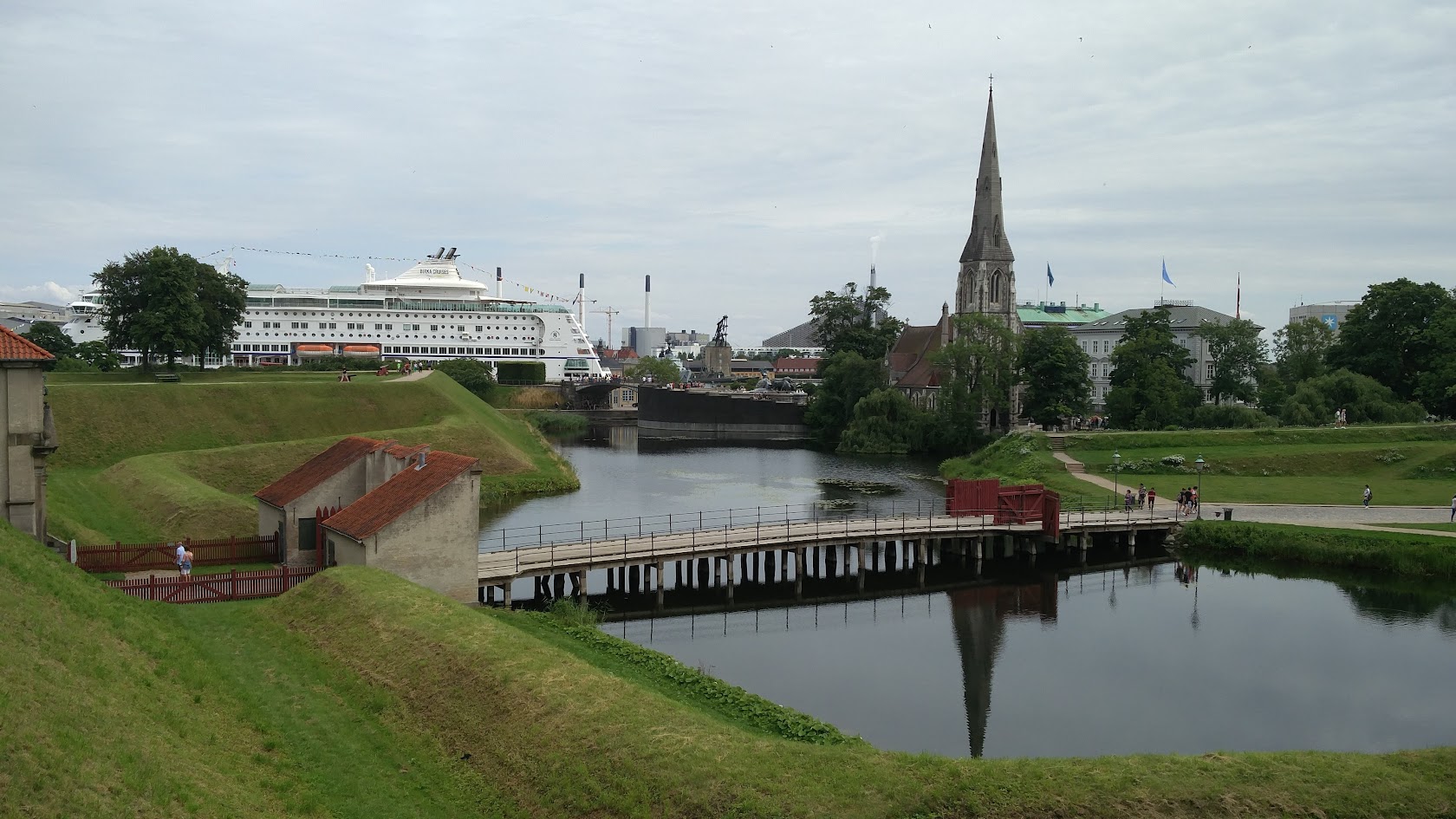 North of there was the Little Mermaid statue that everybody talks about. Everybody says it’s a must-see attraction, but the most underwhelming. They make it look so big in the pictures but in reality it’s tiny. 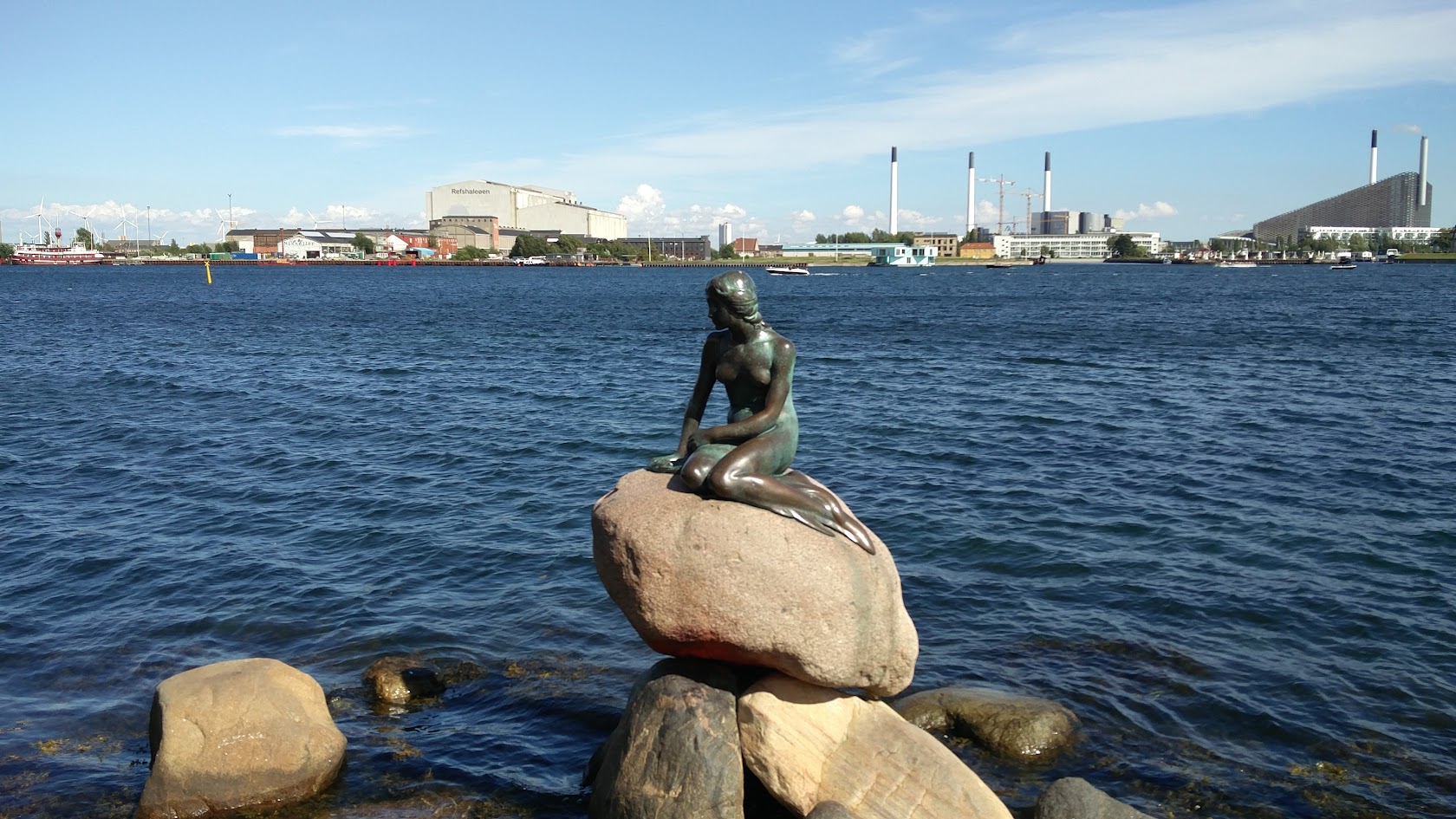 We rode past a military installation and saw this interesting sign… They’re really up to date with this drone stuff. 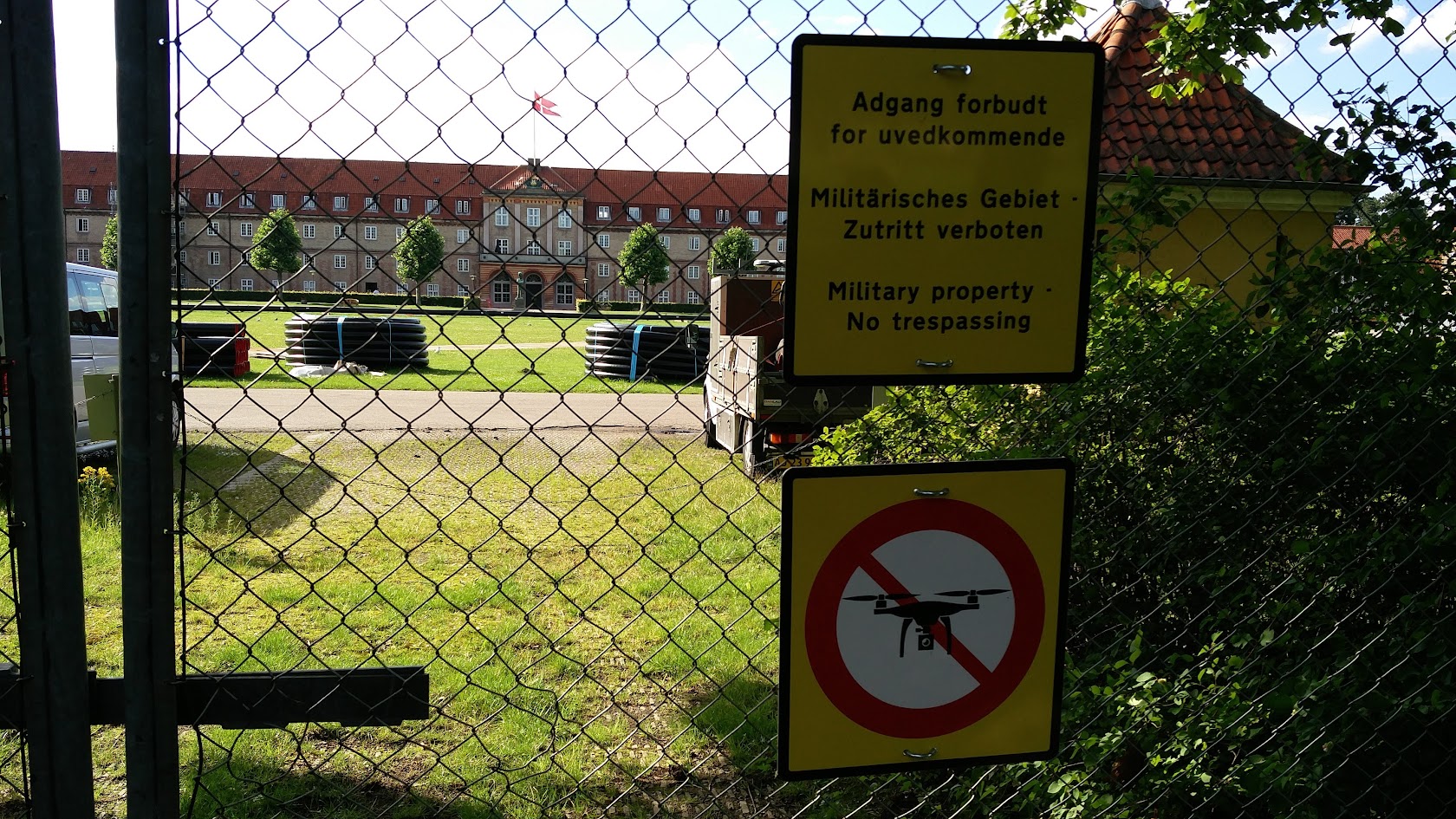 I was in Copenhagen around the same time as Chester Bennington from Linkin Park passed away. He even left a mark on the people in Copenhagen. 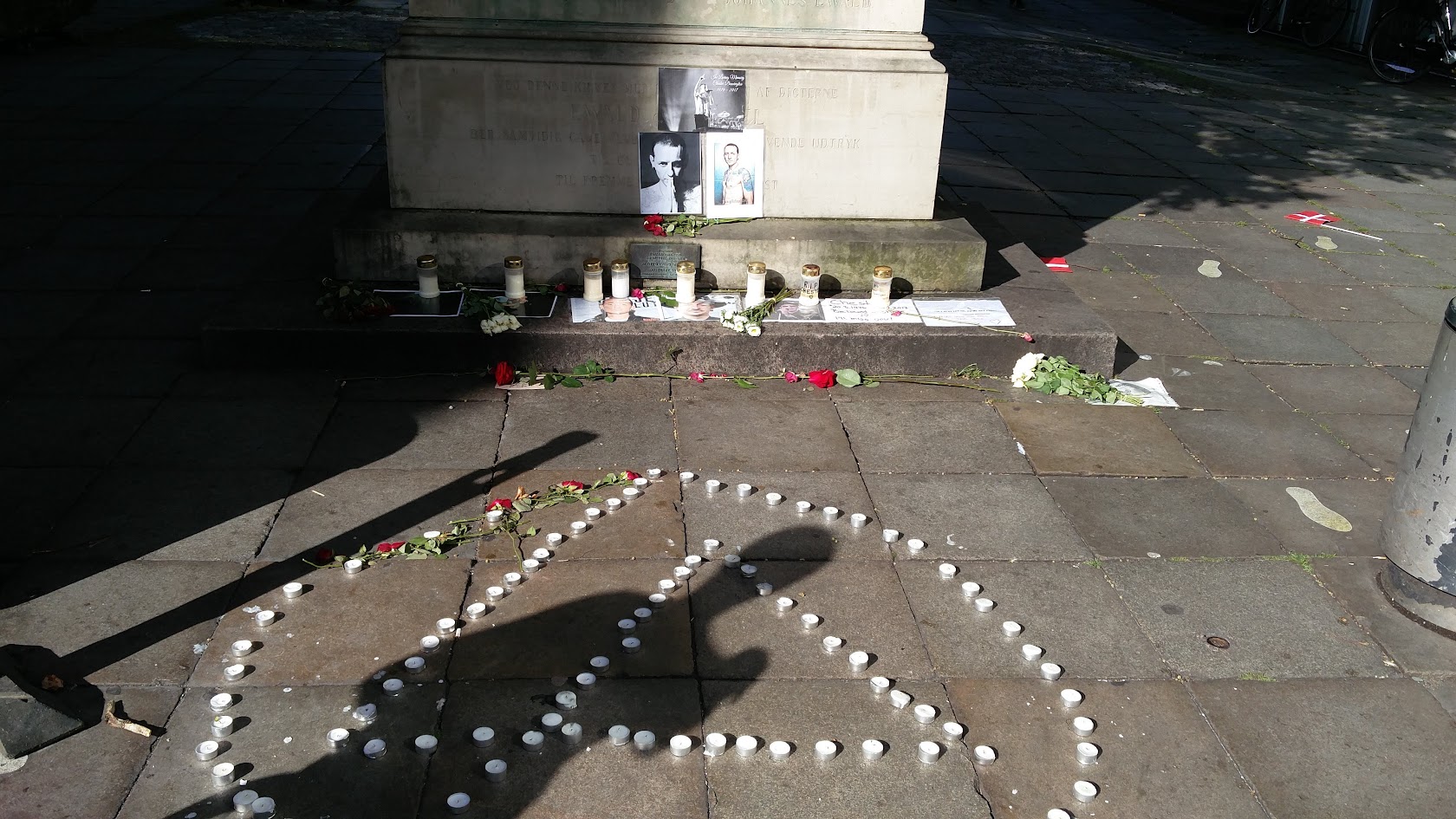 There’s a reason why people say Copenhagen is the bike capital of the world. 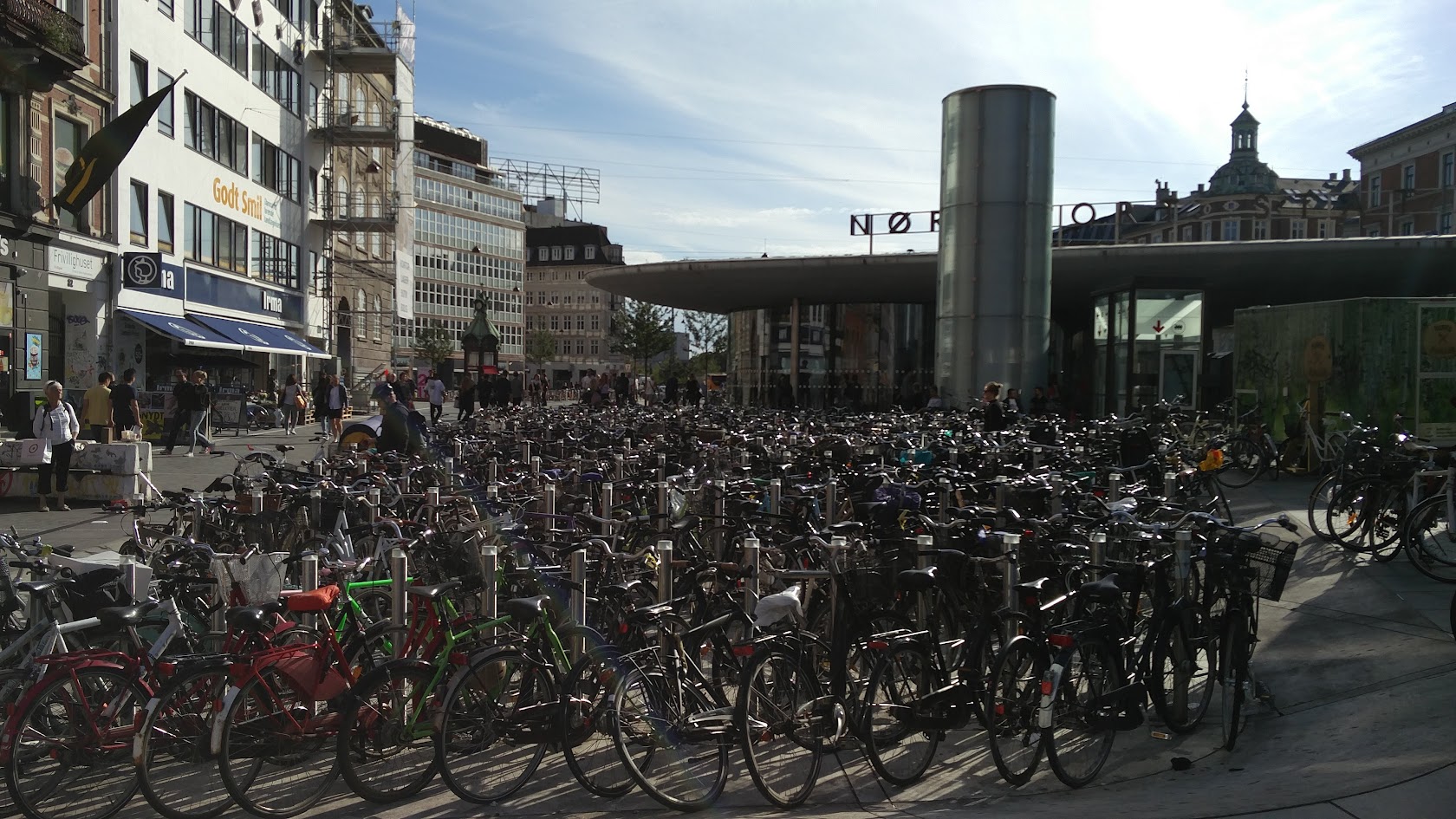 The white buildings in the distance is Paper Island – a hipster place to hang out and eat food. 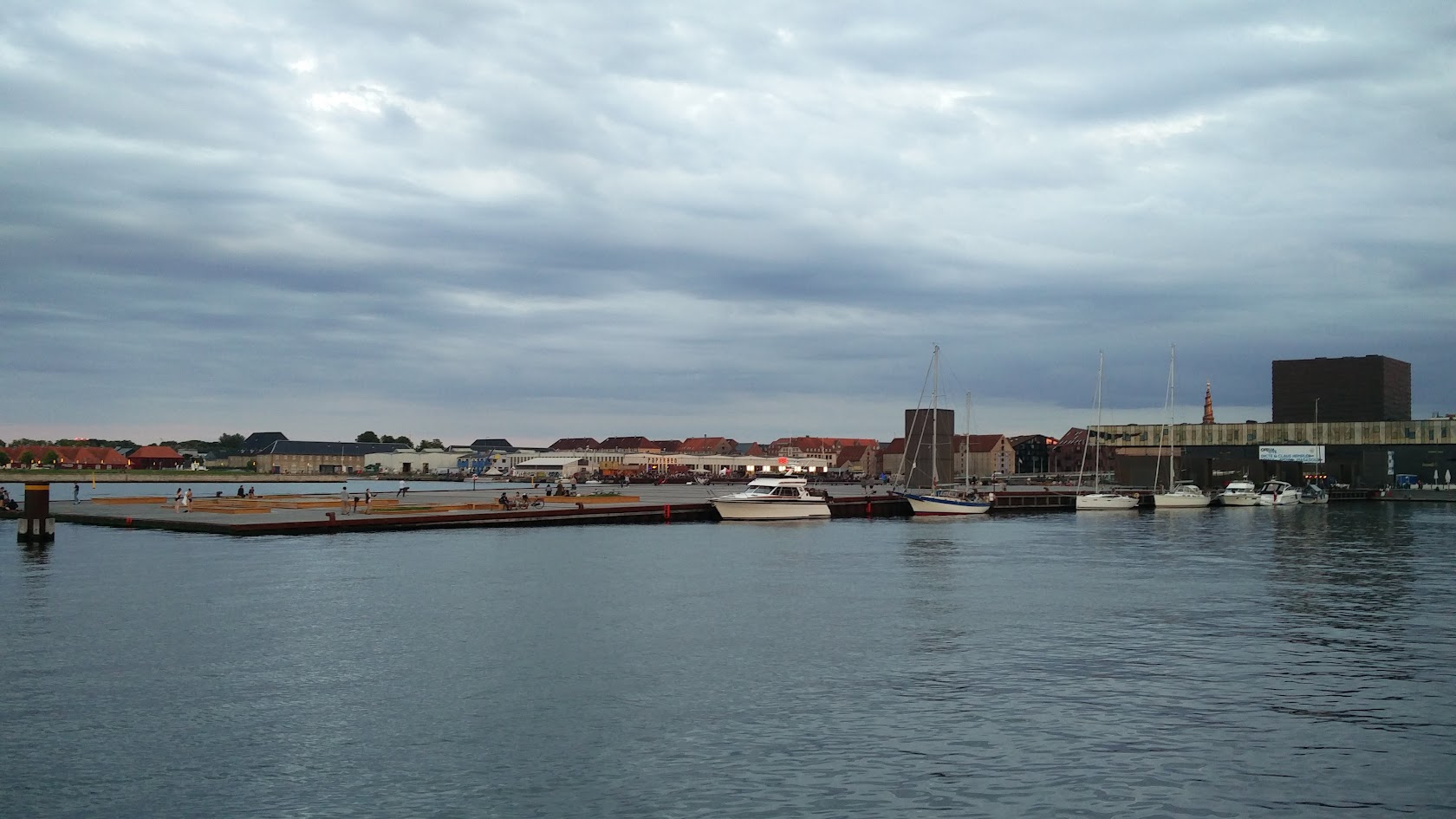 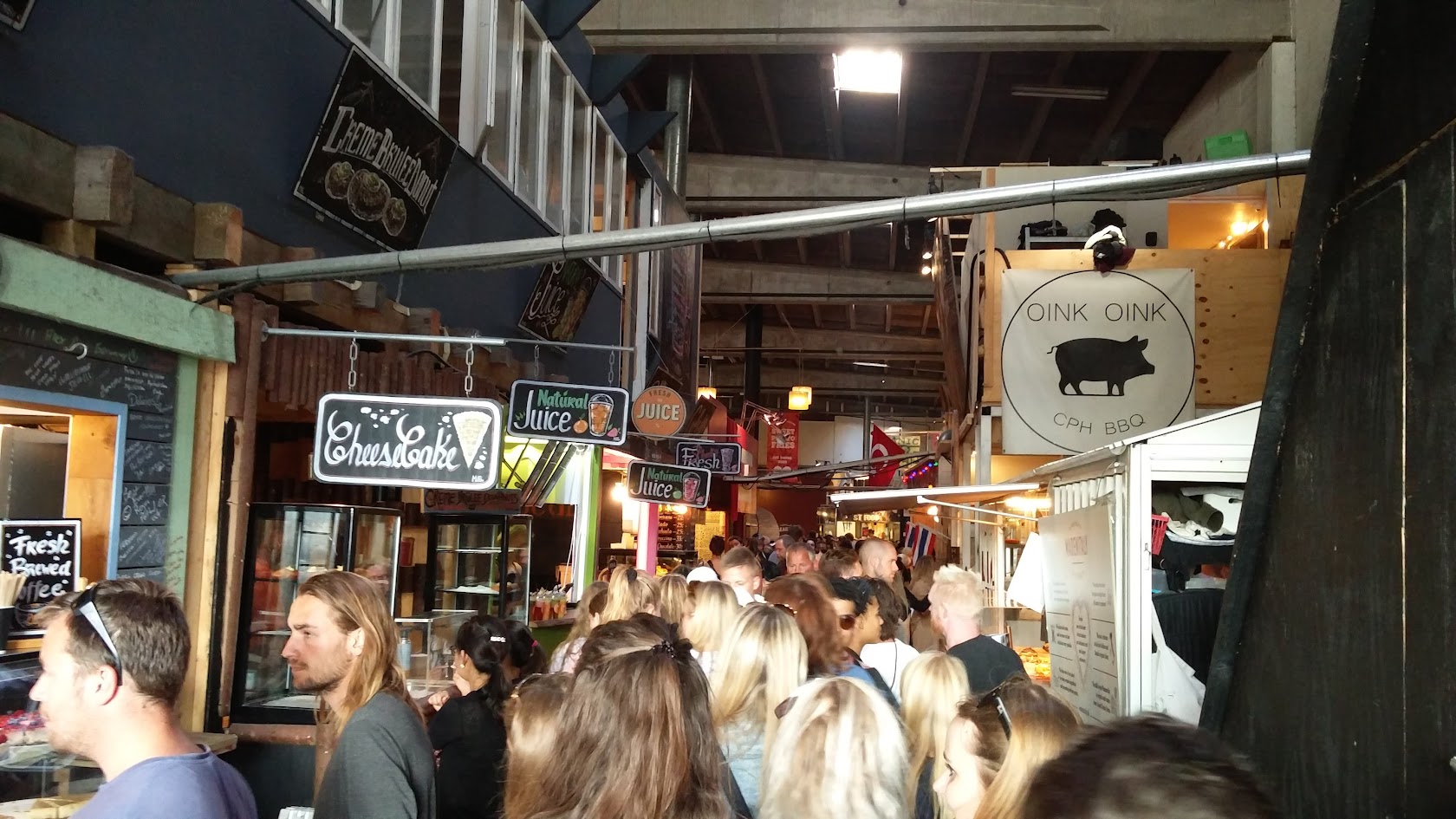 To my surprise, I found an ostrich burger… It definitely had a light taste. I’ve heard it tastes a lot like beef, but I didn’t get that impression. 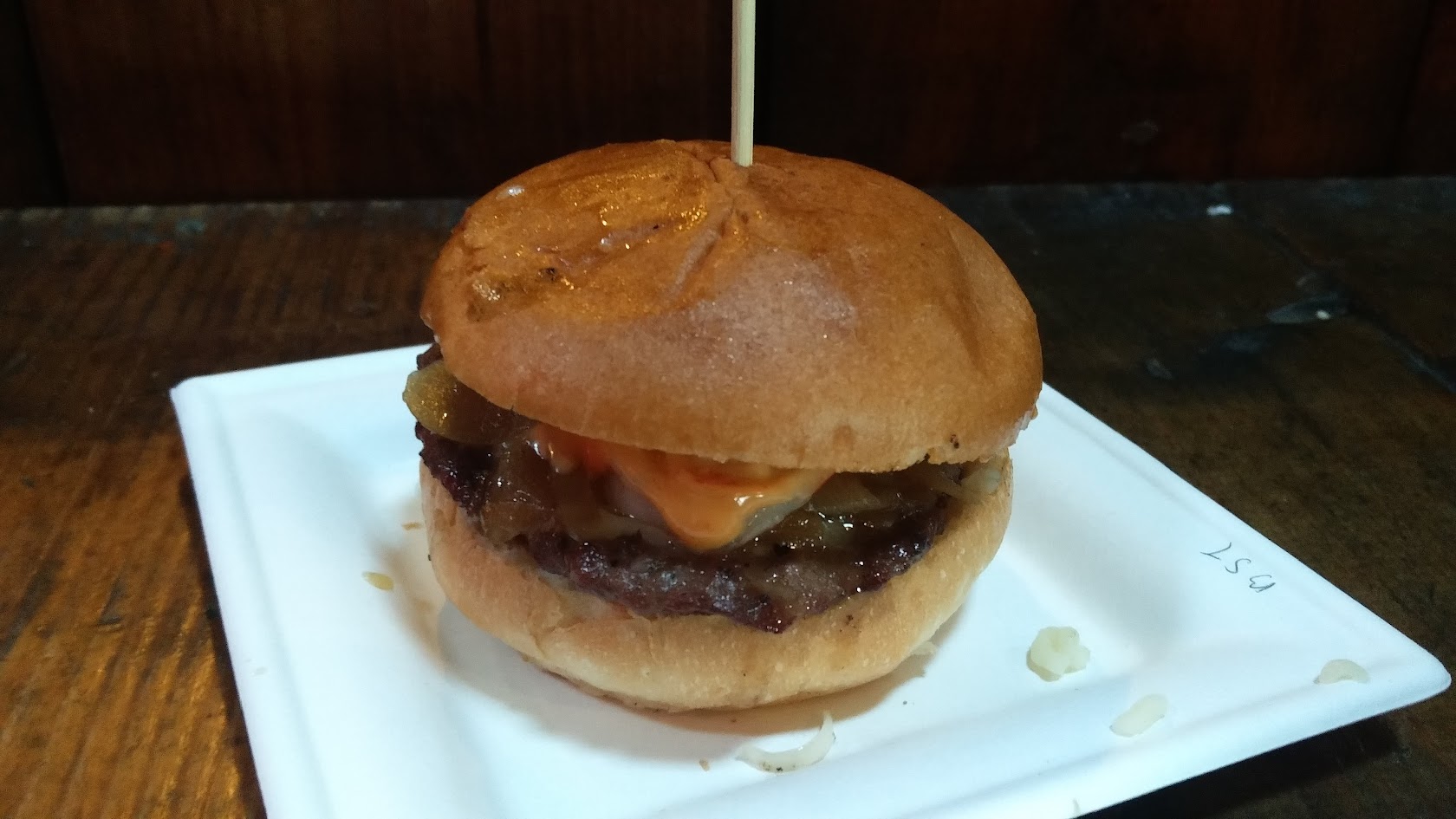 Next, we went to Freetown Christiania – an area that the people there self proclaim as autonomous. The area was formed by squatters on land used by the military. Today it is a kind of like area where the police in Copenhagen don’t really enforce their jurisdiction (although they can), and it is governed by the people who belong to that community who have created their own rules. All the houses have graffiti on them, the paint on the walls is slowly flaking off, and every house has tons of advertisement posters painted on them. The people in the community are either hobos or hippies and sometimes it’s hard to tell which – and they’re probably all high as a kite. If you’re looking for a wild party, you’ll probably find it here. It’s a shame that I wasn’t allowed to take photos inside. 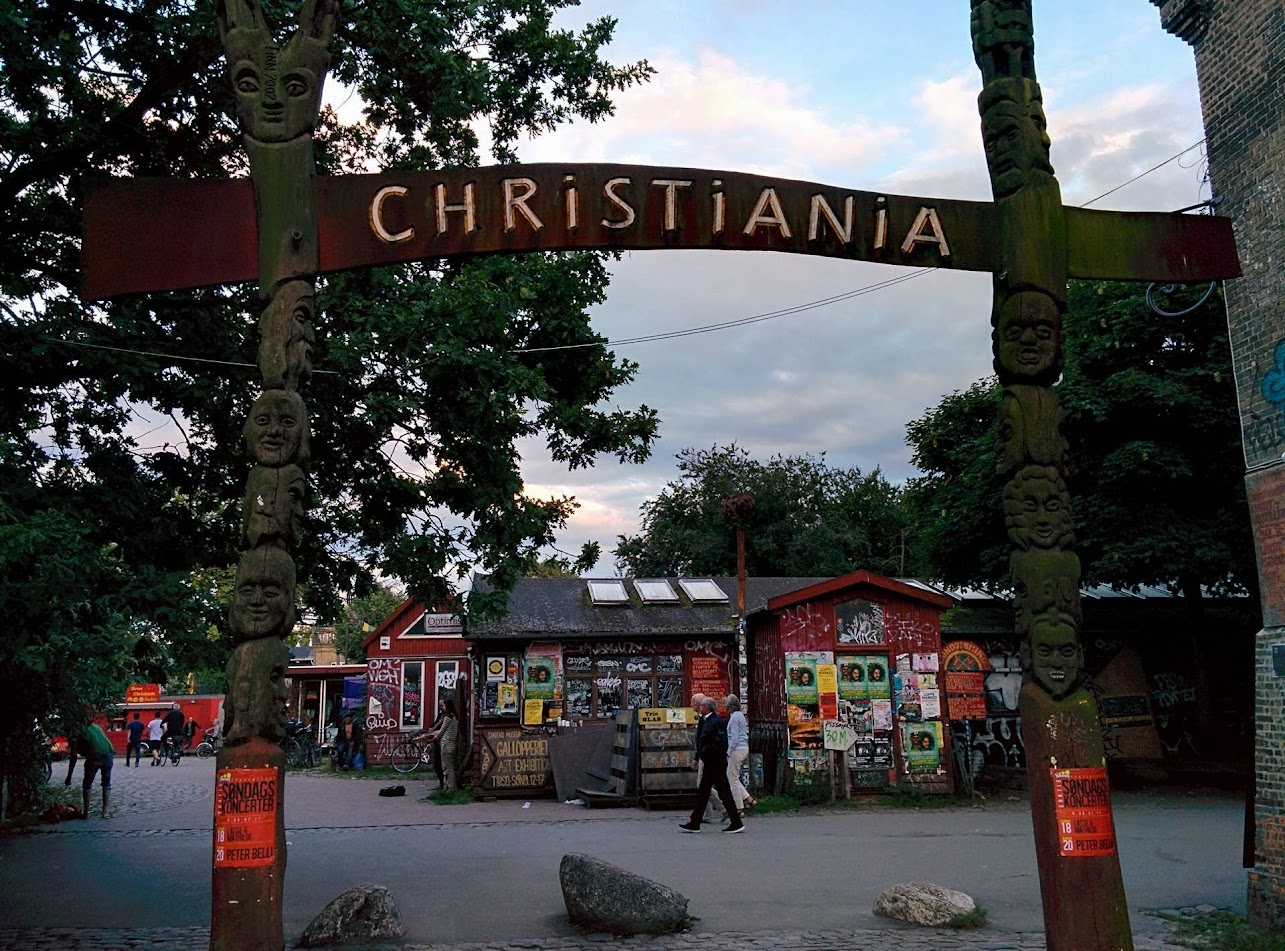 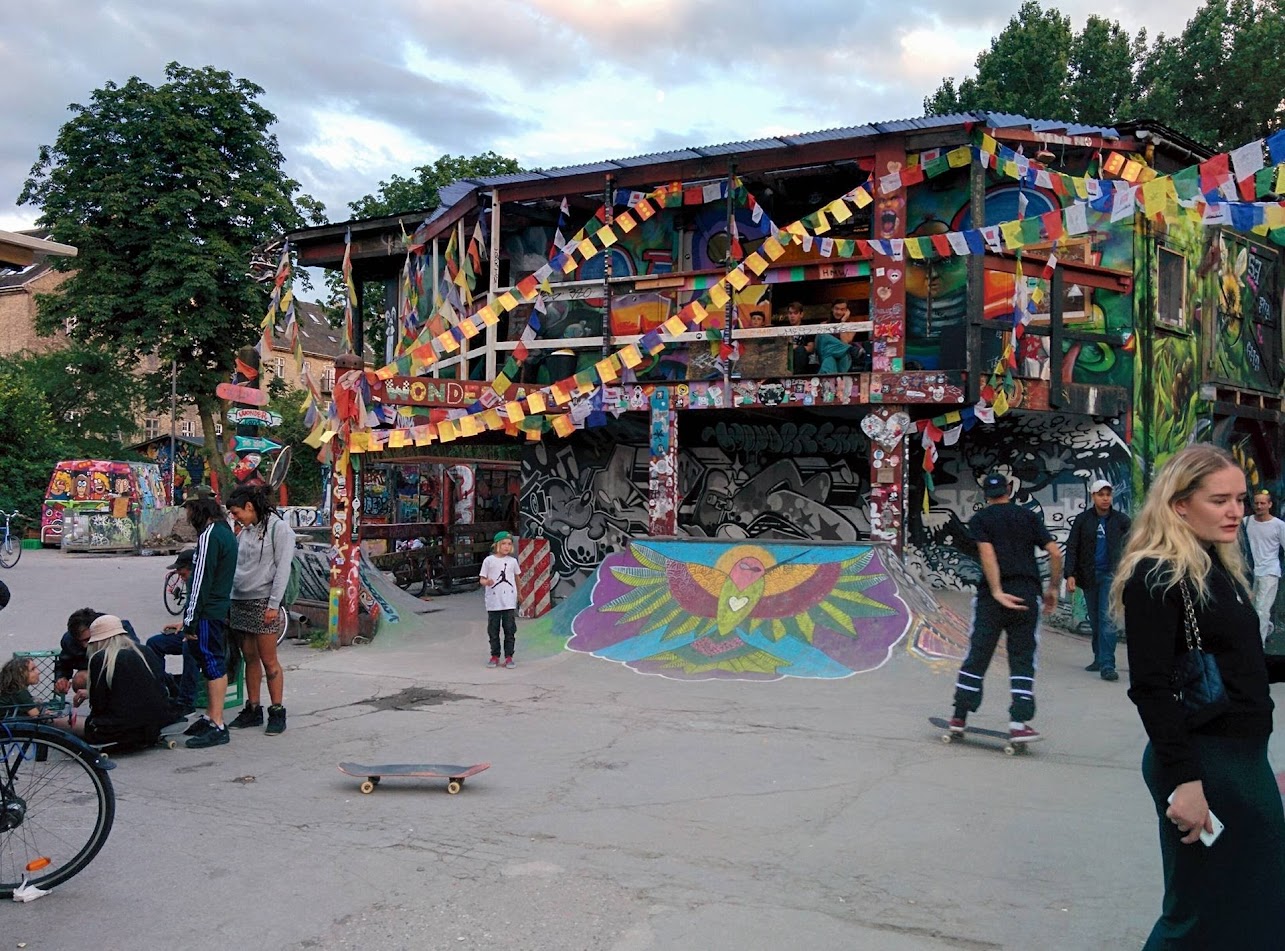 Inside the city hall, there is an astronomical clock. The fastest gear completes a revolution every ten seconds and the slowest every 25,753 years. I have no idea what kind of information it shows, but I can appreciate the mechanisms as someone who studied mechanical engineering! 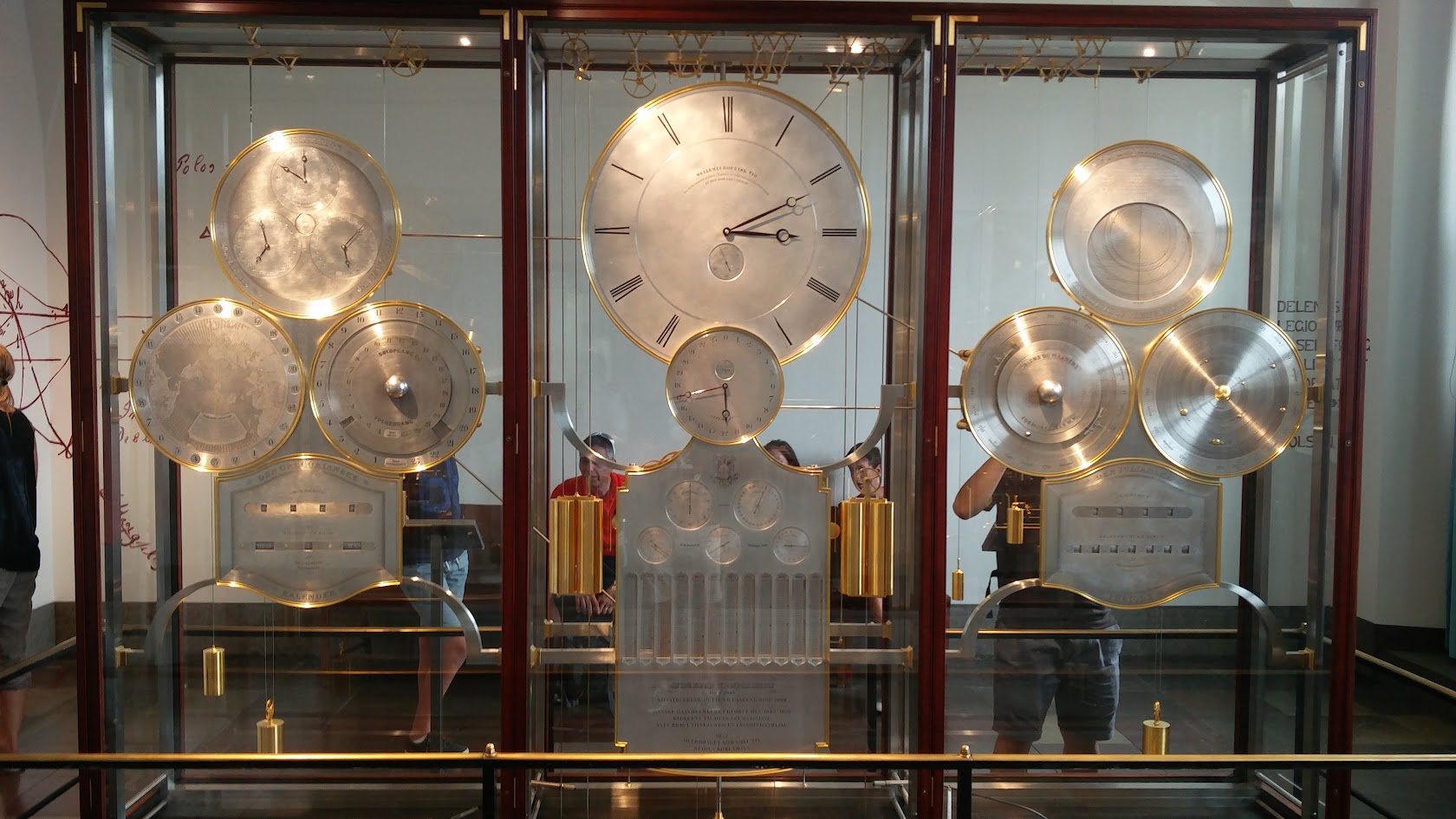 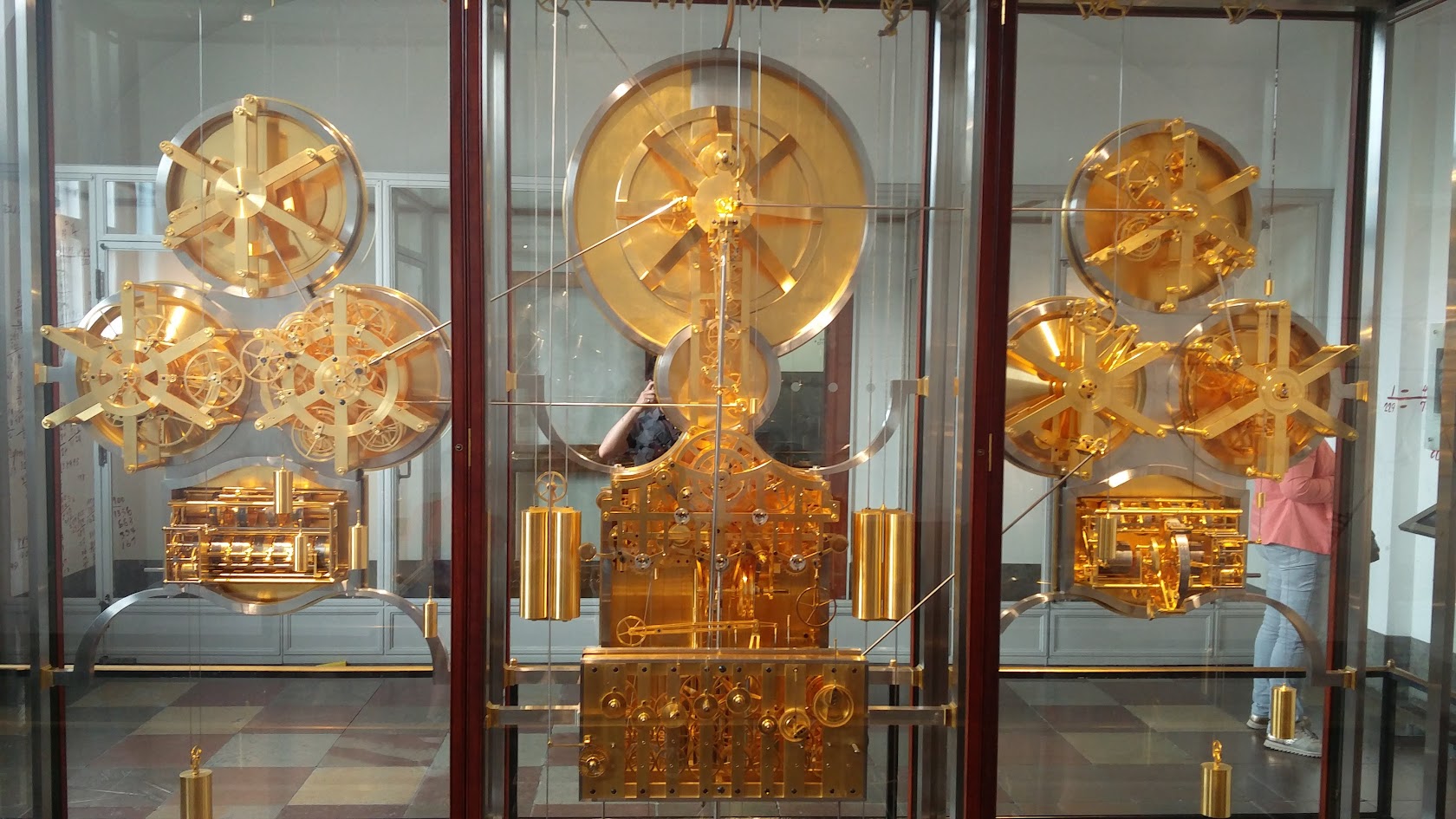 This was probably the best meal on the entire trip. A sampler of the most Danish food ever at Skindbuksen. When we went in, we were the only people inside who looked like tourists and everybody else looked local, which was a good sign, but we stood out. The owner of the restaurant came by with a giant plate of delicious food and loudly said to us, “this is what we eat in Denmark, you should try this!”. For a brief moment, our interaction with him gathered the attention of the entire restaurant, while it felt like all the locals were just judging us tourists… It was a tad awkward. BUT the food was absolutely delicious. There was pickled herring, deep fried fish filet, smoked salmon, roasted pork, and pork filet! The other tables were looking at our food with jealousy. 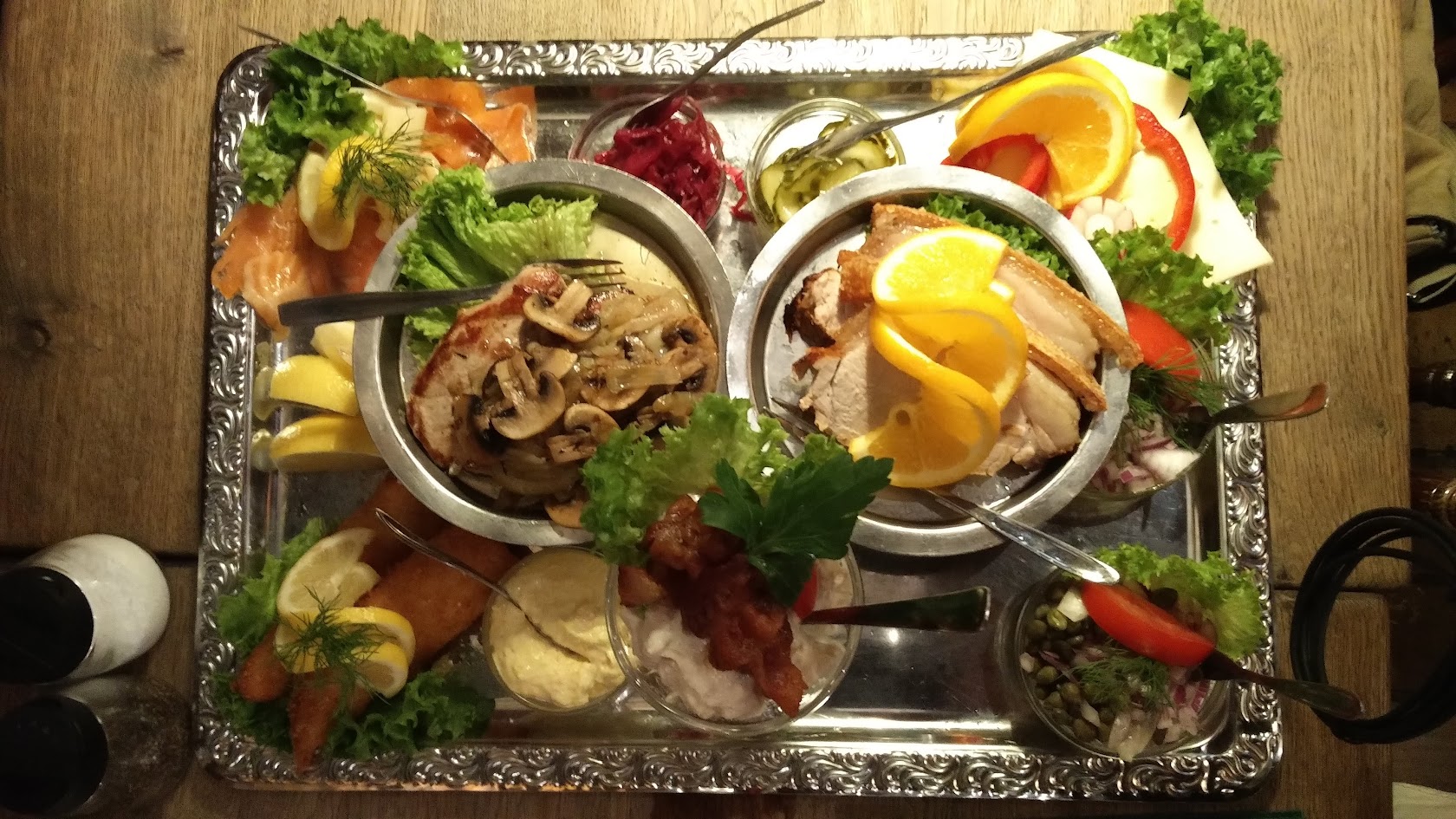 At the bar in our hostel, we met someone who was working in Silicon Valley as a software engineer who happened to be working and travelling. She told me she graduated at UC Berkeley and so I asked her if she had seen the Amazon store there (this). She told me how awesome it was to have something like that there and to her surprise, I revealed that I am actually one of the engineers who worked on it!

That’s it for Copenhagen!