I didn’t really have a good reason to visit Denver until 2 of my friends decided to move there for work. Flights to Denver from Seattle are pretty cheap so why not?

The next morning we went on a nice scenic drive through the mountains to chill at the sulphur hot springs.

We spent a good couple hours just sitting in the outdoor hot springs. The water temperature was like hot tub temperature while it was lightly snowing outside. 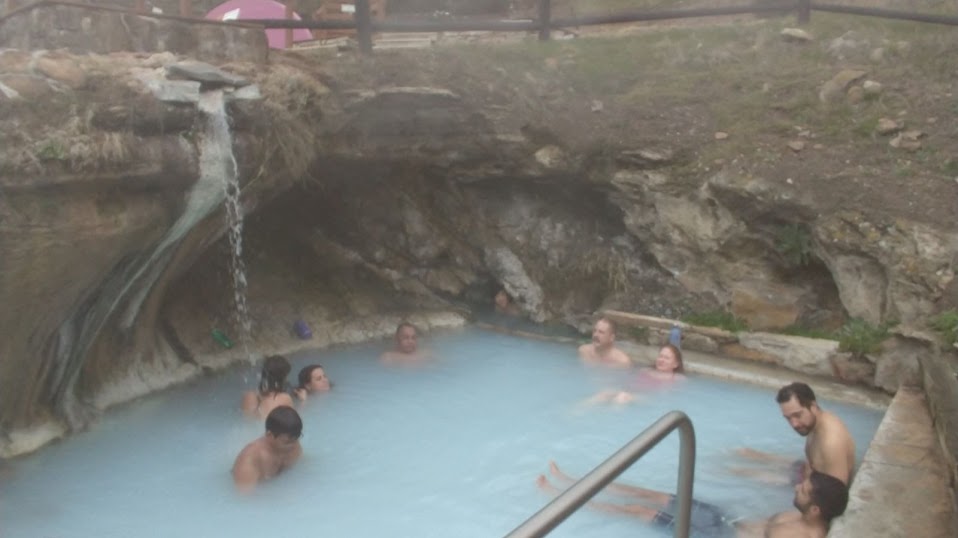 We stayed overnight in a nearby town. 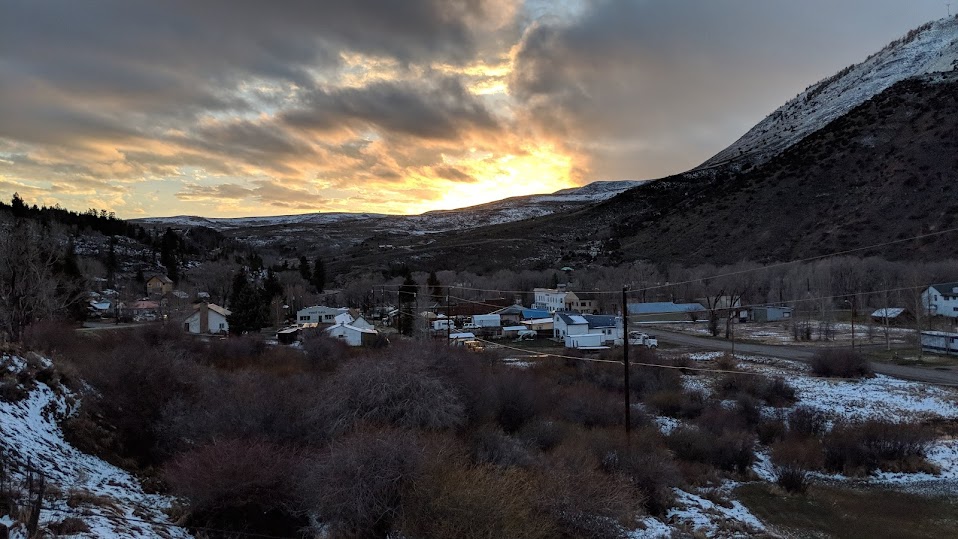 The next day we ate at a very hilariously named restaurant… 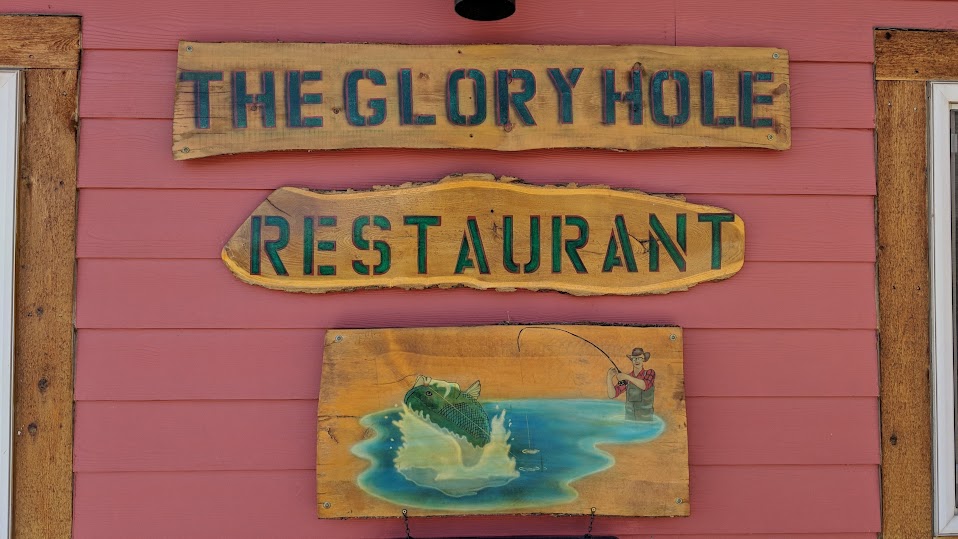 Went on a scenic drive and a light hike around some frozen lakes. 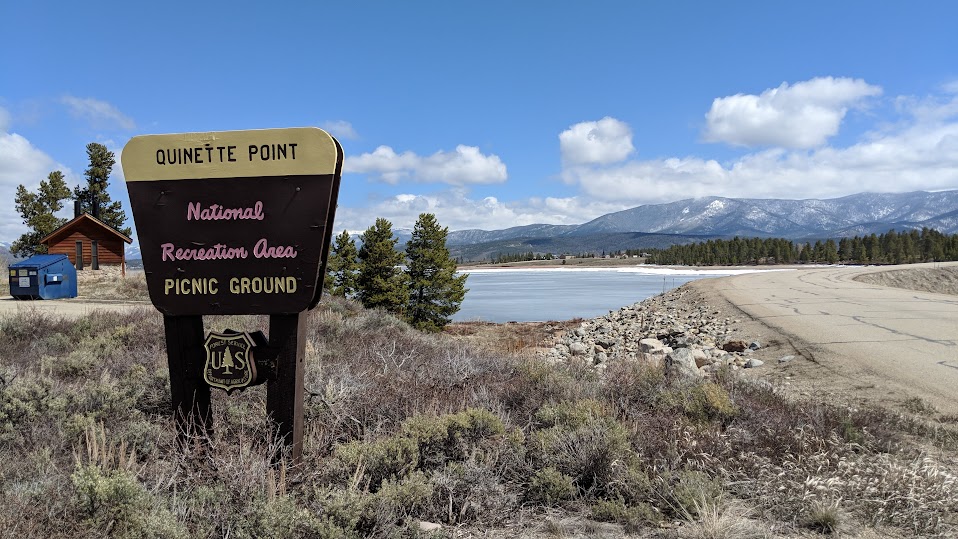 Then at night, because I like South Park so much, we went to Casa Bonita. South Park’s depiction of Casa Bonita was quite accurate. 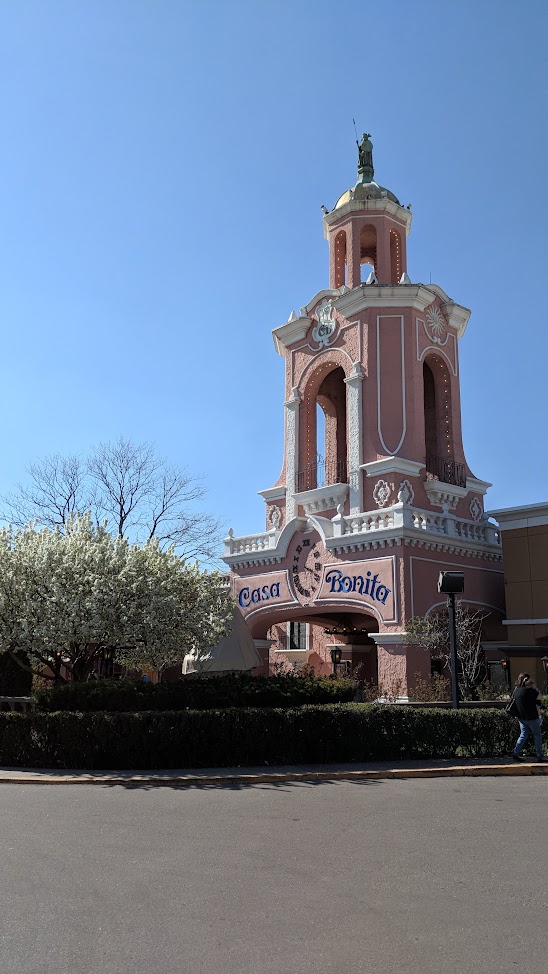 The cliff divers are real!!

We even ate at the so-called “South Park table”, the same table that Cartman eats at when he is dreaming about going to Casa Bonita. 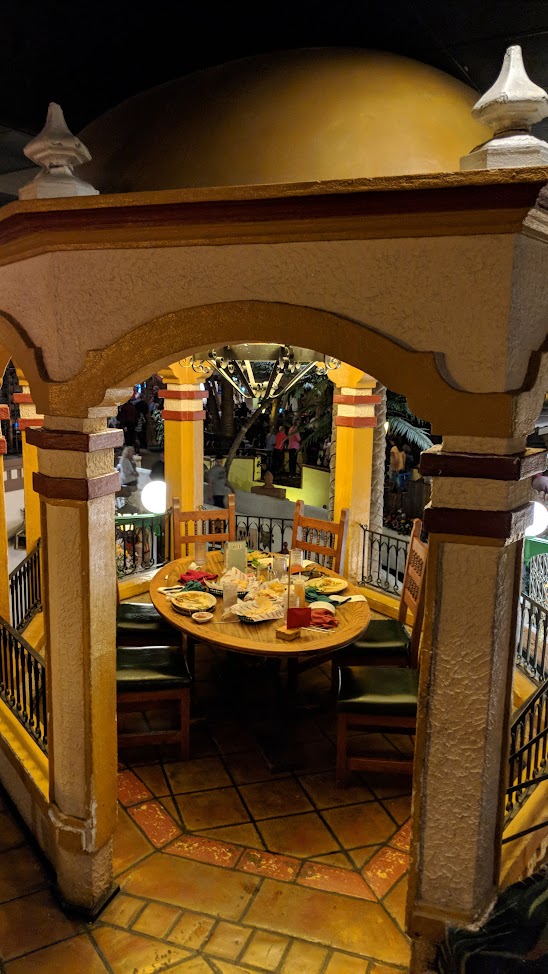 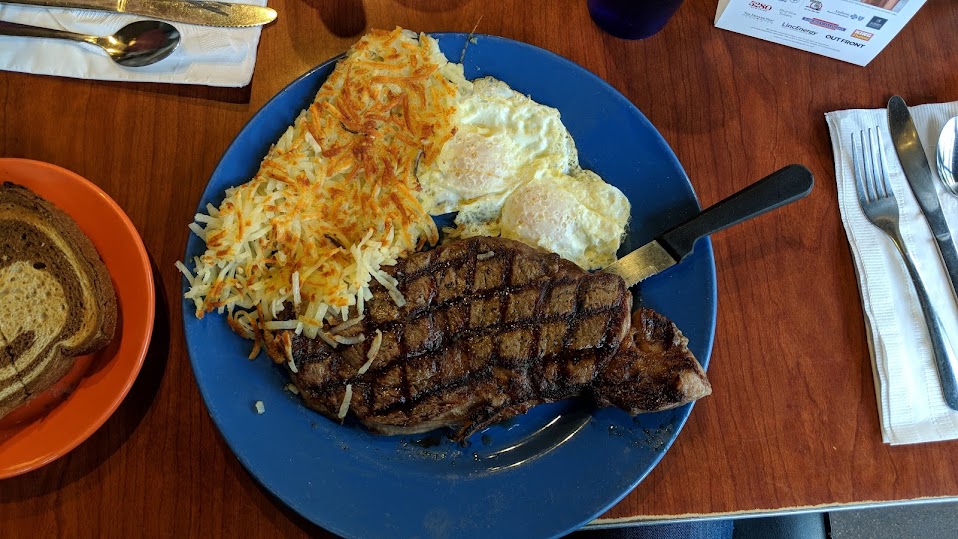 Our last day in Denver is when we actually spent time IN Denver. Strolling down 16th street mall. 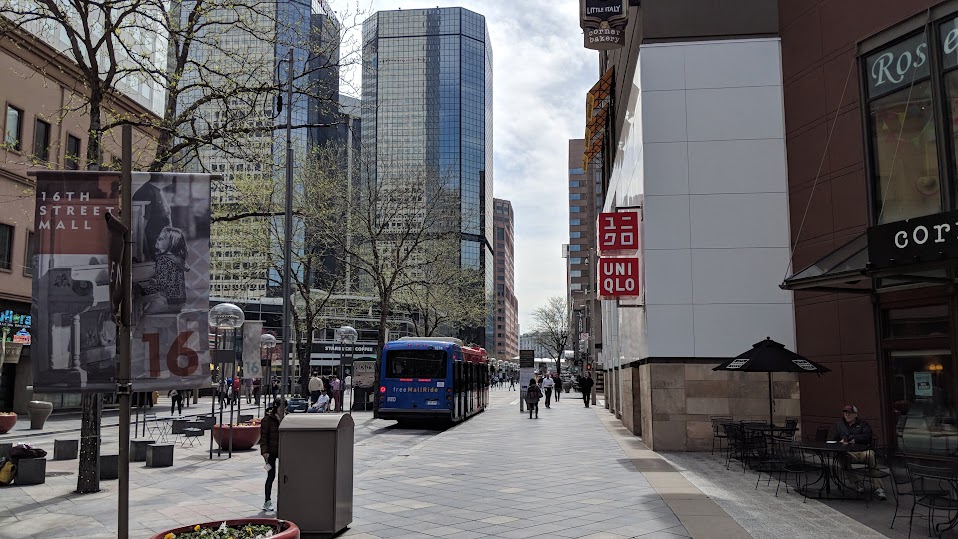 Then we wandered into the state capitol. One of the hallways had photos of every president of the United States. All but one. Since each portrait is funded by donation, it might be a while before the current asshat president will get his picture put up. 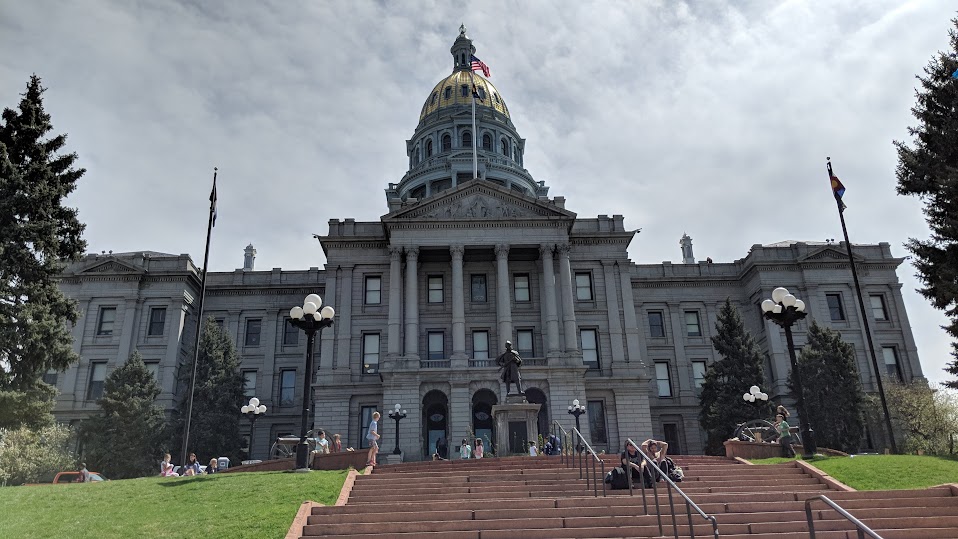 Managed to get a peek at an actual discussion between politicians. I saw a guy defending a climate bill while nobody listened. And then I wondered if that’s what it was like at the federal level too… 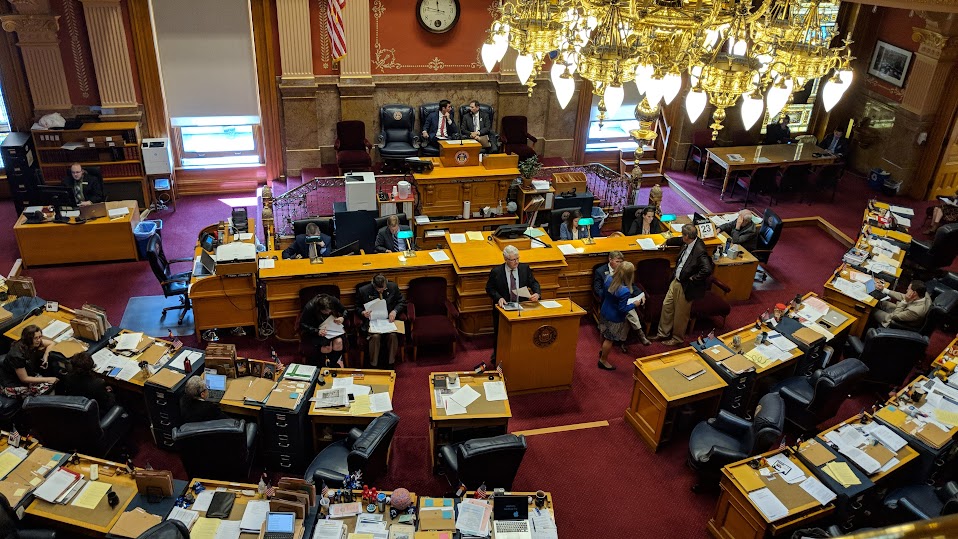 In the afternoon, we rented a GTR and zoomed around the mountains. My friend and I took turns driving this supercar. 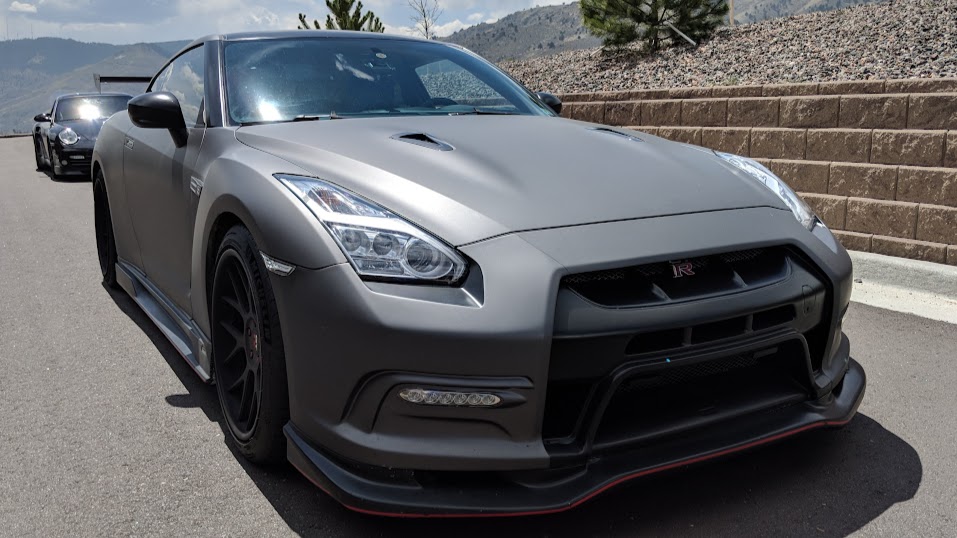 I had trouble keeping the camera still in the turn. At one point, the car readout showed that we were pulling 0.5G’s of acceleration!

The rental company has a guy that drives a lead car while guests renting different super cars follow them on their route. Their route was quite well planned and took us on a nice windy mountain road that led up to a lake. Along with us for the ride was a Lamborghini. 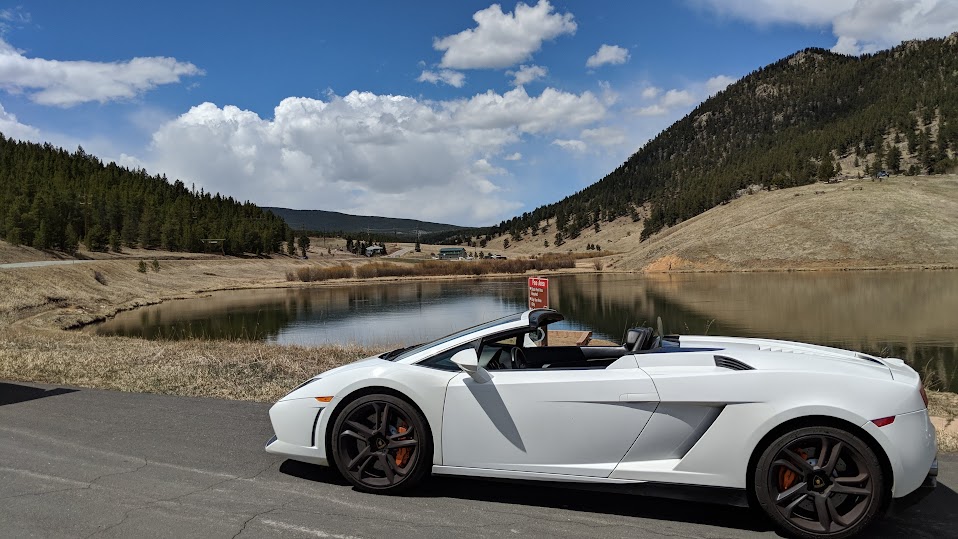 The rental company’s garage has even more amazing cars. 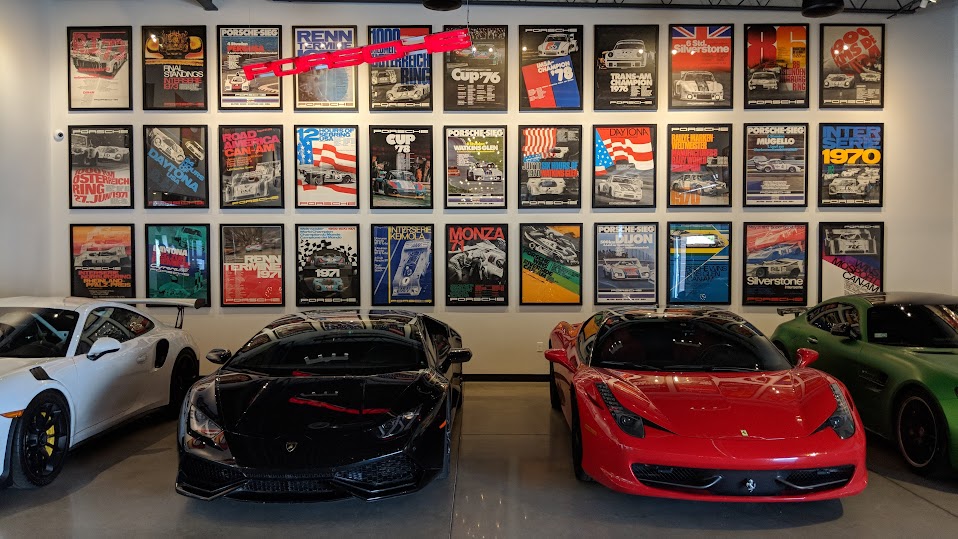 Denver was quite a relaxing trip, which is quite different from my usual trips where I’m walking for the entire day. In a blink of an eye I was back on the plane headed back home.