I try to always go somewhere new, and this trip to Hong Kong presented an opportunity to visit Singapore. I heard many people rave about it, and had to go there for myself. After a mishap where the airline assigned the same seat to different people, my mom and I each got 3 seats at the back of the plane to ourselves and for the first time, I got to lie down horizontally with my legs stretched out to sleep!

This is probably the most iconic area in Singapore – Marina Bay. Starting with the Merlion, we toured around the bay. I didn’t actually understand what a Merlion was until I saw the actual statue. 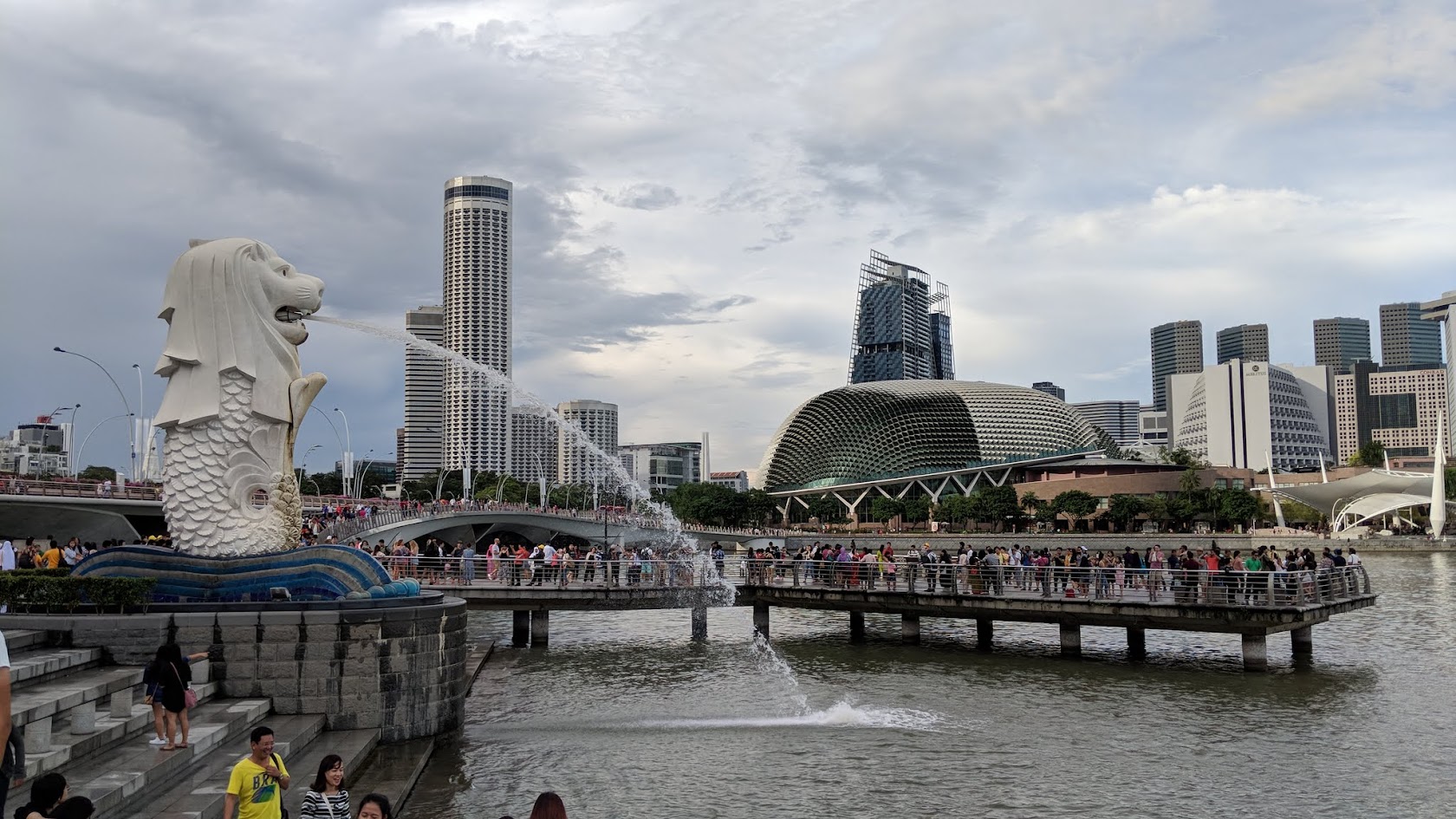 The placement of all the buildings and the water was so perfect for photos!! This area is a must-go. 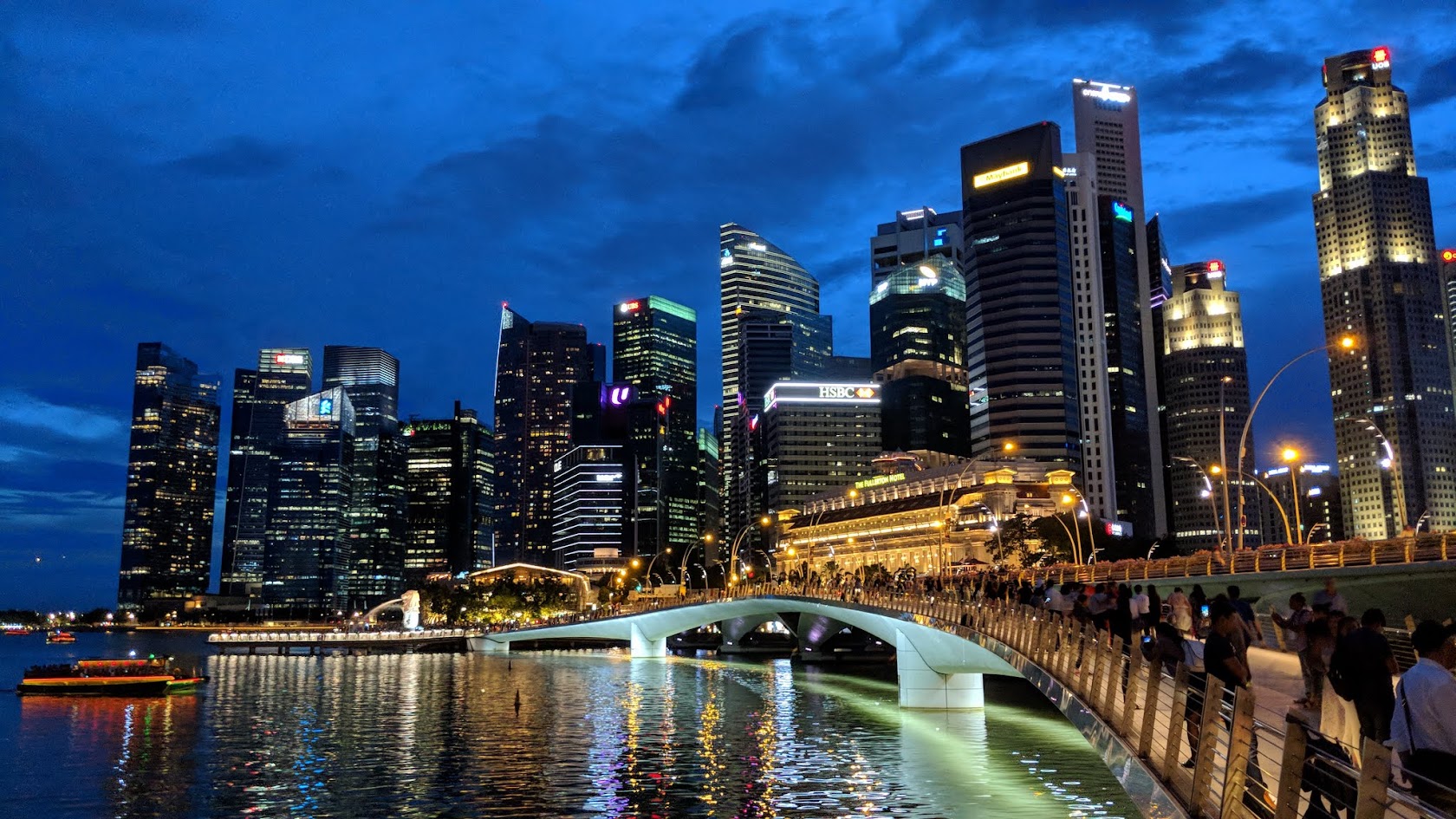 There’s even a spot for an outdoor band to play. 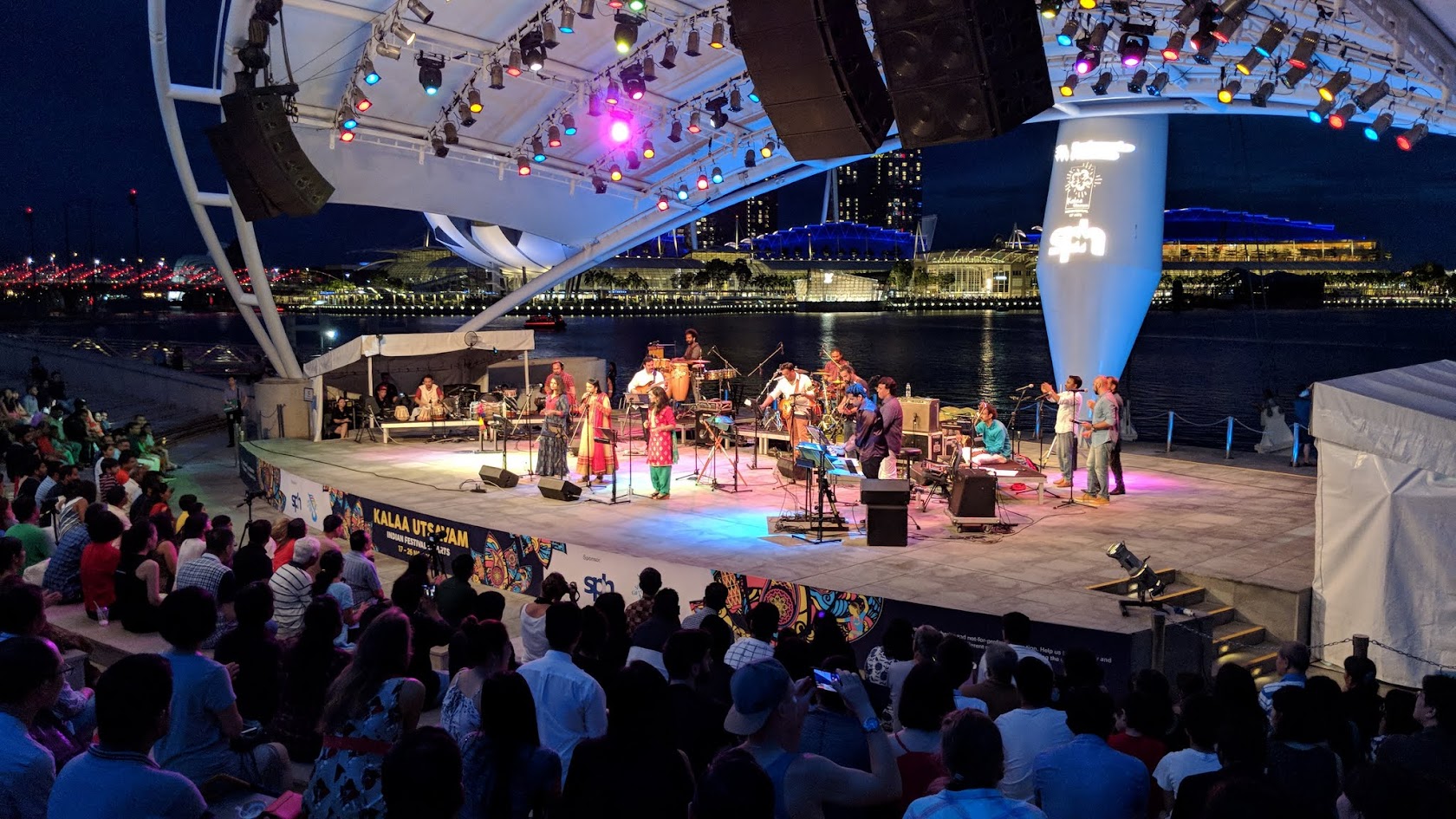 And an outdoor street food market. 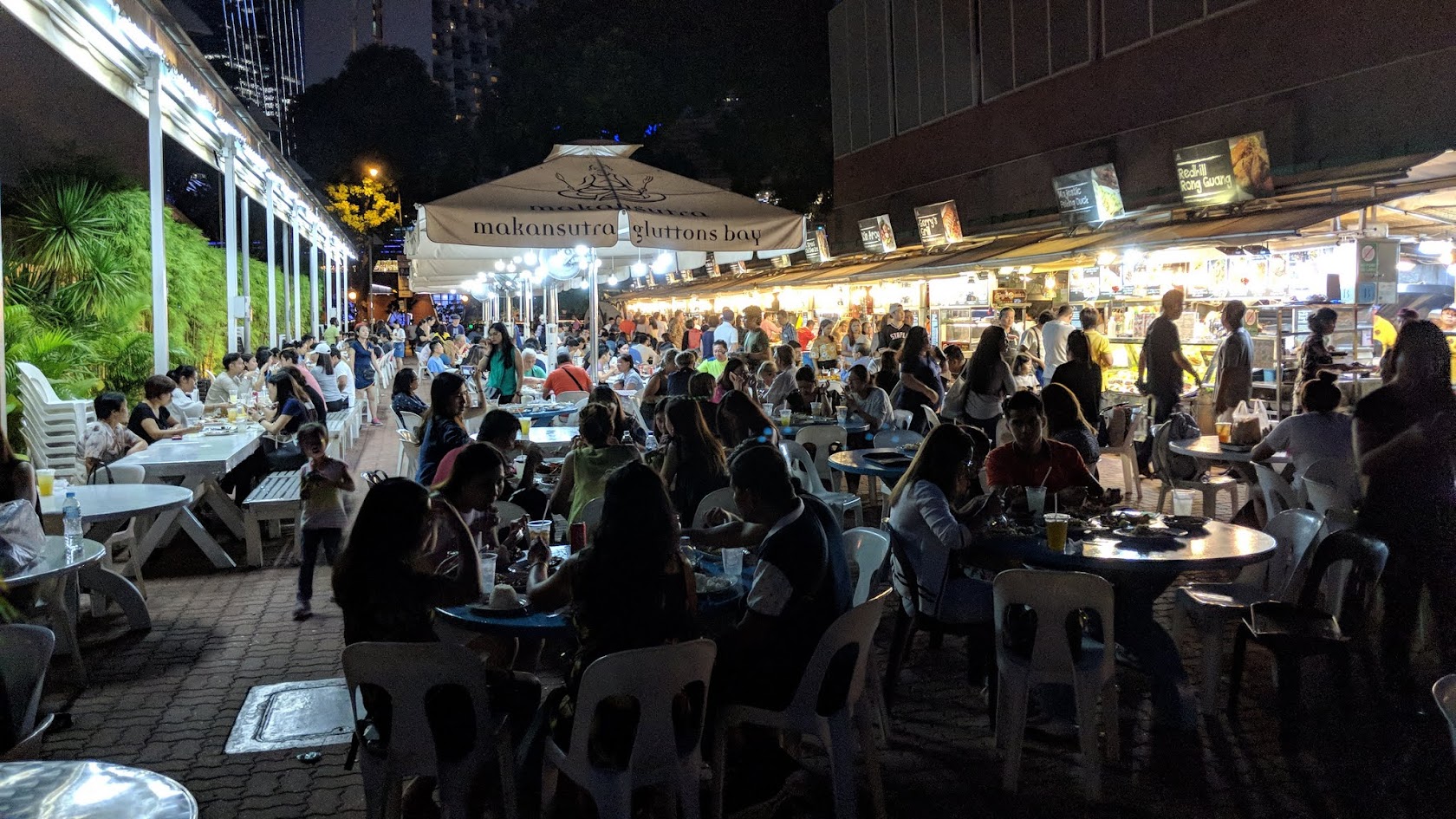 I ate my very first stingray. Another one off the list. 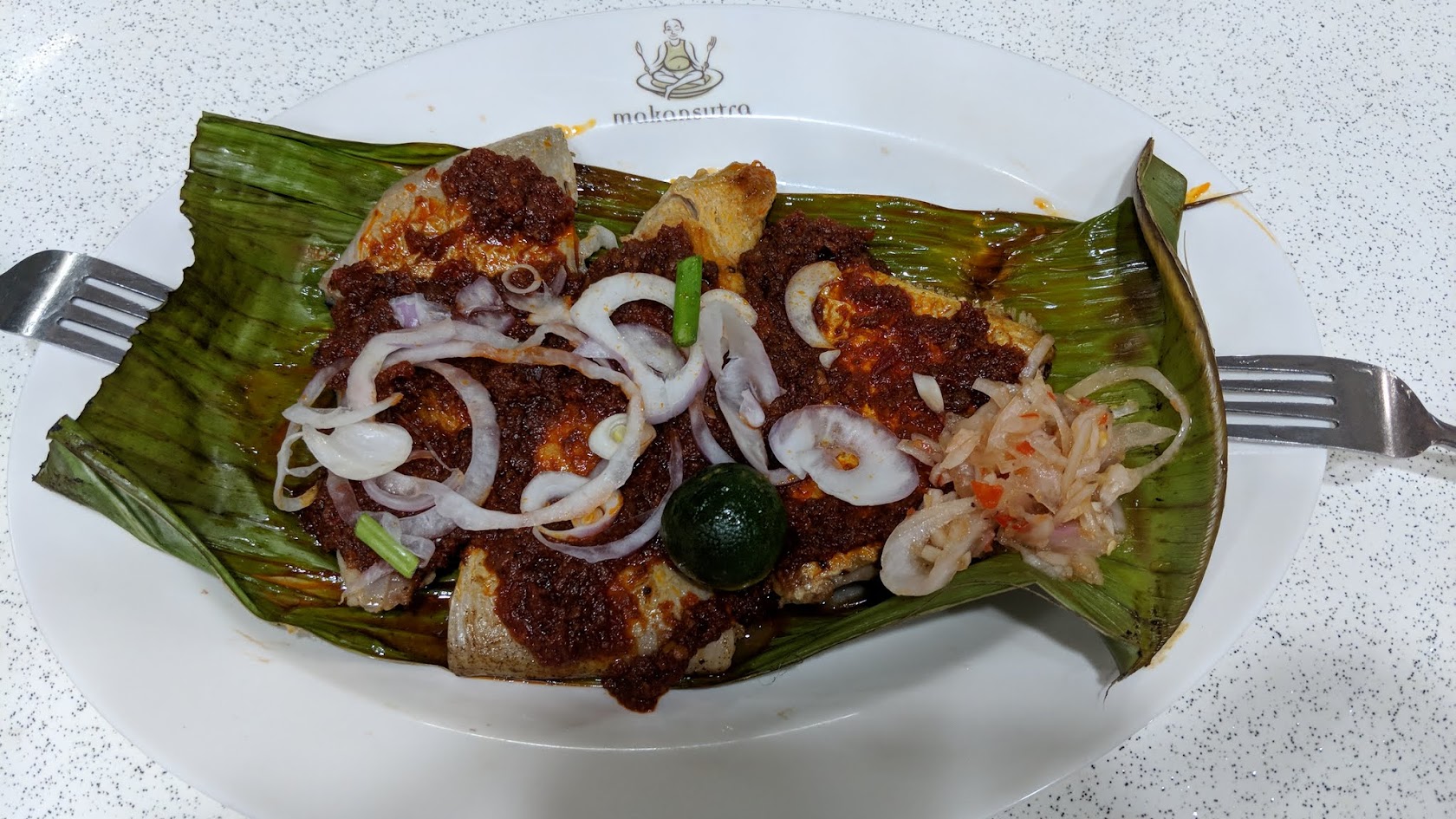 Another must-go destination in Singapore – The Supertrees! There is a whole grove of them and they constantly change colours. They’re powered by solar energy and capture rainwater for reuse. 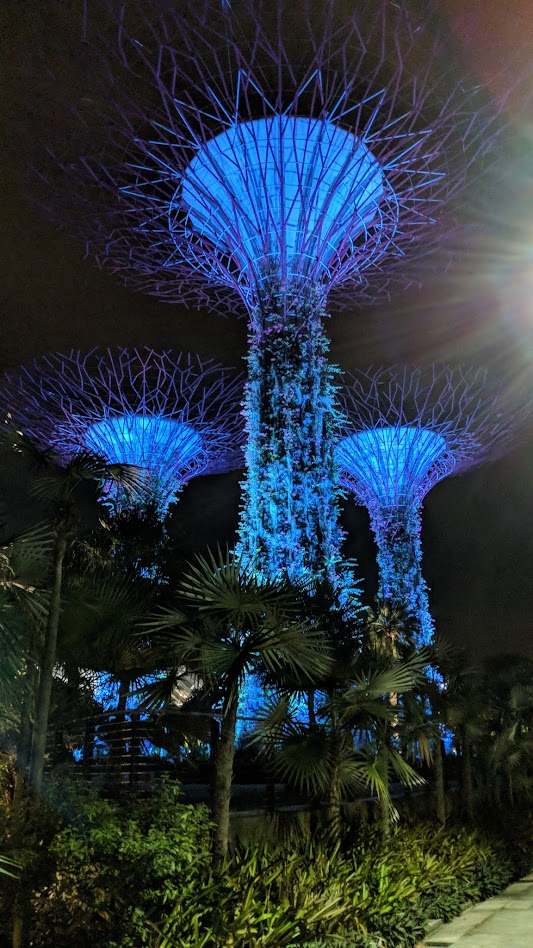 In Chinatown, there is a famous Michelin 1-star place located in Chinatown called Hong Kong Soya Sauce Chicken Rice & Noodle. The lineup almost went out the door and it was next to impossible to find a seat. 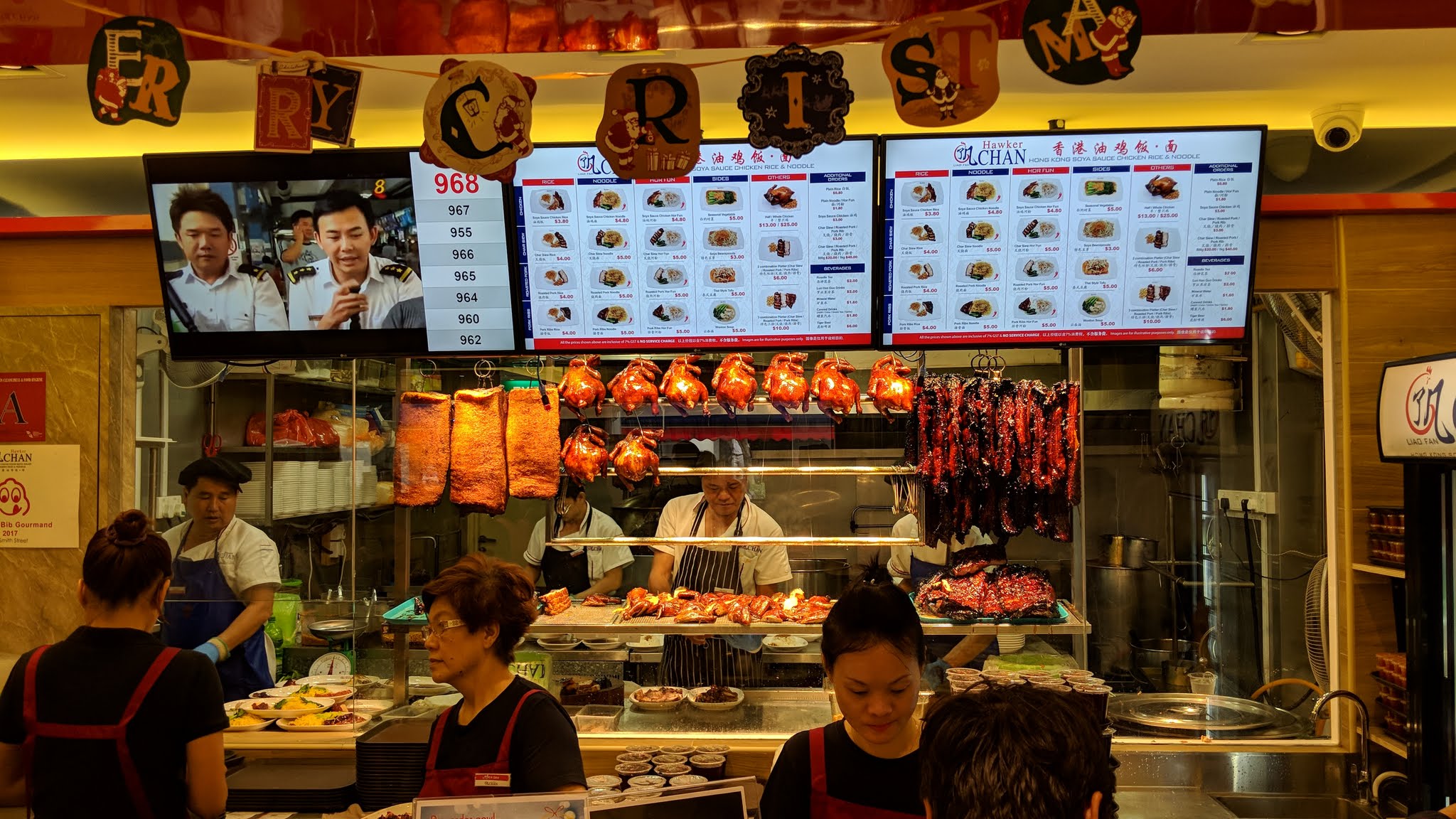 The chicken was not dry at all, but rather juicy with all the flavours of the soy sauce, and every bite was tender. 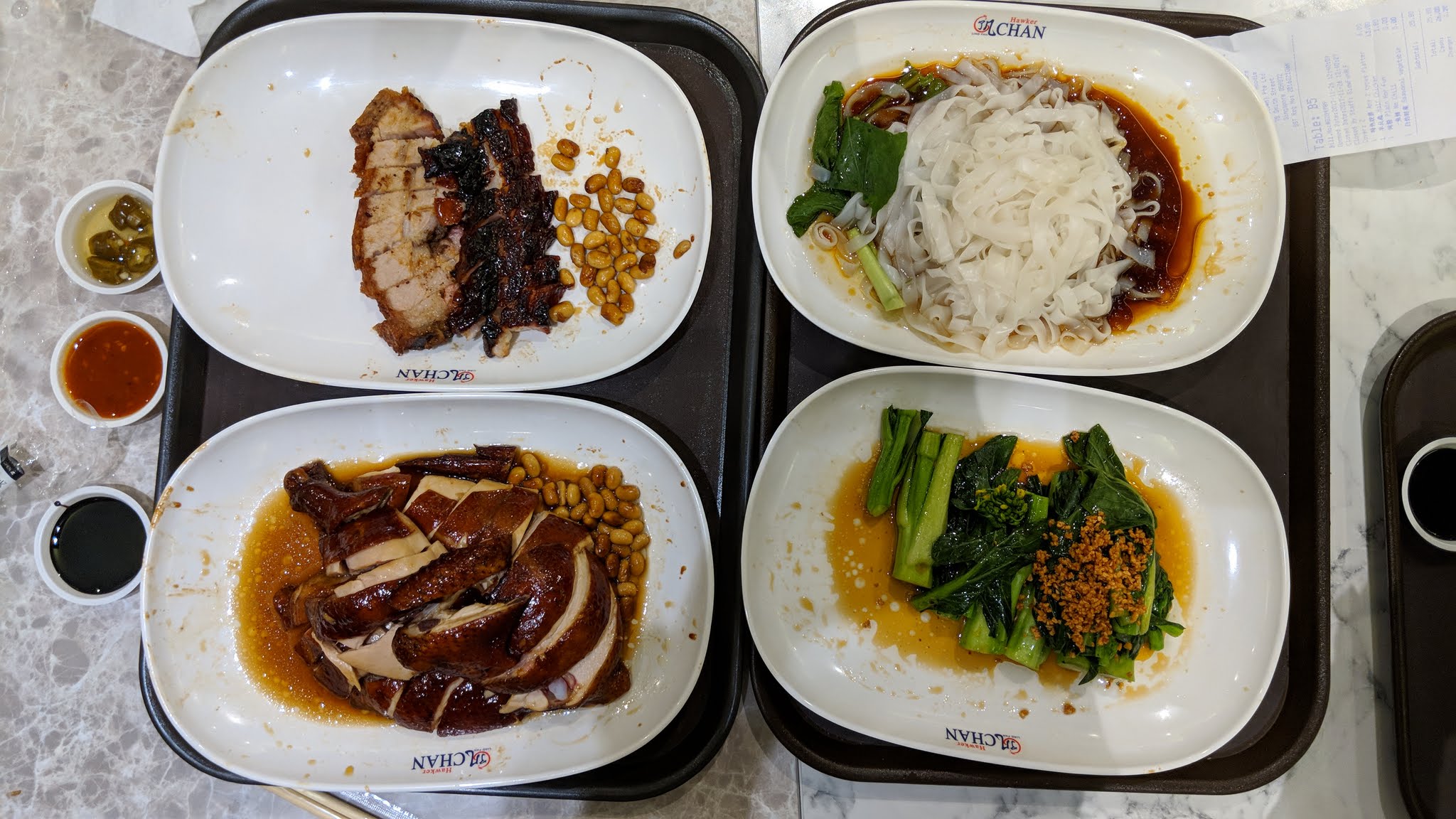 The chili crab is also worth trying if you’re willing to splurge. 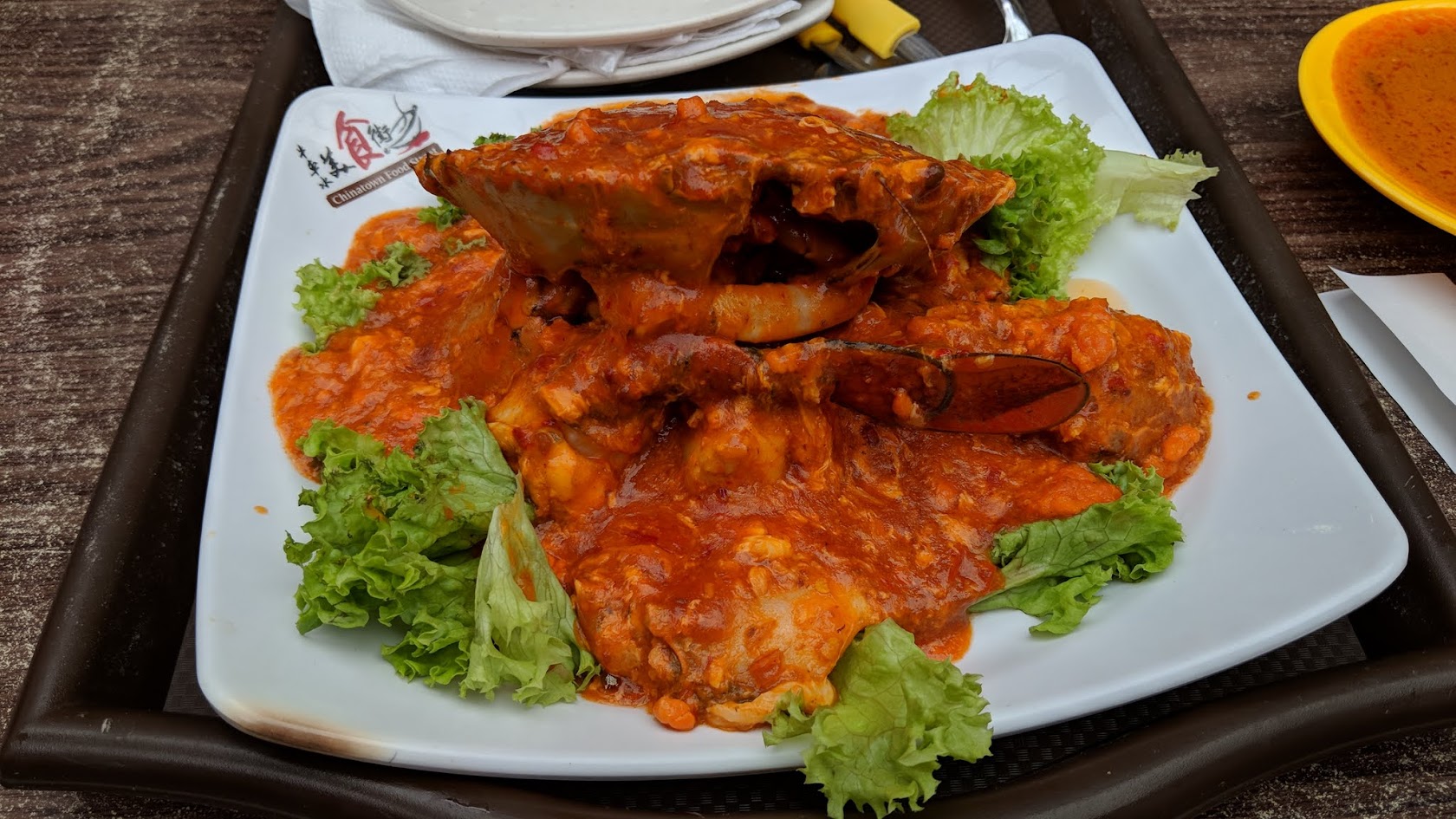 In Maxwell Centre, Tian Tian is the best place to go for Hainanese Chicken Rice. If this place existed where I live, I’d go there all the time. 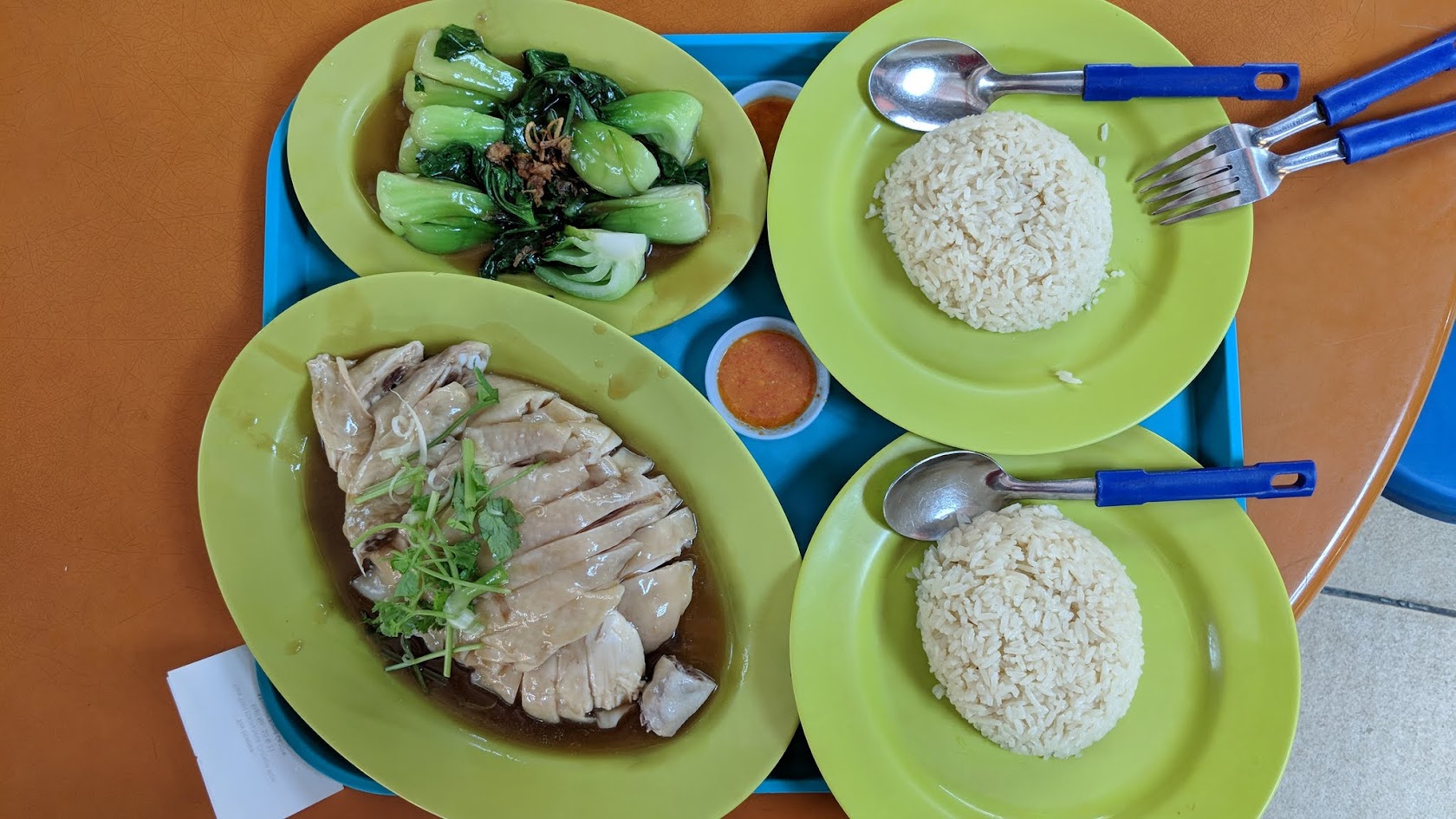 There’s also Song Fa Bak Kut Teh. They serve a ribs cooked in a flavoured soup. The ribs are super tender and fall easily off the bone, and the soup is a complex soup with lots of strong spices (kind of savoury and peppery). The shop even sells their own flavouring powder so people can make the soup at home! 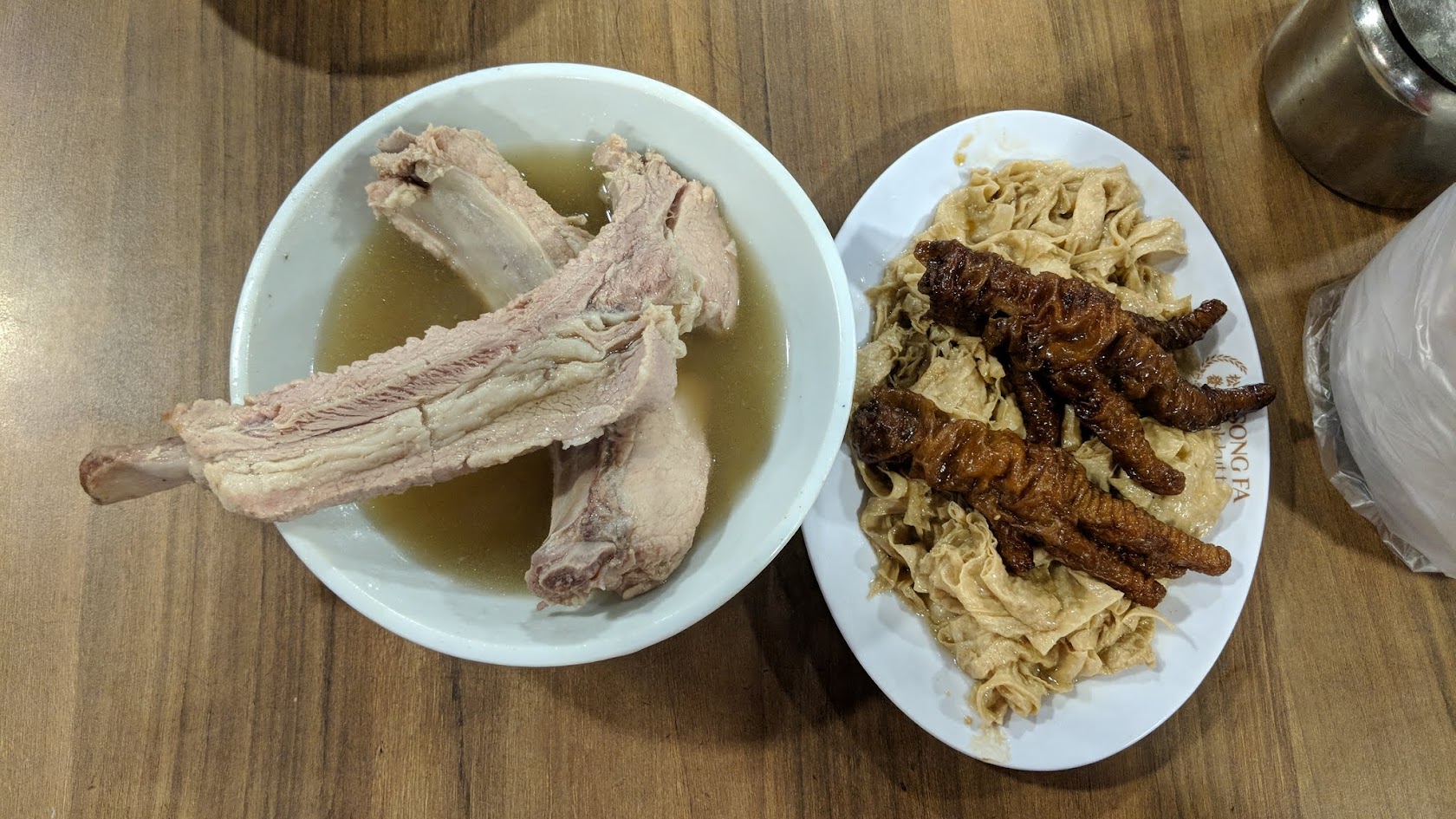 Chinatown is pretty much a place where tourists go and most of the street vendors are catering purely to tourists. But the food here, on the other hand, is terrific. 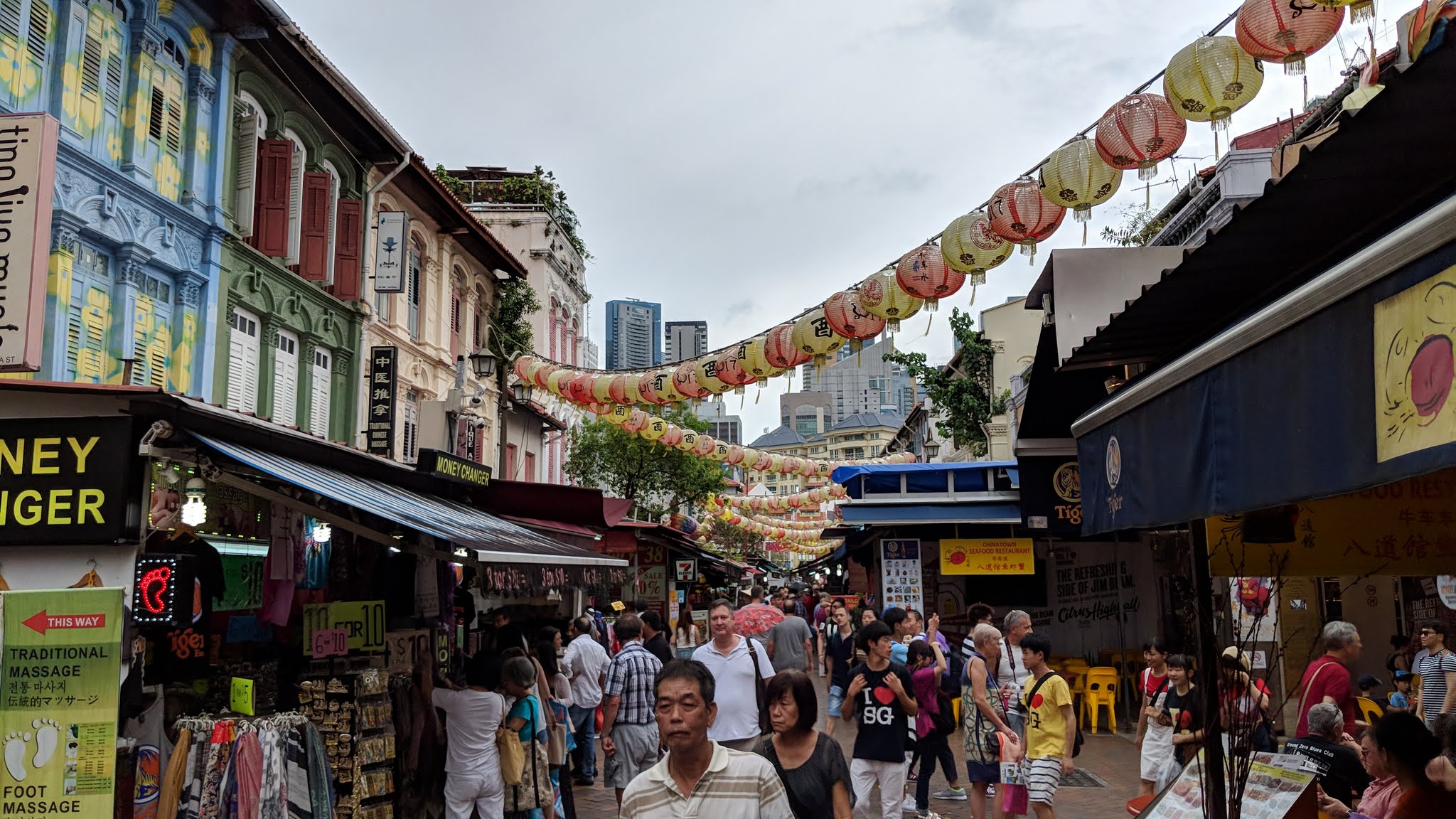 The Buddhist temple there looks incredible. Unlike the temples in Hong Kong, photography is allowed and look way cooler. 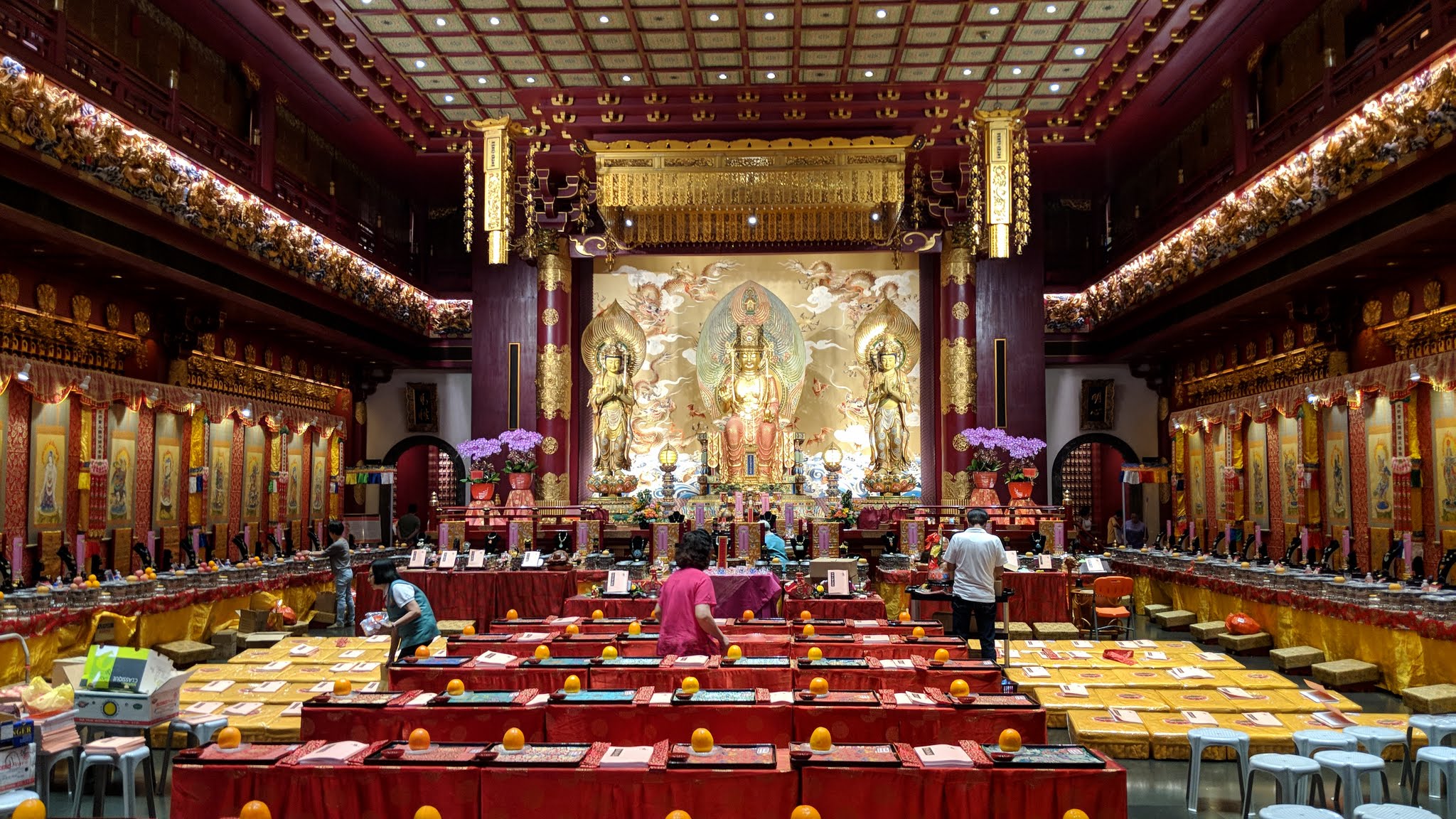 Next destination was Little India. It was amazing at how all of a sudden, the streets were no longer filled with Chinese Singaporeans, but rather Indian Singaporeans. Many shops sold fabric for saris, and jewelry. 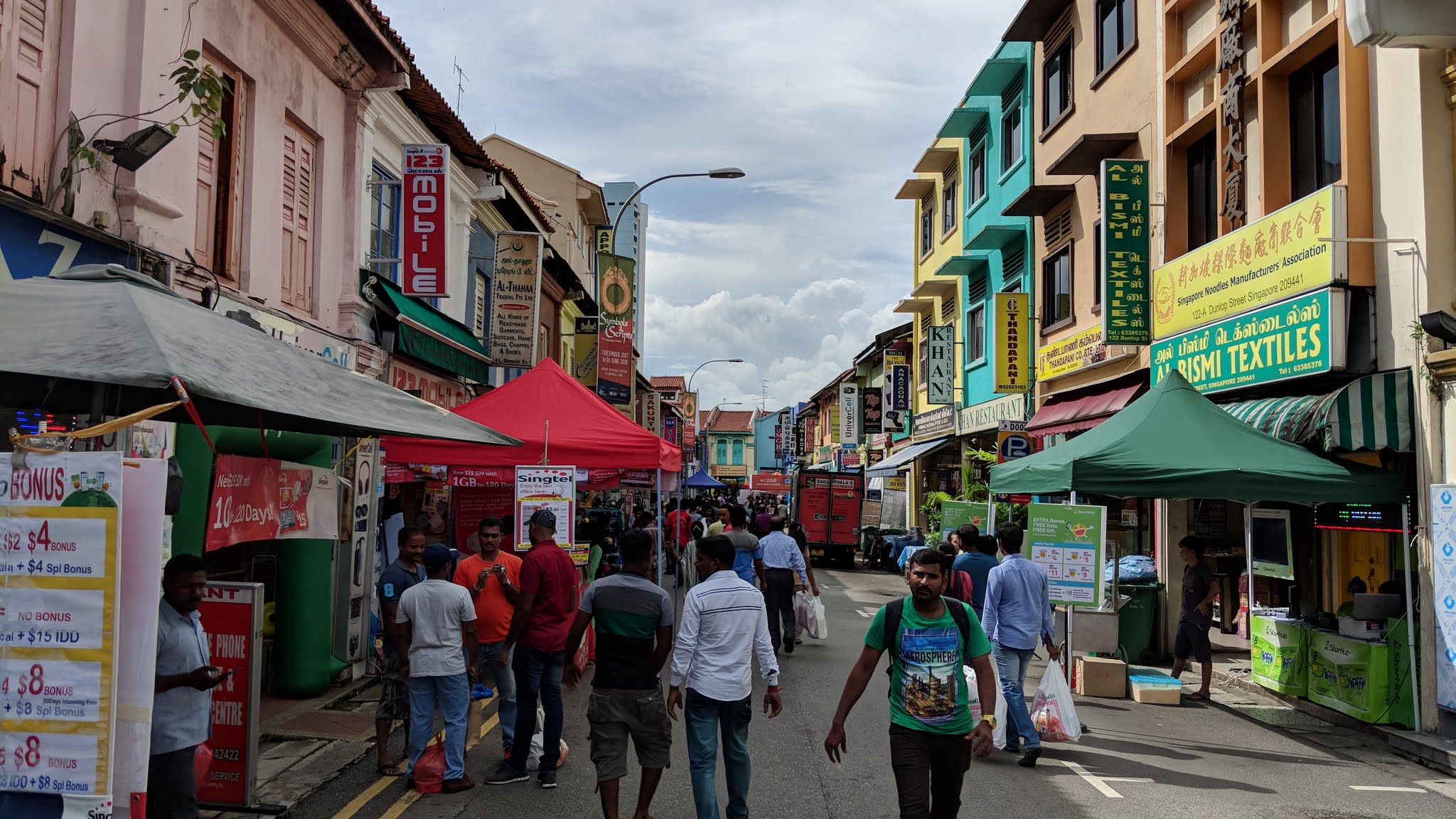 This was my first time visiting a Hindu temple. 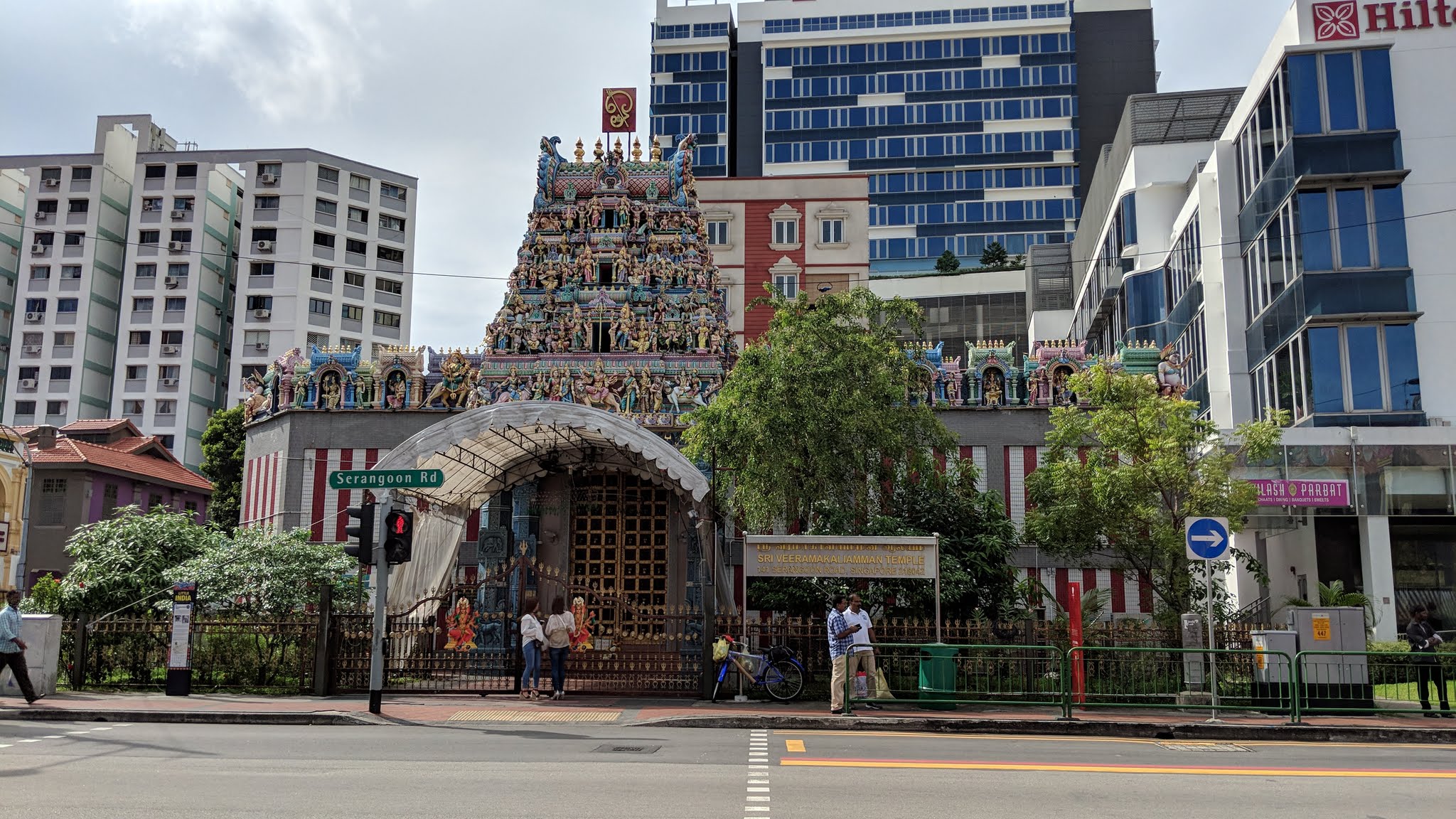 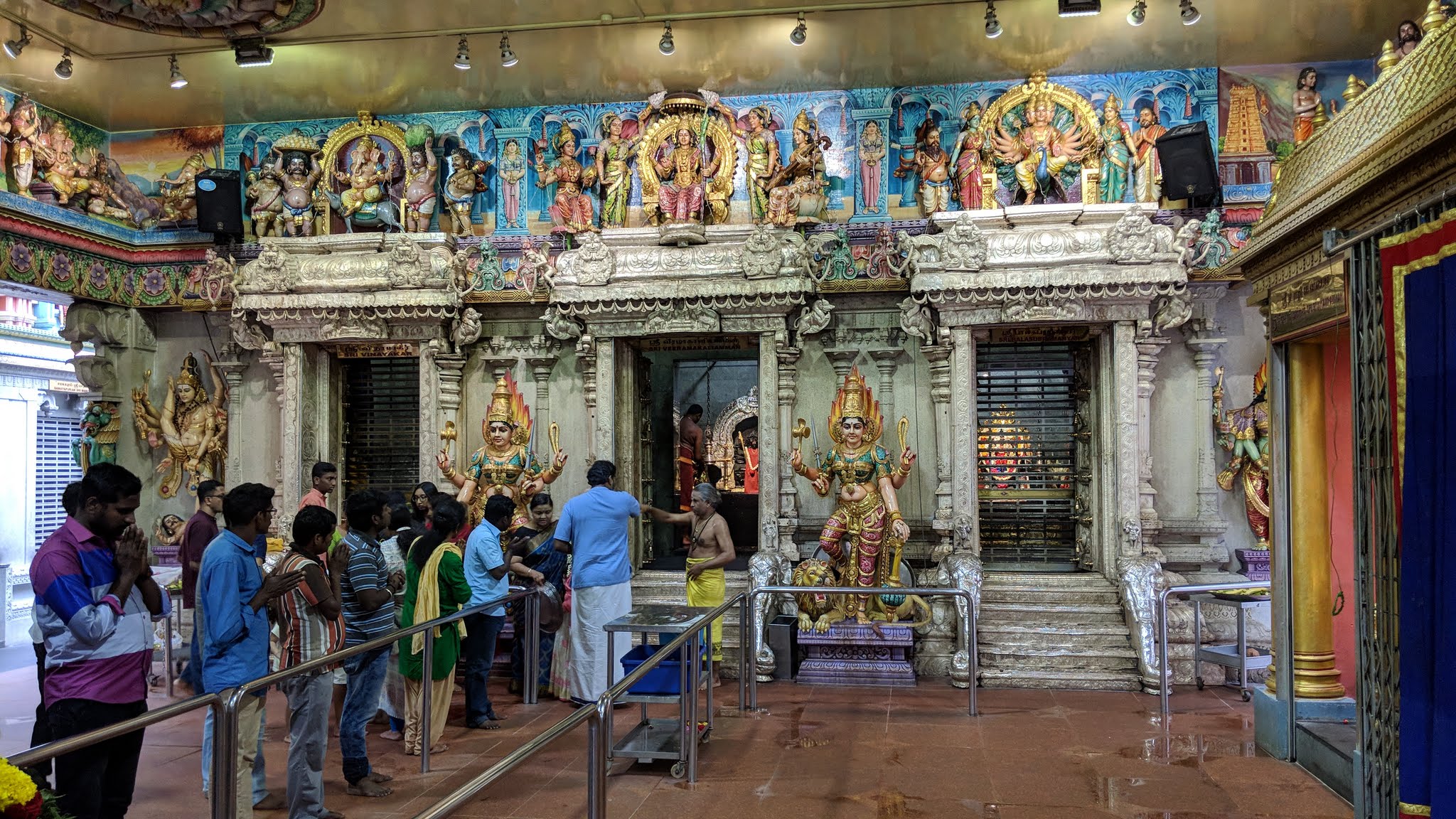 There’s also an Arab Quarter. It’s incredible how in one city there are so many visible ethnicities. 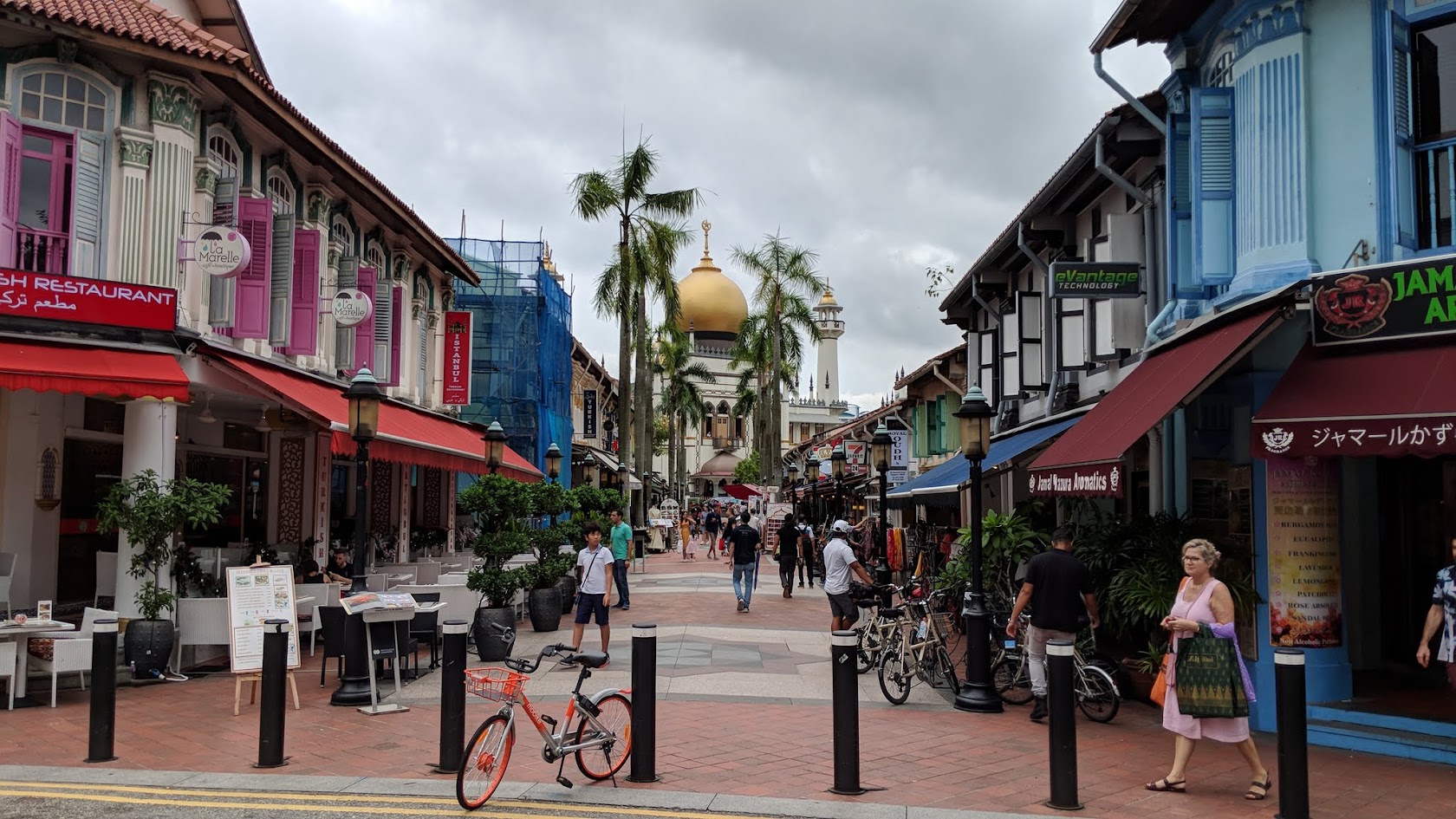 Sentosa is another great place to visit. It’s the home of many resorts, Universal Studios Singapore, and the aquarium. It’s also the most southern point of continental Asia! I always thought the Vancouver aquarium was pretty amazing, but the one in Singapore is SO much better. 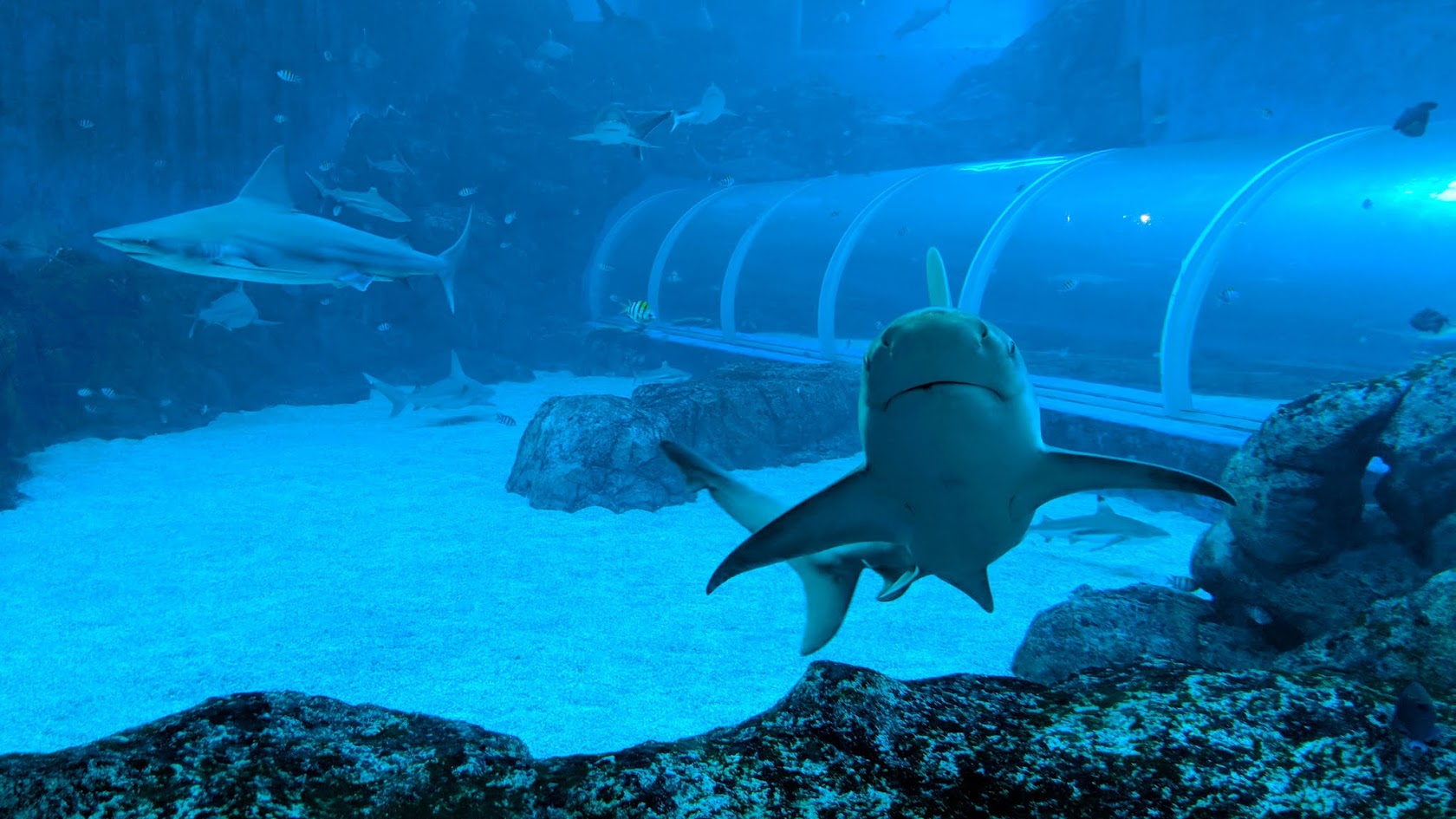 This was the most impressive aquarium display I had ever seen. The picture doesn’t capture how absolutely massive this room was. The window itself has a thickness of 70cm!! 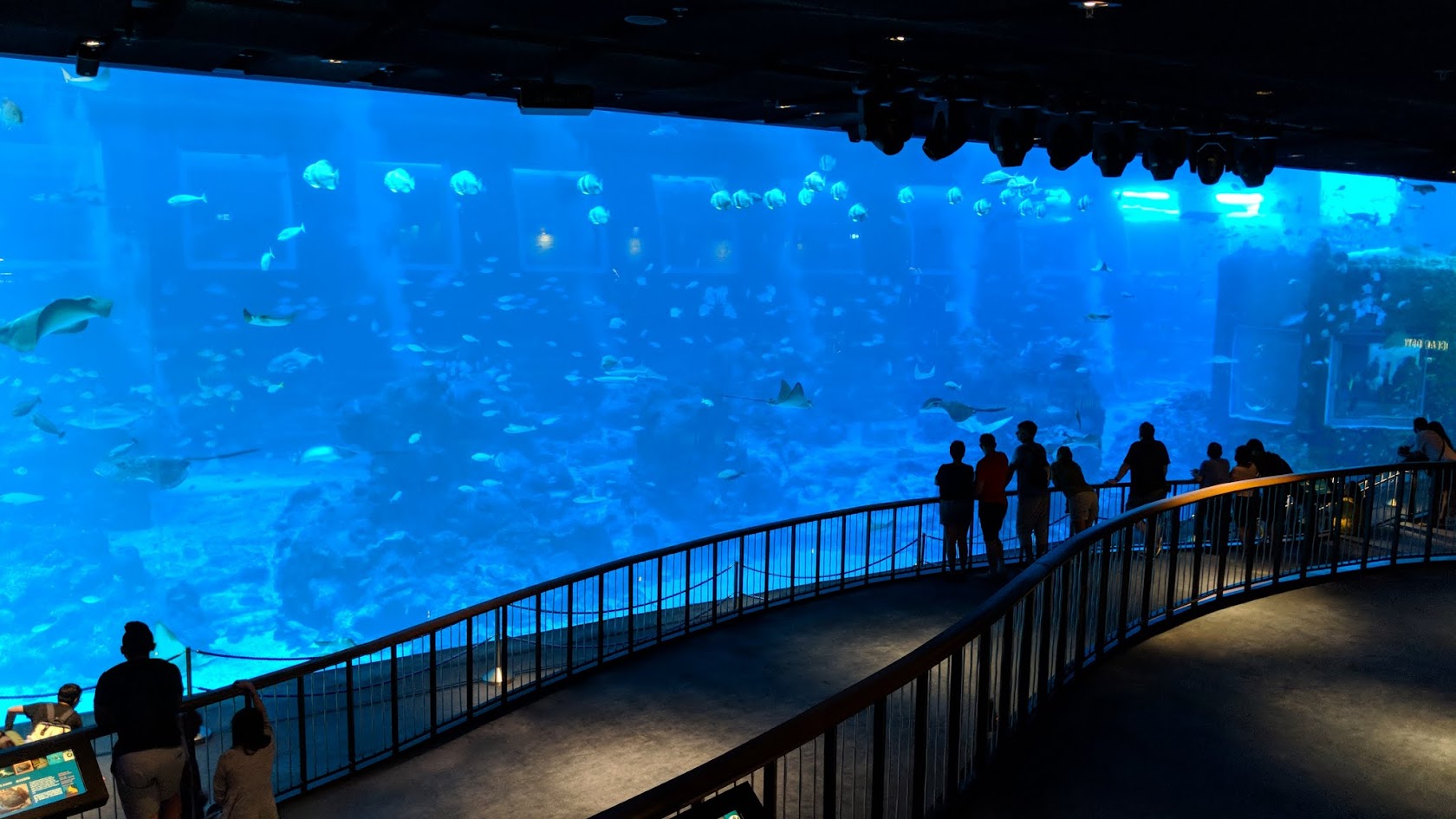 Singapore also has a world class zoo – except this one is open at night, just to show off nocturnal animals. 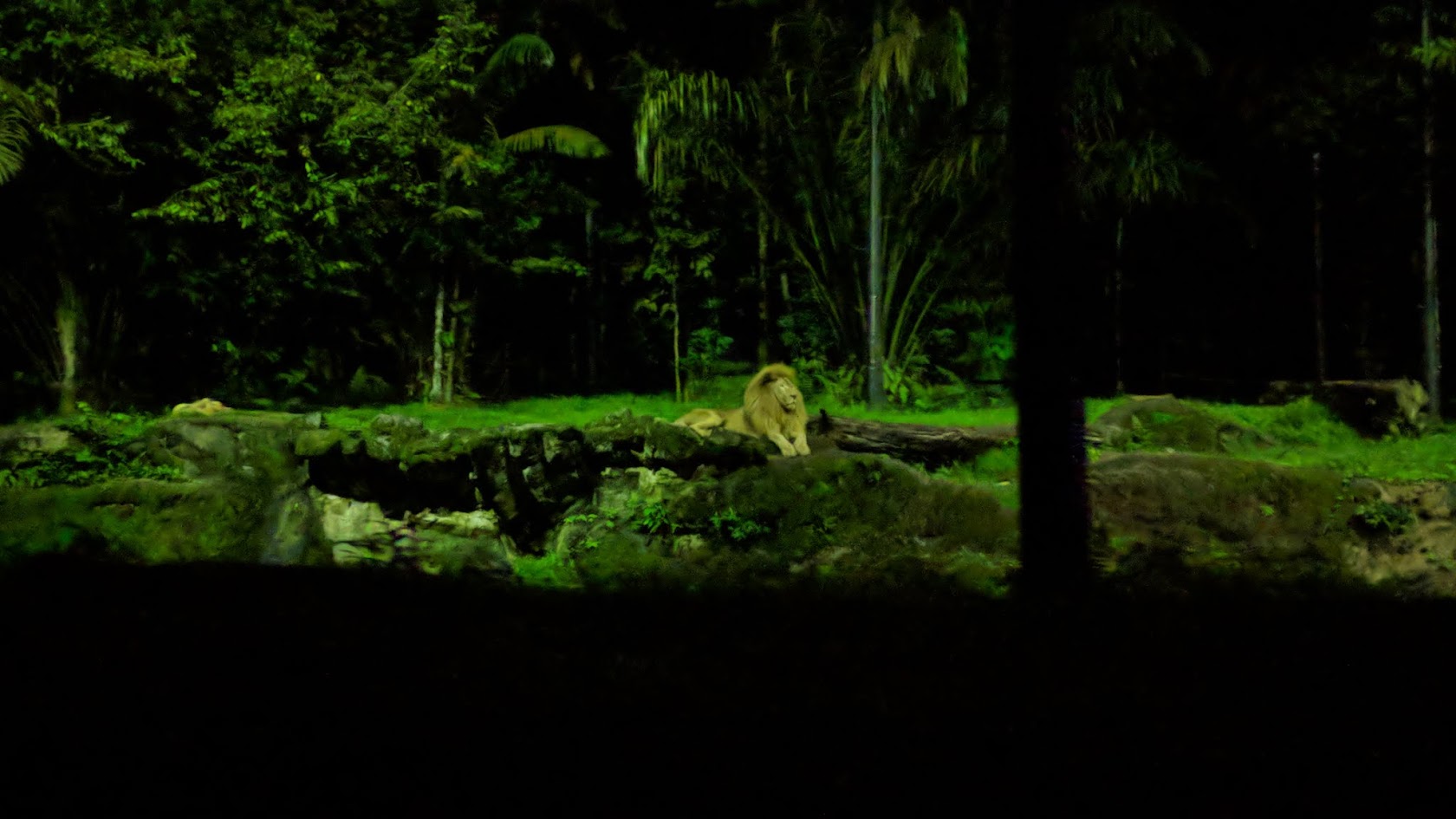 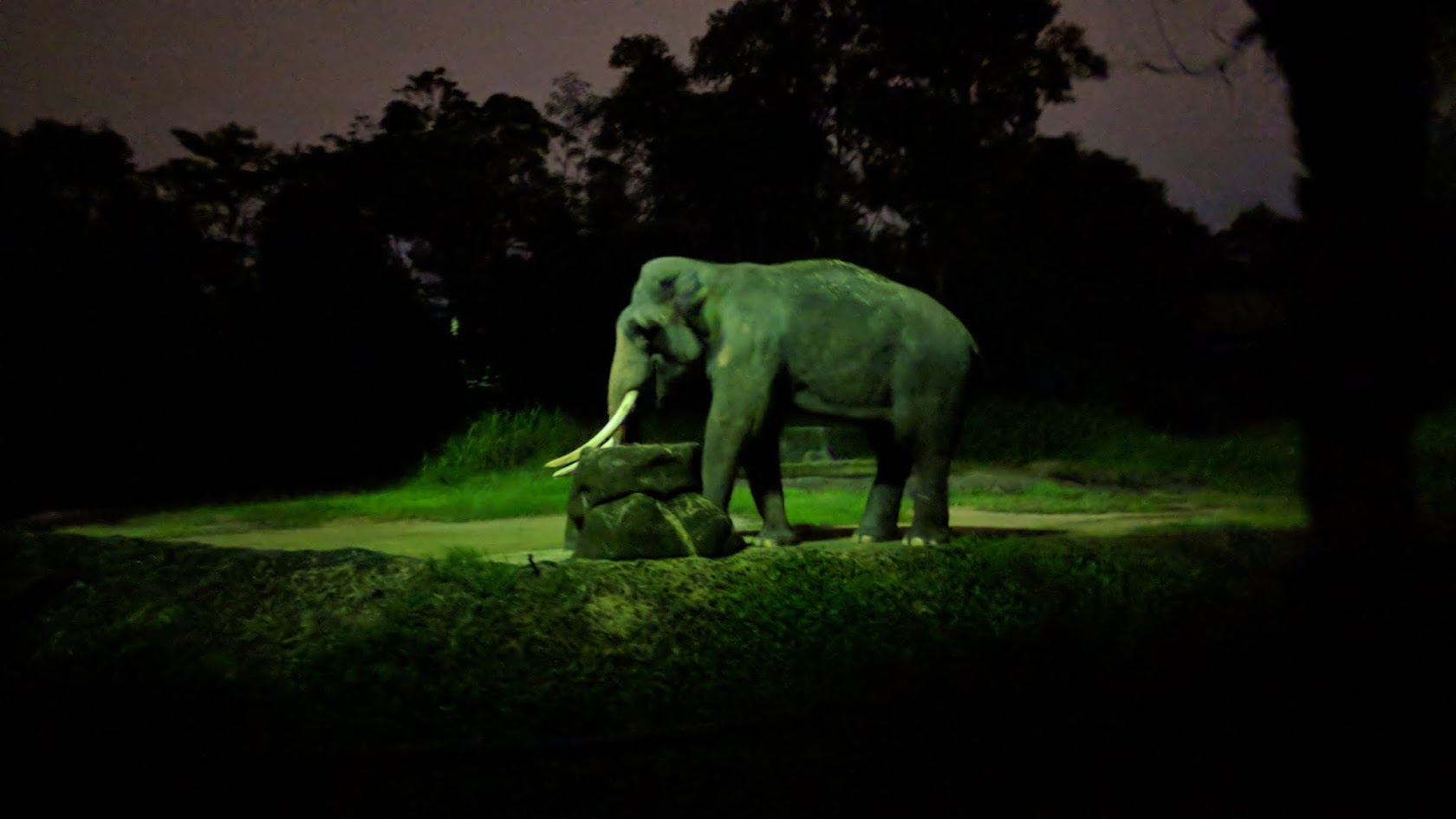 Gordon Ramsay recommends 328 Katong, for Singapore’s famous Laksa. The soup is slightly spicy and contains chili, coconut milk, and evaporated milk. THe fillings contain noodles, shrimp and mushrooms among other things. The other two dishes are Nasi Lemak, which is a rice dish with dried anchovies and a spicy sauce, while the other is Otah, which is a fish cake with spices inside (these two items were probably the only dishes I didn’t like). 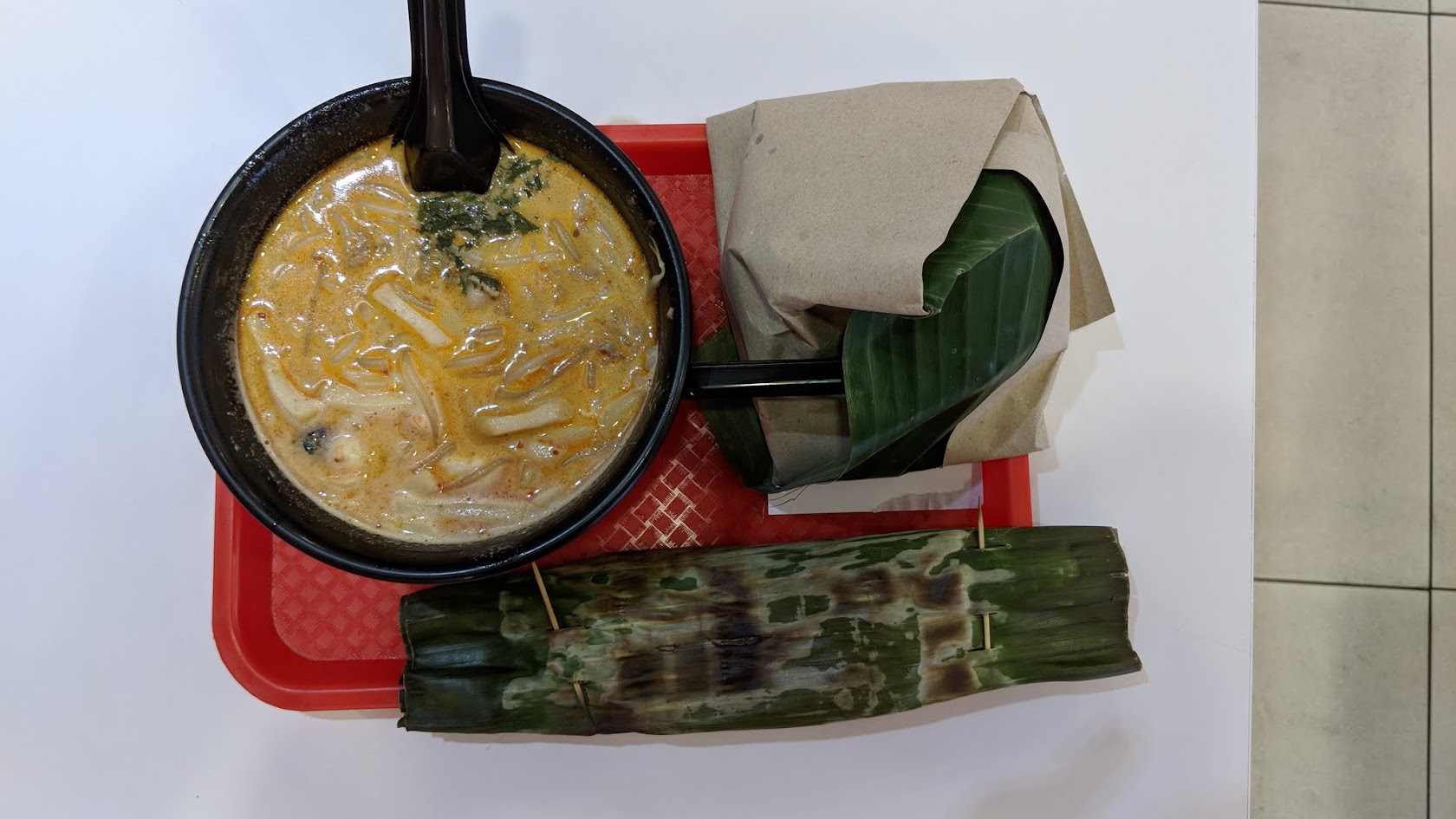 Pretty much all the restaurants and places I went came from recommendations from friends who either grew up in Singapore or lived there. Thanks to them, I got a bit of a local’s perspective on the most awesome places to go!