Because of my trip to Hong Kong, I took the opportunity to visit Macau (perfect for a day trip). I met up with a friend of mine whom I met while studying at UBC, and she took the time to show me around. Language wasn’t an issue since people in Macau speak Cantonese like in Hong Kong and shops will accept Hong Kong Dollars too! 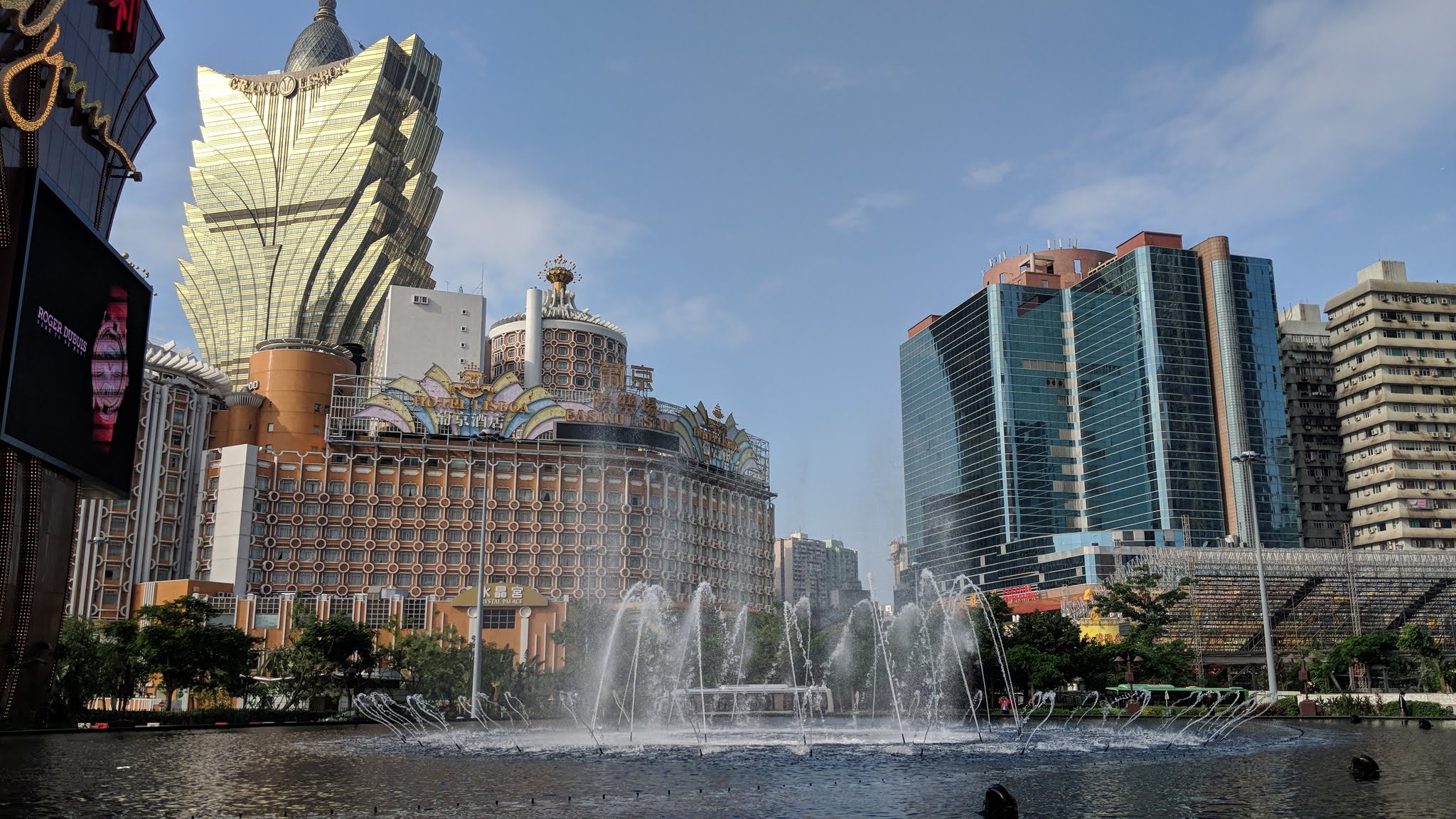 I had always known that Macau used to be a Portuguese colony, and I was impressed to see how much Portuguese architecture remained, considering that a lot of British architecture in Hong Kong no longer remains. 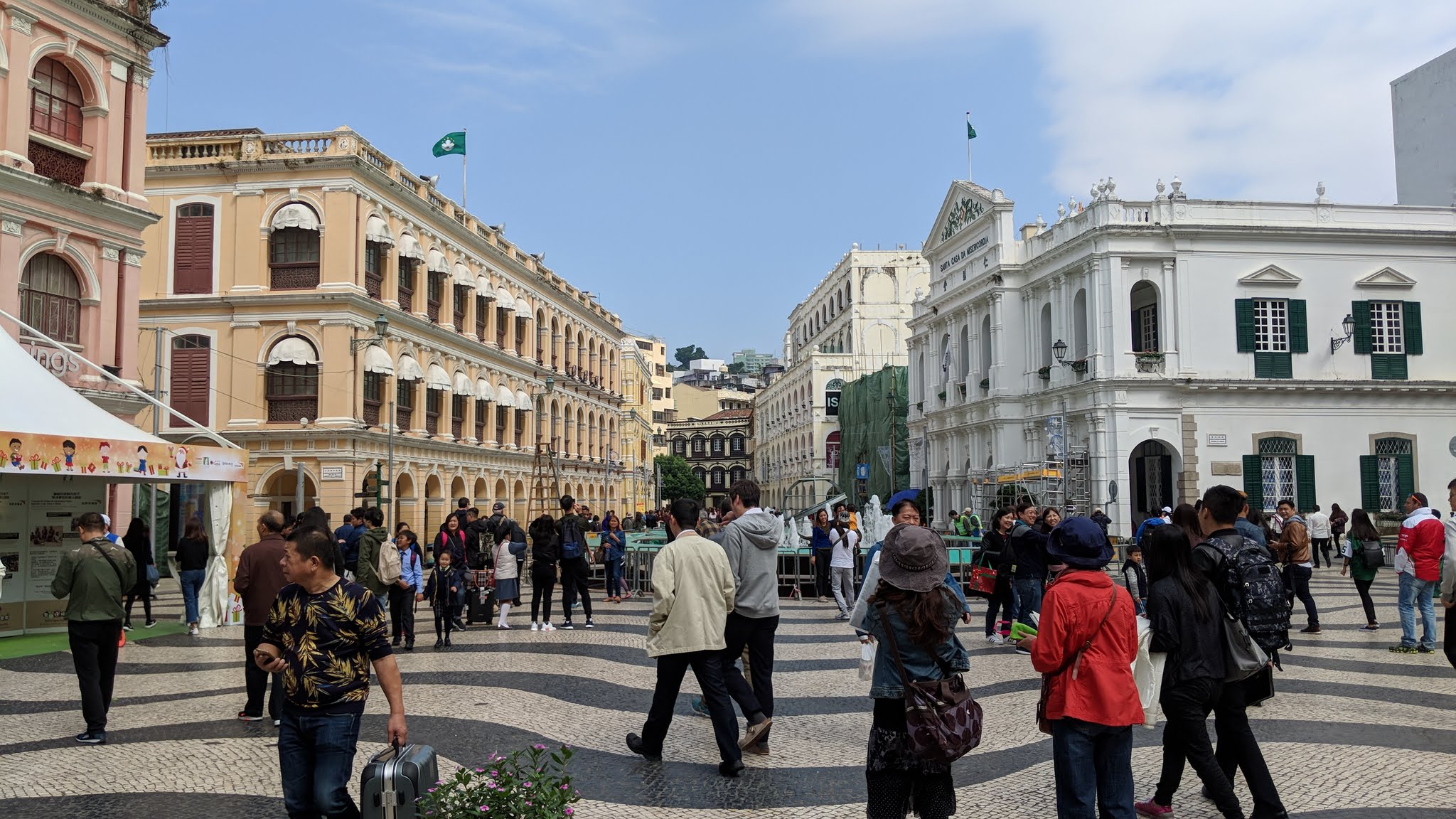 This is probably the most well known landmark in Macau. 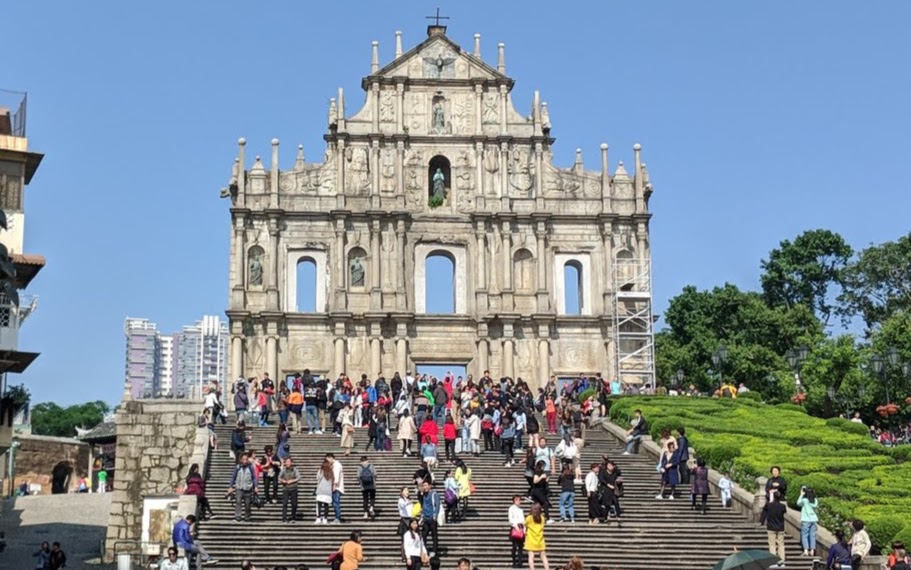 Near the church is a hill that used to be an old Portuguese defense fortification. It’s now the Museum of Macau and offers a view of the surrounding area. 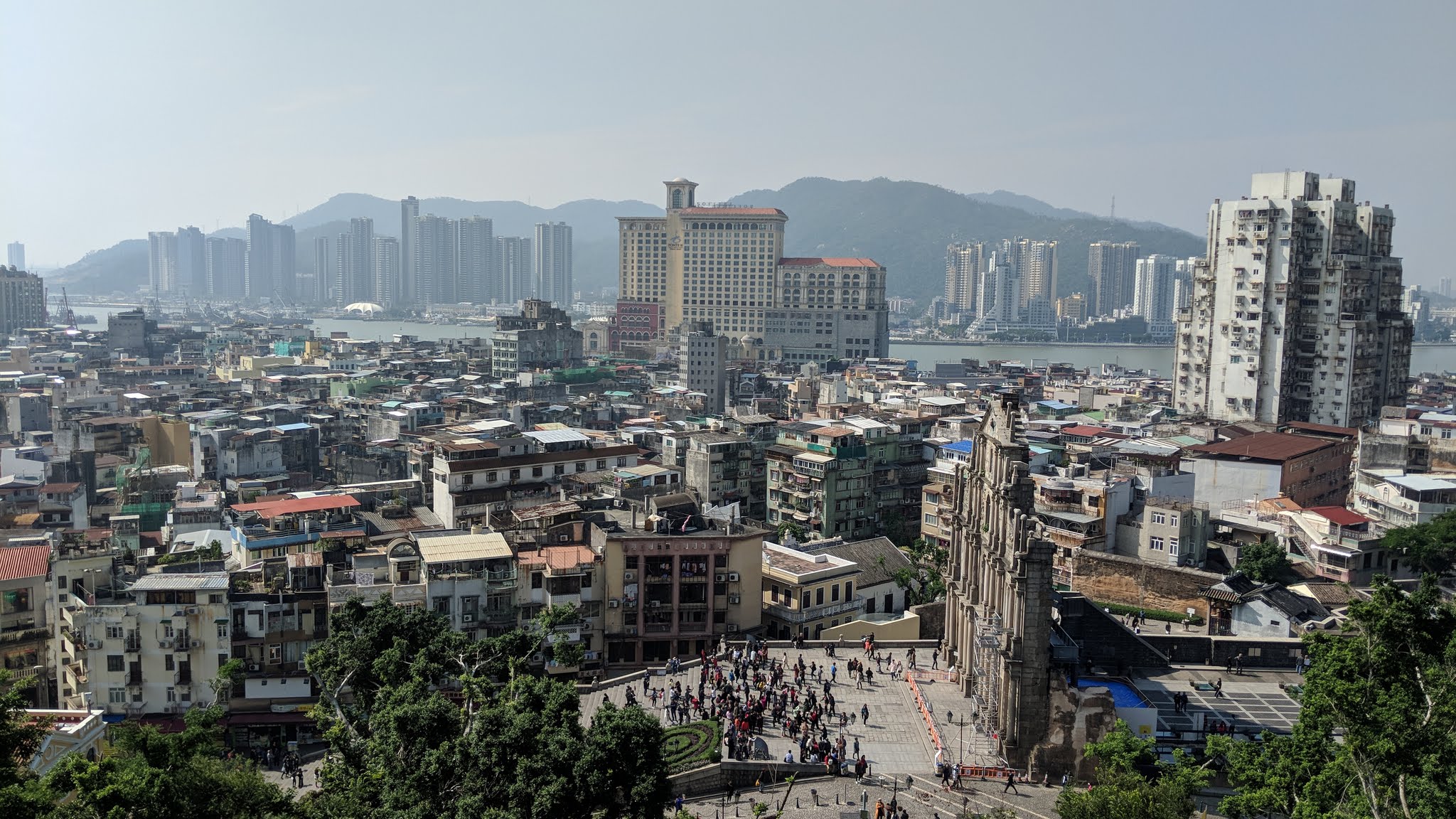 This is A-Ma Temple (媽閣廟) in Macau. In Cantonese, the pronunciation of the characters “媽閣” sounds like Macau, and it is believed to be the origin of the city’s name. Story goes that after the Portuguese sailors landed near the temple, they asked the natives what the name of the place was, and they were told “媽閣”. 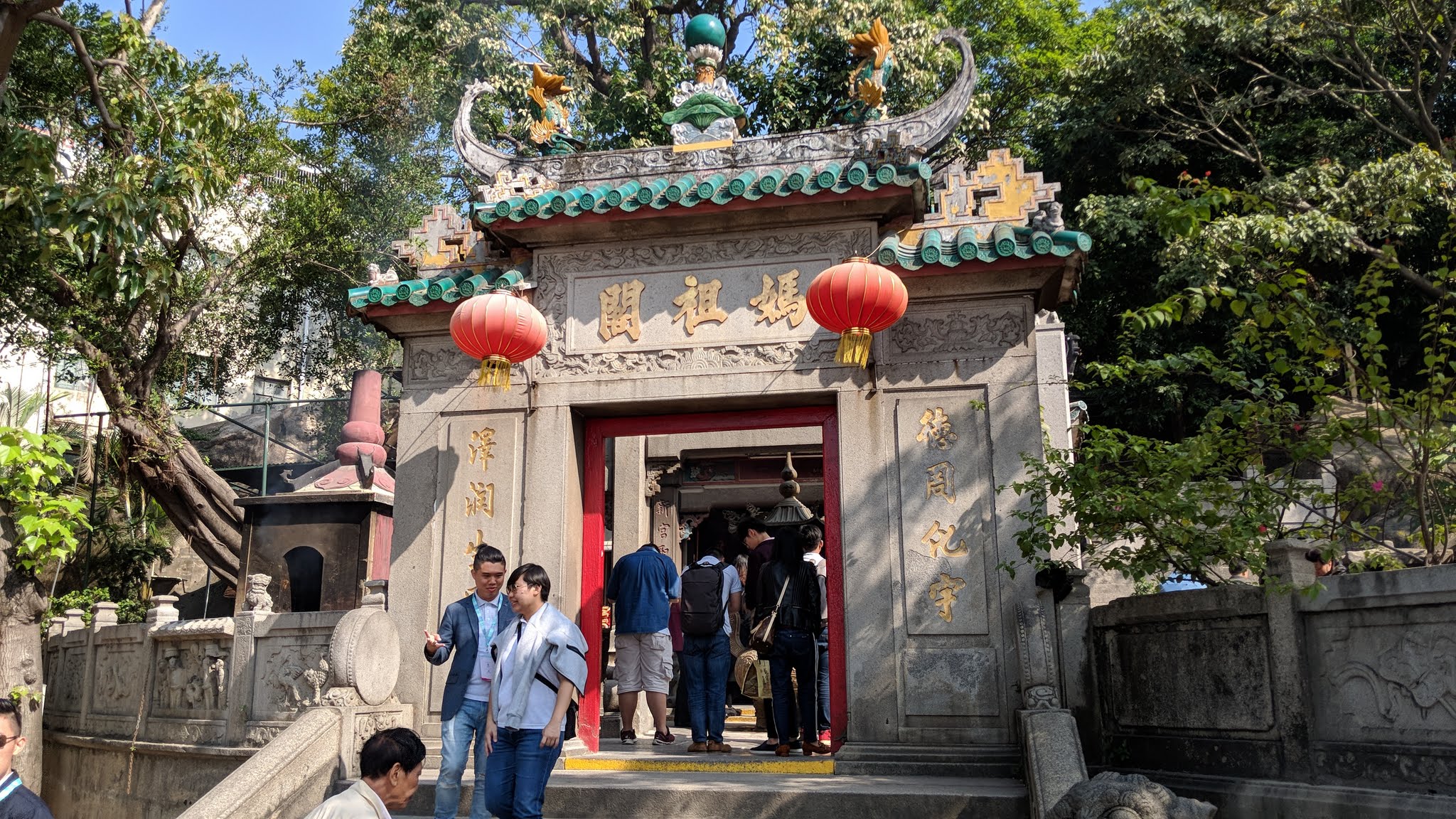 The Mandarin’s House is a great example of a wealthy family’s residence during the late 19th century and early 20th century in China. 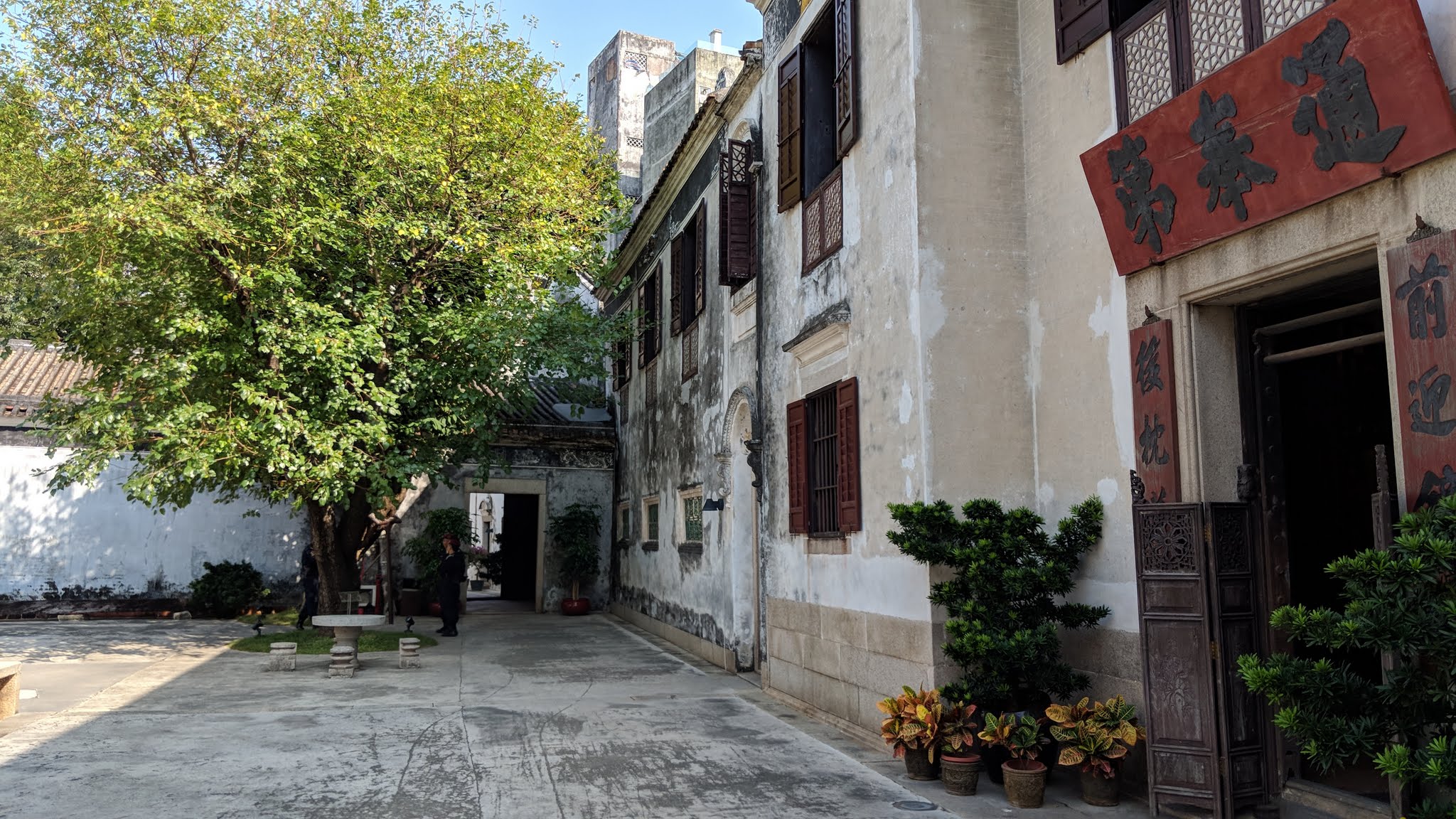 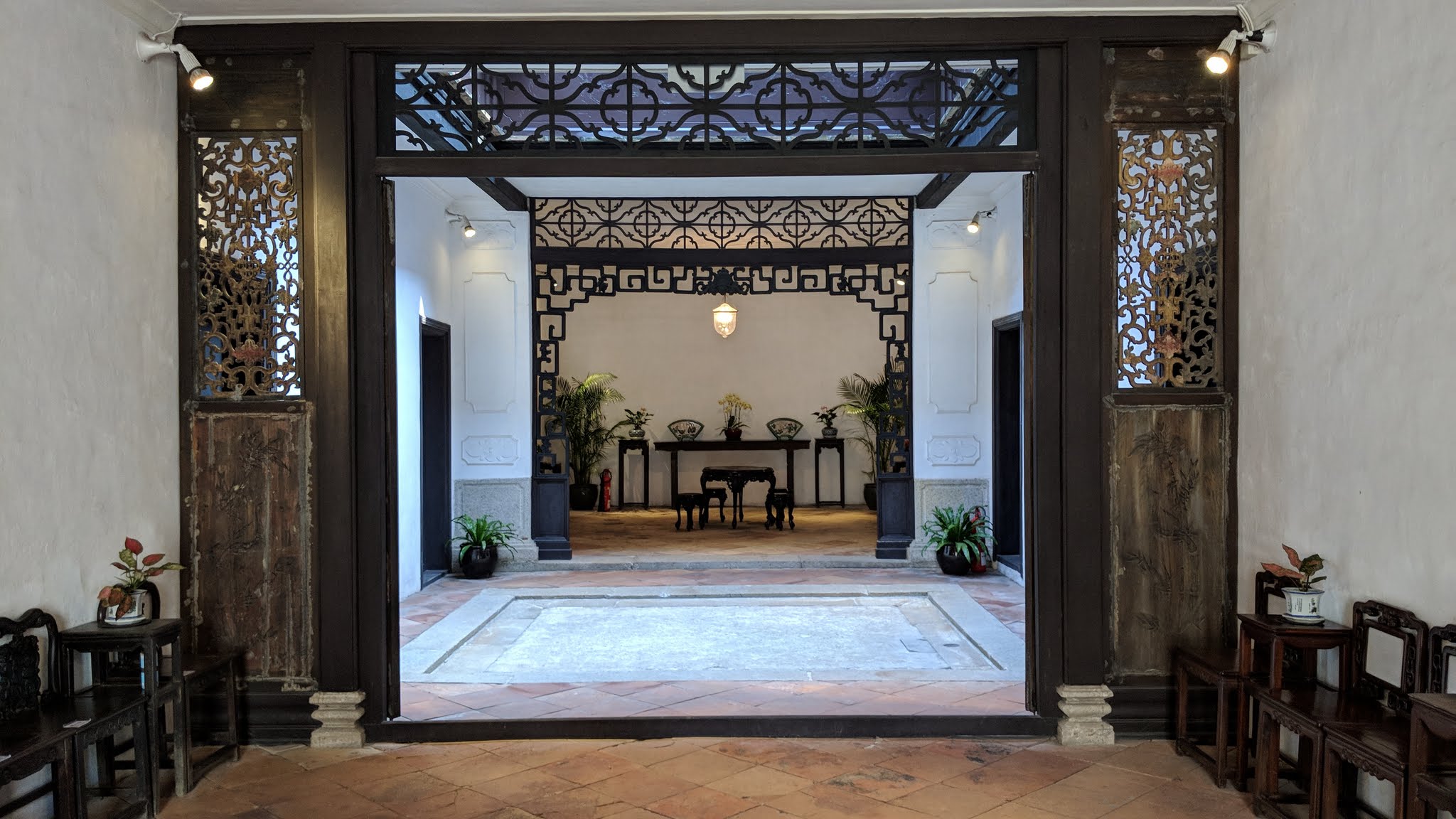 Food-wise, there is the Macanese pork chop bun that I mentioned in this post. On the left at plastic gloves so that people’s hands don’t get dirty. What an idea! 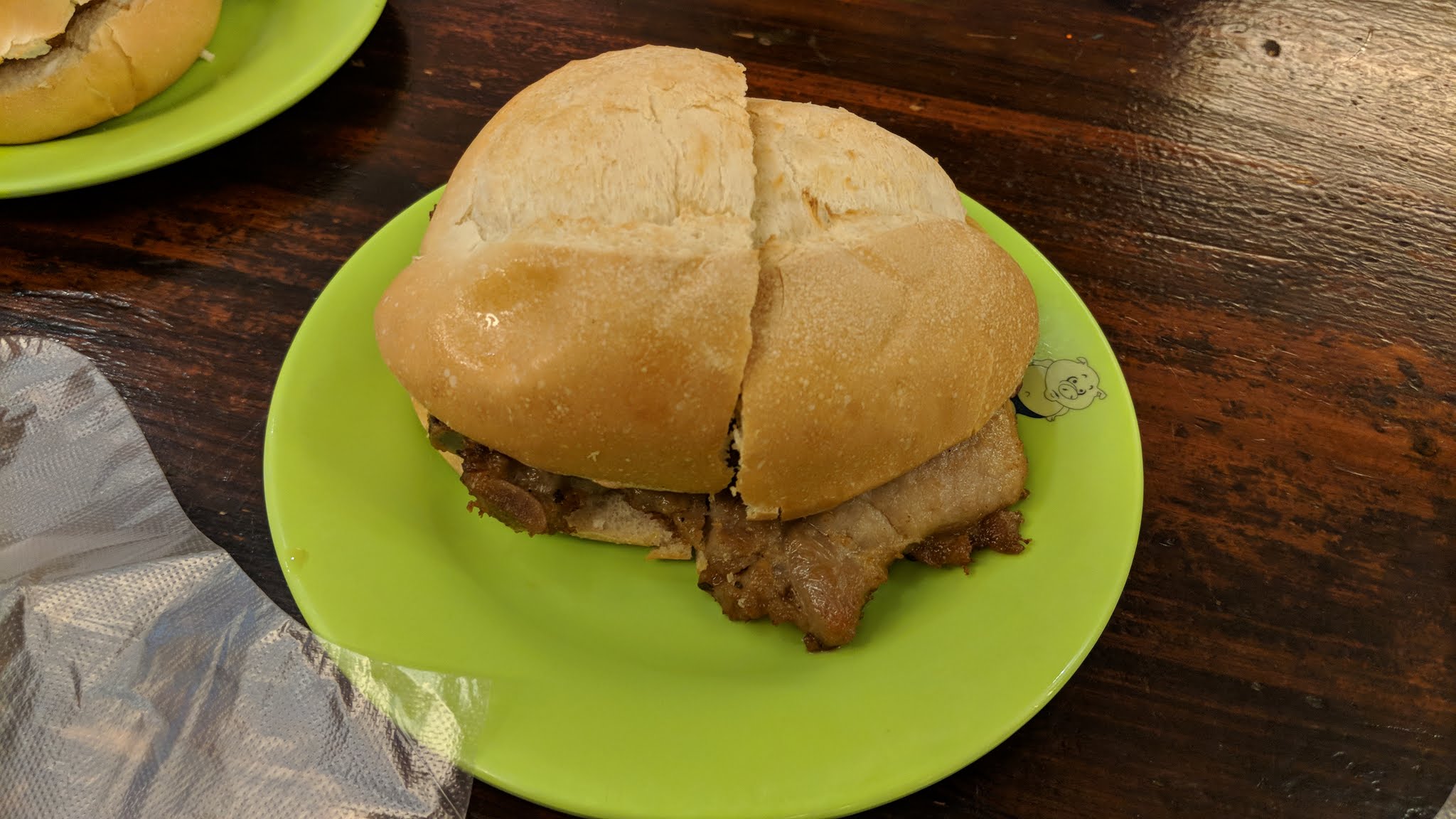 Next up is the deep fried bacalhau (Portuguese for cod). It’s a mixture of mashed up cod and potatoes with other seasonings all deep fried together. 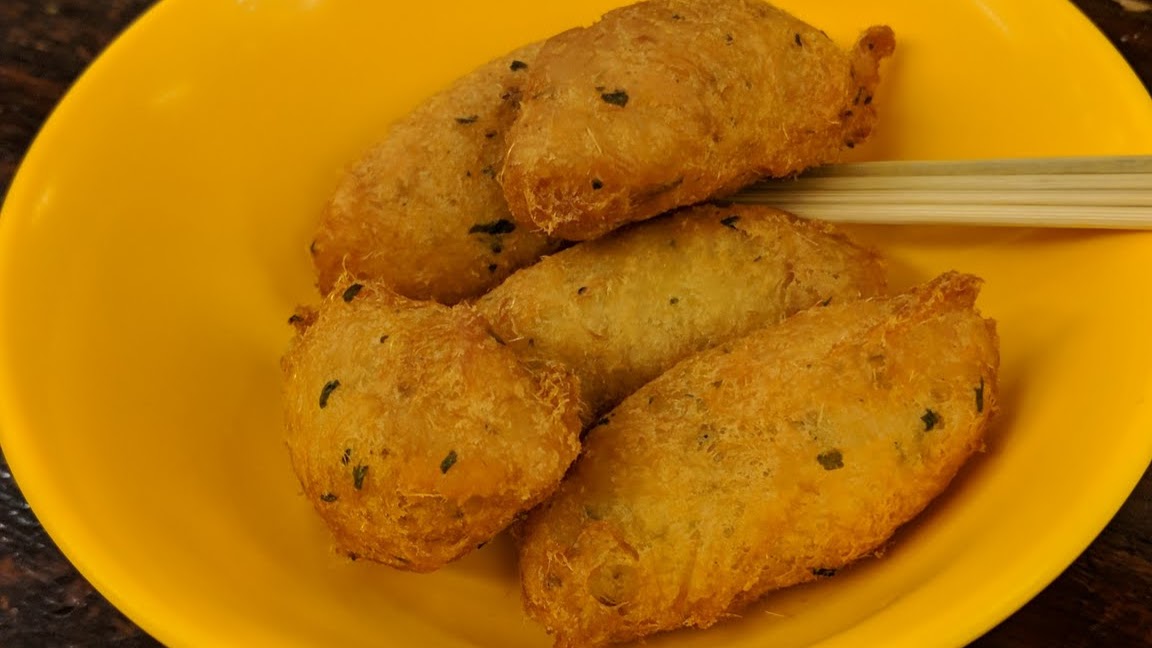 Everywhere in the touristy parts of Macau, people keep trying to sell their almond cookies. 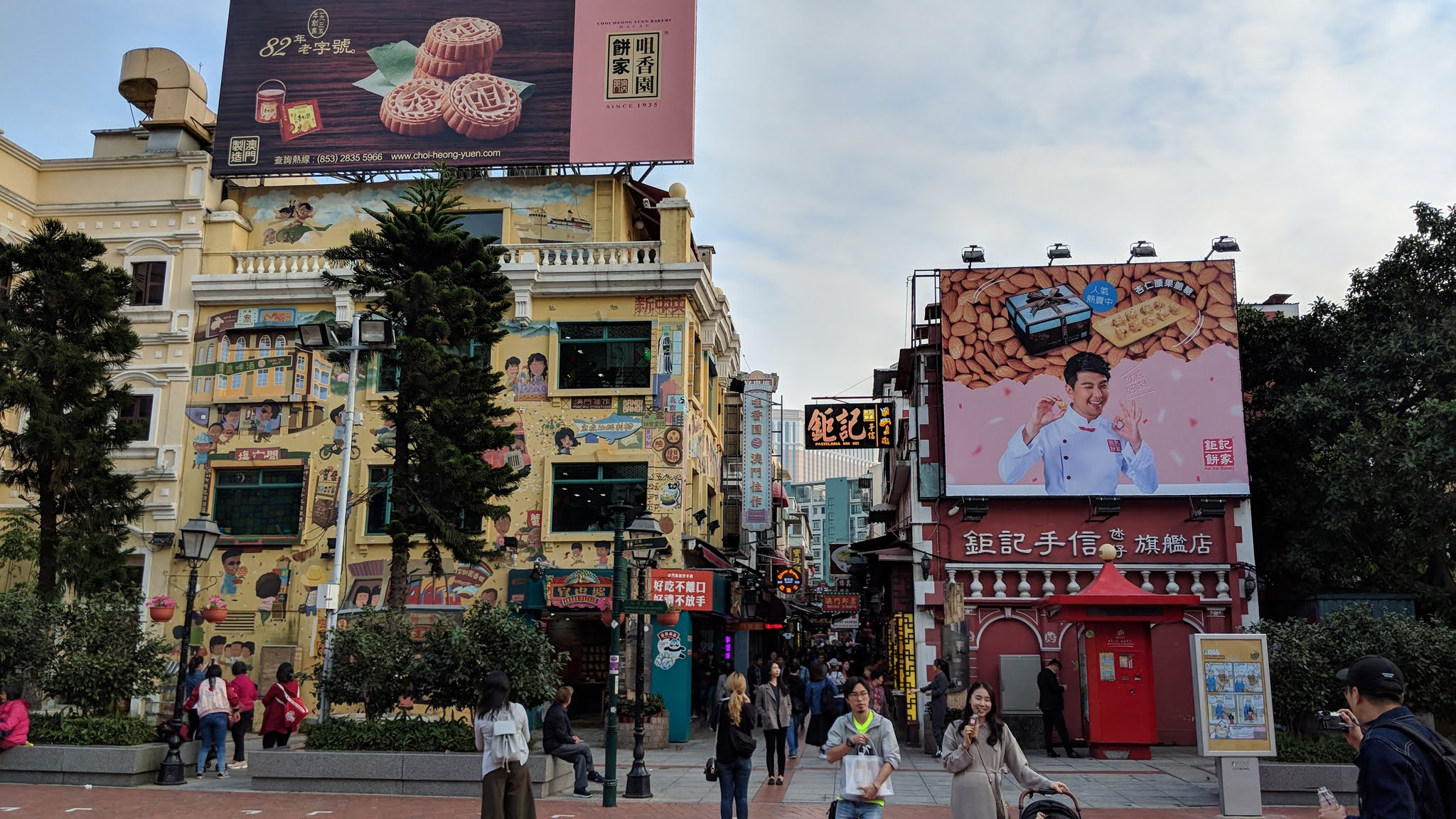 The Portuguese egg tart AKA the pastel de nata, is another famous food in Macau. It’s got a soft and crunchy outside and a sweet egg custard on the inside. 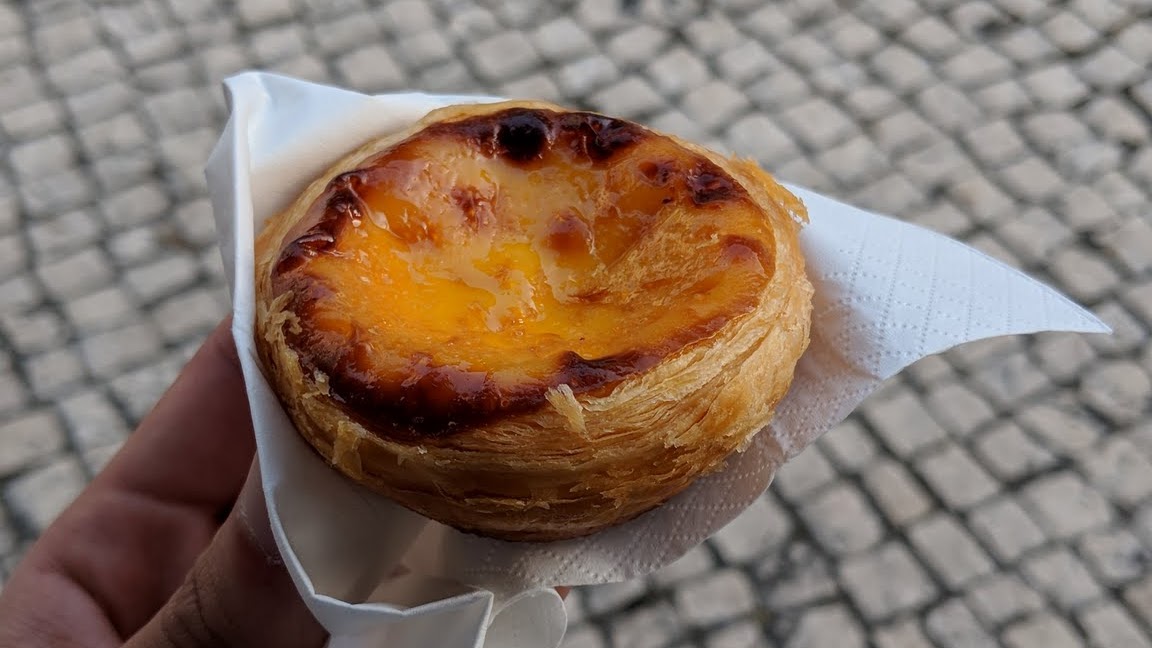 Not sure if this is a Portuguese or Macanese thing, but we were served super fresh shrimp that were cooked with super high temperatures over hot pebbles. The server showed us the shrimp to start and they were alive and kicking.

Then they turned into this. 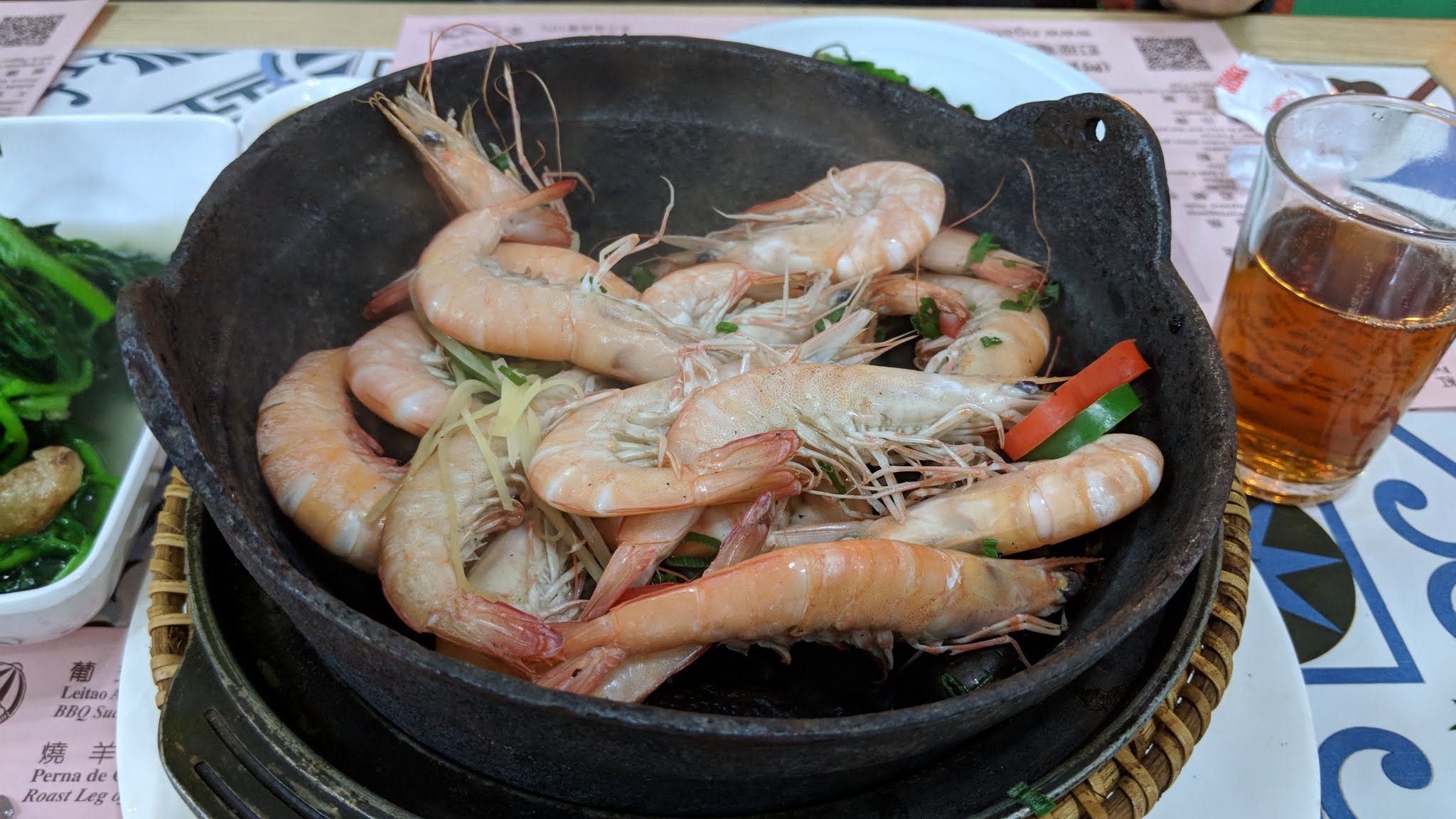 I can’t say no to roasted pork. 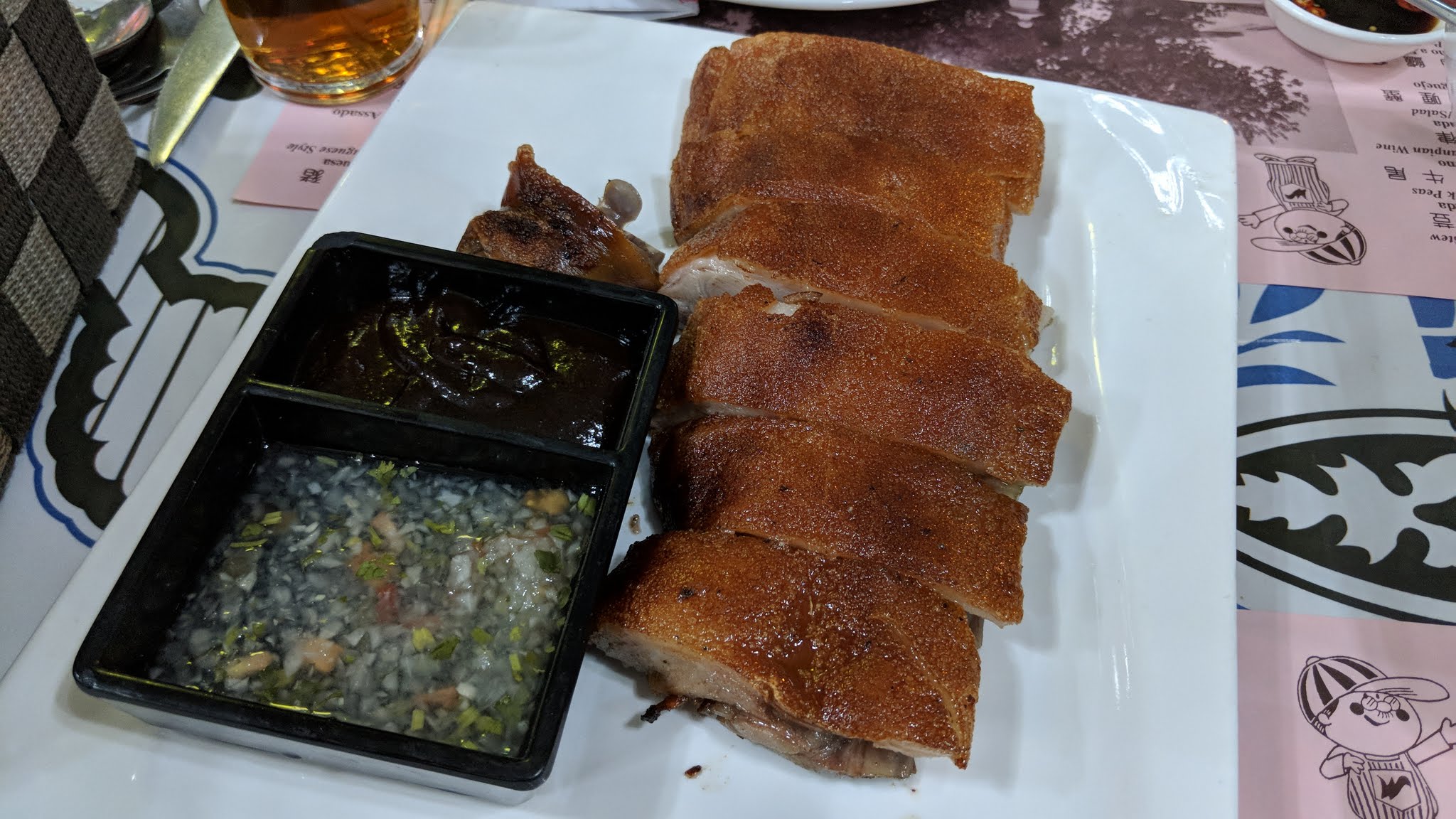 While we were there, it just to happened to be the annual Macau Food Festival. Perfect for the seafood lovers out there. 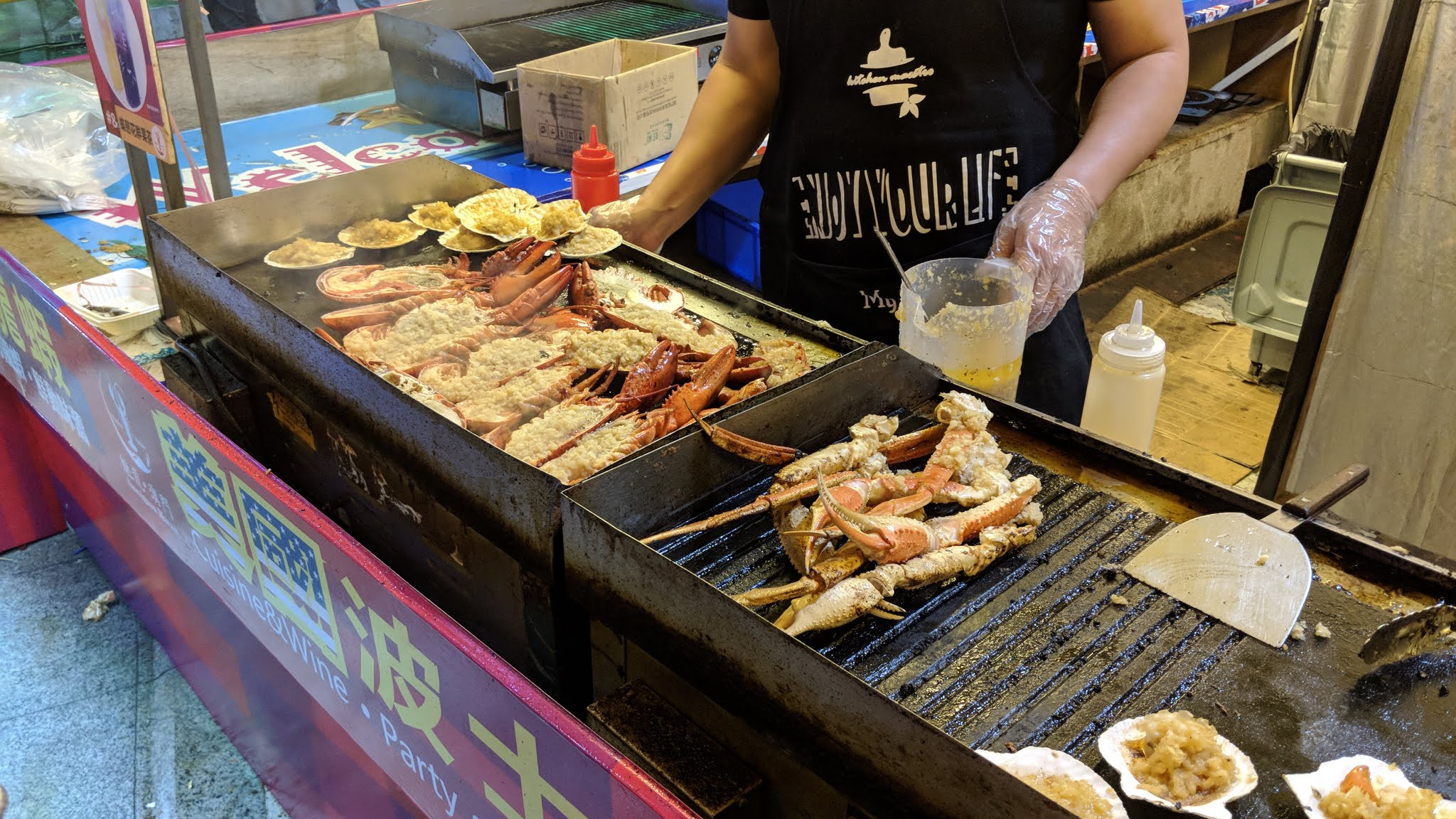 Many people come to Macau for its casinos. It’s like the Las Vegas of Asia. Each of them set up grand, extravagant displays for their customers – like this giant fish tank at the MGM. 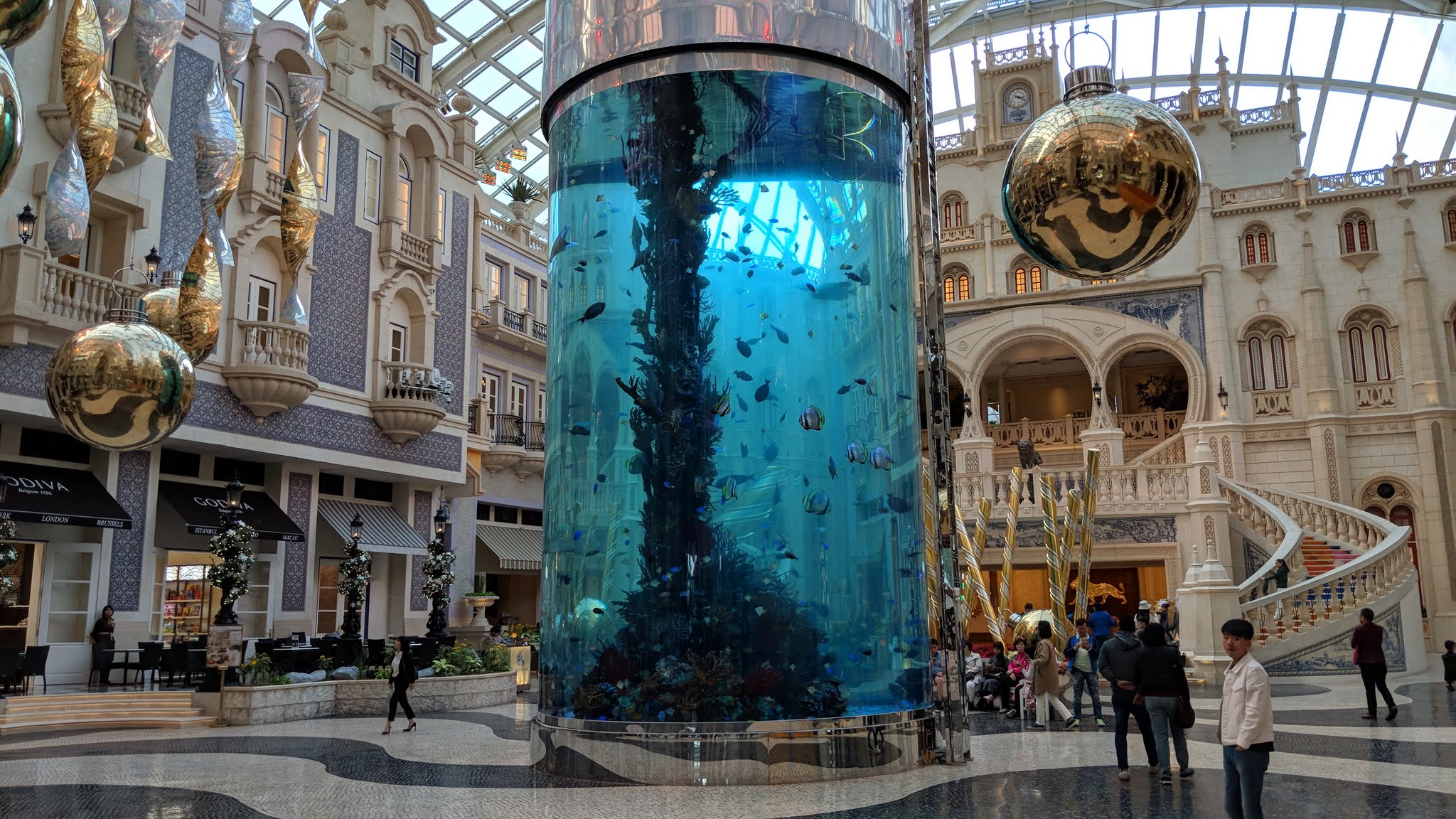 The Venetian is also in Macau and it’s quite similar in design to the one in Las Vegas. They even have the people singing for you on the rowboat too. 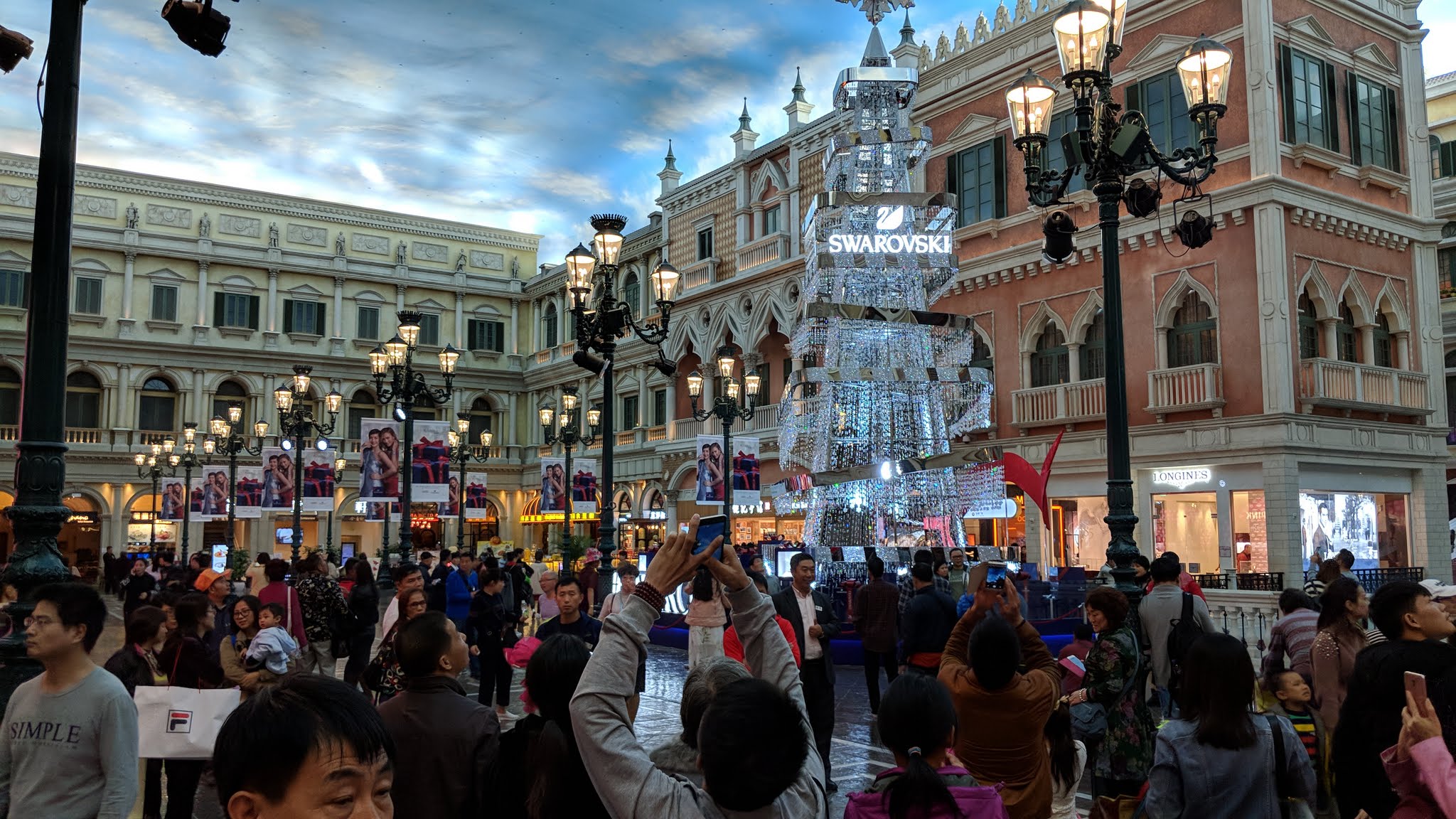 As is the Parisian with their mini Eiffel Tower and Versailles-like interiors. 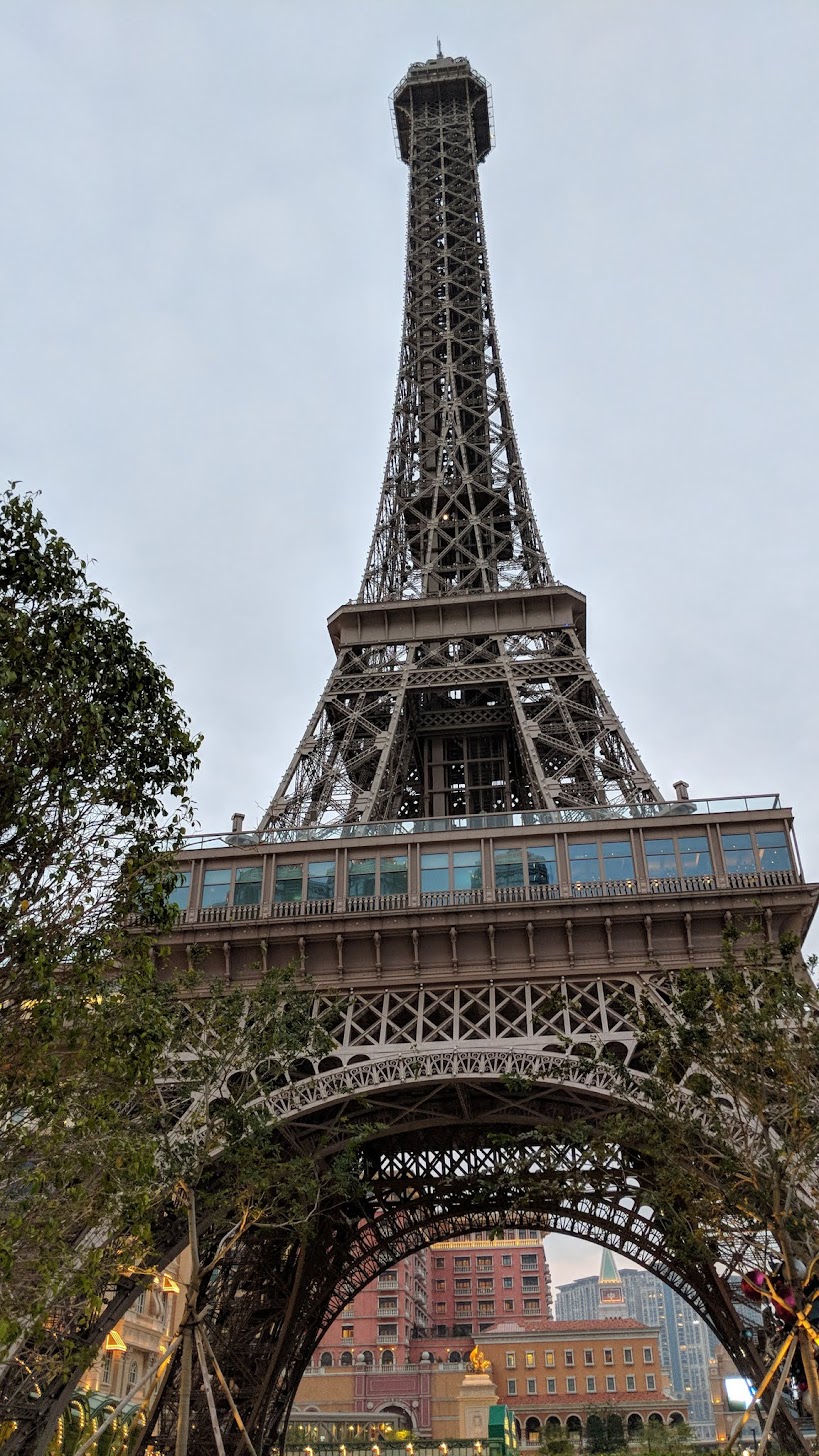 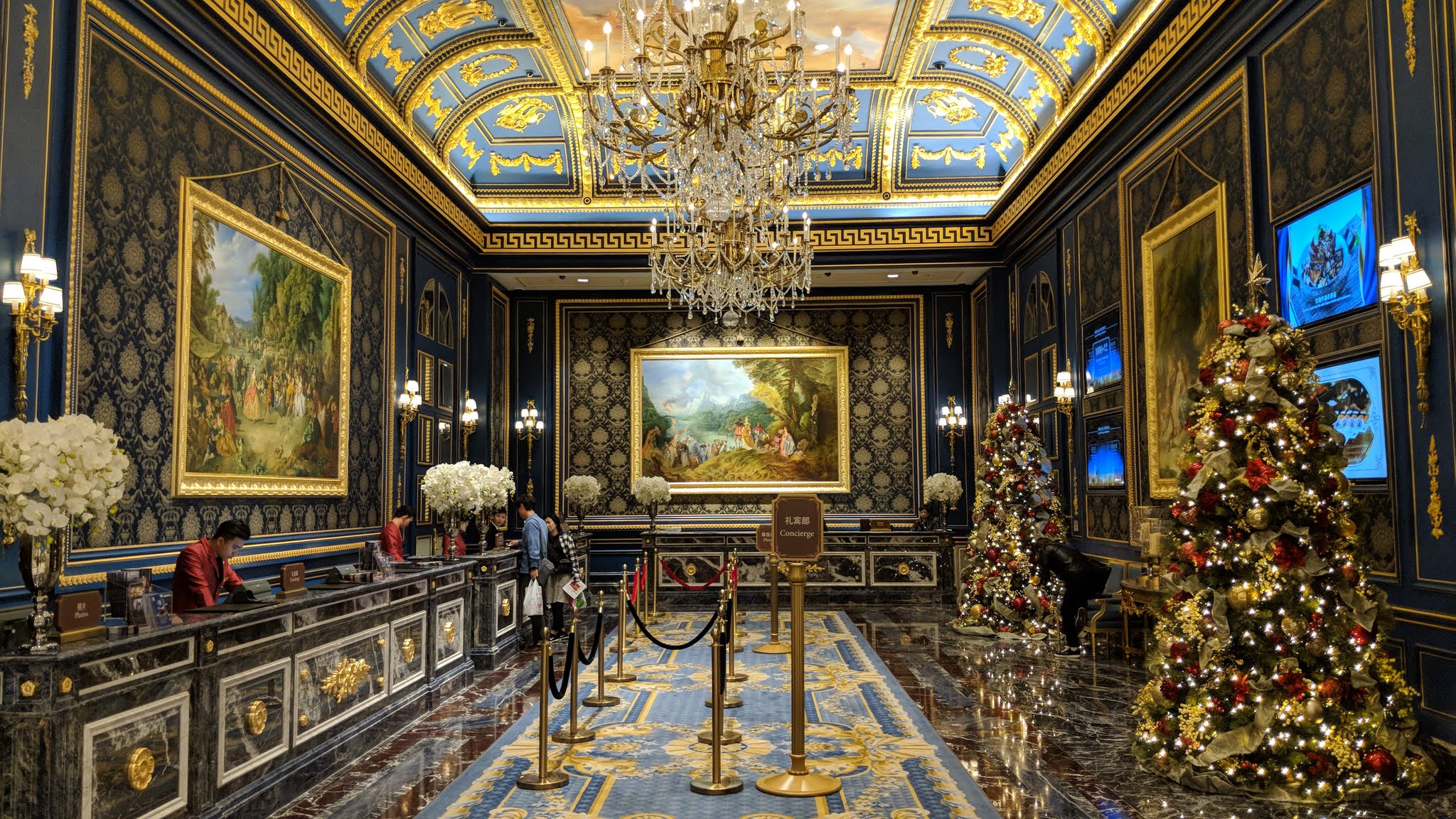 At the Wynn Palace (I think), there’s a Ferris wheel made of real flowers. There’s even a free gondola ride to take customers into the casino! 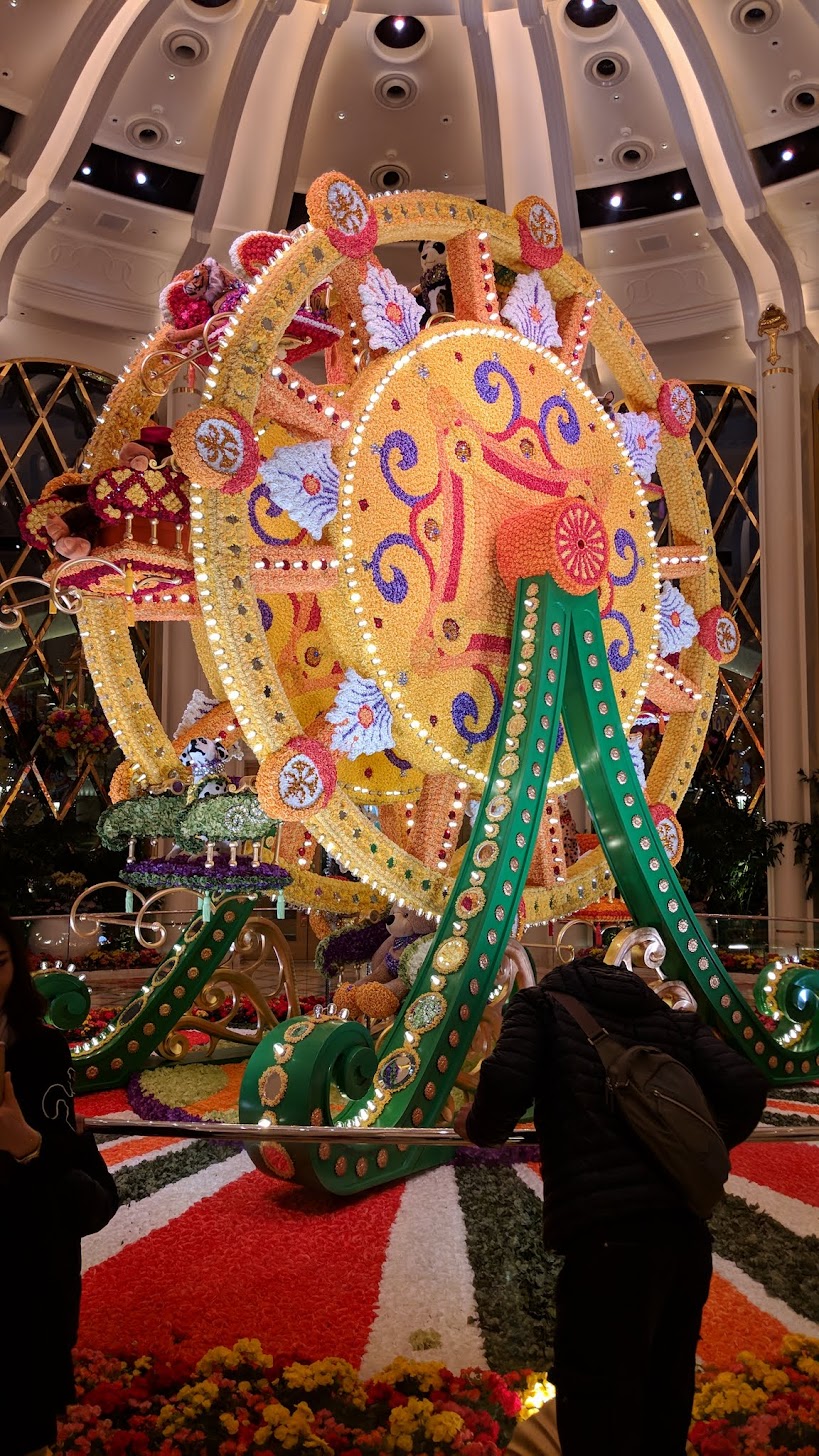 I was lucky that I had a friend take me around Macau that day, otherwise I definitely wouldn’t have been able to visit so many places!